Do you want to save dozens of hours in time? Get your evenings and weekends back? Be able to teach about Marina Oswald to your students? 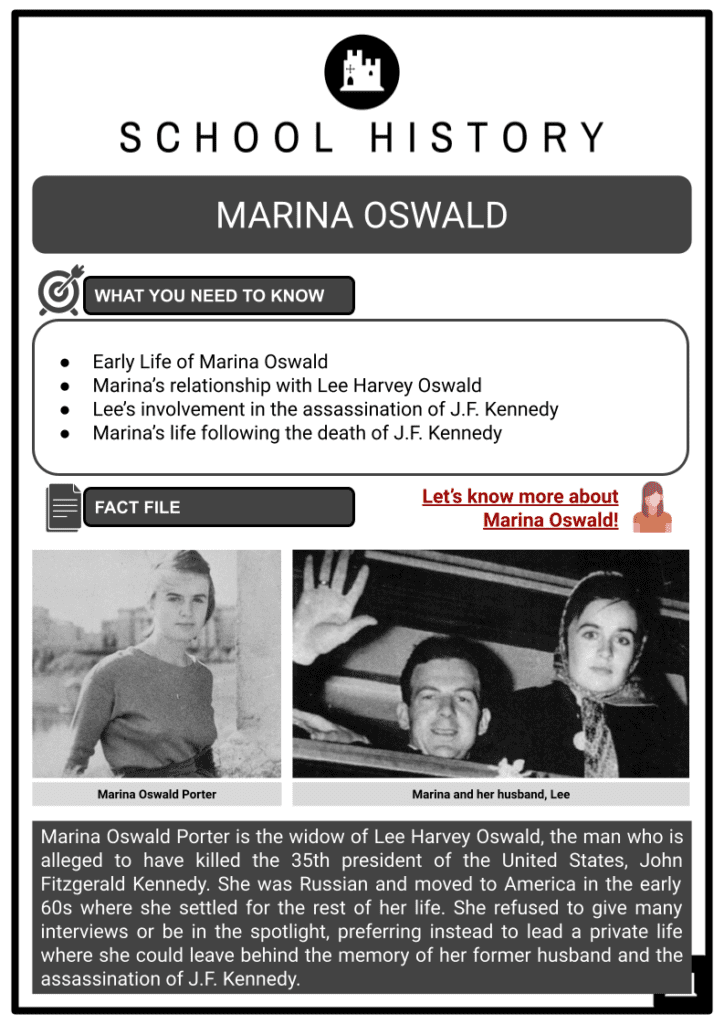 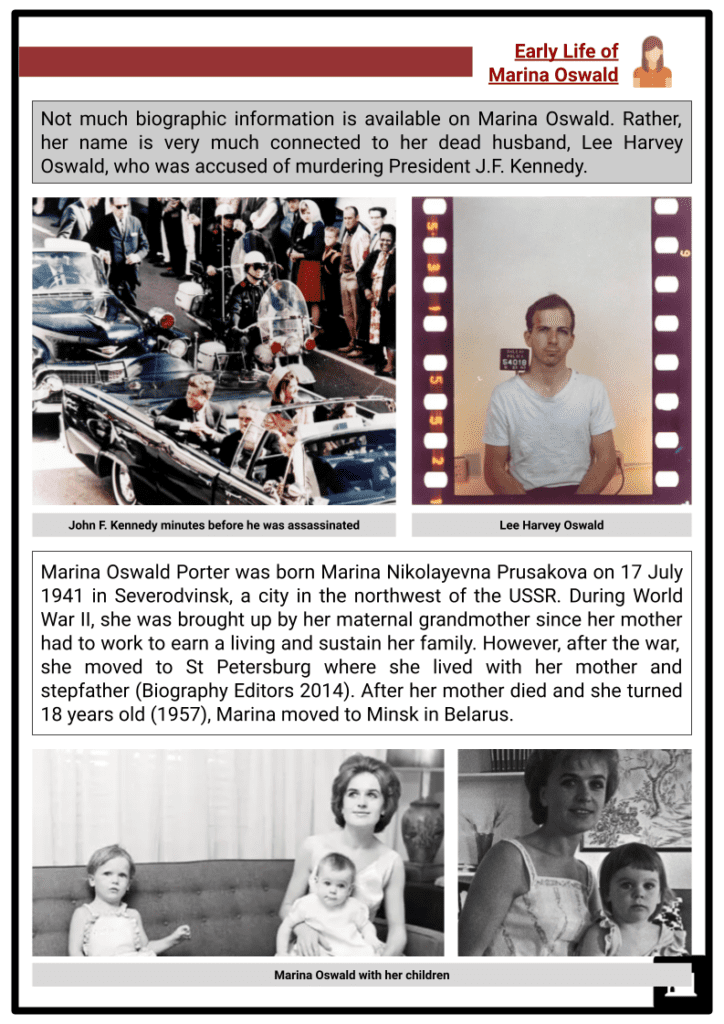 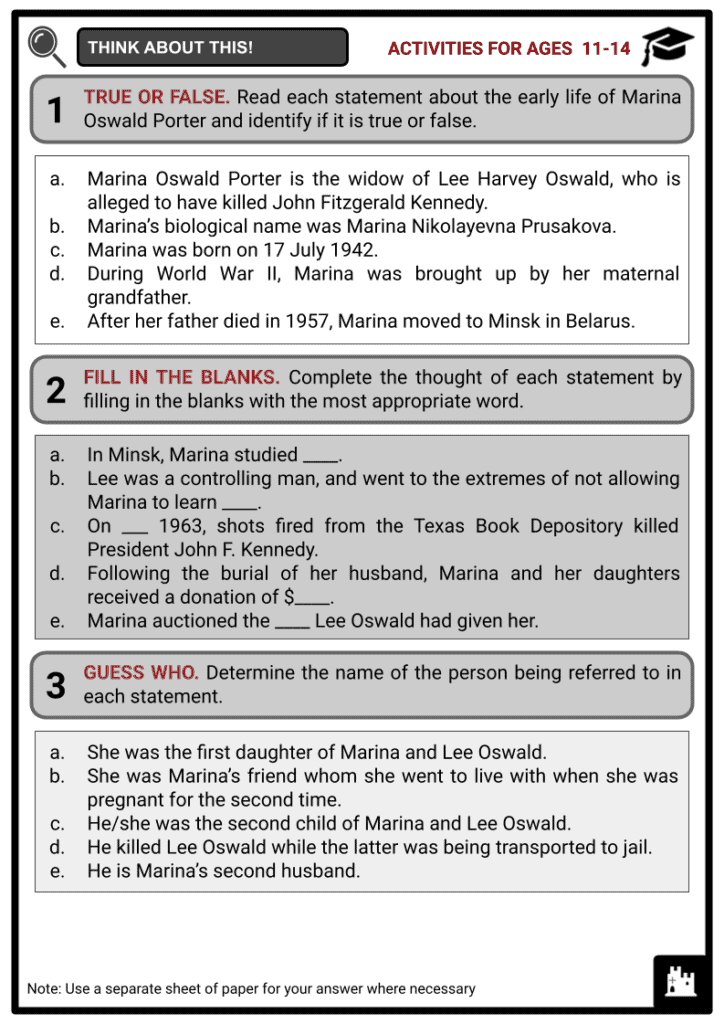 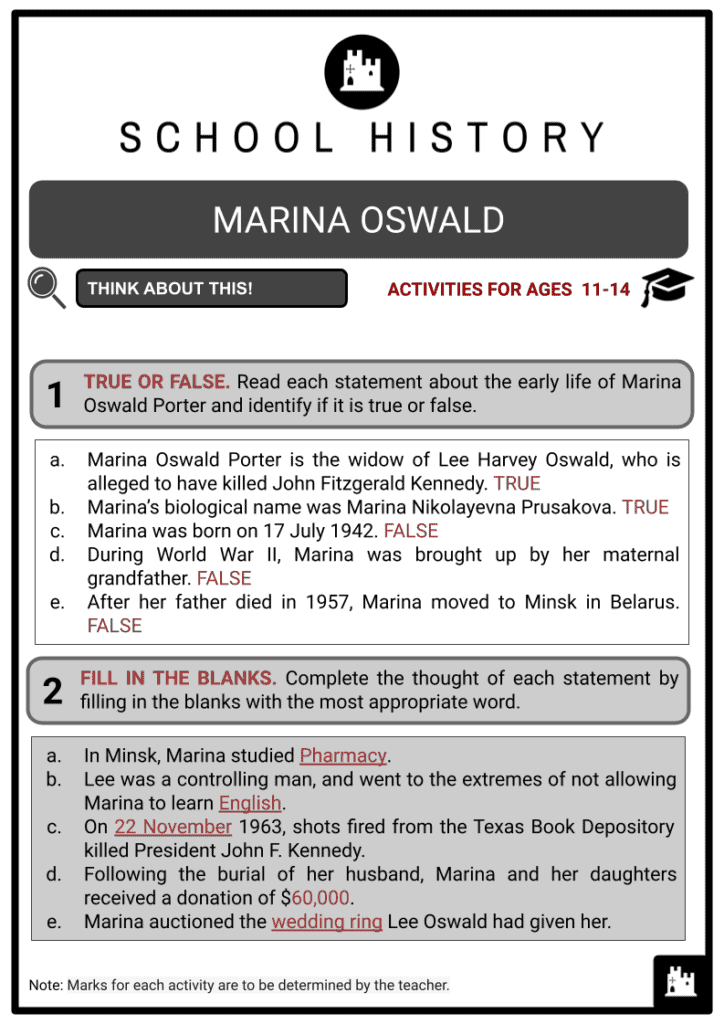 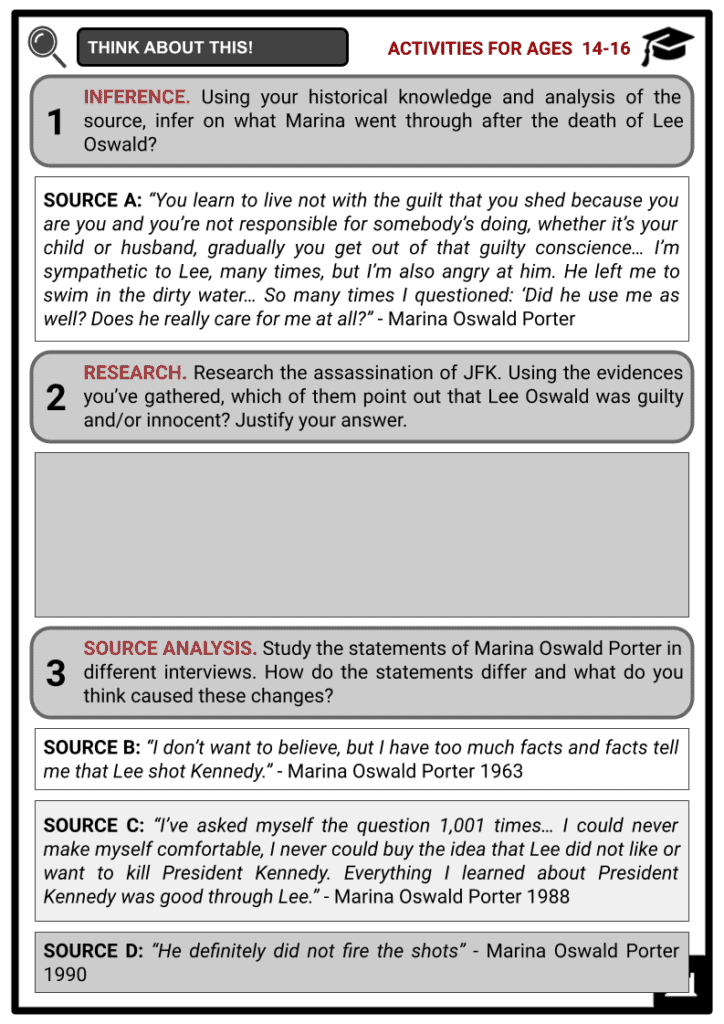 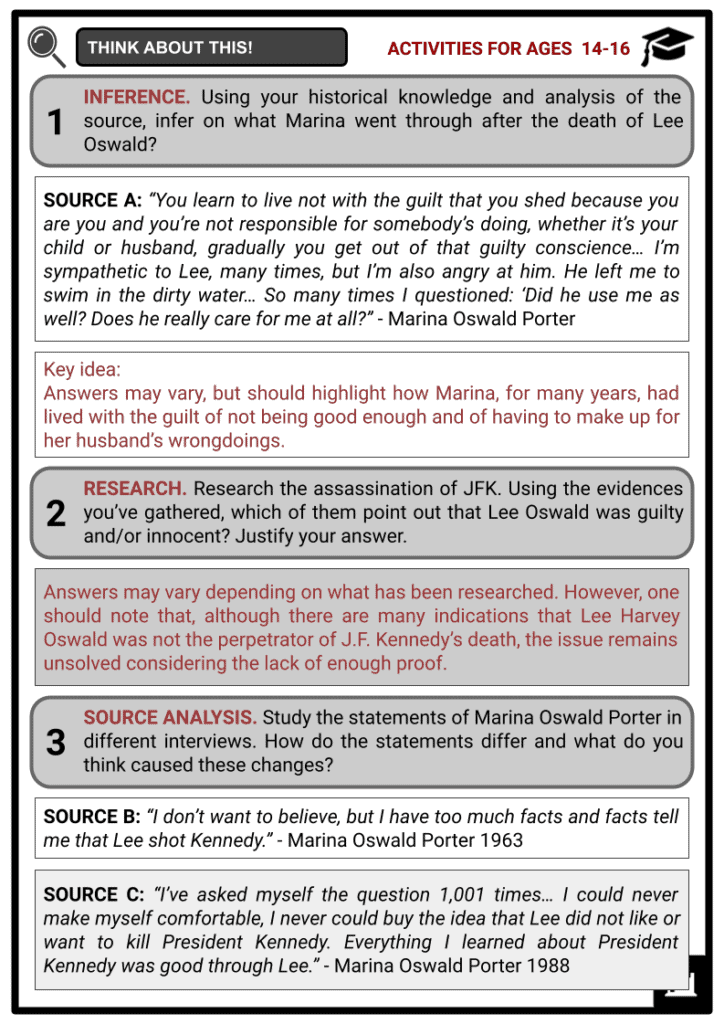 Following the death of J.F. Kennedy

Marina: “I don’t want to believe, but I have too much facts and facts tell me that Lee shot Kennedy. [...] I want to thank you, American people, thank you from me and from my children,” she said. “American people have very big heart. […] I loved Lee. I’m sorry for him. Because he died very young” (Aasen 2013).