Do you want to save dozens of hours in time? Get your evenings and weekends back? Be able to teach about Meiji Japan to your students? 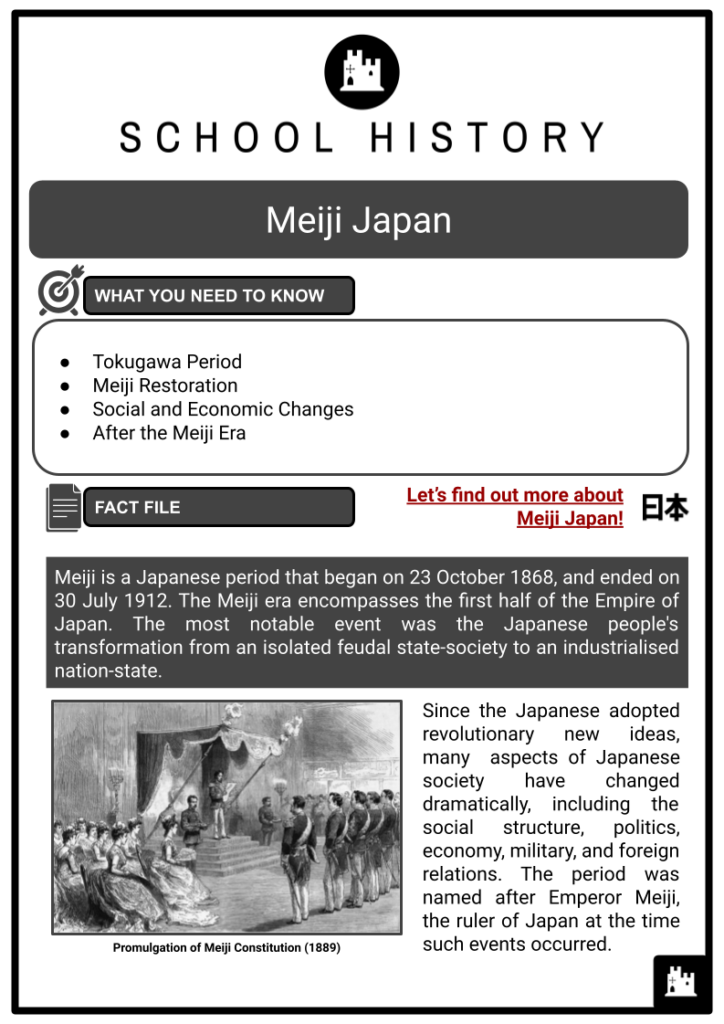 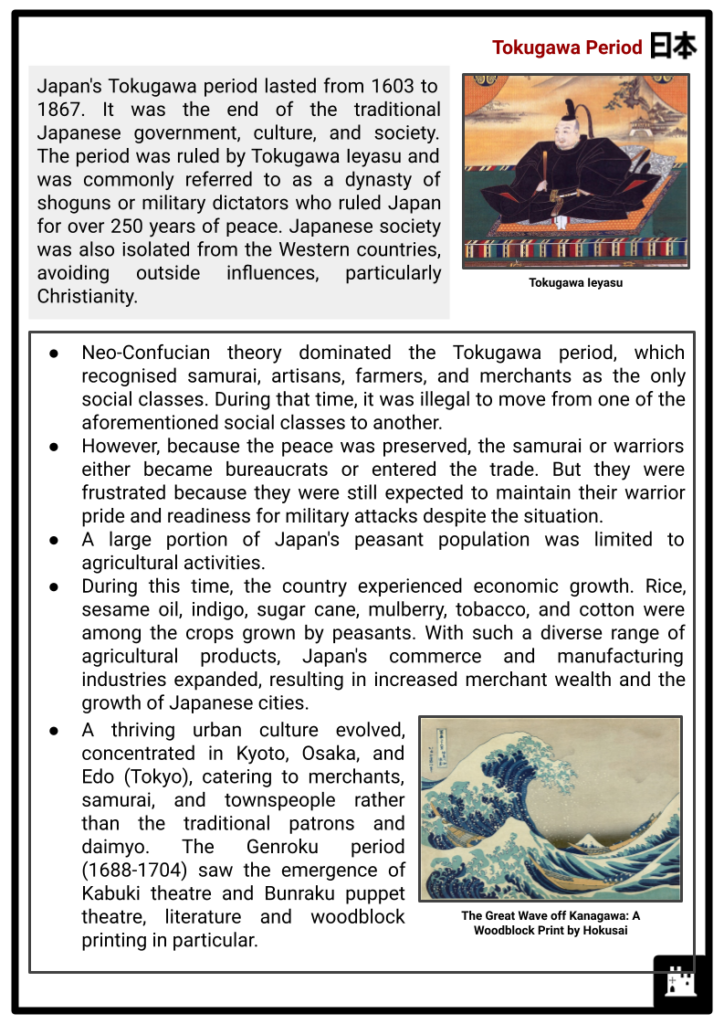 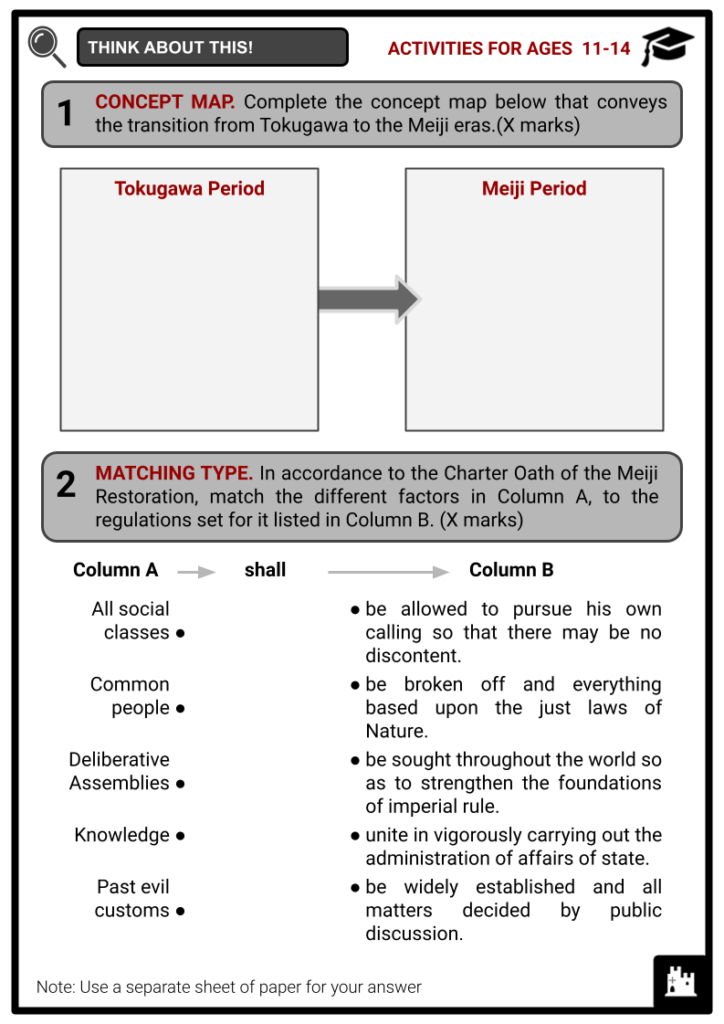 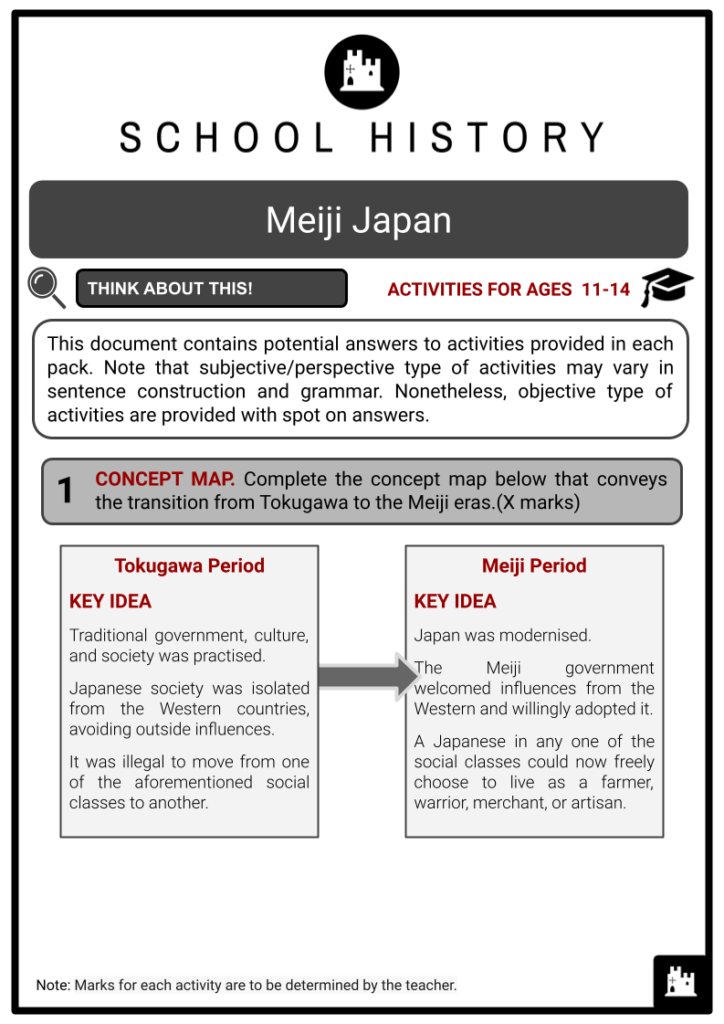 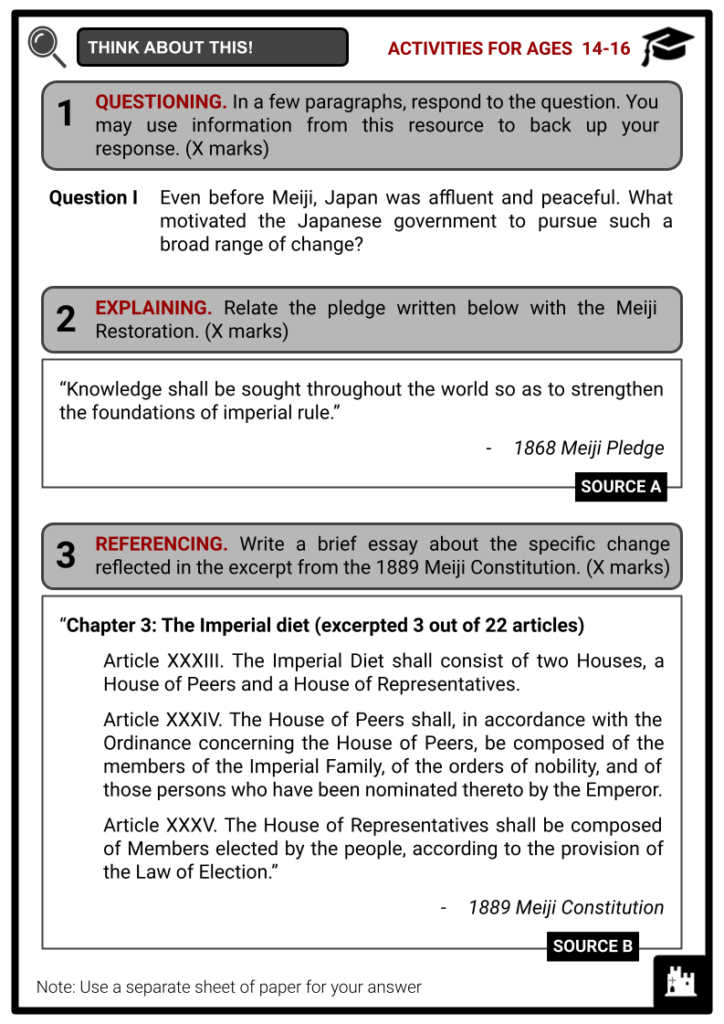 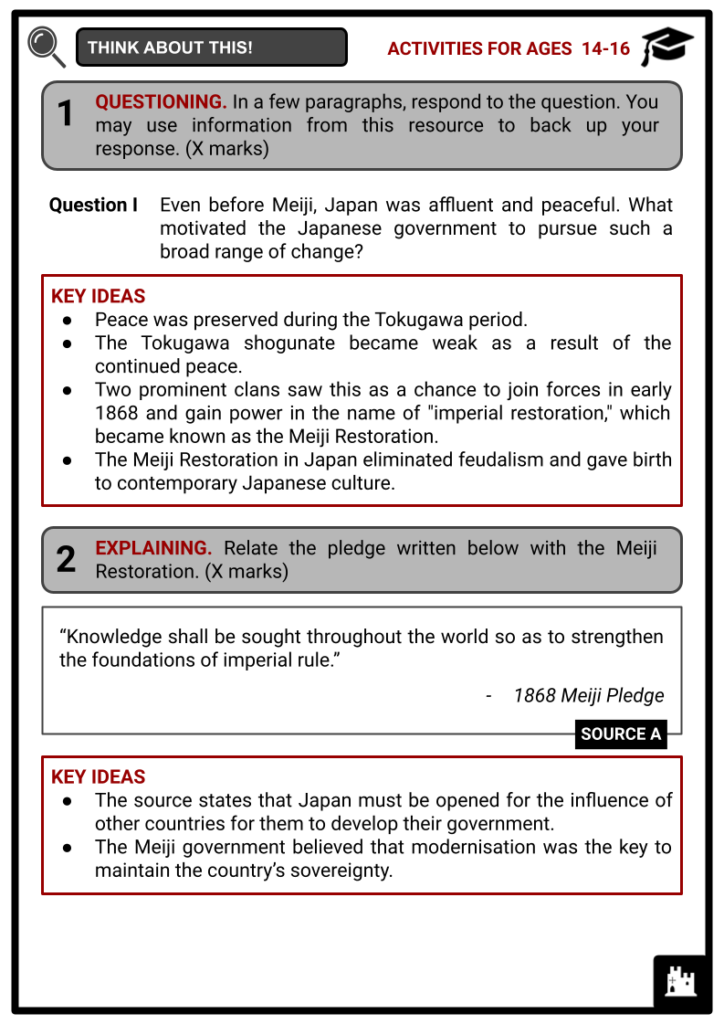 Meiji is a Japanese period that began on 23 October 1868 and ended on 30 July 1912. The Meiji era encompasses the first half of the Empire of Japan. The most notable event was the Japanese people's transformation from an isolated feudal state-society to an industrialised nation-state.

Since the Japanese adopted revolutionary new ideas, many aspects of Japanese society have changed dramatically, including the social structure, politics, economy, military, and foreign relations. The period was named after Emperor Meiji, the ruler of Japan at the time such events occurred.

The Charter Oath of the Meiji Restoration (1868)

“By this oath we set up as our aim the establishment of the national on a broad basis and the framing of a constitution and laws.

After the Meiji Era