The Balfour Declaration of 1917 Facts & Worksheets

Do you want to save dozens of hours in time? Get your evenings and weekends back? Be able to teach The Balfour Declaration of 1917 to your students? 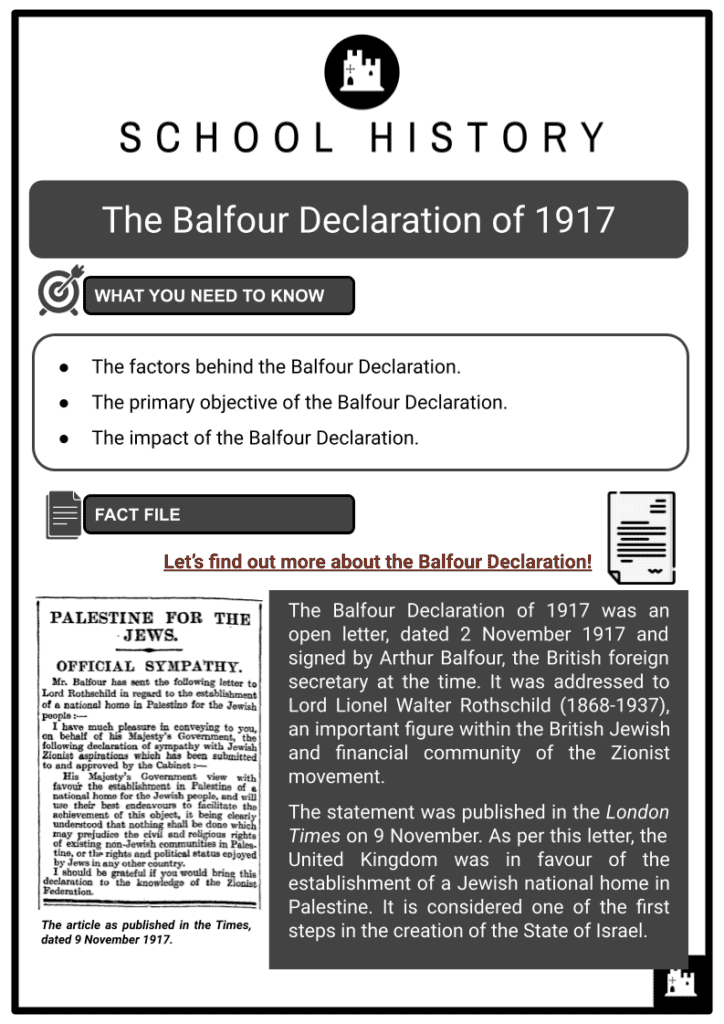 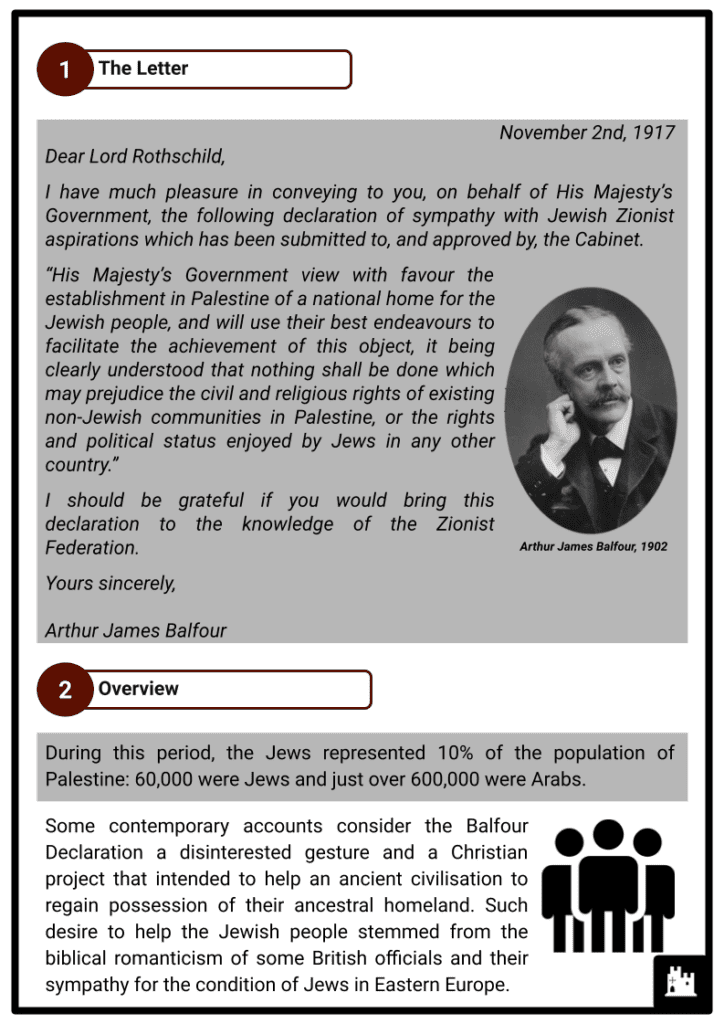 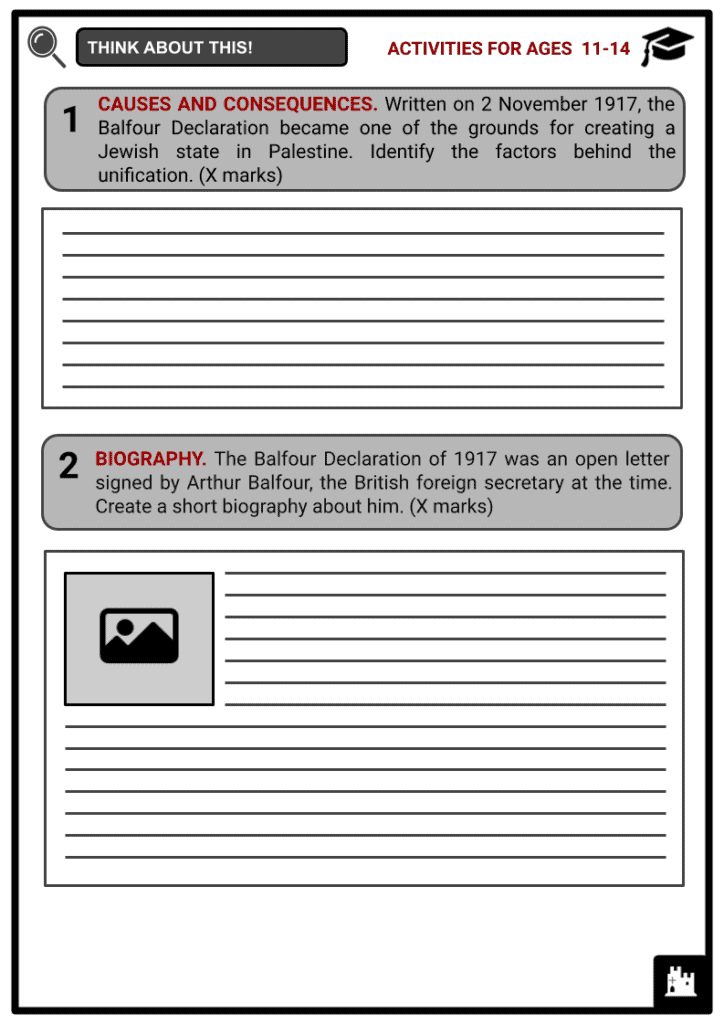 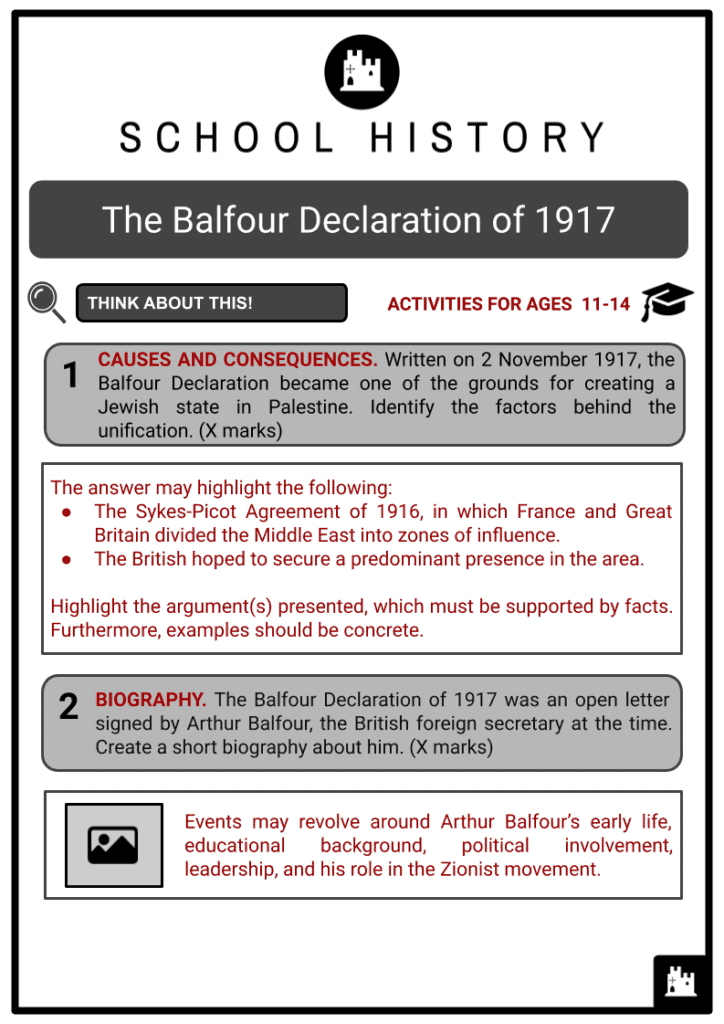 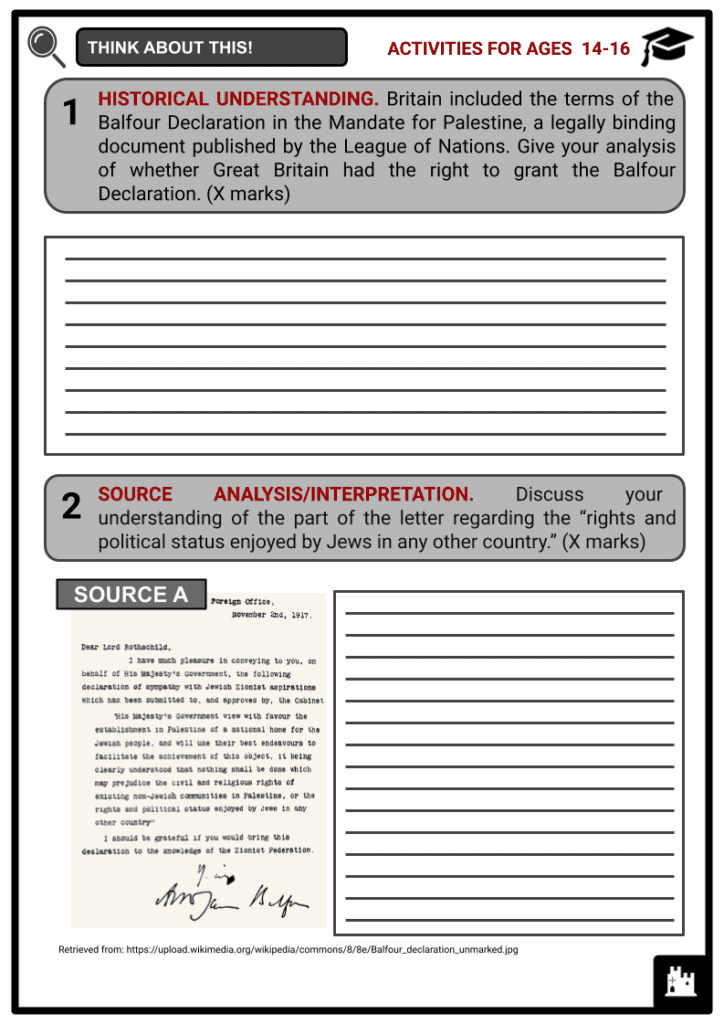 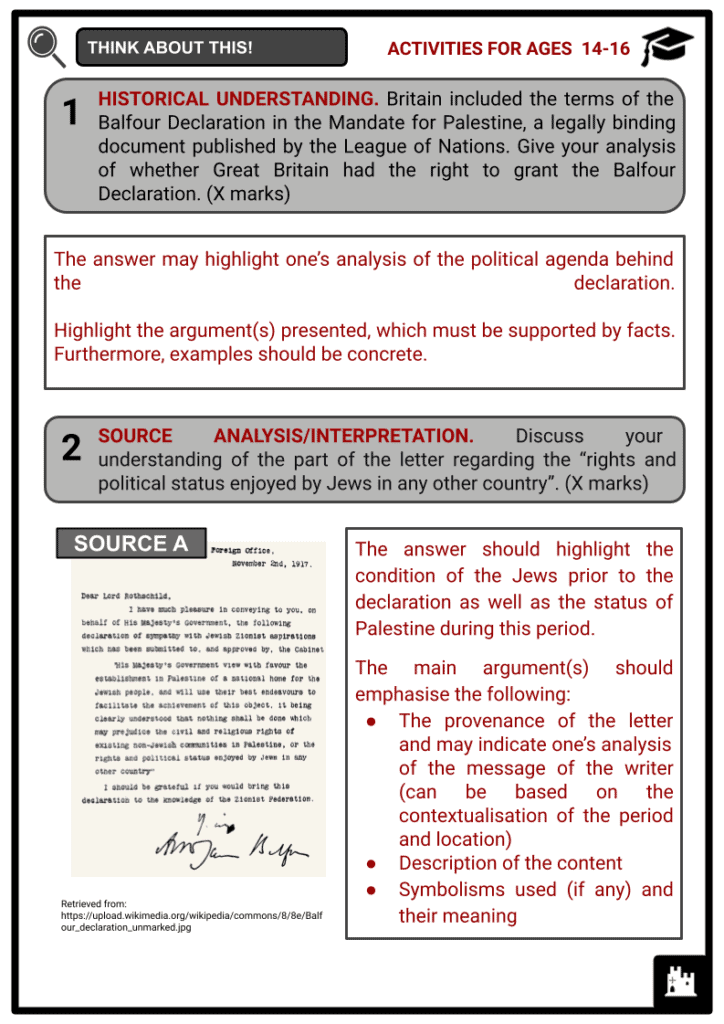 Let’s find out more about the Balfour Declaration!

I have much pleasure in conveying to you, on behalf of His Majesty’s Government, the following declaration of sympathy with Jewish Zionist aspirations which has been submitted to, and approved by, the Cabinet.

“His Majesty’s Government view with favour the establishment in Palestine of a national home for the Jewish people, and will use their best endeavours to facilitate the achievement of this object, it being clearly understood that nothing shall be done which may prejudice the civil and religious rights of existing non-Jewish communities in Palestine, or the rights and political status enjoyed by Jews in any other country.”

I should be grateful if you would bring this declaration to the knowledge of the Zionist Federation.

Victims of the Balfour Declaration

We are proud of our pioneering role in the creation of the State of Israel.

We are proud to stand here today together with Prime Minister Netanyahu and declare our support for Israel. And we are proud of the relationship we have built with Israel. Israel is the true start-up nation and we are proud to be your partner. We also remain absolutely committed to Israel’s security. So I am clear that we will always support Israel’s right to defend itself.

And in a world where Britain and Israel increasingly face the same shared challenges and threats, I am just as clear that our security services will continue to deepen their already excellent cooperation to keep all our people safe. We must recognize how difficult at times this journey has been – from the Jews forced out of their homes in Arab countries in 1948 to the suffering of Palestinians affected and dislodged by Israel’s birth – both completely contrary to the intention of Balfour to safeguard all of these communities. For sadly, Balfour remains unfinished business – as his fundamental vision of peaceful co-existence has not yet been fulfilled. And I believe it demands of us today a renewed resolve to support a lasting peace that is in the interests of both Israelis and Palestinians – and in the interests of us all. So let me be clear. Criticising the actions of Israel is never – and can never be – an excuse for questioning Israel’s right to exist, any more than criticising the actions of Britain could be an excuse for questioning our right to exist” (May 2016).

“The Balfour Declaration is a historical statement that His Majesty’s government does not intend to apologise. We are proud of our role in creating the State of Israel. The Declaration was written in a world of competing for imperial powers, in the midst of the First World War and in the twilight of the Ottoman Empire. In that context, establishing a homeland for the Jewish people in the land to which they had such strong historical and religious ties was the right and moral thing to do, particularly against the background of centuries of persecution. Much has happened since 1917.

We recognise that the Declaration should have called for the protection of political rights of the non-Jewish communities in Palestine, particularly their right to self-determination. However, the important thing now is to look forward and establish security and justice for both Israelis and Palestinians through a lasting peace.”