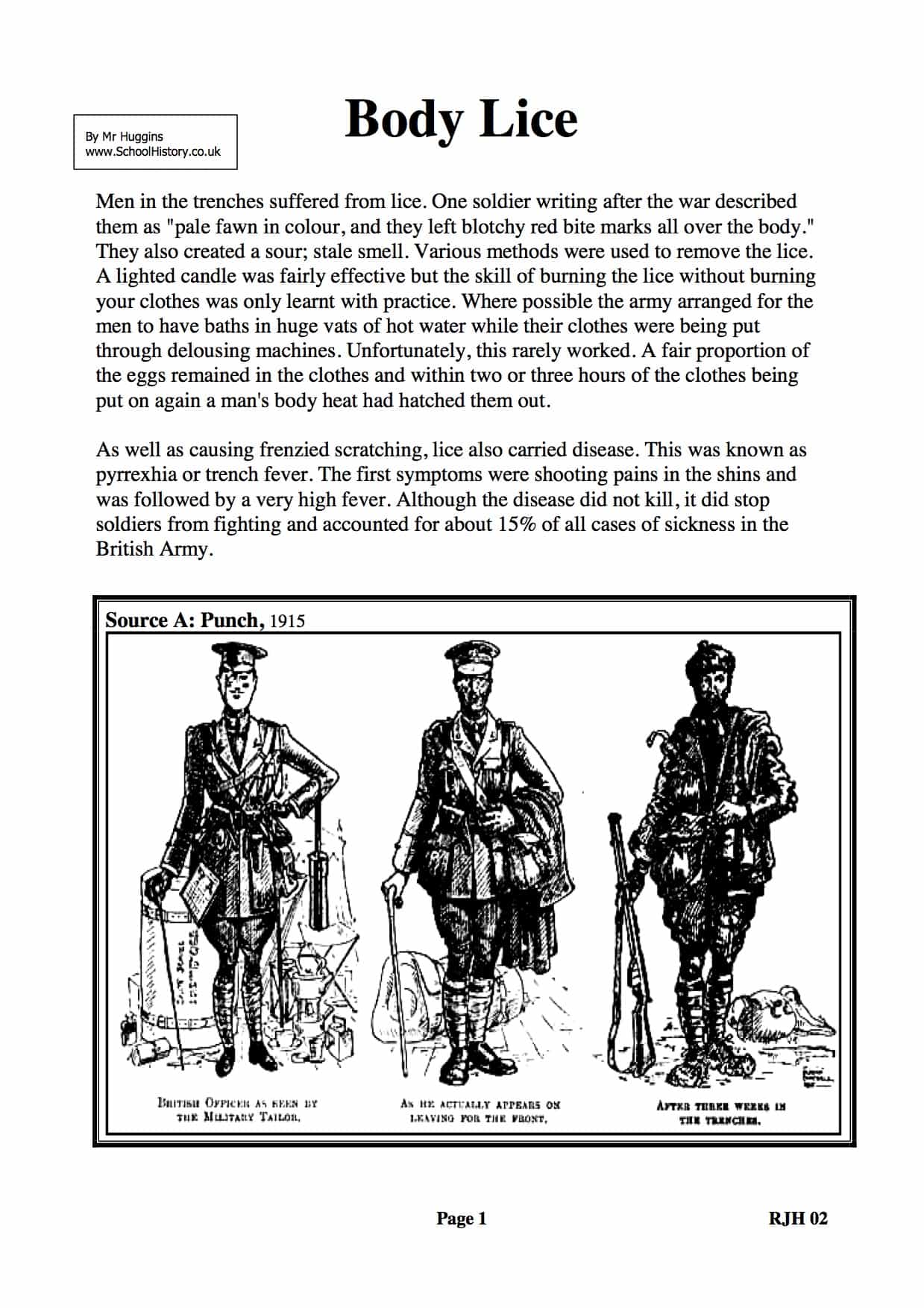 Men in the trenches suffered from lice. One soldier writing after the war described them as “pale fawn in colour, and they left blotchy red bite marks all over the body.” They also created a sour; stale smell. Various methods were used to remove the lice. A lighted candle was fairly effective but the skill of burning the lice without burning your clothes was only learnt with practice. Where possible the army arranged for the men to have baths in huge vats of hot water while their clothes were being put through delousing machines.

Unfortunately, this rarely worked. A fair proportion of the eggs remained in the clothes and within two or three hours of the clothes being put on again a man’s body heat had hatched them out.

As well as causing frenzied scratching, lice also carried disease. This was known as pyrrexhia or trench fever. The first symptoms were shooting pains in the shins and was followed by a very high fever. Although the disease did not kill, it did stop soldiers from fighting and accounted for about 15% of all cases of sickness in the British Army.