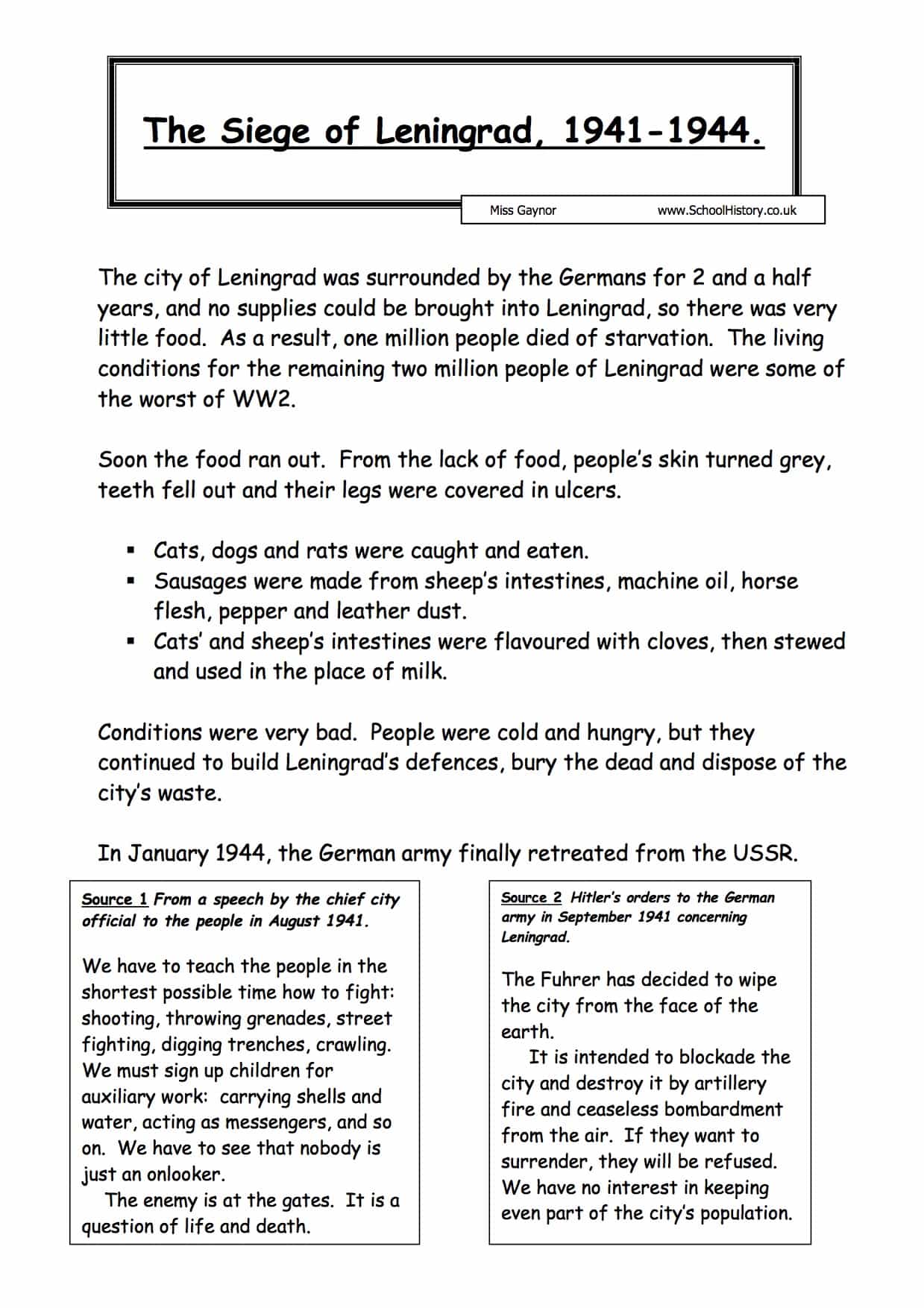 The city of Leningrad was surrounded by the Germans for 2 and a half years, and no supplies could be brought into Leningrad, so there was very little food. As a result, one million people died of starvation. The living conditions for the remaining two million people of Leningrad were some of the worst of WW2.
Soon the food ran out. From the lack of food, people’s skin turned grey, teeth fell out and their legs were covered in ulcers.

Conditions were very bad. People were cold and hungry, but they continued to build Leningrad’s defences, bury the dead and dispose of the city’s waste.
In January 1944, the German army finally retreated from the USSR.