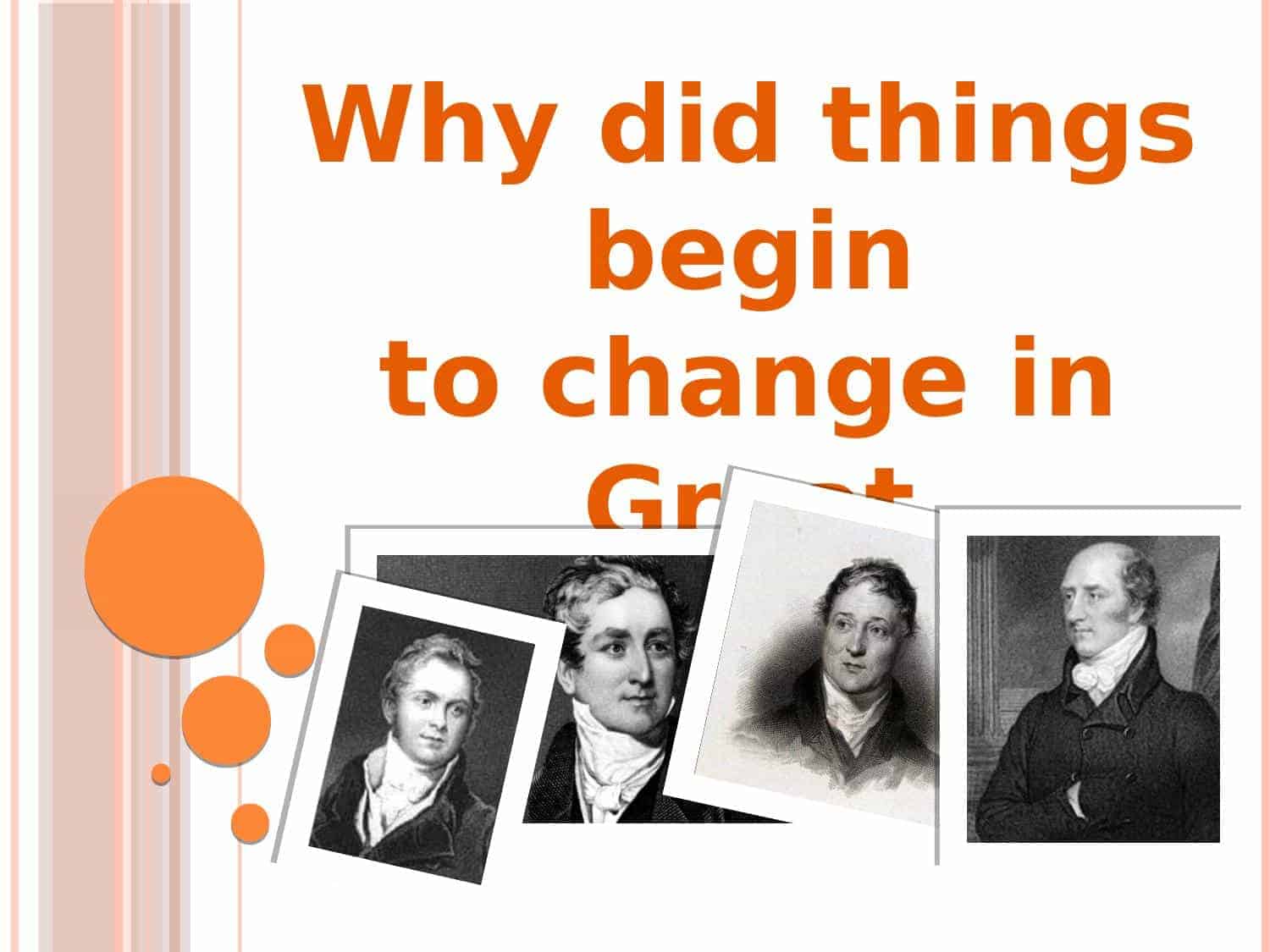 From 1822 onwards there was a subtle not important change in the nature of the British Government. More energetic and younger MPs were voted into important positions within the government.