Do you want to save dozens of hours in time? Get your evenings and weekends back? Be able to teach Timeline of the American History to your students? 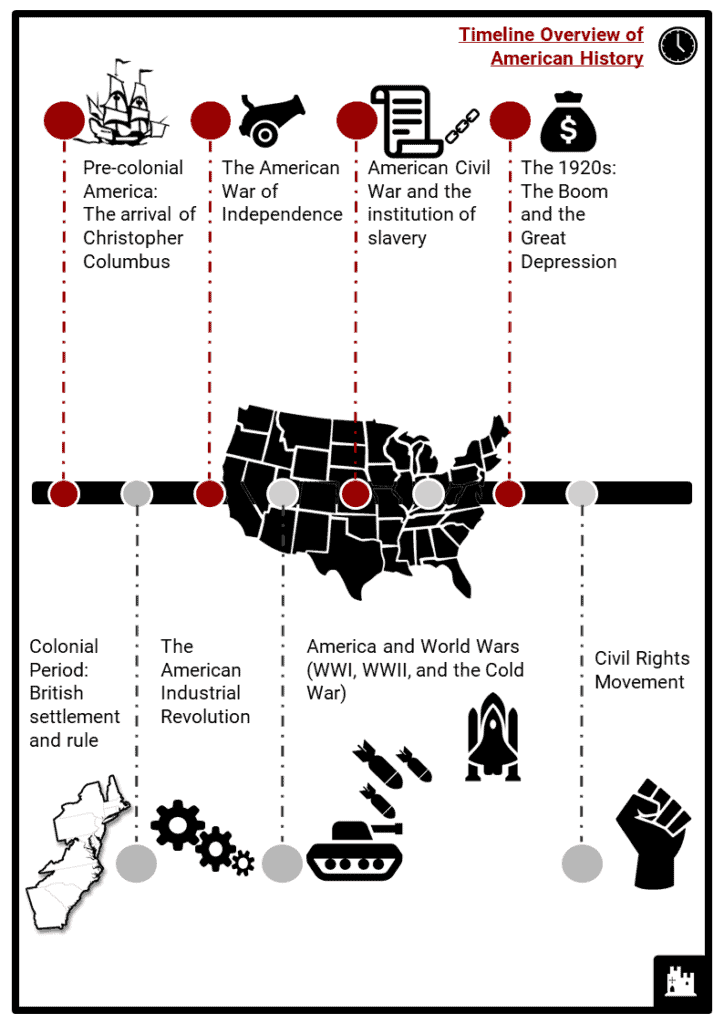 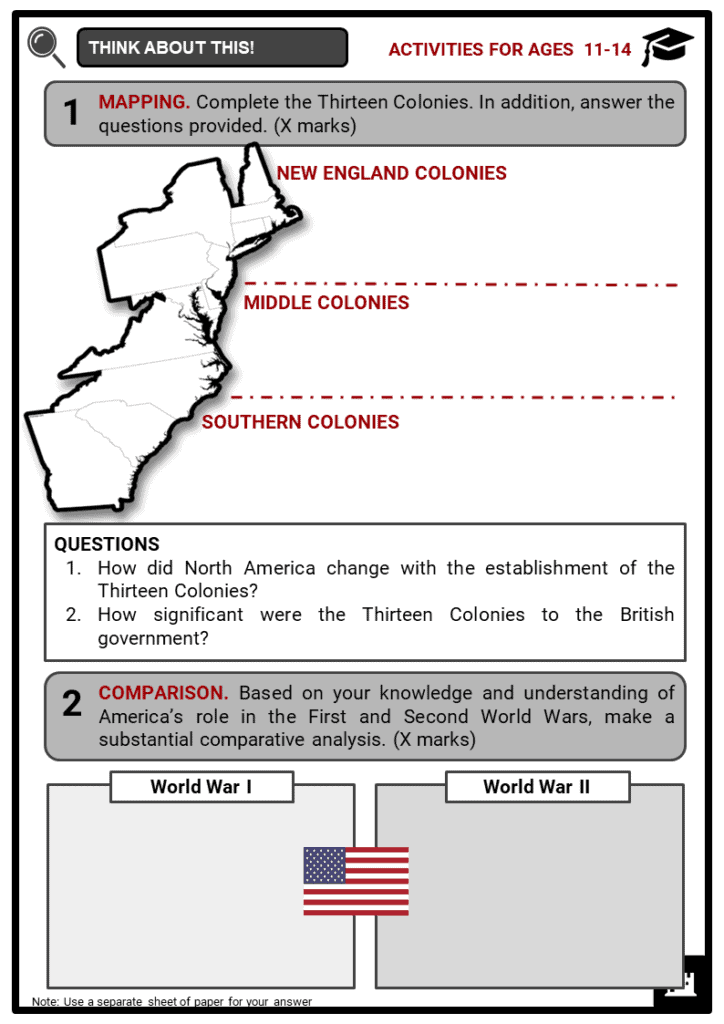 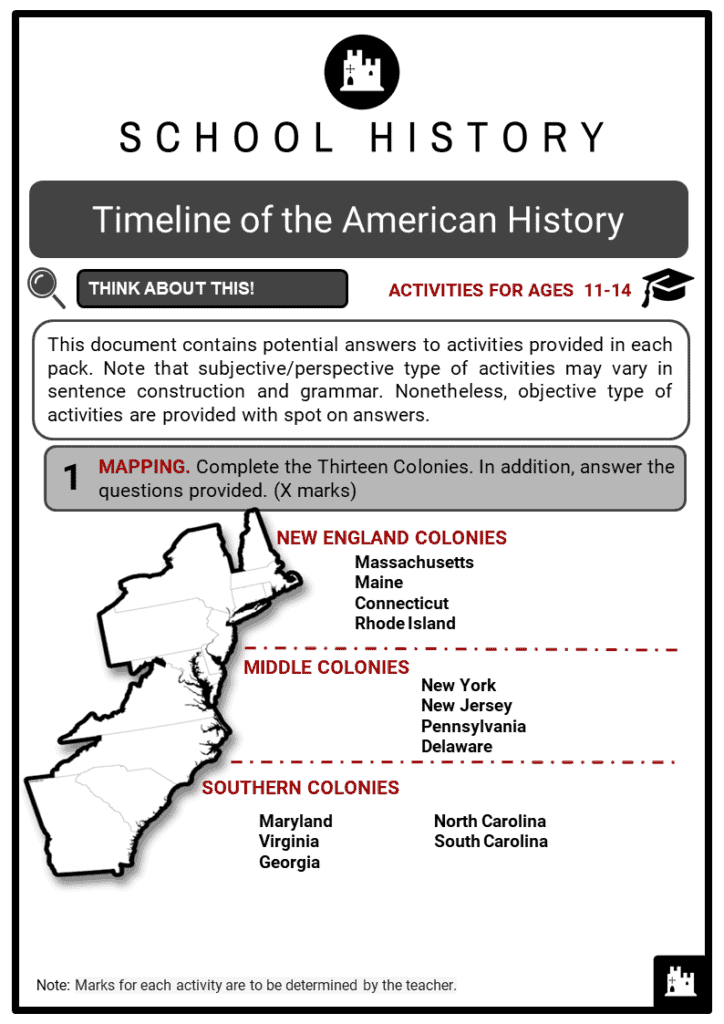 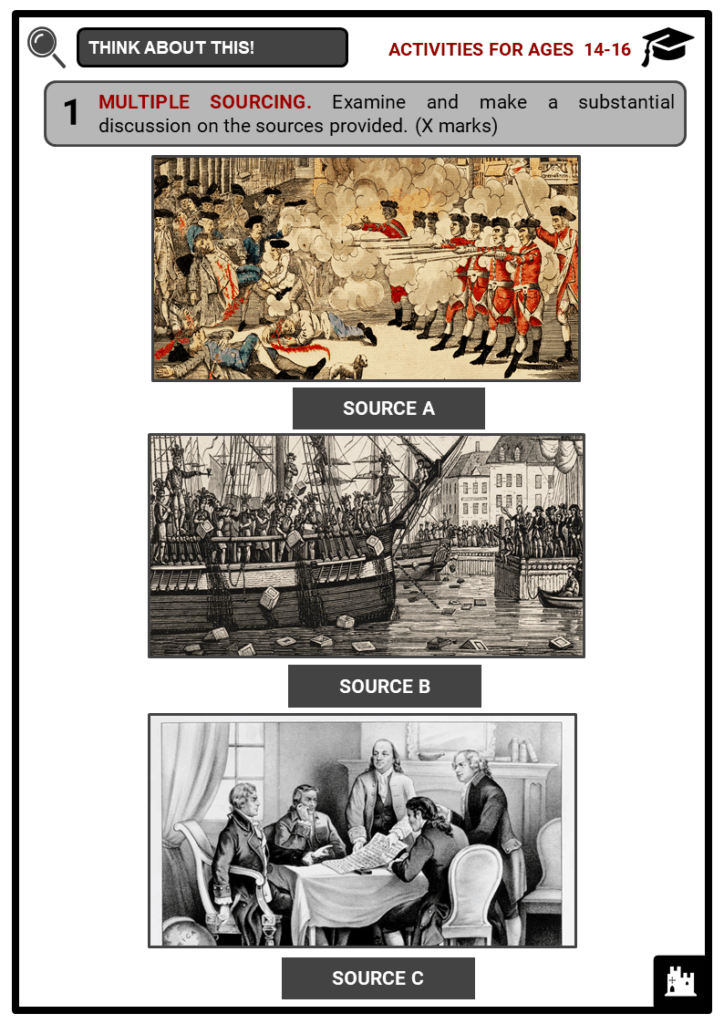 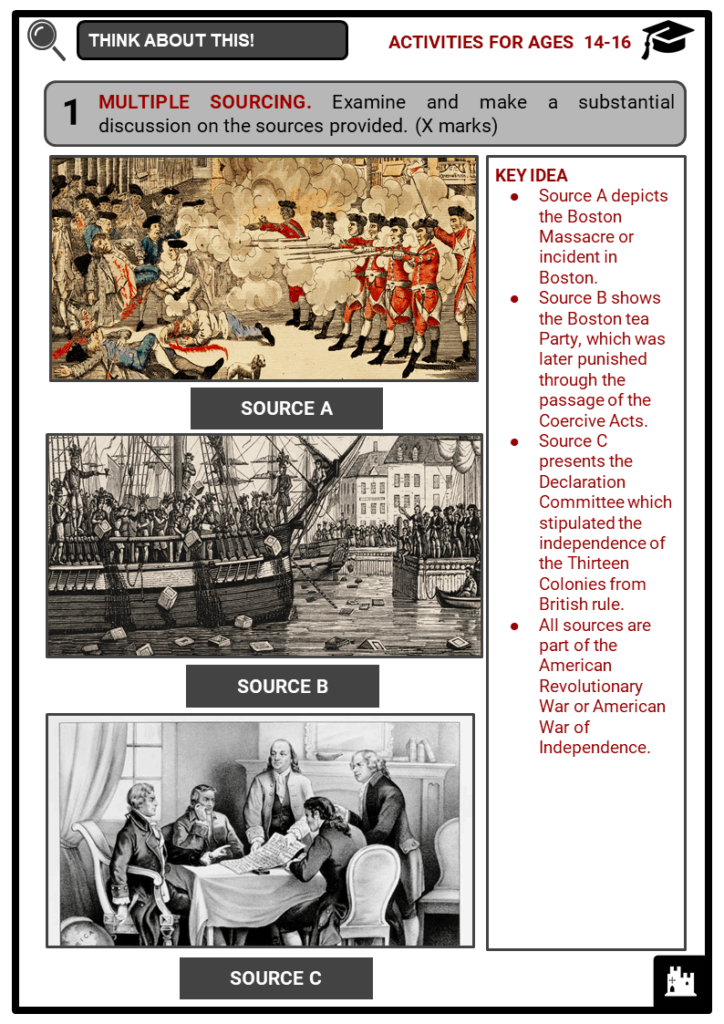 British rule of the Thirteen Colonies

British laws over the American colonies

The American War of Independence

Causes of the revolutionary war

Timeline Overview of the Revolutionary War

The American Civil War and the institution of slavery

Nature and Causes of the Civil War

Lincoln and the Emancipation Proclamation

1920s: The Boom and the Great Depression

U.S and the World Wars

Background of Segregation and Discrimination