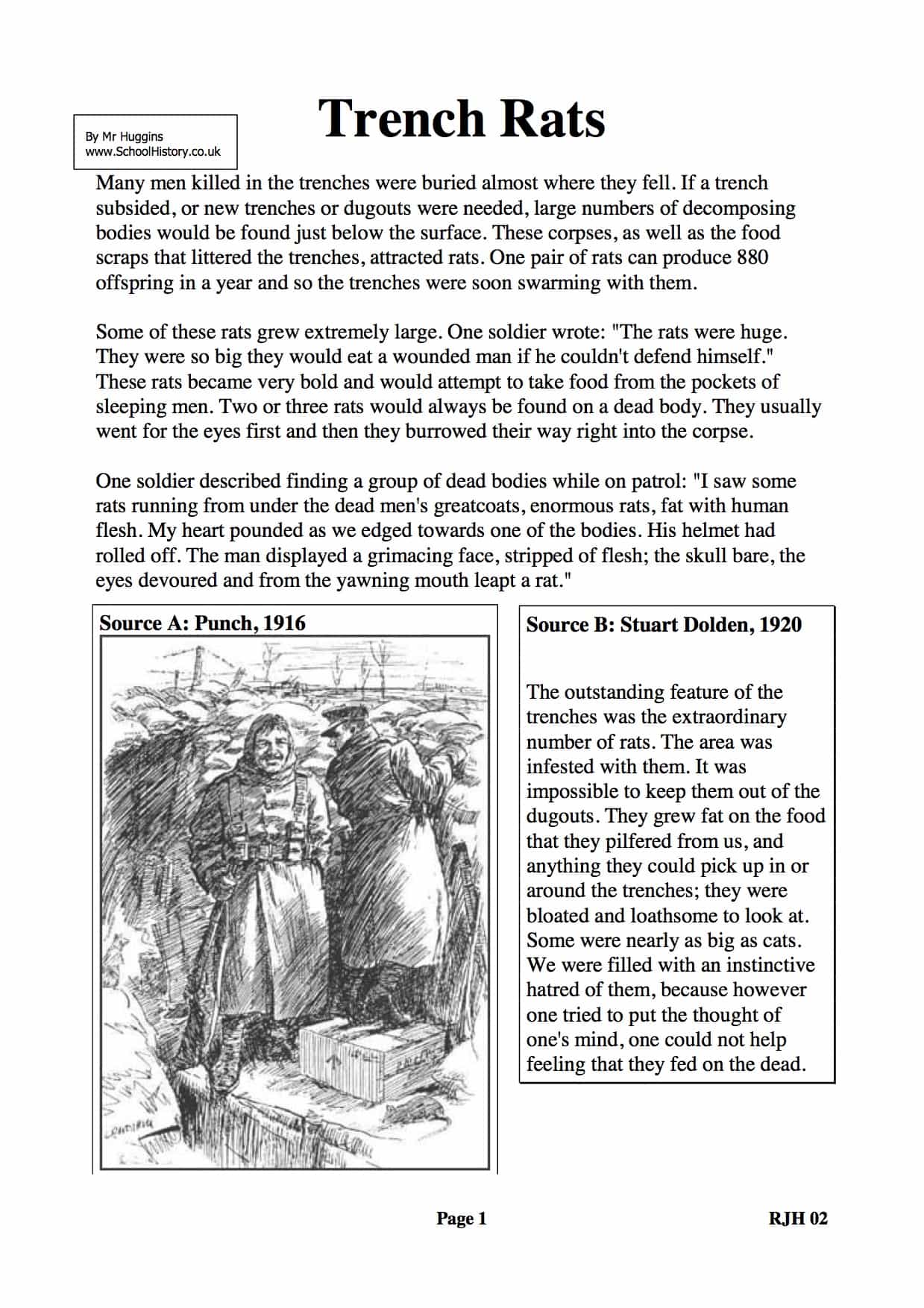 Many men killed in the trenches were buried almost where they fell. If a trench subsided, or new trenches or dugouts were needed, large numbers of decomposing bodies would be found just below the surface. These corpses, as well as the food scraps that littered the trenches, attracted rats. One pair of rats can produce 880 offspring in a year and so the trenches were soon swarming with them.

Some of these rats grew extremely large. One soldier wrote: “The rats were huge. They were so big they would eat a wounded man if he couldn’t defend himself.” These rats became very bold and would attempt to take food from the pockets of sleeping men. Two or three rats would always be found on a dead body. They usually went for the eyes first and then they burrowed their way right into the corpse.

One soldier described finding a group of dead bodies while on patrol: “I saw some rats running from under the dead men’s greatcoats, enormous rats, fat with human flesh. My heart pounded as we edged towards one of the bodies. His helmet had rolled off. The man displayed a grimacing face, stripped of flesh; the skull bare, the eyes devoured and from the yawning mouth leapt a rat.”