Trench Warfare in World War I 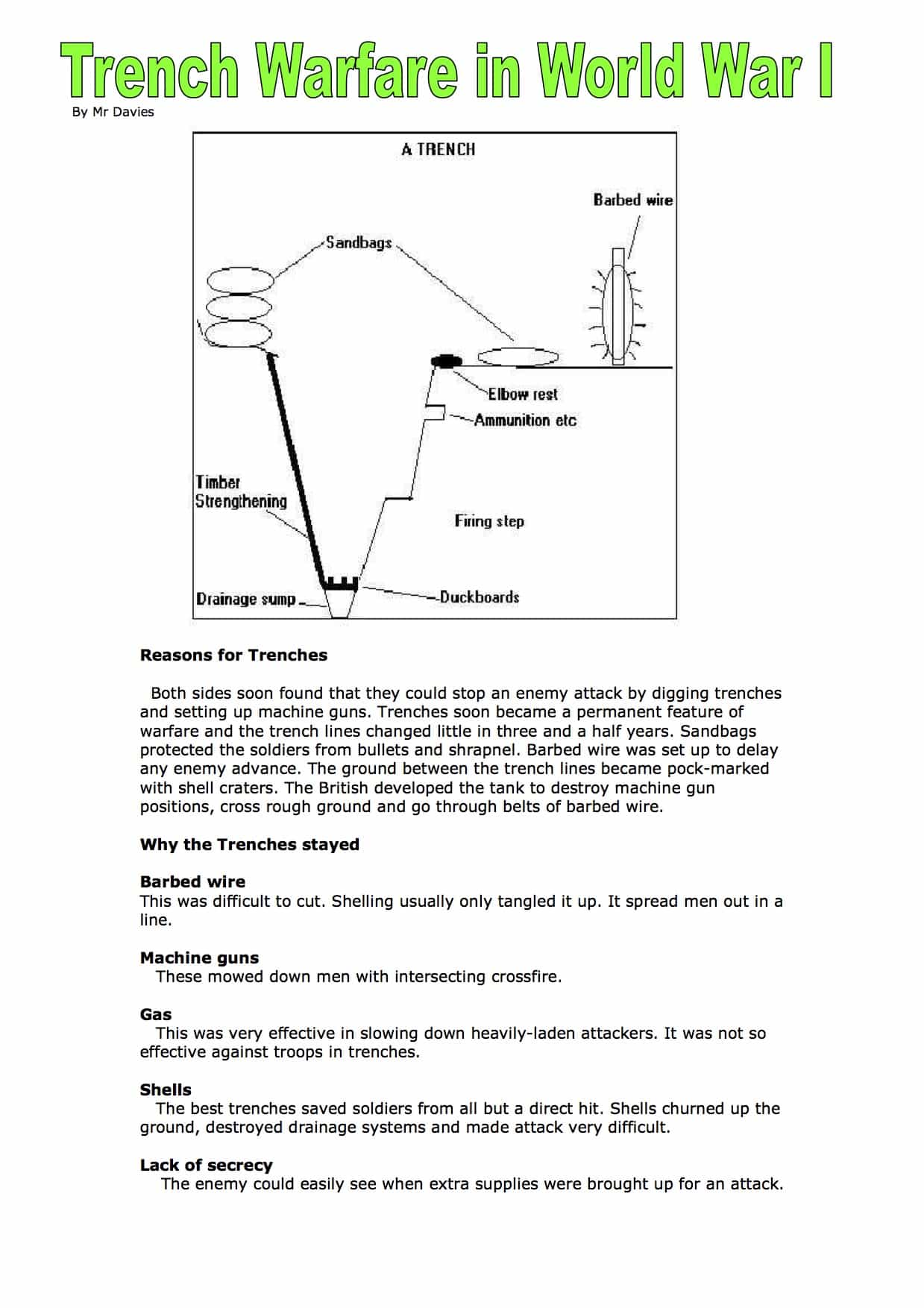 Both sides soon found that they could stop an enemy attack by digging trenches and setting up machine guns. Trenches soon became a permanent feature of warfare and the trench lines changed little in three and a half years. Sandbags protected the soldiers from bullets and shrapnel. Barbed wire was set up to delay any enemy advance. The ground between the trench lines became pock-marked with shell craters. The British developed the tank to destroy machine gun positions, cross rough ground and go through belts of barbed wire.

Why the Trenches stayed

This was difficult to cut. Shelling usually only tangled it up. It spread men out in a line.

These mowed down men with intersecting crossfire.

This was very effective in slowing down heavily-laden attackers. It was not so effective against troops in trenches.

The best trenches saved soldiers from all but a direct hit. Shells churned up the ground, destroyed drainage systems and made attack very difficult.

The enemy could easily see when extra supplies were brought up for an attack.

These could rush reinforcements to a threatened spot very quickly. Aeroplanes were not powerful enough then to delay rail traffic by any great amount.

Men could only advance at walking pace.

These were to stop enemy artillery destroying a whole line of trench and to prevent successful attackers being able to fire along a long length of a trench.

These joined lines of trenches.

These led nowhere and they were built to confuse and slow down the enemy in the event of a successful attack.

These were built for miners and snipers.

These were tunnels driven under enemy trenches so that explosives could be placed under them and detonated.

This was very difficult to cross because of the belts of barbed wire, shell holes and very swampy conditions when it rained.