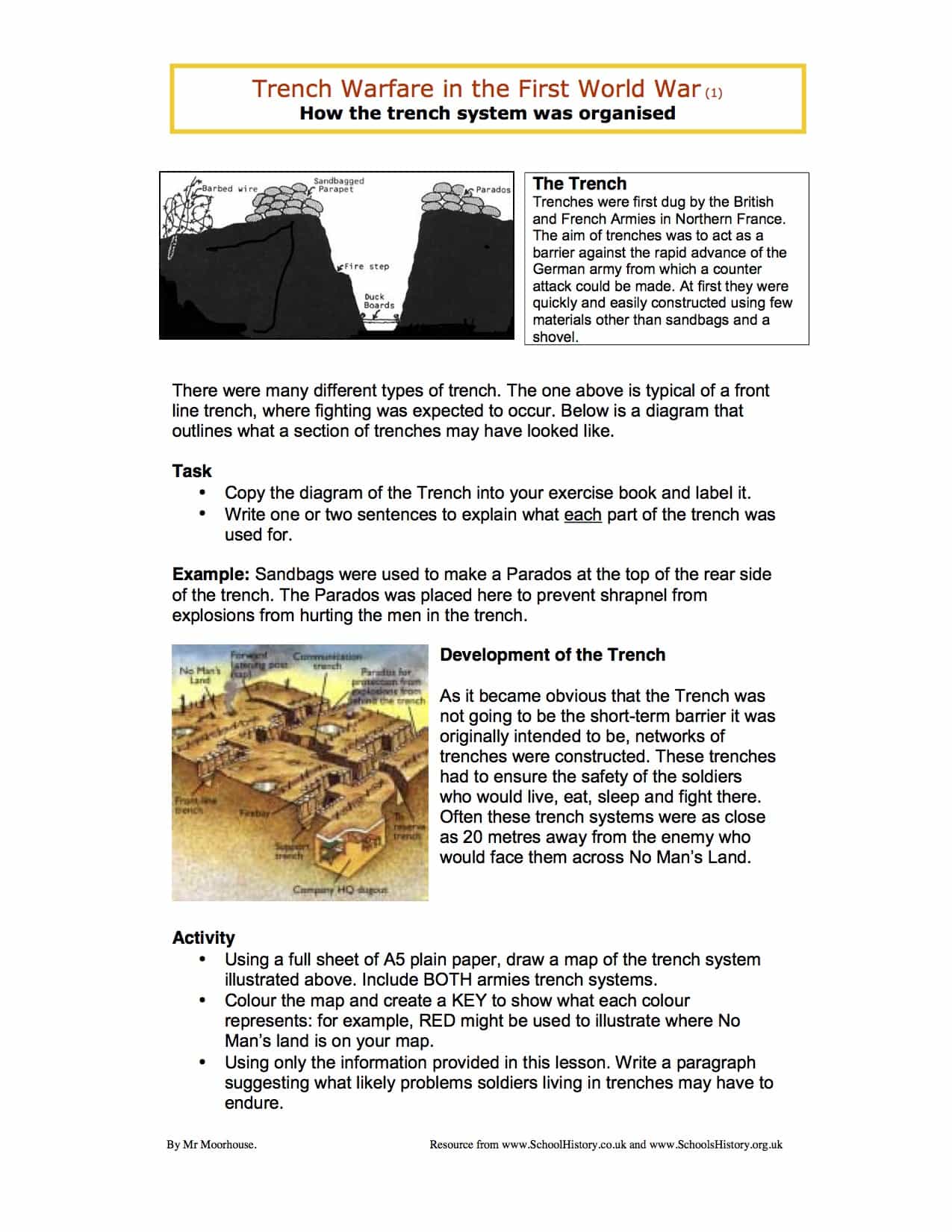 Trenches were first dug by the British and French Armies in Northern France. The aim of trenches was to act as a barrier against the rapid advance of the German army from which a counter attack could be made. At first they were quickly and easily constructed using few materials other than sandbags and a shovel.

Development of the Trench

As it became obvious that the Trench was not going to be the short-term barrier it was originally intended to be, networks of trenches were constructed. These trenches had to ensure the safety of the soldiers who would live, eat, sleep and fight there. Often these trench systems were as close as 20 metres away from the enemy who would face them across No Man’s Land.