The Plains Indians Weapons and Warriors 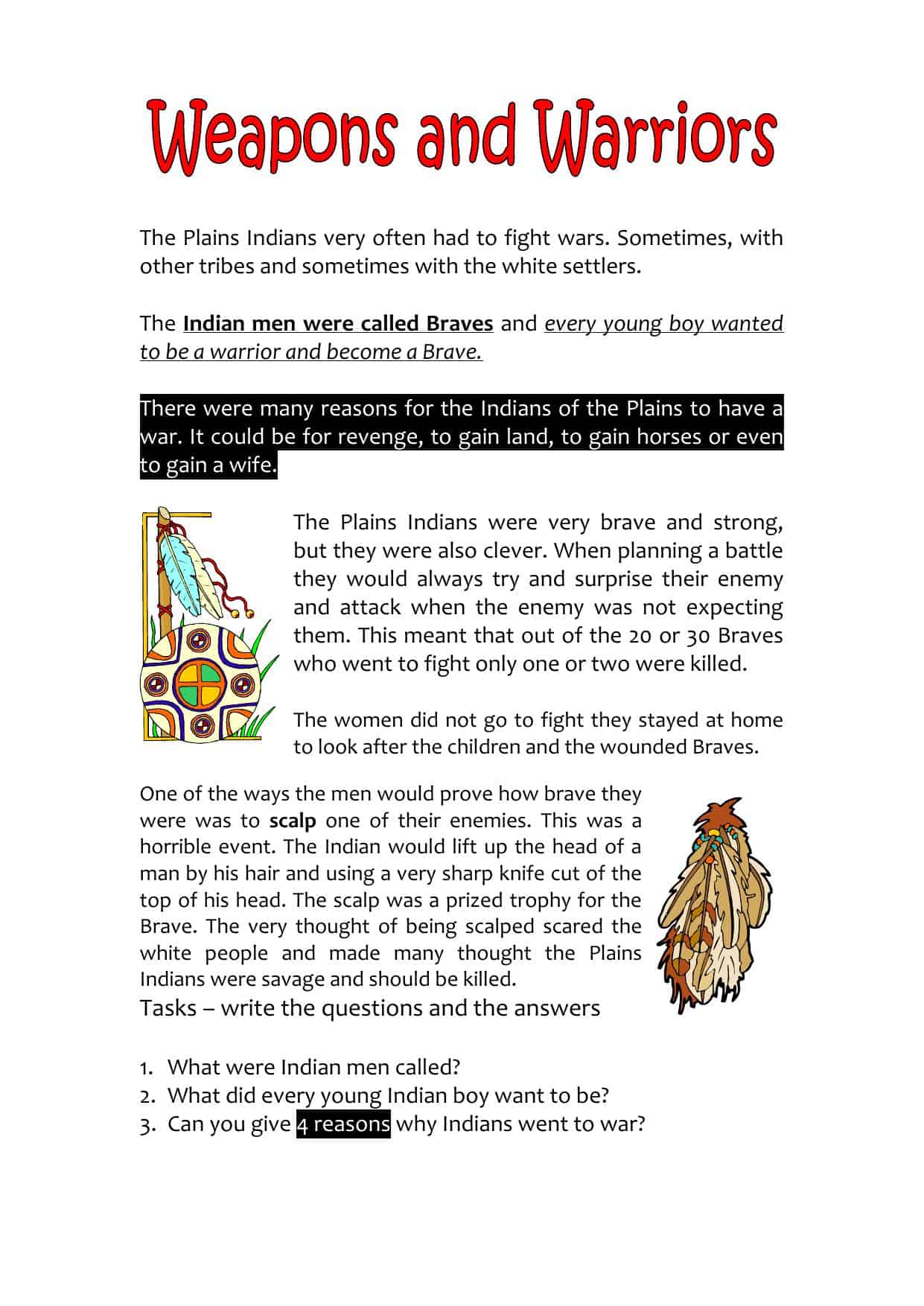 The Plains Indians very often had to fight wars. Sometimes, with other tribes and sometimes with the white settlers. The Indian men were called Braves and every young boy wanted to be a warrior and become a Brave. The Plains Indians were very brave and strong, but they were also clever. When planning a battle they would always try and surprise their enemy and attack when the enemy was not expecting them. This meant that out of the 20 or 30 Braves who went to fight only one or two were killed.
The women did not go to fight they stayed at home to look after the children and the wounded Braves.

One of the ways the men would prove how brave they were was to scalp one of their enemies. This was a horrible event. The Indian would lift up the head of a man by his hair and using a very sharp knife cut of the top of his head. The scalp was a prized trophy for the Brave. The very thought of being scalped scared the white people and made many thought the Plains Indians were savage and should be killed.

Tasks – write the questions and the answers

1. What were Indian men called?
2. What did every young Indian boy want to be?
3. Can you give 4 reasons why Indians went to war?
    There were many reasons for the Indians of the Plains to have a
 war. It could be for revenge, to gain land, to gain horses or even
 to gain a wife.