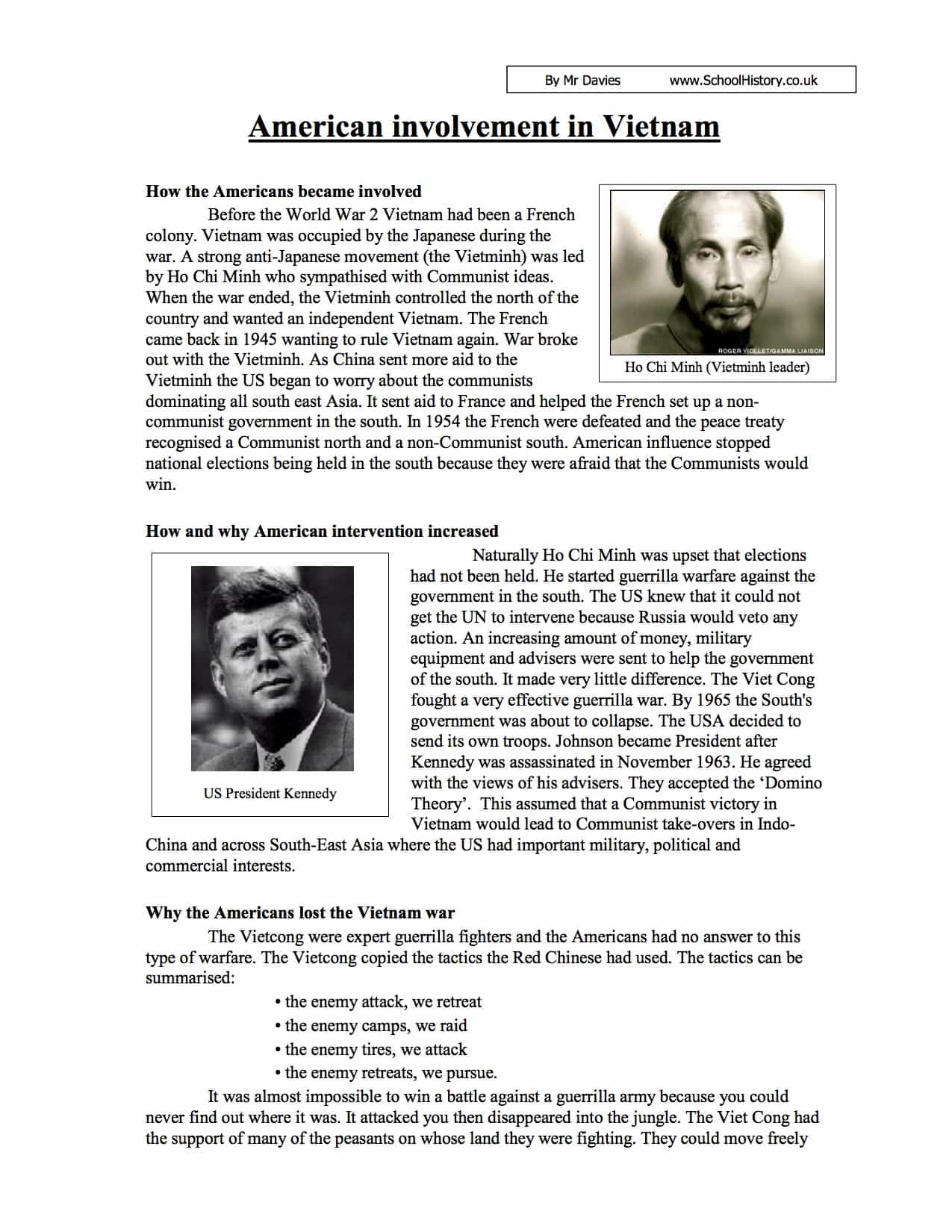 How the Americans became involved:

Before the World War 2 Vietnam had been a French colony. Vietnam was occupied by the Japanese during the war. A strong anti-Japanese movement (the Vietminh) was led by Ho Chi Minh who sympathised with Communist ideas. When the war ended, the Vietminh controlled the north of the country and wanted an independent Vietnam. The French came back in 1945 wanting to rule Vietnam again. War broke out with the Vietminh. As China sent more aid to the Vietminh the US began to worry about the communists dominating all south east Asia. It sent aid to France and helped the French set up a noncommunist government in the south. In 1954 the French were defeated and the peace treaty recognised a Communist north and a non-Communist south. American influence stopped national elections being held in the south because they were afraid that the Communists would win.