What was Anti-Semitism In Nazi Germany? 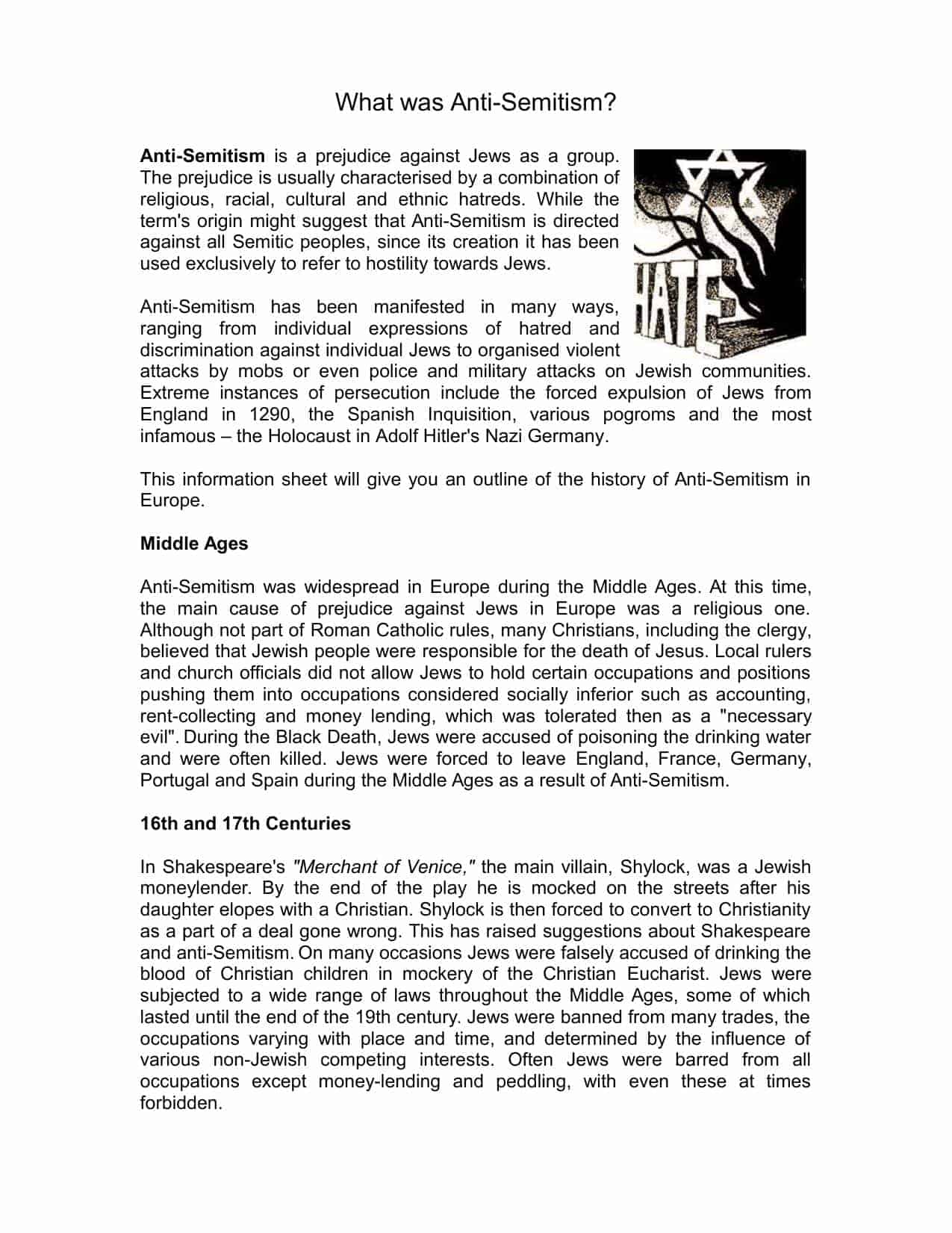 Anti-Semitism is a prejudice against Jews as a group. The prejudice is usually characterised by a combination of religious, racial, cultural and ethnic hatreds. While the term’s origin might suggest that Anti-Semitism is directed against all Semitic peoples, since its creation it has been used exclusively to refer to hostility towards Jews.

Anti-Semitism has been manifested in many ways, ranging from individual expressions of hatred and discrimination against individual Jews to organised violent attacks by mobs or even police and military attacks on Jewish communities. Extreme instances of persecution include the forced expulsion of Jews from England in 1290, the Spanish Inquisition, various pogroms and the most infamous – the Holocaust in Adolf Hitler’s Nazi Germany.

This information sheet will give you an outline of the history of Anti-Semitism in Europe.