School History > Modern World > What was Russia Like in 1881?
Premium 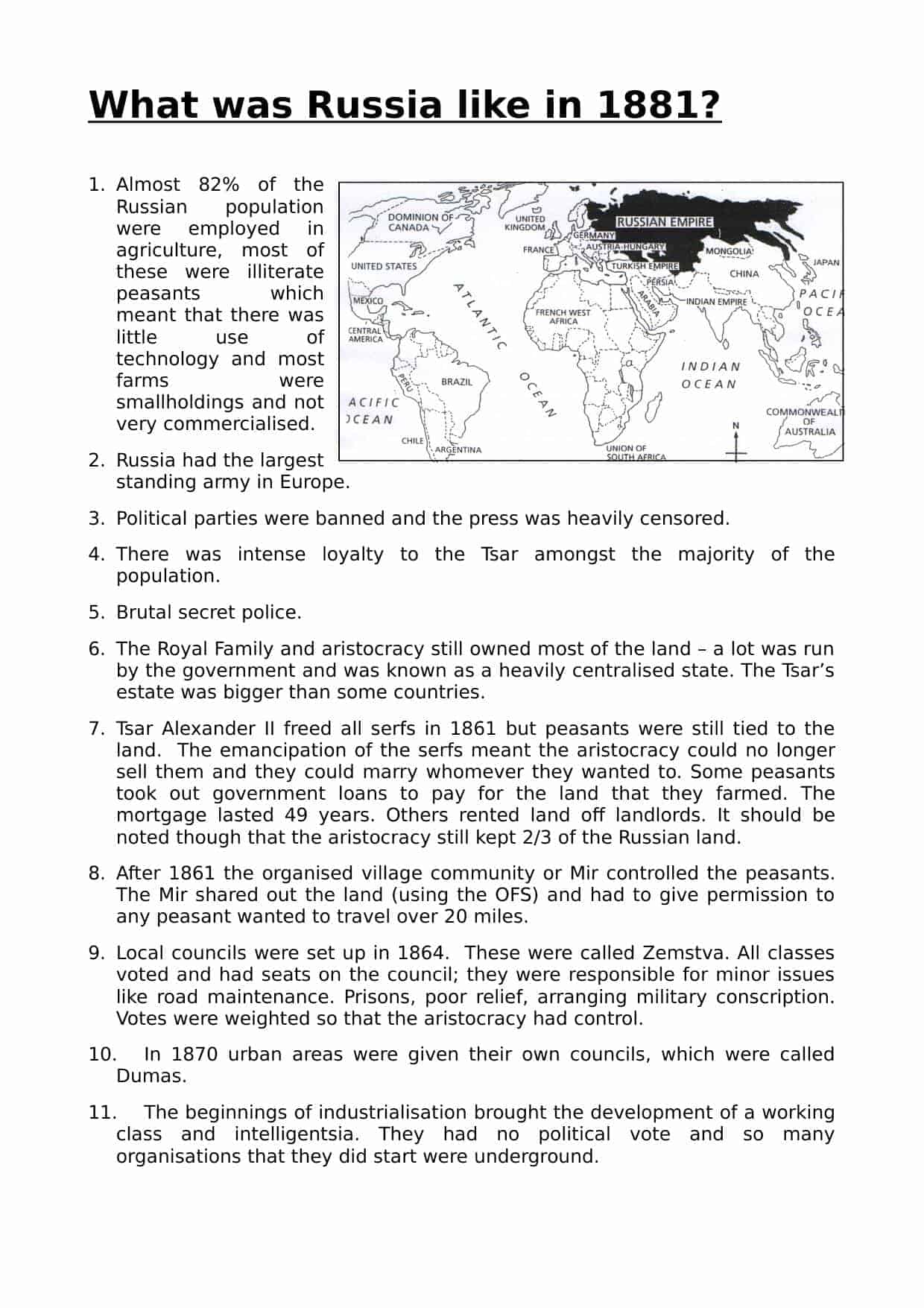 1: Almost 82% of the Russian population were employed in agriculture, most of these were illiterate peasants which meant that there was little use of technology and most farms were smallholdings and not very commercialised.

2. Russia had the largest standing army in Europe.

3. Political parties were banned and the press was heavily censored.

4. There was intense loyalty to the Tsar amongst the majority of the population.

6. The Royal Family and aristocracy still owned most of the land – a lot was run by the government and was known as a heavily centralised state. The Tsar’s estate was bigger than some countries.

7. Tsar Alexander II freed all serfs in 1861 but peasants were still tied to the land. The emancipation of the serfs meant the aristocracy could no longer sell them and they could marry whomever they wanted to. Some peasants took out government loans to pay for the land that they farmed. The mortgage lasted 49 years. Others rented land off landlords. It should be noted though that the aristocracy still kept 2/3 of the Russian land.

8. After 1861 the organised village community or Mir controlled the peasants. The Mir shared out the land (using the OFS) and had to give permission to any peasant wanted to travel over 20 miles.

9 .Local councils were set up in 1864. These were called Zemstva. All classes voted and had seats on the council; they were responsible for minor issues like road maintenance. Prisons, poor relief, arranging military conscription. Votes were weighted so that the aristocracy had control.

10. In 1870 urban areas were given their own councils, which were called Dumas.

The beginnings of industrialisation brought the development of a working class and intelligentsia. They had no political vote and so many organisations that they did start were underground.