School History > Modern World > Why was There a Revolution in 1917?
Premium 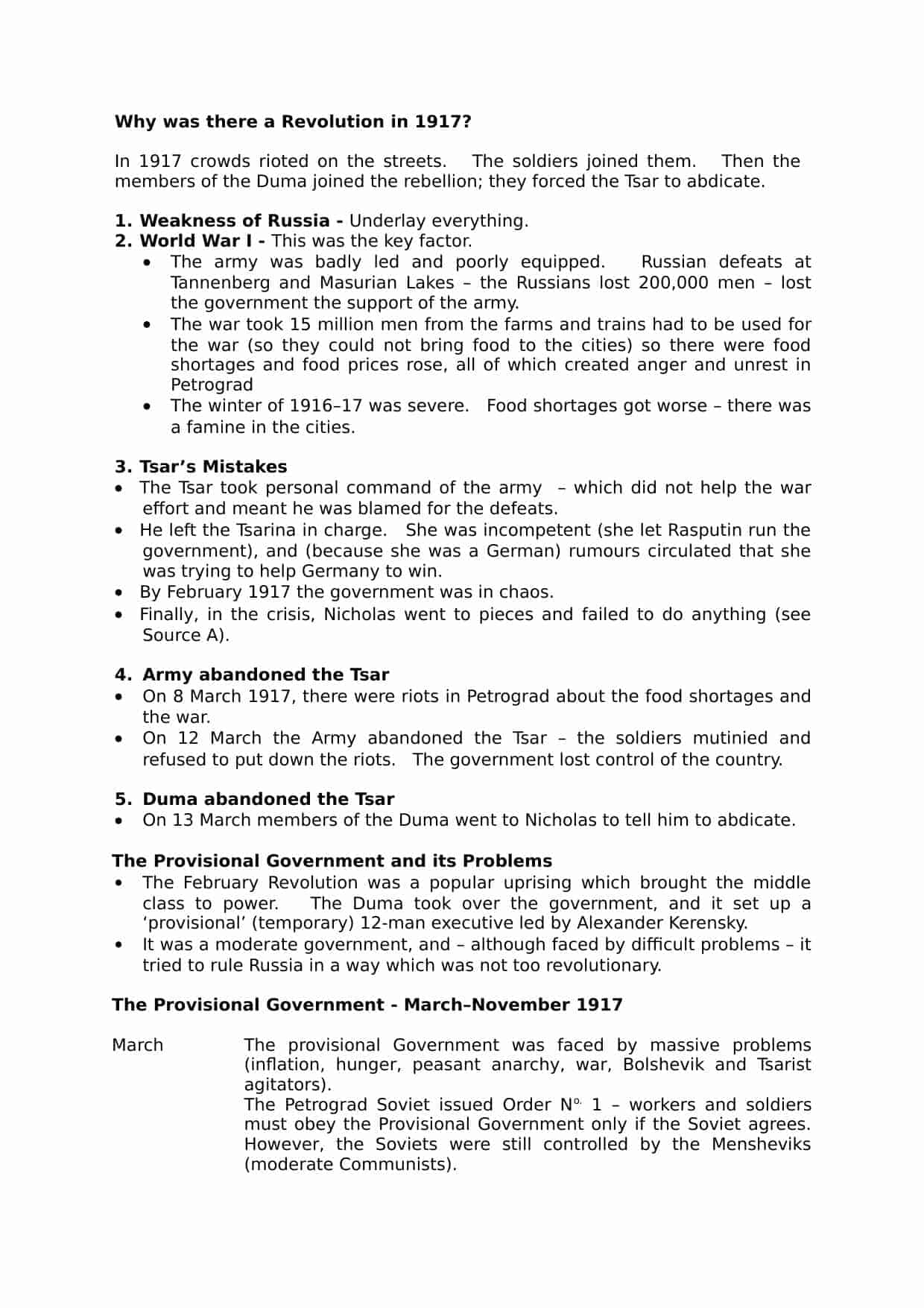 In 1917 crowds rioted on the streets. The soldiers joined them. Then the members of the Duma joined the rebellion; they forced the Tsar to abdicate.

1. Weakness of Russia – Underlay everything.
2. World War I – This was the key factor.
• The army was badly led and poorly equipped. Russian defeats at Tannenberg and Masurian Lakes – the Russians lost 200,000 men – lost the government the support of the army.
• The war took 15 million men from the farms and trains had to be used for the war (so they could not bring food to the cities) so there were food shortages and food prices rose, all of which created anger and unrest in Petrograd
• The winter of 1916–17 was severe. Food shortages got worse – there was a famine in the cities.

3. Tsar’s Mistakes
• The Tsar took personal command of the army – which did not help the war effort and meant he was blamed for the defeats.
• He left the Tsarina in charge. She was incompetent (she let Rasputin run the government), and (because she was a German) rumours circulated that she was trying to help Germany to win.
• By February 1917 the government was in chaos.
• Finally, in the crisis, Nicholas went to pieces and failed to do anything (see Source A).

5. Duma abandoned the Tsar
• On 13 March members of the Duma went to Nicholas to tell him to abdicate.