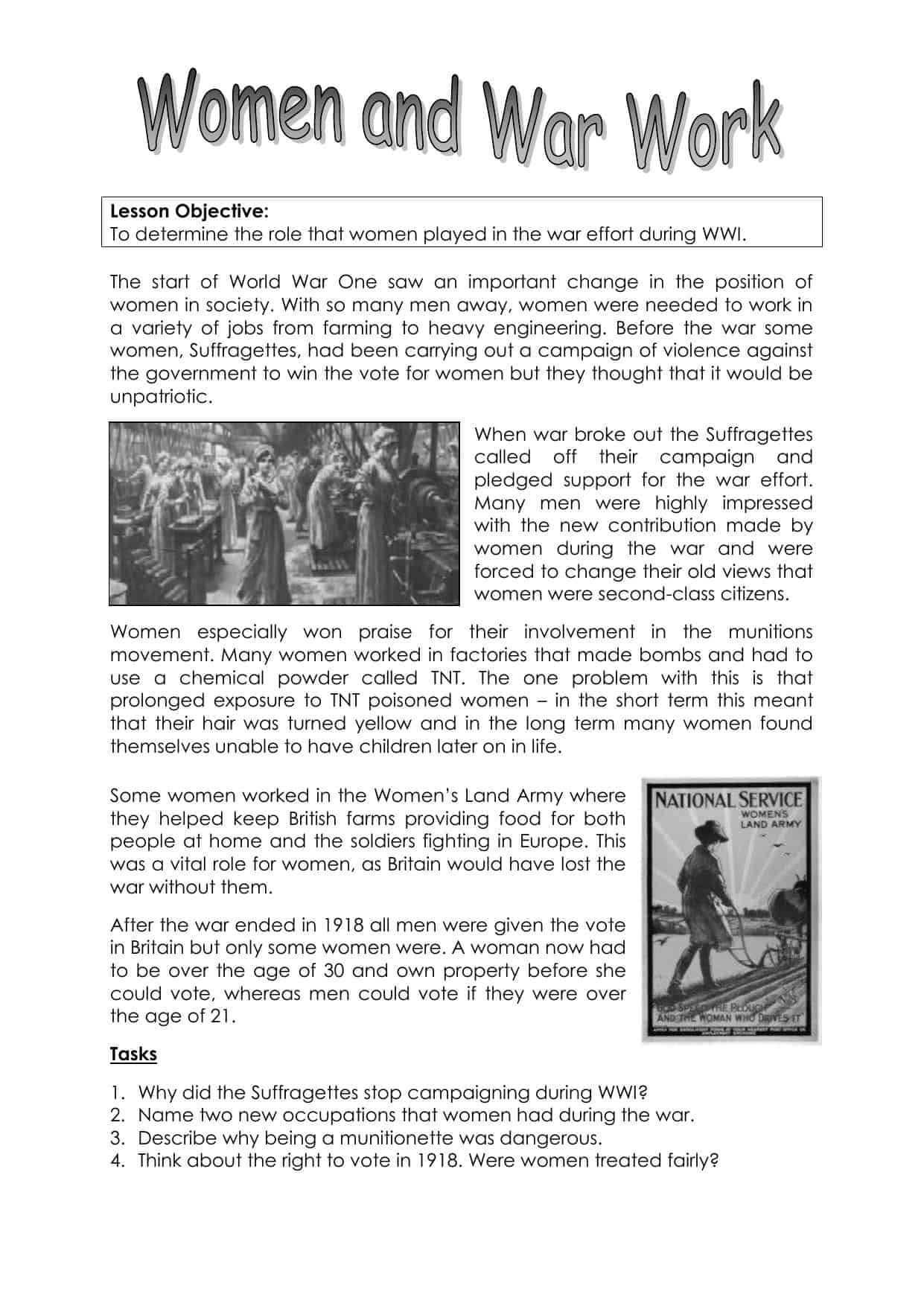 To determine the role that women played in the war effort during WWI.

The start of World War One saw an important change in the position of women in society. With so many men away, women were needed to work in a variety of jobs from farming to heavy engineering. Before the war some women, Suffragettes, had been carrying out a campaign of violence against the government to win the vote for women but they thought that it would be unpatriotic.

When war broke out the Suffragettes called off their campaign and pledged support for the war effort. Many men were highly impressed with the new contribution made by women during the war and were forced to change their old views that women were second-class citizens.

Women especially won praise for their involvement in the munitions movement. Many women worked in factories that made bombs and had to use a chemical powder called TNT. The one problem with this is that prolonged exposure to TNT poisoned women – in the short term this meant that their hair was turned yellow and in the long term many women found themselves unable to have children later on in life.

Some women worked in the Women’s Land Army where they helped keep British farms providing food for both people at home and the soldiers fighting in Europe. This was a vital role for women, as Britain would have lost the war without them.

After the war ended in 1918 all men were given the vote in Britain but only some women were. A woman now had to be over the age of 30 and own property before she could vote, whereas men could vote if they were over the age of 21.