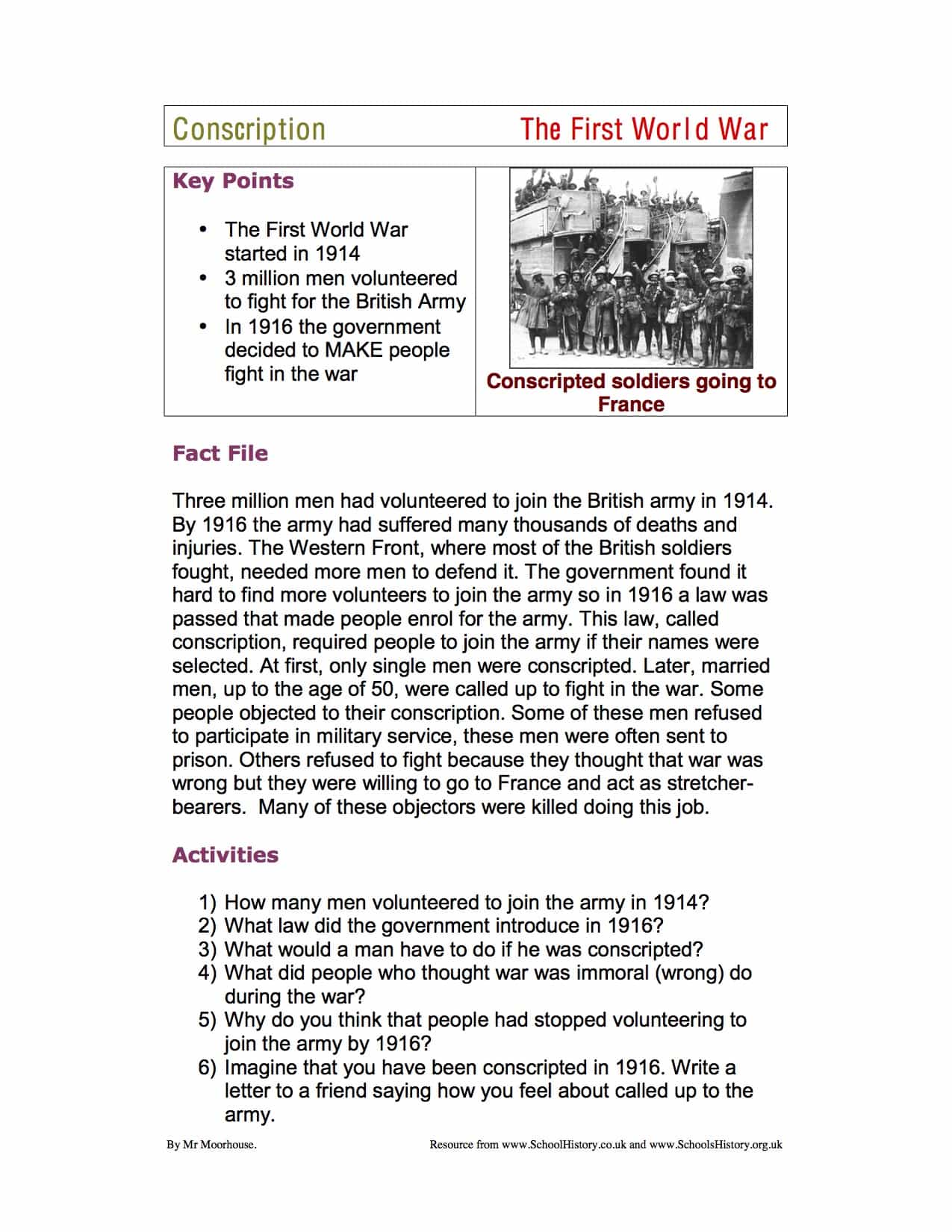 Three million men had volunteered to join the British army in 1914. By 1916 the army had suffered many thousands of deaths and injuries. The Western Front, where most of the British soldiers fought, needed more men to defend it. The government found it hard to find more volunteers to join the army so in 1916 a law was passed that made people enrol for the army. This law, called conscription, required people to join the army if their names were selected. At first, only single men were conscripted.

Later, married men, up to the age of 50, were called up to fight in the war. Some people objected to their conscription. Some of these men refused to participate in military service, these men were often sent to prison. Others refused to fight because they thought that war was wrong but they were willing to go to France and act as stretcher- bearers. Many of these objectors were killed doing this job.