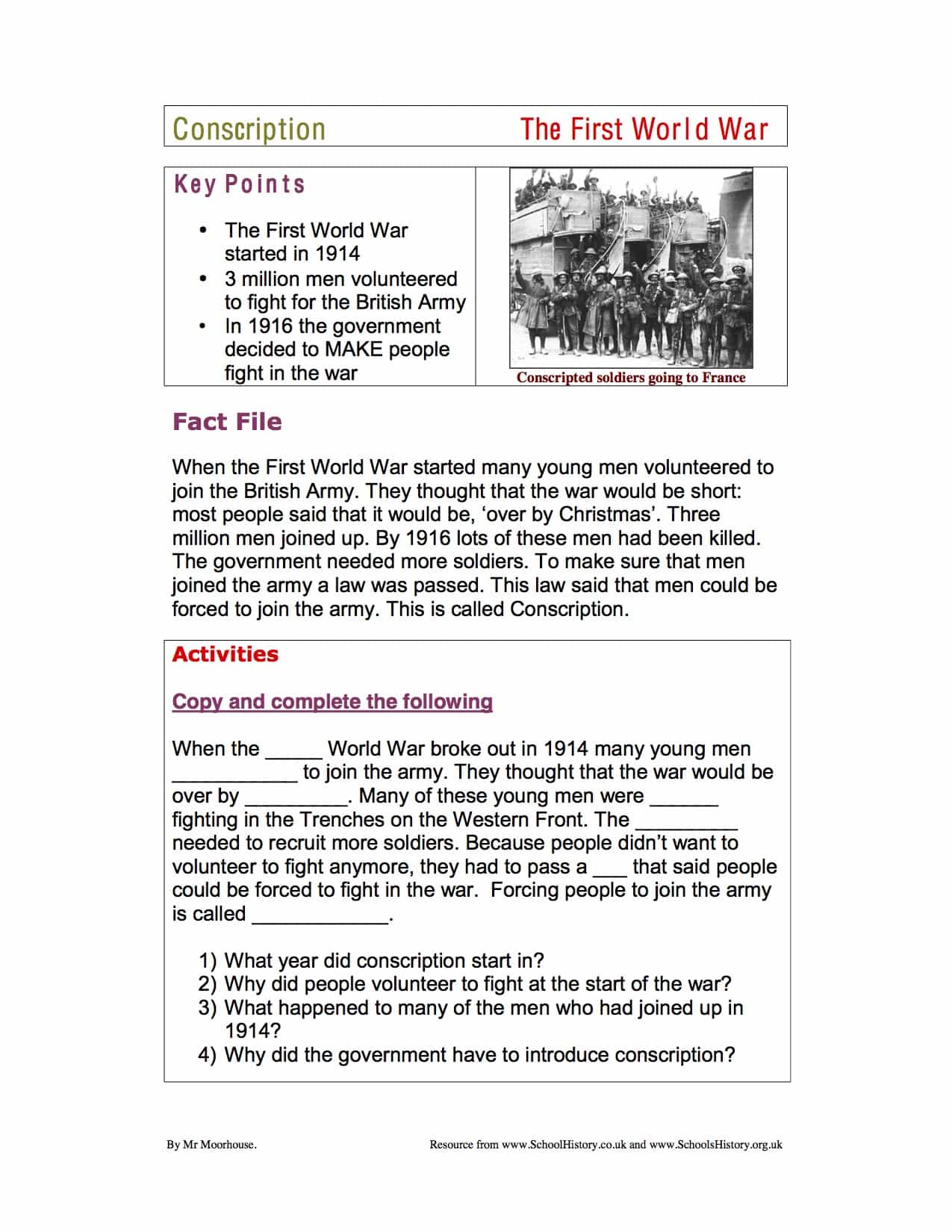 When the First World War started many young men volunteered to join the British Army. They thought that the war would be short: most people said that it would be, ‘over by Christmas’. Three million men joined up. By 1916 lots of these men had been killed. The government needed more soldiers. To make sure that men joined the army a law was passed. This law said that men could be forced to join the army. This is called Conscription.