Following the rise of Adolf Hitler to becoming leader of the Nazi Party in Germany, there was increased interest in his family for two reasons. Firstly, Hitler and his allies wanted to show that his ancestry was as ‘pure’ as he demanded of others, and so it became important to prove that there was nothing undesirable lurking in the branches of the Hitler family tree. Secondly, after his death and the fall of the Third Reich, outsiders were naturally interested in the family that had spawned such a person as Adolf Hitler – were they partly to blame for his actions? Studying Hitler and understanding how he came to be the man he was was seen as key to avoiding a repeat of what happened in Germany in the 1930s and 1940s. 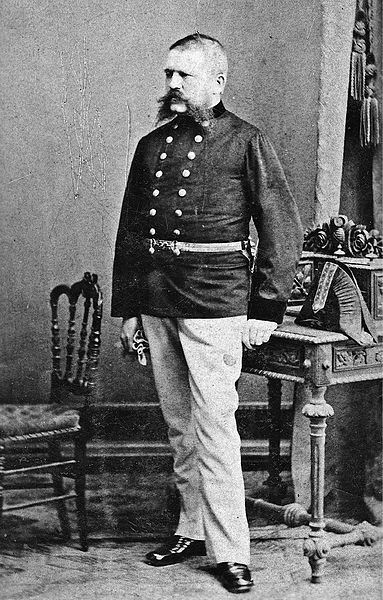 Alois Hitler was the dictator’s father. Born in the first half of the 19th century, he was reportedly a tyrant to his wives and children. His relationship with his son Adolf was extremely bad, and the two were frequently at loggerheads. Alois would beat young Adolf on a regular basis, although the boy’s mother Klara tried to stop him. Alois spent his working life in a branch of the Austrian civil service, and hoped that Adolf would do the same, but Adolf hated the idea of petty bureaucracy and rebelled against his father. Dying in 1903 while Adolf was still a teenager, Alois never saw what his son would become.

Born on 7 June 1837, in Strones, Austria, Alois Schicklgruber lived with his mother, Maria Anna Schicklgruber, and his grandfather. His birth father’s name was not recorded. In Austria at that time it was not unusual for children to be born out of wedlock – the country had the highest rates of illegitimacy in Europe. So Alois may not have faced any negative social consequences for his lack of a father in childhood.

When Alois was five years old, his mother married a travelling miller who had come to live in the family home. This was Johann Georg Hiedler, who became a father figure to Alois. However, after Maria’s death in 1847, Hiedler’s itinerant lifestyle meant that he could not look after Alois. The 10-year-old was sent to live with Hiedler’s brother, Johann Nepomuk Hiedler, who lived on a farm. Alois began to learn the shoemaking trade.

Aged 13, Alois went to the capital, Vienna, to become an apprentice cobbler. Although he stuck at this for five years, he decided to take a different path. In 1855, he signed up for the Customs Service, part of the Austrian civil service. This career move gave him a steady wage, potential for promotion, respectability and an almost military uniform and ranking system. Alois rose fairly rapidly through the ranks of the Customs Service, although he could go no higher than Inspector of Customs thanks to his lack of educational qualifications. He also lived in various places around Austria as his work led to him frequently being reassigned.

Alois seems to have enjoyed the company of women – he had frequent affairs and married three times. In 1869 his lover Thekla Penz gave birth to his illegitimate daughter, Theresia. At this time Alois himself was still unmarried, but that was to change in 1873 when he married Anna Glasl- Hörer, the adopted daughter of a fellow customs official and a woman 14 years Alois’ senior. Anna was in poor health, and it wasn’t long before Alois’ roving eye was caught by a teenage servant in their Braunau am Inn lodging house, Franziska ‘Fanni’ Matzelsberger.

In 1876, Alois decided that the time had come to make himself legitimate and take his father’s name. He had lived with his illegitimacy for 39 years, and it did not seem to have hindered his progress in either his career or his personal life, but he may have taken the step so that he could legally inherit money or property from his ‘father’s’ family. He told authorities that his true father was the man who had married his mother, Johann Georg Hiedler. Although Johann Georg could not testify, having died two decades earlier, Alois’ claim was supported by several witnesses from the Hiedler family, including Johann Nepomuk, Johann Georg’s younger brother. The truth about Alois’ father will probably never be known beyond doubt. It is certainly possible that it was Johann Georg Hiedler, or, as some have suggested, Johann Nepomuk, who was married and therefore couldn’t publicly acknowledge Alois. Another theory was that his mother Maria Schicklgruber, a domestic servant, became pregnant by a man from one of the families she worked for. This was rumoured to include Jewish families, which would later be a theory that Adolf Hitler was very keen to disprove. The authorities accepted Alois’ version, and Johann Georg Hiedler was recorded as his father. Alois Schicklgruber was now Alois Hiedler, although in the official records it was written down as the variant ‘Hitler’, a version which stuck.

Also at this time, Alois invited Johann Nepomuk’s granddaughter, the 16-year-old Klara Pölzl, to join his household as a servant. However, his then lover, Fanni Matzelsberger, felt threatened by Klara and forced Alois to send her away. By 1880, Alois’ extramarital activities had pushed his wife Anna too far, and the couple separated. Fanni was now living with Alois as his partner, albeit not his legal wife. The couple’s first child, also named Alois, was born in 1882.

In April 1883, Alois’ first wife Anna finally succumbed to her ill health and died. A month later, Alois and Fanni were married, and their second child, a girl named Angela, was born in July. However, Fanni became very ill and could no longer look after her young family. Klara Pölzl returned to help in the role of housekeeper. Fanni did not recover, and died in 1884 aged just 23. 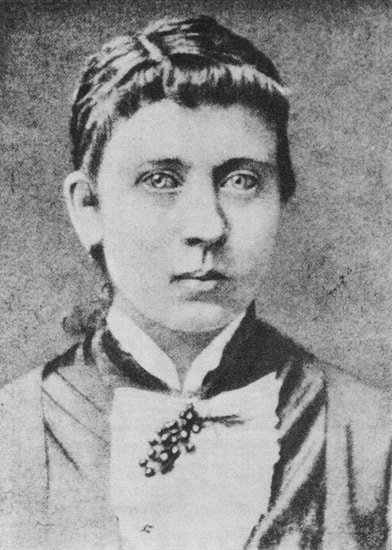 With Klara already in place in his household, Alois was keen to marry her despite the age gap of more than 20 years. However, there was a problem, which was that since his legitimisation he was now related to Klara. Alois applied to the church for special permission to marry his cousin (officially the couple were first cousins once removed), which was granted. Alois and Klara were married on 7 January 1885 in a very brief ceremony, after which Alois went to work. Klara was already pregnant, and their first child Gustav was born in June of that year. Ida was born in 1886, and Otto in 1887. However, the Hitlers would suffer as so many others at that time did in losing several of their children. Otto died just a few days after his birth, while Gustav and Ida succumbed to diptheria over the winter of 1887-88. This might go some way to explaining why Klara doted so much on her next child, Adolf, born 20 April 1889.

While Klara fussed over and adored Adolf, this was in marked constrast to Alois, who ruled his household with an iron fist. Adolf Hitler’s younger sister Paula would later recall the beatings that Alois used to dole out to Adolf for every perceived transgression. Klara would try and get in between her husband and son, often taking the blows herself.

The family moved to Passau in Germany in 1892 after Alois got a job there. He later moved back to Austria, to Linz, but his family remained in Passau as Klara had not long given birth to another son, Edmund. Alois bought a farm in Hafeld, Austria, for his retirement. After 40 years in the organisation, he left the Customs Service in 1895. The family all moved to the farm, which Alois tried to run. He was a keen beekeeper but apparently not a natural farmer, as he could not make the land turn a profit. Alois’ last child, Paula, was born at Hafeld in 1896. Of Klara’s children, only Paula and Adolf would survive into adulthood, as Edmund tragically died of measles in 1900. However, Alois and Fanni’s children, Alois Jr and Angela, lived to see their half-brother’s rise to become Führer.

As Adolf grew, Alois made it known that he wanted his son to become a civil servant like him. Adolf rebelled against his father, writing later that he could not bear the idea of a life of filling in forms. This became a source of constant conflict between them. Adolf Hitler would also write in his book Mein Kampf that he respected his father but loved his mother.

Alois Hitler died on 3 January 1903 at a local inn. He had been taking his customary morning glass of wine when he collapsed and could not be revived. Adolf apparently wept copiously when he saw his father’s body, despite their difficult relationship. Alois was buried in Leonding, Austria. His grave marker was removed in 2012 at the instigation of an unknown family member. 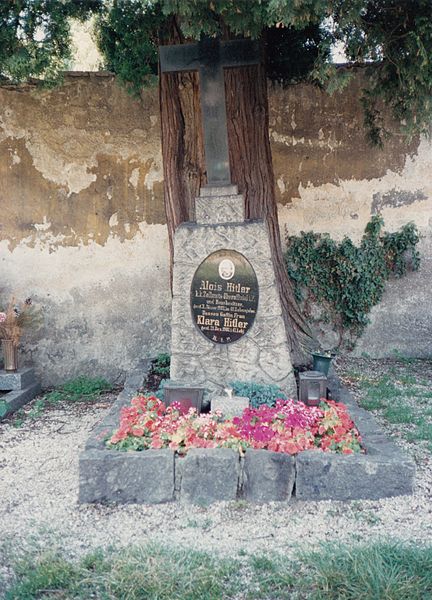 Alois Hitler was born Alois Schicklgruber in 1837 in Strones, Austria, to Maria Anna Schicklgruber and an unknown father. His mother later married Johann Georg Hiedler. After Maria’s death, Alois went to live with Johann Nepomuk Hiedler. Aged 13 he moved to Vienna to become an apprentice shoemaker, but he left the trade in 1855 to become a customs official. In 1873 he married his first wife, Anna, but was soon having an affair with a servant, Fanni Metzelsberger. Alois Schicklgruber changed his name in 1876 to Alois Hiedler, or Hitler, having had Johann Georg Hiedler officially recognised as his father. After his first wife’s death, Alois married Fanni, with whom he had two children. After Fanni also died, Alois got special permission to marry his cousin Klara. Alois and Klara had six children, but only two survived to adulthood – Adolf and Paula. Alois was said to be very rough with his family, and had a particularly difficult relationship with his son Adolf. Adolf would grow up to be the leader of the Nazi Party and Führer of the German Third Reich, arguably responsible for millions of deaths and untold misery across Europe and beyond.