The dissolution of the monasteries is an episode of the reign of Henry VIII of England which began in 1534, when the king undertook threats of confiscating the property of the religious orders in England, Wales and Ireland. Rather than finding its basis in political and economic reasons, the dissolution is the consequence of the king’s conflict with the Roman Catholic Pope Clement VII. In fact, the pope had refused to annul the king’s marriage with Catherine of Aragon so that he can marry Anne Boleyn. This dissolution materialised thanks to the introduction of two major laws. The first law of dissolution of the monasteries of 1534 seized any ecclesiastical domain and declared “Property of the State” all the monasteries and churches that earned less than 200 pounds annually; the second law of 1538 concerned those whose annual income exceeded 200 pounds. 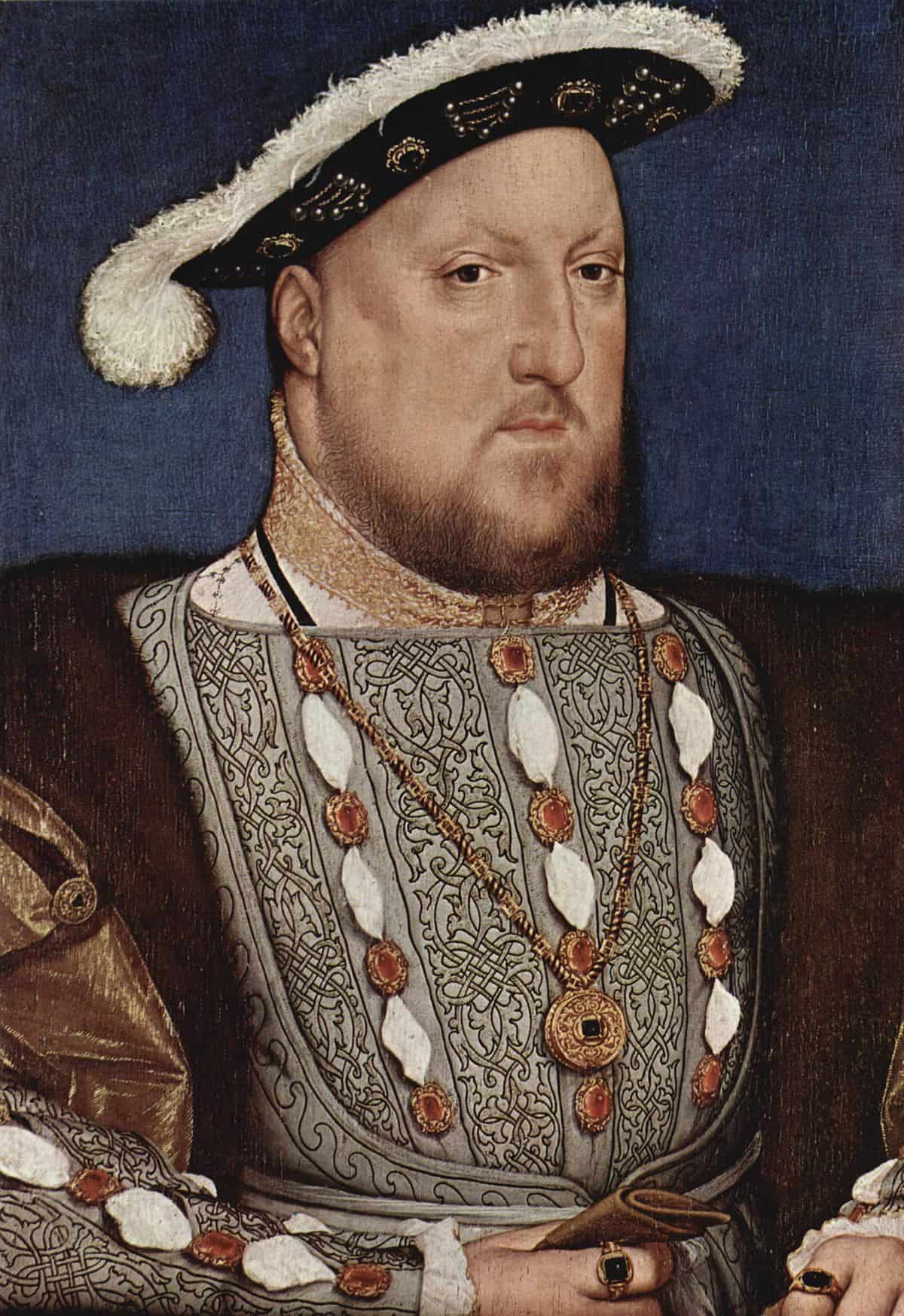 Dissolution of the Monasteries

The Crown was confronted with a population (including theologians and clergy) divided over the issue of reform. Since John Wyclif, some were in favour of reformist ideas both on the doctrinal level (return to the bible) and on a political level (national independence).

Just as any other foreign bishop, the Pope and Rome had no more authority or jurisdiction on the kingdom of England.

Thomas Cranmer supported the independence of the Church of England; however, many intellectuals, such as  Chancellor Thomas More or Reginald Pole, rejected the schism. On the other hand, individuals such as Hugh Latimer called for a much more radical Protestant reform than the one proposed by the king. 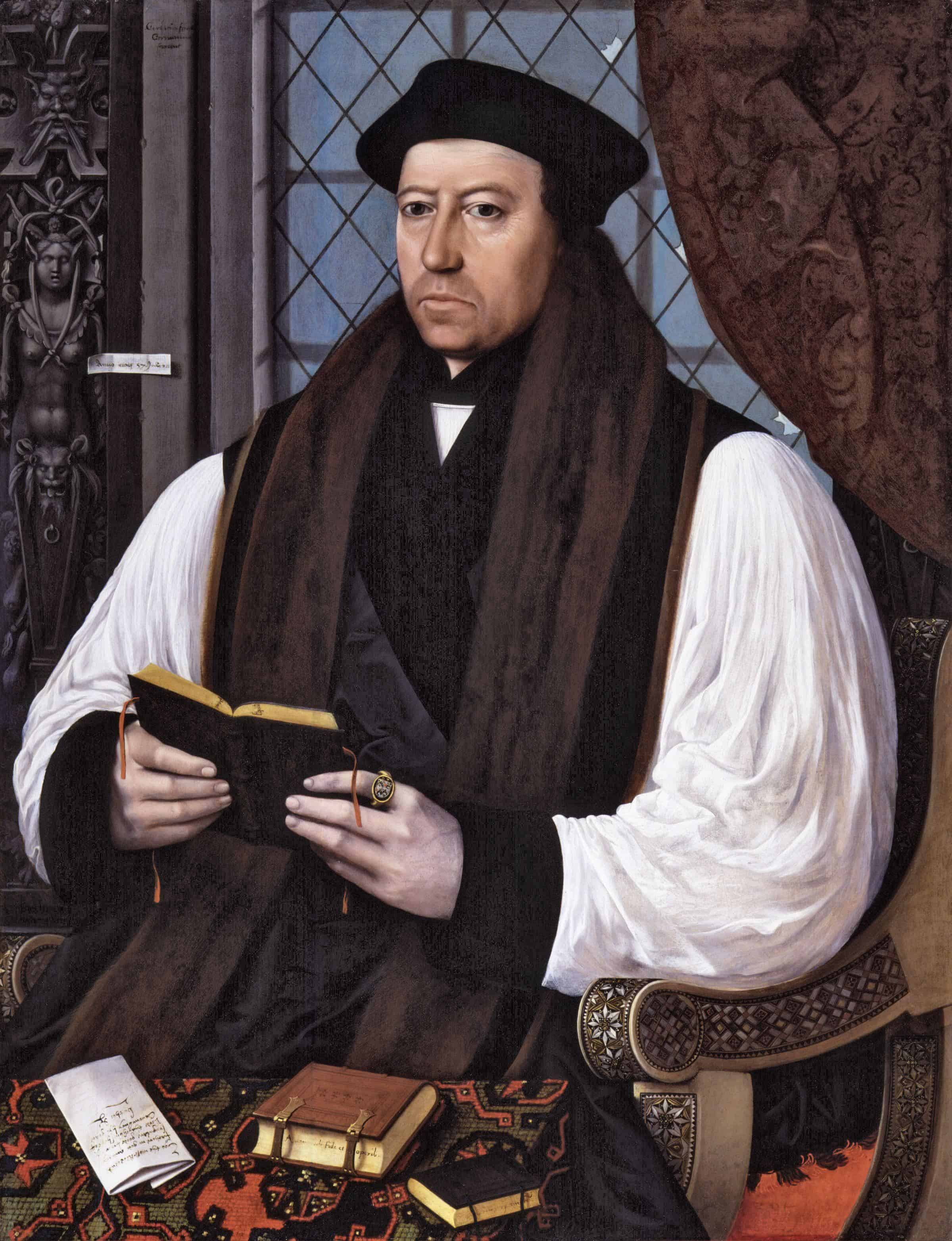 Between 1524 and 1527, Cardinal Thomas Wolsey had already embarked on a reform project, closing thirty monasteries, notably in Ipswich, his hometown, and Oxford, where he had studied. The profits from the operation were used to build public educational institutions. After closing the priory of Saint Frideswide, Wolsey founded Cardinal College, which was to become the college of Christ Church (Oxford).

In November 1529, under the reign of Henry VIII, the reform laws against the Church were approved, thus putting an end to the control of wills and funeral expenses for burials in consecrated ground, and more rigidly regulating the right to asylum for criminals and murderers. The number of ecclesiastical offices held by a single individual was also limited to four. It was basically more about establishing the king’s jurisdiction in a “Catholic state” rather than about undertaking a sort of “reform” (which came later).

In spite of everything, there was strong resistance from the faithful and from the ecclesiastics loyal to the Catholic Church. The opposition to Henry VIII was exemplified in the controversial figure of Reginald Pole. Initially, Henry VIII offered Pole the archbishopric of York or the diocese of Winchester on condition that he supported his divorce from Catherine of Aragon. Pole withdrew his support and voluntarily went into exile in 1532 in France and Italy, continuing his studies in Padua and Paris. In 1536, against his will, he was appointed cardinal by Pope Paul III and attended the Council of Trent. After the Pope’s death in 1549, Pole almost elected pope.

It has been hypothesised that the confiscation of the lands and ecclesiastical properties were some of the main incentives that encouraged Henry VIII’s detachment from the Church of Rome. However, this cannot be directly proved, since before proceeding with the schism and divorce, Henry VIII insisted for five years in asking the Pope for the annulment of the marriage. Rather, once he obtained control over the English church, he was no longer able to resist the temptation to use ecclesiastical assets to clear the country’s debts, considering that the church had three times more revenue than the state. Also, the king was not lacking political motives: as soon as he broke with the Church of Rome, the dissolution of monasteries can be seen as a way to eliminate organisations that were the main source of opposition to Henry VIII’s policy. Henry declared himself Supreme Head of the Church of England in February 1531. In April 1533 the law on the Restriction of Appeals abrogated the right of clerics to appeal to “foreign tribunals”, that is to Rome, and the king became absolute leader in every matter: spiritual and financial.

In 1534 the king, with the parliament’s authorisation, ordered Thomas Cromwell, a layman at the service of the crown from 1530, to visit all the monasteries (a term that includes abbeys and convents) in order to make the religious aware of the new imposed by the king who had substituted the role of the pope in England.

Moreover, the populace was fed with falsehoods, such:

Meanwhile, during the second half of 1535, the visiting commissioners sent Cromwell reports on scandals, of a sexual and financial nature, which they falsely claimed to discover. The parliament issued a law in 1536, based largely on these debatable reports to assign to the king all monasteries with annual revenues of less than £ 200: the smaller monasteries were therefore emptied and confiscated. The monastic life, whose reputation for corruption had been falsely amplified, was in decline due to lack of income: in 1536 the thirteen Cistercian houses of Wales numbered 85 monks in all. 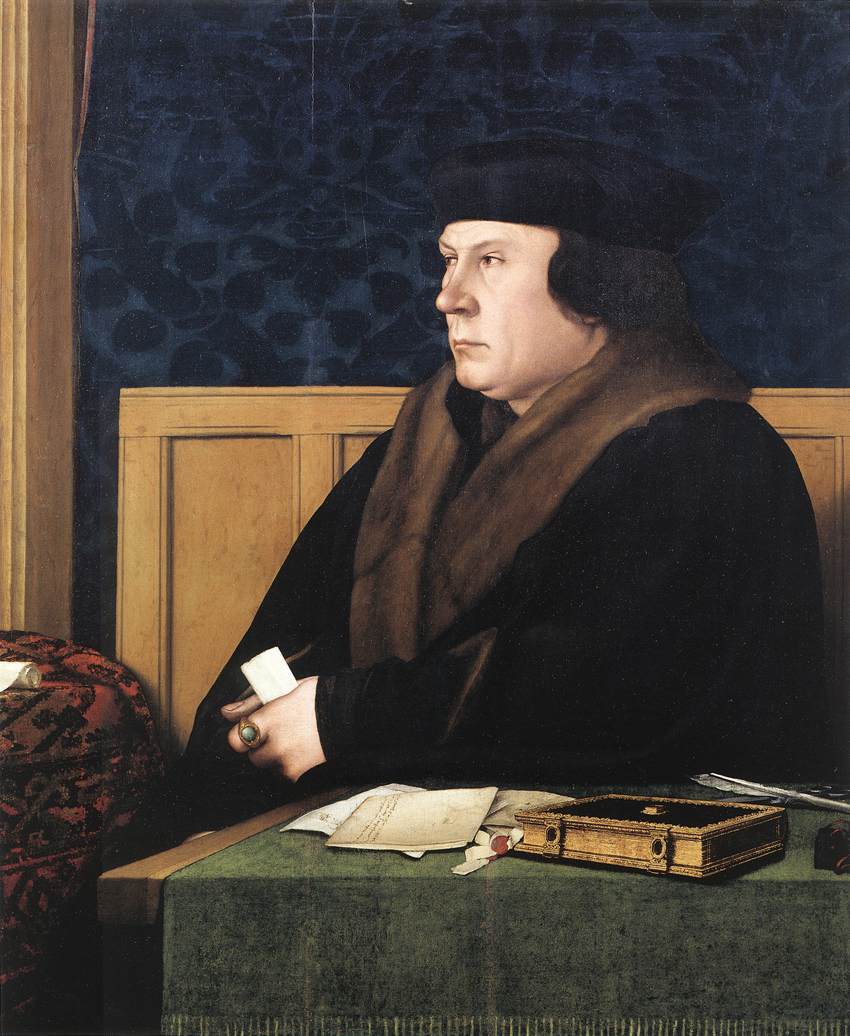 The movement obviously did not produce as much money as was expected, even after the sovereign rehabilitated some of the monasteries, and then confiscated them again. In April 1539 a new parliament issued a law that gave the king the remaining English monasteries. Some abbots opposed, and in the autumn the abbots of Colchester, Glastonbury and Reading were sentenced to death for treason.

The other abbots preferred to donate their abbeys to the king. Some of the ecclesiastical buildings were demolished to obtain material for secular buildings. Some of the minor Benedictine houses were assigned to parish churches, or even purchased by wealthy parishes. The tradition according to which the buildings were vandalised by iconoclasts, with the destruction of altars and stained glass windows, is confused with the damages caused by the Puritans in the following century. However, the relics were eliminated and pilgrimages were discouraged. The places that owed their fame to the fact of being the destination of pilgrimages like Glastonbury, Bury St Edmunds and Canterbury suffered however strong repercussions.

However, Henry VIII’s financial needs had not ended. Many abbeys were resold, at special prices, to the new Tudor nobility, making it increasingly a social class aligned with the new Protestant institutions.

Among the major cultural losses resulting from the dissolution, we must remember the destruction of the monasteries’ book heritage. it is believed that most of the early Anglo-Saxon manuscripts were lost during this period. The suppression of monastic schools and hospitals also had negative consequences, especially at the local level.

Many of the dismantled monasteries and convents were sold for symbolic amounts (often to the local population); some religious received pensions, others continued to serve in the parishes. Although the total value of the confiscated property had been calculated at around £ 200,000, the actual income made by King Henry from 1536 until 1547 only reached £ 37,000 a year, about a fifth of what the monks had obtained.

The Dissolution was not popular throughout England. In 1536 there were popular uprisings in Lincolnshire and Yorkshire and the following year there was a further uprising in Norfolk. Rumours also spread that the king was about to demolish the parishes as well, and to tax the cattle. The rioters demanded an end to the dissolution of the monasteries, the removal of Cromwell, and the appointment of Henry’s eldest daughter, the Catholic Mary as his successor instead of his younger son Edward. Henry coaxed the representatives of the rebellion with vague promises, then ordered the execution of some of the leaders.

The abbeys of England, Wales and Ireland played a vital role in traveller accommodation, knowledge transfer, charity, hospital and health care while providing work for local artisans. The destruction of libraries is among the greatest losses of the English reform. There remain only six of the six hundred volumes possessed by the priory of Worcester at the time of the dissolution. Only three volumes survive from the York Augustine Library after the destruction of six hundred and forty-six books.

Religious hospitals were also closed, which brought serious consequences at the local level. The monasteries had fed the poor and distributed alms during times of scarcity. The disappearance of the monasteries gave rise to an army of stout beggars who were a constant preoccupation during the Tudor reign. In addition, the abbeys were more understanding employers than the new aristocratic owners who increased rents by demanding increased productivity from their farmers and sharecroppers. More generally, the disappearance of the monasteries contributed to the decline of contemplative practices in Western Europe over the following centuries.

[4.] Woodward, G.W.O. (1974). The Dissolution of the Monasteries. London: Pitkin Pictorials Ltd.Concentrates on England and Wales