On December 30, 1918, the Spartacist League created, along with a few other smaller groups, the Communist Party of Germany. 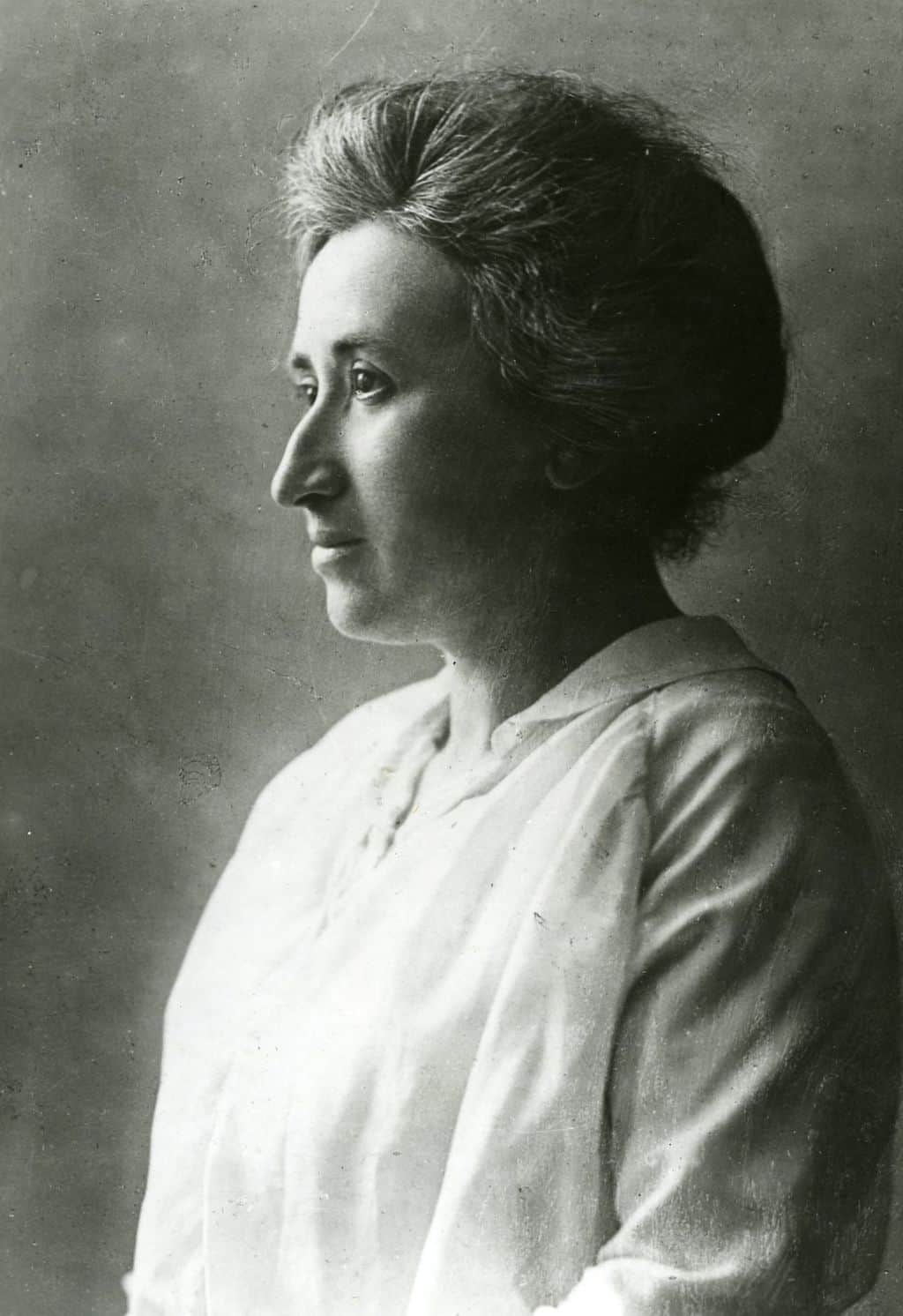 People belonging to the German Communist Party played a great role in XX century Germany. For instance, at the beginning of World War I in 1914, Rosa Luxembourg incited German soldiers to mutiny and made accusations of brutality against German officers. In a speech addressed to the soldiers, she claimed “If they expect us to murder our French or other foreign brothers, then let us tell them, ‘No, under no circumstances’’ (Cliff 2003), and in court she ‘turned from defendant into prosecutor’ (this speech is published as Militarism, War, and the Working Class’ (Cliff 2003). For this reason, she was imprisoned at Breslau. Having sentenced one year, Rosa was nonetheless held in protective custody until the end of the war. Once released, she helped Karl Liebknecht organise the communist Spartacus League and edit the paper Rote Fahne (that signifies ‘Red Flag’) which during the revolution that followed the German military collapse, united the German proletariat to revolution, and the seizure of power.

On the other hand, Euguen Levine tried to promote several reforms, such as the distribution of the most luxurious apartments to the homeless, giving workers the ownership and management of their own factories, the reformation of the educational system, and the abolition of paper money. However, he was unable to accomplish only the last two objectives. Under Levine’s orders, the Red Guards began to arrest people considered hostile to the new regime. When German President Friedrich Ebert ordered the invasion of the Soviet Republic and the reestablishment of Johannes Hoffmann’s Bavarian government, the Red Guards killed eight hostages on April 29th.

In essence, the adherents to the German Communist Party demonstrated to be ready to sacrifice their lives in the name of their political ideology.

During the debates concerning the future of the German Communist Party, conflicting ideologies were emerging, especially in regards to the parliament and social democracy. 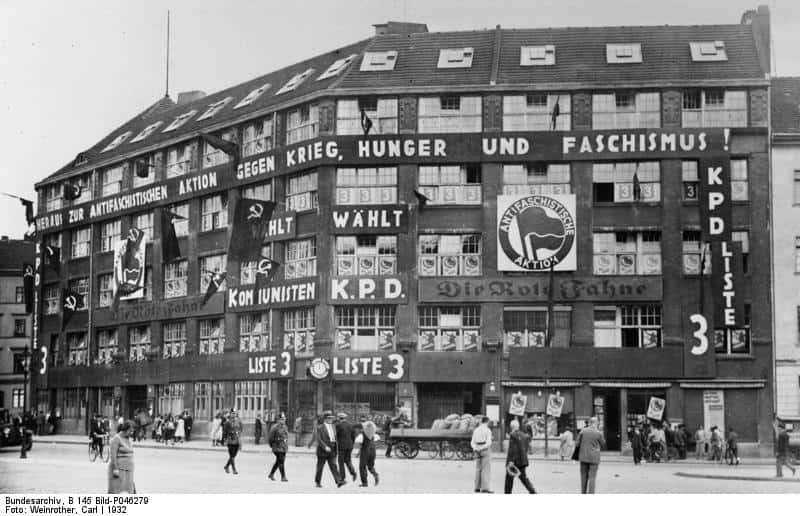 Some founding members, including Luxembourg, pleaded for the name ‘Socialist Party of Germany’ and for its participation in the upcoming elections to the Weimar National Assembly. This proposal was largely rejected.

In the elections to the National Assembly on January 19, 1919, the SPD (Social Democratic Party of Germany) became the strongest party. In fact, by refusing to participate in the parliamentary elections, the KPD was further sidelined and reduced by the persecution and arrest of its members. It had been banned in the spring of 1919 and was only able to carry out its subsequent party congresses illegally. Members of the communist party started to be persecuted and murdered. For instance, one of the victims was Leo Jogiches, who was killed in the Berlin-Moabit detention centre in March.

Military and security police used firearms against the Communists. On January 13, 1920, the result was a bloodbath at the Reichstag building. As a consequence, the social-democratic Reich government imposed once again the state of emergency, which was only lifted in December 1919, and banned the newspapers Freiheit und der Rote Fahne. On January 19, twelve party officials of the USPD and the KPD, including the chairmen Ernst Däumig and Paul Levi, were detained for some time.

The Rise of Adolf Hitler

When Adolf Hitler was appointed Reich Chancellor by Reich President Hindenburg on January 30, 1933, the KPD called for a nationwide general strike. However, this appeal barely met with public interest. Only in the small Swabian industrial town of Mössingen on January 31, 1933, communist workers tried to implement the general strike. However, the strike action in the three local textile companies was quickly suppressed. Eighty participants were sentenced to imprisonment for two and a half years. On February 15, 1933, KPD members severed the main connecting cable of a radio tower near Stuttgart and thus prevented the transmission of one of Hitler’s speeches in some parts of Württemberg.

After the Reichstag fire of February 27, 1933, on February 28, 1933, under the pretext of having to banish an acute Communist upheaval, the Reich President for the Protection of the People and the State banned the publishing of the KPD and SPD’s press. During the night of February 28, several KPD officials and members of the Reichstag were placed in protective custody and the party offices were closed. By March 1933, 7500 communists had been arrested. In the Reichstag election on March 5, 1933, the KPD obtained 12.3% of the votes, but the seats in the Reichstag remained vacant and were canceled on 8 March. Thus, with Hitler’s Enabling Act of March 23, 1933, the KPD was no longer involved in the vote. After the exclusion of the KPD, only the SPD members voted against this law. 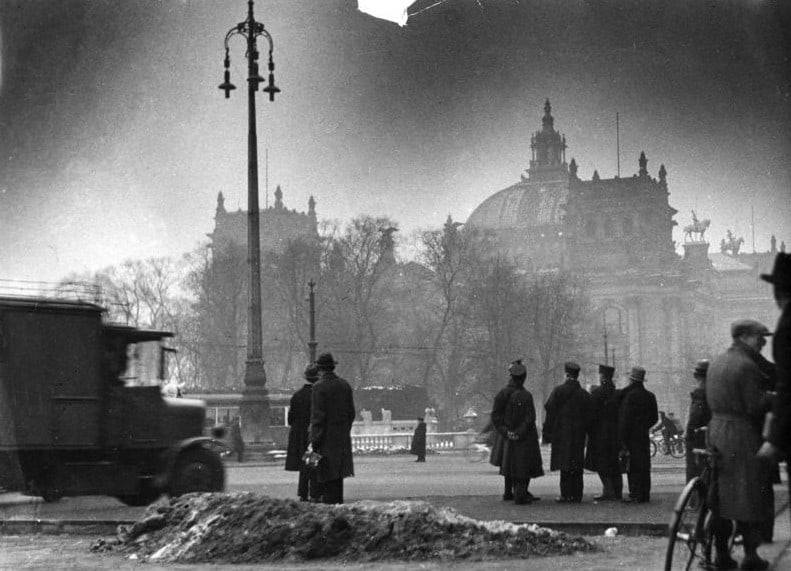 On May 26, 1933, the assets of the KPD were confiscated. Many of their supporters and their splinter groups were arrested and locked in 1933 in the Dachau concentration camp or the camps in Emsland. During the Third Reich, Communists were systematically persecuted for their political ideologies. They were locked up in concentration camps and murdered. The KPD witnessed large losses in the fight against the fascist dictatorship from 1933 to 1945.

The KPD continued its anti-fascist struggle by holding underground meetings. A relatively significant resistance movement of non-exiled KPD members was born and was called the Saefkow-Jacob-Bästlein organisation. Other Communists groups worked with the Soviet Union during the Second World War and tried, among other things, to attain secret information.

With the Prague Manifesto of 1934, the Central Committee of the Communist Party headed by Wilhelm Pieck and Walter Ulbricht developed a program to save the German nation. In Moscow, the KPD founded the National Committee for a Free Germany (NKFD) and fought against the fascist ideology. Similar organisations were set up in France, the Netherlands and even Mexico. Members of the KPD worked in the Lutetia district (Paris) and in the Council for a Democratic Germany (New York).

During their exile in Moscow, many communists who had emigrated to the Soviet Union became the victims of Stalin’s purges during the period of Great Terror. More than 242 KPD officials were murdered and buried in execution sites and in mass graves such as Butow. Over 4000 comrades were deported to Germany after the Hitler-Stalin Pact, where they were arrested by the Gestapo and sent to concentration camps.

Overall, the KPD’s losses due to repression and active resistance proved to be tremendously high. In the last twelve months of the war many KPD officials and members were deliberately murdered (including the party leader Thälmann, and other members such as Theodor Neubauer, Ernst Schneller, Mathias Thesen, Rudolf Hennig, Gustl Sandtner and Georg Schumann). In January 1945, the Gestapo was instructed to destroy German Communists.