Although Britain and Spain had previously entertained pacific and diplomatic relations , by the end of the XVI century their relation had deteriorated. Spain’s monarch was Philip II (who for a period of time had been married to Mary I of England), whereas the British throne was occupied by Elizabeth I. 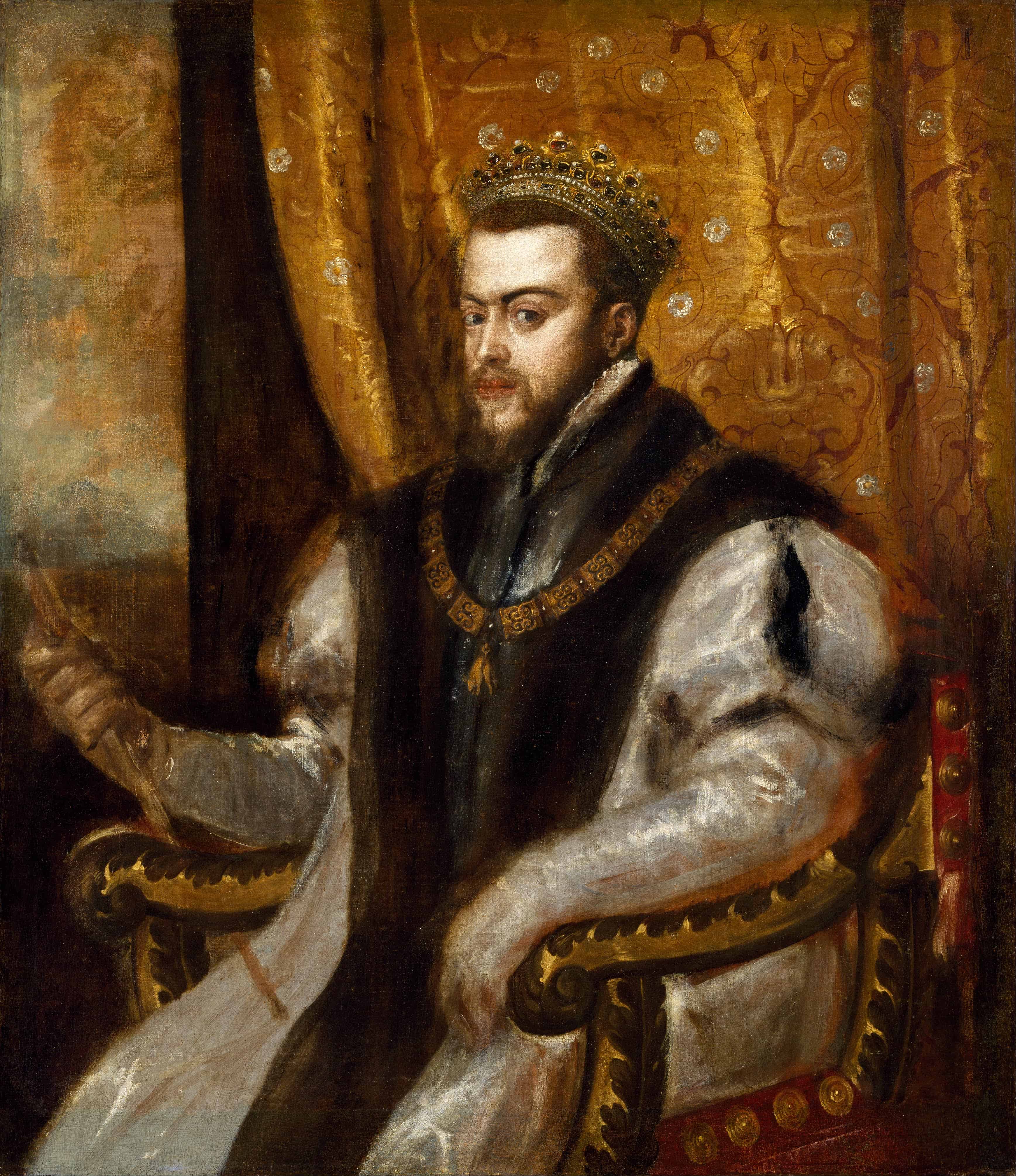 In the last decades of the XVI century, Spain was the most powerful country in Europe, and Philip was not well regarded in England: in fact, being at the head of a Catholic country, he despised Protestantism and considered the Queen as an ‘untrustworthy and heretic’ person (British Library no date).

In 1568, Spain invaded the Netherlands and Philip believed that such a geographic position was convenient because it would eventually allow him to invade Britain with great ease. Moreover, Elizabeth was not satisfied with the Spanish invasion of Holland and Belgium since these countries professed a protestant religion.

The Duke of Parma led the Spanish expedition and thanks to his military control, he was achieving great results for Philip. Therefore, by 1585, Elizabeth sent troops and financial resources to the Dutch in order to help them defend themselves from the Spanish.

However, the Queen of England’s biggest coup was the attack of the Spanish army in the ports of the Caribbean: twenty-five ships were assigned to Sir Francis Drake.

Philip’s attempt to invade England and his defeat

In 1585, Philip II decided on his ‘Enterprise of England’: his plan consisted in sending a large number of ships to the Netherlands (where the Spanish army and the Duke of Parma were) in order to then reach and invade England. Philip’s fleet was composed of almost 130 ships. However, the Spanish monarch had to deal with an impending problem: in fact, Spain could not arrive in the Dutch port without the risk of being attacked by local rebels averse to the Spanish control. Even the Duke of Parma thought that such a strategy was not going to be successful. Parma’s prophecy turned out to be true: in fact, in 1587 Philip’s fleet was attacked by the English at the port of Cadiz (Spain). Notwithstanding their first setback, the following year Spain organised a new fleet under the command of Duke of Medina Sidonia (British Library no date). However Medina Sidonia was not a truly suitable fit: he had even claimed to the Spanish king ‘I know by the small experience I have had afloat that I soon become sea-sick’ (Hutchinson 2013). Medina was sure he was about to fail in his expeditions. Nonetheless, Philip’s advisors attempted to convince him of the contrary: ‘do not depress us with fears for the fate of the Armada because in such a cause, God will make sure it succeeds’ (Hutchinson 2013). Moreover, when the Spanish fleet was being damaged by the stormy weather as soon as it left Lisbon, Medina wrote to Philip: I am bound to confess that I see very few, or hardly any of those in the Armada with any knowledge or ability to perform the duties entrusted to them. [..] Your majesty may believe me when I assure you that we are very weak. Do not be deceived by anyone who may wish to persuade you otherwise. [..] Well, sire, how do you think we can attack so great a country as England with such a force as ours is now’ (Hutchinson 2013). Even the Duke of Parma had warned the king of Spain of the impending dangers: ‘If we came across any armed English or [Dutch] rebel ships they could destroy us with the greatest ease’ (Hutchinson 2013). Notwithstanding the numerous warnings Philip received, he nonetheless felt it was necessary to continue his mission against England, and wrote a letter to the admirals claiming that they should not despair since he had put all his faith into God: ‘God grant that no embarrassment may come from this. [..] I have dedicated this enterprise to God. Pull yourself together then and do your part!’ (Hutchinson 2013).. 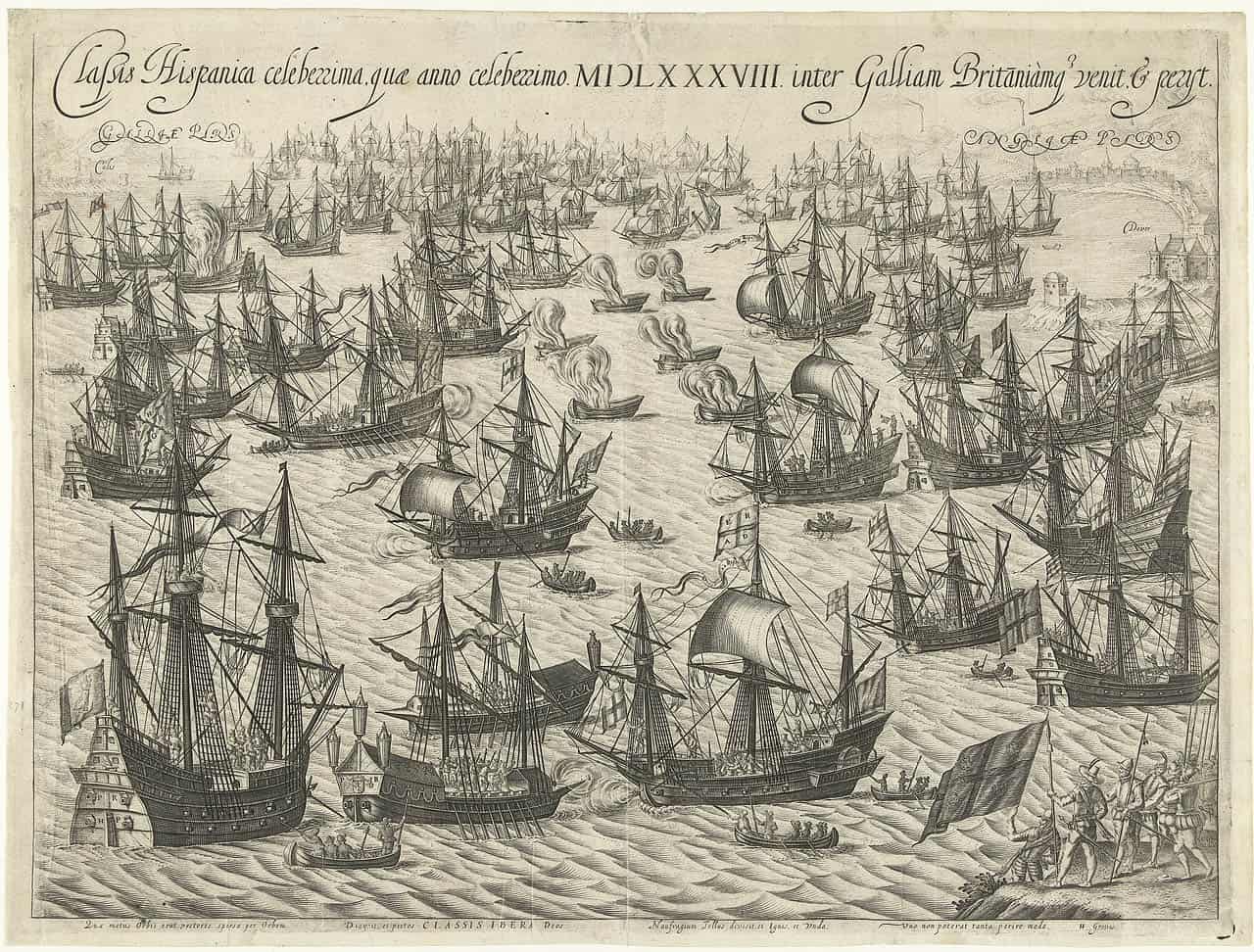 However, when the Spanish approached the English Channel, they were immediately spotted by their enemies. Therefore, departing from Plymouth, England’s objective was that of destroying the Spanish Armada before they reached the Netherlands in order to meet with the Duke of Parma and his army. Having received news that Parma was not ready to meet with the Armada, on August 7 the Spanish fleet stopped in the port of Calais. The Duke of Medina’s choice revealed itself to be unwise, since it marked the start of their defeat.

In fact, Calais was a dangerous geographical position for the Spanish ships to station in: so close to the British borders, they could have been attacked at any time. In fact, the following day, on August 8, the English fleet caused havoc amongst their enemies. England managed to defeat the Spanish Armada thanks to its commanders: Sir Francis Drake, John Hawkins, and John Frobisher (British Library). 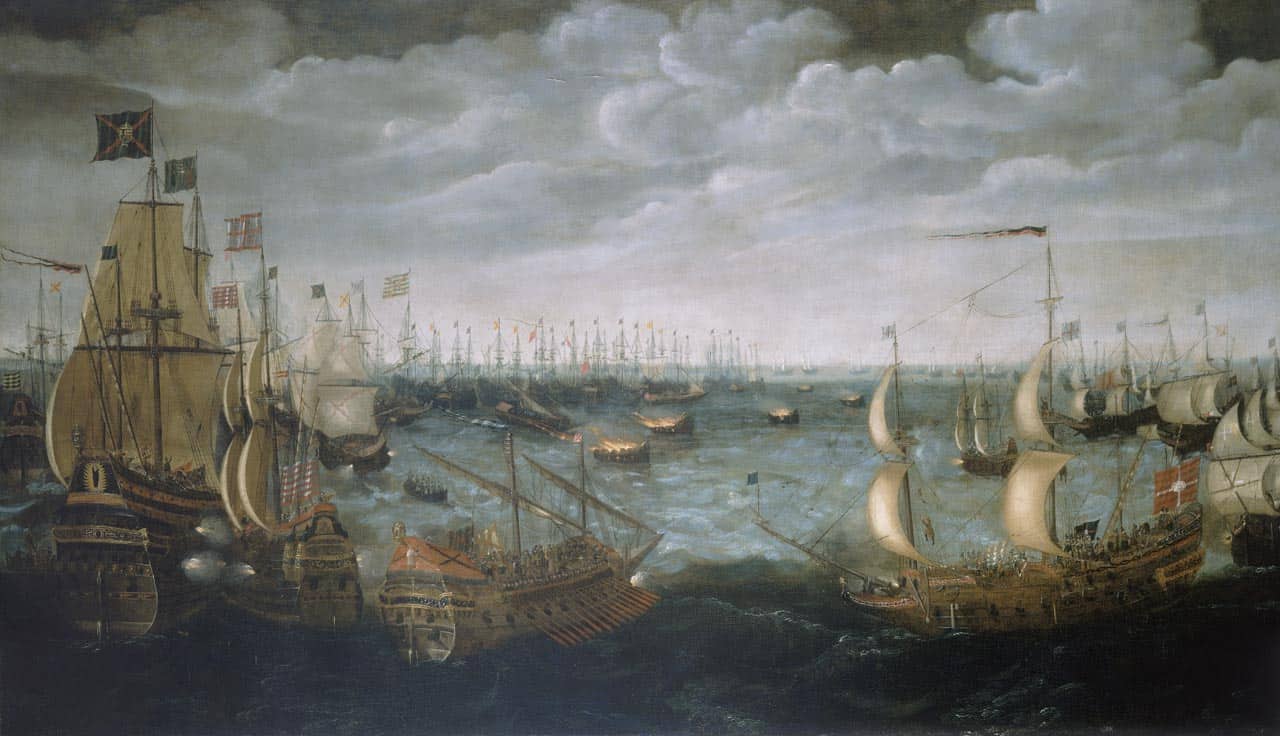 When the Spanish Armada was defeated, Philip II’s fleet was ‘forced to make the treacherous journey north around Scotland and Ireland’ since the closest route back to Spain was still occupied by the English naval forces (British Library). Such long journey back home caused Spain to lose even more ships due to wrecks along the Scottish coast and the the stormy weather in Ireland (Mackenzie 2018).

The victorious Elizabeth I made public appearances in Tilbury (Essex) as soon as she defeated the Spanish Armada, and she uttered the following famous sentence: ‘I known I have the body of a weak, feeble woman; but I have the heart and stomach of a king, and of a king of England too. [..] Shortly we shall have a famous victory over the enemies of my God and of my kingdom’ (Mackenzie 2018; citing Elizabeth I).

Moreover, although the following fact is not widely discussed (especially in English history books), in 1589, England responded to Spain’s attack with a counter-Armada which proved to be a disaster. Such military expedition is known as English-Armada or as the Drake-Norris Expedition.

Facts about the Armada

Philip II had taken two years to put together a fleet of 122 ships. On the other hand, when the Spanish first spotted their enemies in the Port of Plymouth, England possessed only sixty-six ships, and only subsequently its fleet reached two-hundred ships. Although the British and the Spanish did not declare it, they were in the midst of a war, and the Spanish Armada represented the ultimate hostile action against Britain (Mackenzie 2018). Notwithstanding Spain’s military strength, Philip II was aware of the fact that defeating England would have been a great challenge because of their powerful naval fleet. Although England was much stronger in her fleet, Spain’s firepower was 50% stronger than the British one (Mackenzie 2018).

According to Hutchinson (2013) Spain did not lose its naval battle only because of England’s strength: in fact, some of the factors that contributed to their loss were the ‘appalling weather, poor planning and flawed strategy and tactics’.

Following its defeat, Spain almost went bankrupt, whereas England entered a period of peace and prosperity known as the ‘Golden Age’.

Spain did not surrender, and organised other two expeditions in 1596 and 1597: however, they ended disastrously since they were not able to handle the storms.

Reasons that pushed the Spanish Armada to attach England

Being a protestant queen, Elizabeth felt it was her duty to protect the Protestants of other countries that were being attacked. Amongst these, were the Spanish Netherlands. Yet, Queen Elizabeth knew perfectly that assisting them also meant provoking the English Catholics, the Spanish Catholics and the Irish rebels (Adams 2017).

Moreover, being a Catholic country, the Pope strongly supported the Spanish aggression towards Protestant England. In fact, it is worth noting that Elizabeth’s father, Henry VIII, had denied the pope of his powers by creating the Act of Supremacy in 1534, which made the monarch the ‘Supreme Head of the Church of England’. Pope Sixtus V admired Queen Elizabeth for her strength, courage and resolution, and also stated to one of his Venetian ambassadors ‘were she a Catholic, she would be our most beloved, for she is of great worth’  (Hutchinson 2013). Moreover, Philip II and Elizabeth I’s ministers were convinced that the English Catholic population would have upraised and helped the king of Spain in its war against their protestant queen. Those who did betray Elizabeth I by joining the Armada were captured and executed at the Tower of London with the accusation of being ‘rebels and traitors to their country’ (Hutchinson 2013).

[2.] British Library (no date). Background of the Armada. BL. [online] Available from: http://www.bl.uk/learning/histcitizen/uk/armada/back/backd.html