One of his father’s wealthy friends, Richer de L’Aigle – who later signed the Constitutions of Clarendon against Thomas – was attracted to Thomas’ sisters, taught him good manners, horseback riding, and hunting. In fact, during his youth, he took part in numerous jousts and tournaments.

At the age of ten, he started studying civil and canon law in the abbey of the monks of Merton, in Surrey. He studied theology in Paris and Bologna. Once he returned to England, Thomas entered the service of the archbishop of Canterbury. Theobald, impressed by his ability and sagacity, assigned to Becket several missions in Rome.

In 1154 he was appointed archdeacon of Canterbury and provost of Beverley and, the following year, chancellor of the kingdom. 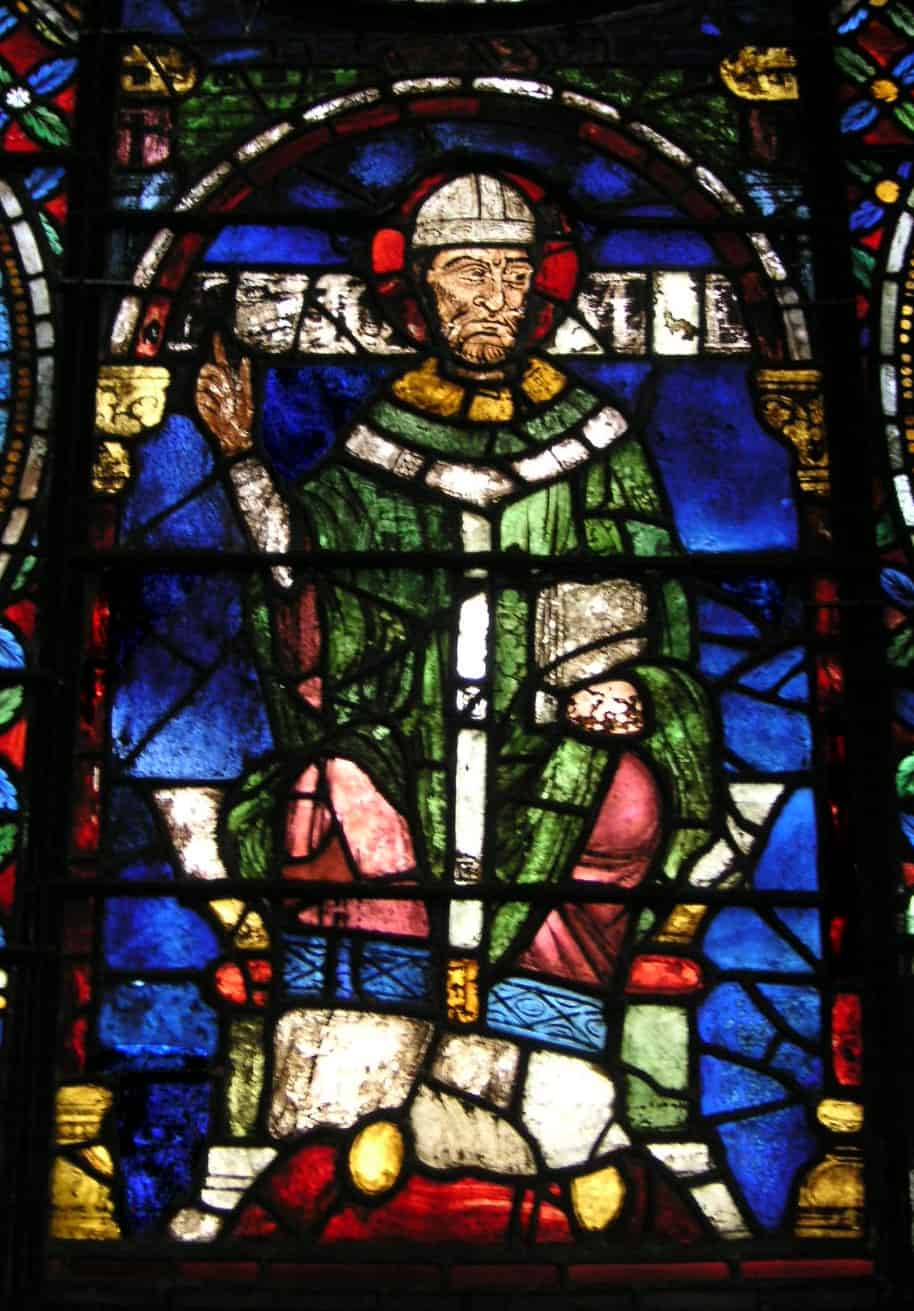 Henry II of England, like all Norman kings, wanted to be the absolute sovereign, both of his kingdom and of the Church. In fact, he wanted to eliminate the privileges acquired by the English clergy, which he thought diminished his authority.  Becket thought he was the right person to defend the king’s interests: therefore, the young chancellor became not only Henry II’s faithful servant, but also an excellent companion of hunting and diversions. The king also sent his son Henry to live in Becket’s house, as was customary with the children of the nobility.

Archbishop Theobald died on April 18, 1161, and the king declared on Thomas as successor at the archbishop’s headquarters in Canterbury (however, the legitimate successor of Theobald was Gilbert Foliot). The election took place in May and Becket was consecrated on June 3, 1163. As a compensation Foliot was given the bishopric of London.

From the moment he was consecrated, a radical transformation came about in the whole kingdom. However, when the Church became an austere environment, the king began to acknowledge his mistake and began to rely more and more on the Bishop of London, Gilbert Foliot, who turned out to be the true supporter of the autonomy of the Church of England, contrarily to Thomas Becket.

Before the schism that divided to the Church, Becket was in favour of Pope Alexander III who sustained Becket’s same hierarchical principles. The archbishop of Canterbury received the stole of Alexander in the council of Tours.

Once he returned to England, Becket began to implement the project he had prepared: to free the Church of England from the limitations that he himself had consented to apply. His objective was twofold: the complete abolition of all civil jurisdiction over the Church, with control not shared by the clergy, freedom of choice of its prelates and acquisition and security of property as an independent fund.

The king quickly understood the inevitable results of the archbishop’s attitude and summoned the clergy in Westminster on October 11, 1163, demanding the repeal of all demands for civil legal exception and recognising the equality of all individuals before the law. The high prelature was ready to accept the king’s requests, however, the archbishop firmly refused.

The Constitutions of Clarendon

The king convened another assembly in Clarendon on January 30, 1164, in which he presented his demands exposed in sixteen points. His requests consisted in the clergy’s abandonment of their independence and their consequent dependence on Rome. Henry II obtained the clergy’s approval. 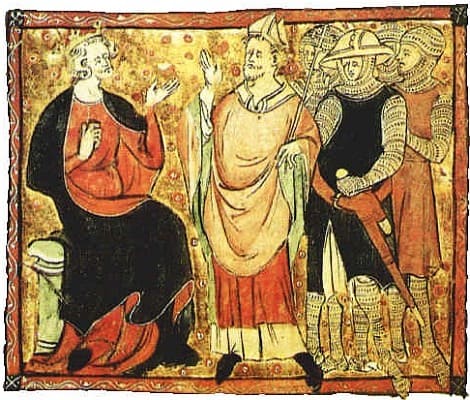 Although Becket tried to reach an agreement by discussing the points exposed by the king, he refused to sign the treaty. This meant open war between the archbishop and the king. Henry tried to get rid of Becket by judicial means and summoned him before the great council of Northampton on October 8, 1164, to answer the accusation against him: opposition to royal authority and abuse of his position as chancellor.

Becket appealed to the pope. However, realising the danger he was facing, he voluntarily went into exile on November 2 and took refuge in France. He went to Sens where he met Pope Alexander III, who also received some envoys of the king who asked, in his name, to take action against Becket and sent a legacy to England with plenary authority to solve the problem. Alexander III refused to help the king and lent his support to Becket. 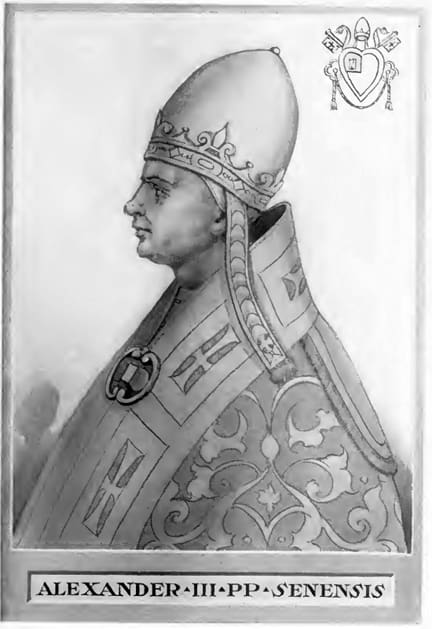 Henry persecuted the fugitive archbishop, creating a series of decrees against Becket (which were applicable to all his friends and supporters). However, Louis VII of France welcomed the former archbishop to his court and offered his protection. Becket stayed two years in the Cistercian abbey of Pontigny until Henry forced him to return to Sens.

Becket wanted to maintain his position notwithstanding his excommunication and prohibition. Meanwhile, the ideological differences between the pope and the archbishop became more and more obvious and worsened in 1167, when legates were sent to England in order to discuss the issue. Persisting in his principles, Becket agreed with the legates and submitted to the conditions of the king as long as he allowed him to maintain his power.

Becket was about to reap the rewards of his firmness when in 1170, the pope was about to excommunicate the king. As a consequence, Henry reached an agreement that allowed Thomas’ return to England and continue with his ministry.

Both parties remained irreconcilable and Henry, who had obtained much support, refused to return the ecclesiastical properties.

The tension between both parties prevented a satisfactory resolution and a catastrophic ending was on its way. Four Anglo-Norman knights, Reginald Fitzurse, Hugo de Morville, William de Tracy and Richard Brito, immediately organised the assassination of the archbishop, which took place on Tuesday, December 29, 1170, in the atrium of Canterbury Cathedral. 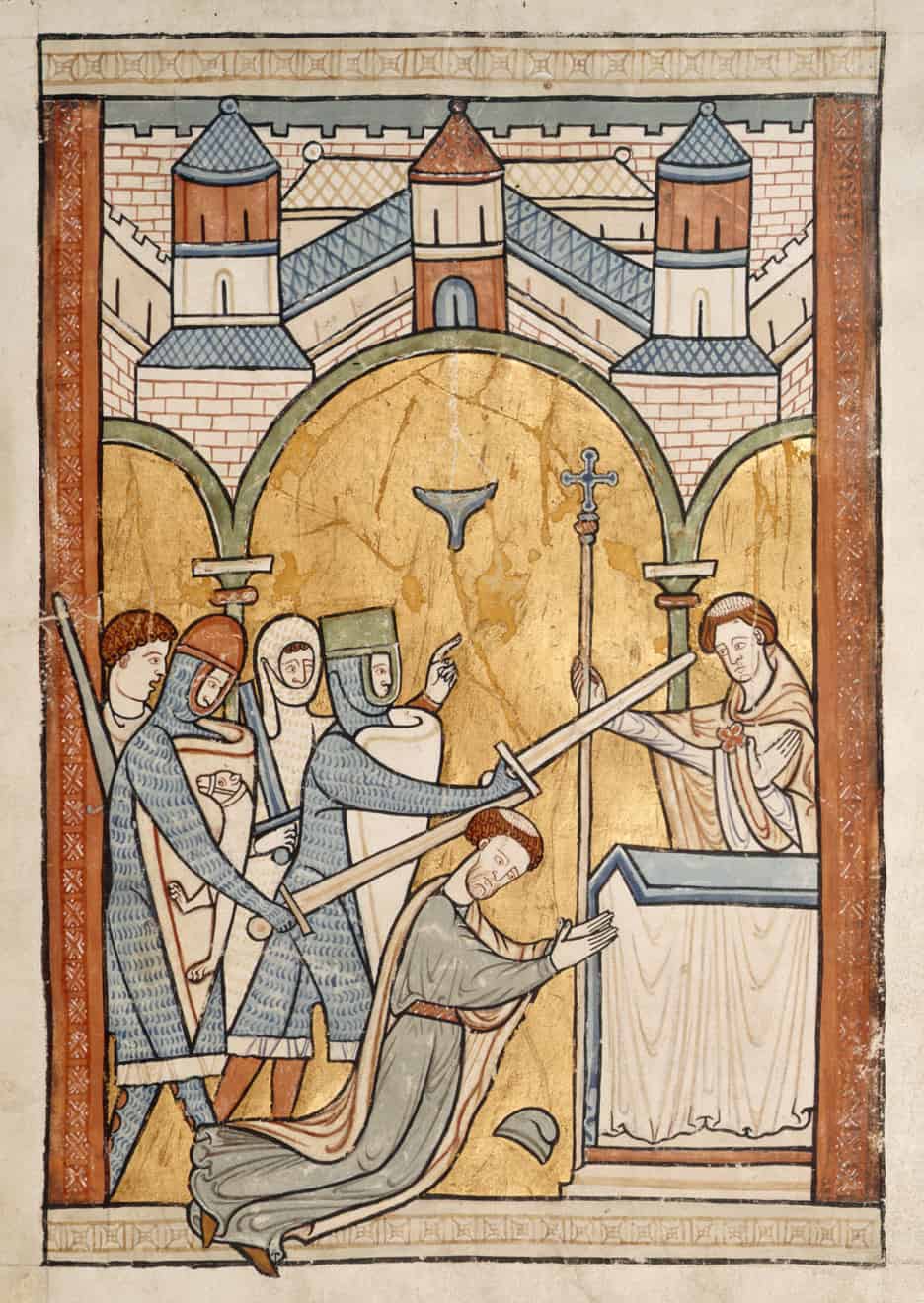 Becket was revered by the faithful throughout Europe, who considered him a martyr. Just three years later, in 1173, he was canonised by Alexander III. On July 12, 1174, Henry II had to carry out public penance before the tomb of his enemy, which became one of the most popular places of pilgrimage in England, until it was destroyed during the dissolution of the monasteries between 1538-1541. In 1220, Becket’s remains were moved from his first tomb, where they had been buried by his successor, Richard of Dover, to a reliquary in the recently completed Trinity Chapel. Today, the archbishops celebrate the Eucharist in this place to commemorate Becket’s martyrdom.

In 1170, Alfonso VIII, king of Castile, married Eleanor, daughter of Henry II of England, and gave to his wife, among other cities and castles that he owned, the city of Soria. Eleanor of England wanted to honour her father’s old friend by commemorating in the church of San Nicolás de Soria Becket’s murder carried out in the atrium of Canterbury Cathedral. Therefore, on the walls of one of the chapels of this church, now in ruins, the representation of the death of Thomas Becket was depicted.

Another chapel dedicated to Becket is located in Tarrasa (Barcelona), in the church of Santa María, which presents a magnificent fresco made around 1180.

The parochial church of Vegas de Matute, in Segovia, is also dedicated to Becket, who is the patron of the town.

Local legends related to Becket emerged in England after his canonisation. For example, some stories concerning Becket reveal his harsh character.

Becket’s well in Otford (Kent), is said to have been created after the archbishop showed distaste for the taste of the city’s water. It is also said that two springs of crystalline waters emerged when he hit the ground with his staff. The supposed absence of nightingales in Otford was also attributed to Becket who, when disturbed in his prayers by the sound of a nightingale, ordered them to never again make any noise in the city.

According to another legend, the inhabitants of the city of Strood, (also a part of Kent at that time) and their descendants were born with a tail. In fact, according to this legend, the men of the city had supported the king in his struggles against the archbishop and, in order to demonstrate Henry II their loyalty and support, they cut the tail of Becket’s horse as it passed through the city.

The Canterbury Tales, by Geoffrey Chaucer, begin with a group of pilgrims who were on their way to see the reliquary of the saint in Canterbury Cathedral.

Modern literary works based on the story of Thomas Becket include T.S. Eliot’s Murder in the Cathedral and Jean Anouilh’s Becket, or the honour of God. This book was made into a movie entitled Becket (1964), directed by Peter Glenville, with Richard Burton and Peter O’Toole in the leading roles.

In the XIX century, Conrad Ferdinand Meyer wrote the novel Der Heilige (The Saint) based on the life of Thomas Becket. In the XX century, the novel The Pillars of the Earth, by Ken Follett, is a fictional account of the struggles of the Church and the aristocracy that culminates in Becket’s martyrdom.