Do you want to save dozens of hours in time? Get your evenings and weekends back? Be able to teach about the Roman Empire to your students? 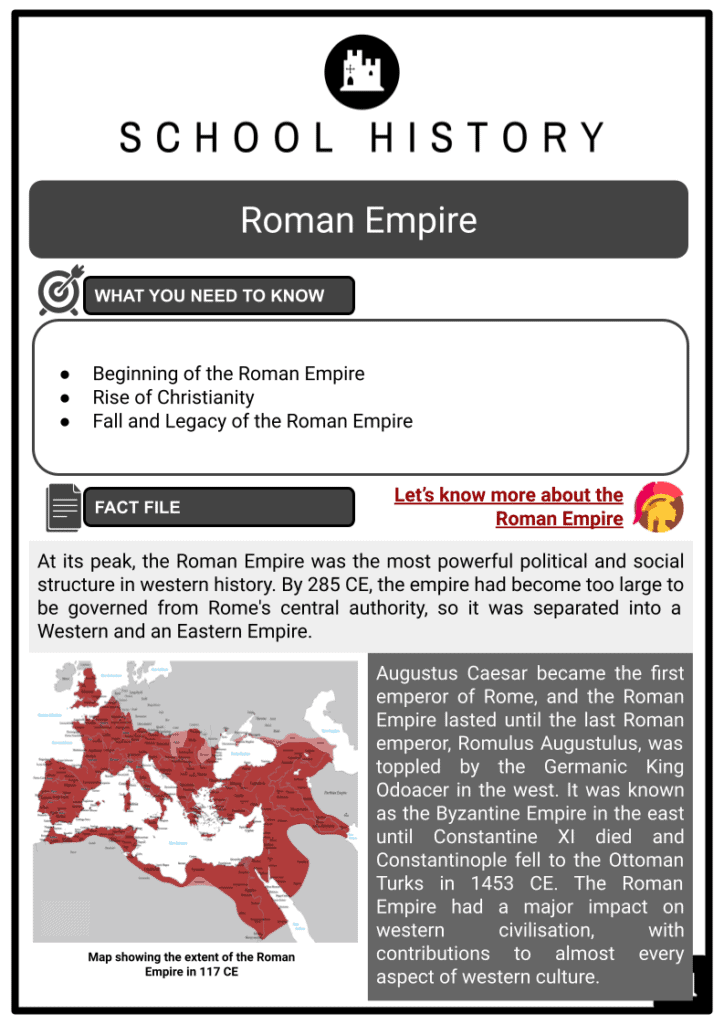 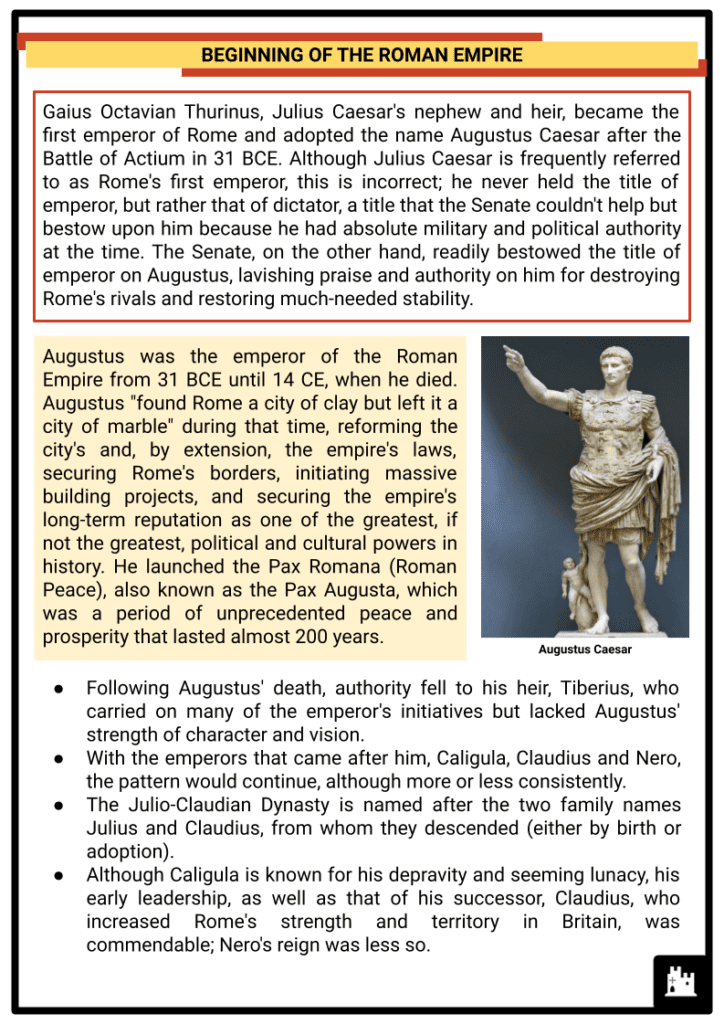 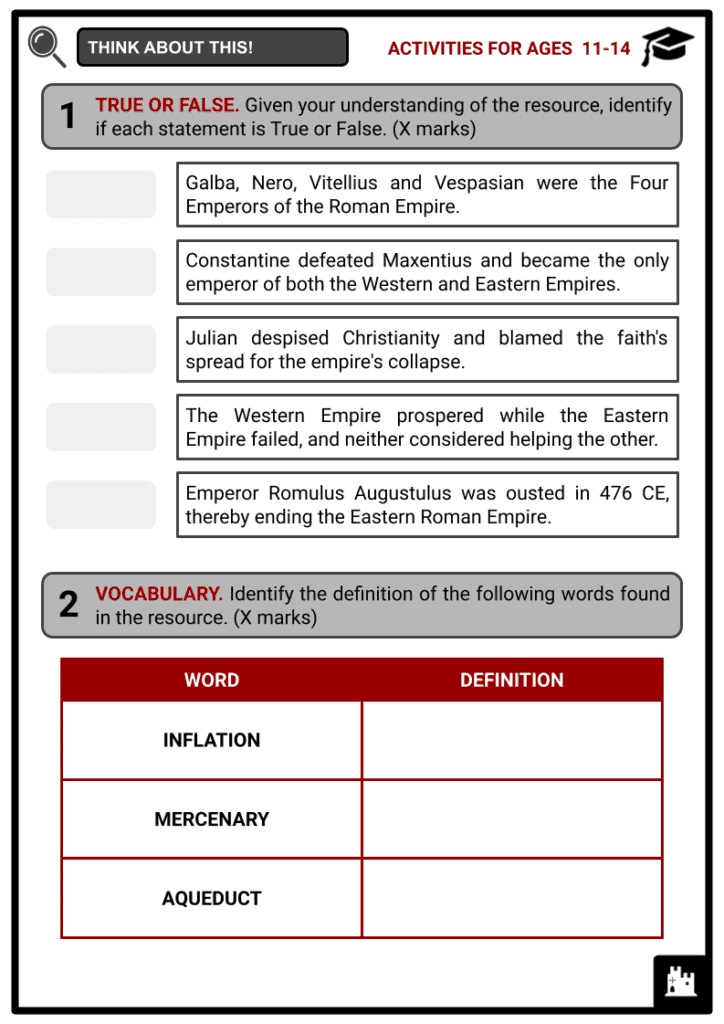 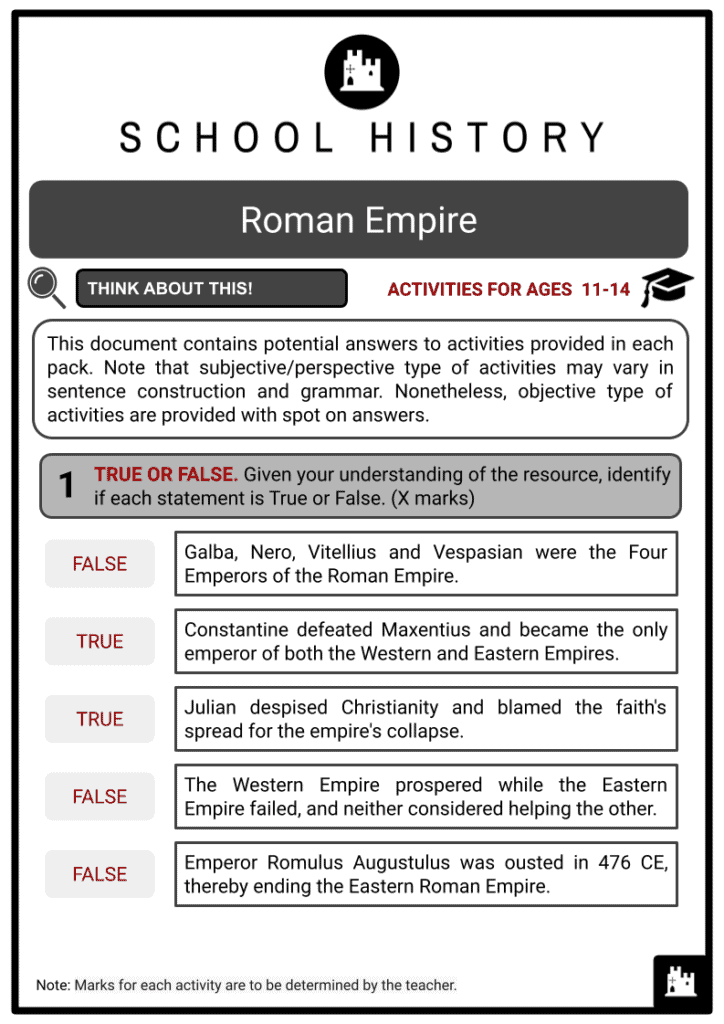 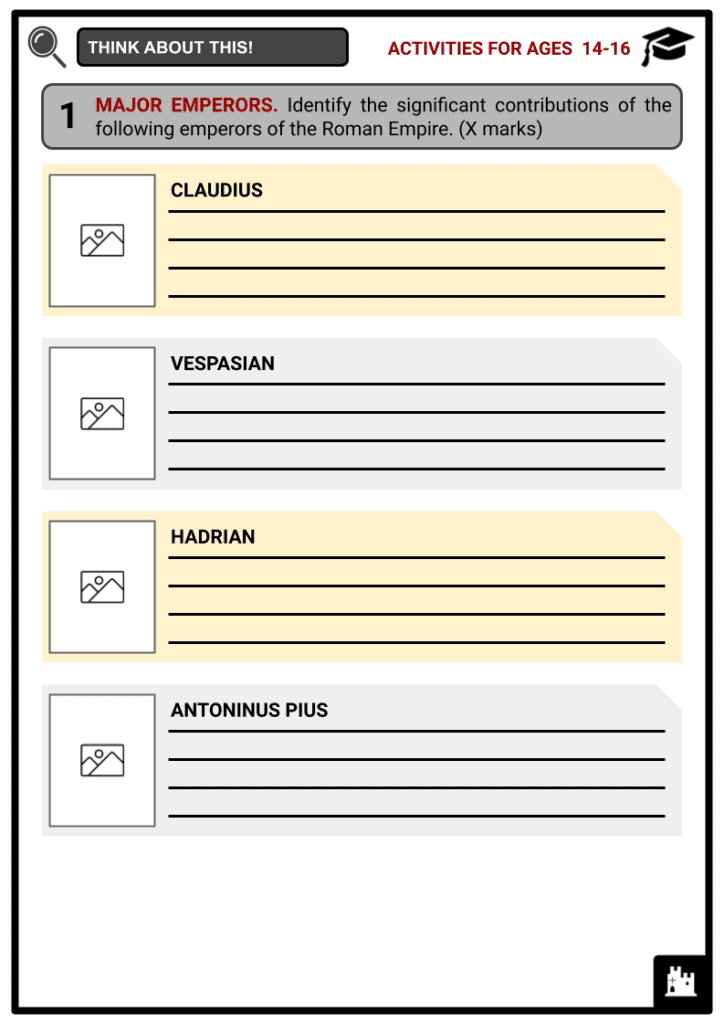 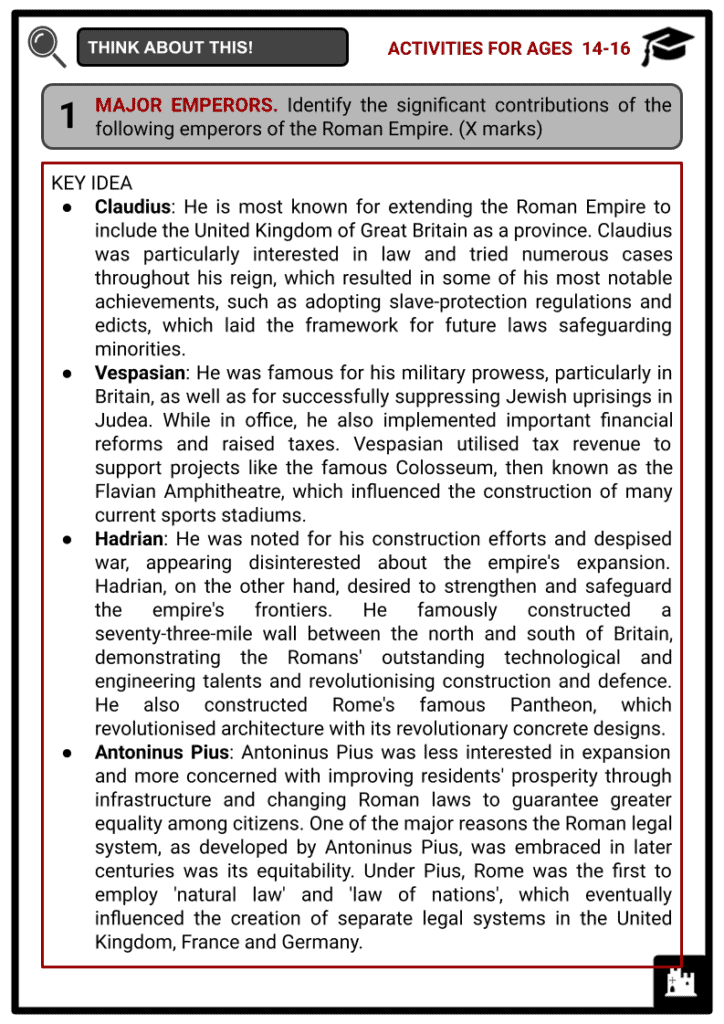 Let’s find out more about the Roman Empire!

At its peak, the Roman Empire was the most powerful political and social structure in western history. By 285 CE, the empire had become too large to be governed from Rome's central authority, so it was separated into a Western and an Eastern Empire.

Augustus Caesar became the first emperor of Rome, and the Roman Empire lasted until the last Roman emperor, Romulus Augustulus, was toppled by the Germanic King Odoacer in the west. It was known as the Byzantine Empire in the east until Constantine XI died and Constantinople fell to the Ottoman Turks in 1453 CE. The Roman Empire had a major impact on western civilisation, with contributions to almost every aspect of western culture.

BEGINNING OF THE ROMAN EMPIRE

His three sons, Constantine II, Constantius II and Constans, split the Roman Empire among themselves, but soon quarrelled over who deserved more. Constantine II and Constans were slain in these battles. Later, after choosing his cousin Julian as his successor and heir, Constantius II died. Emperor Julian reigned for barely two years from 361 to 363 CE, during which time he attempted to restore Rome to its former splendour by instituting a number of reforms aimed at improving administrative efficiency.

FALL AND LEGACY OF THE ROMAN EMPIRE