Acts of Union Over The Years 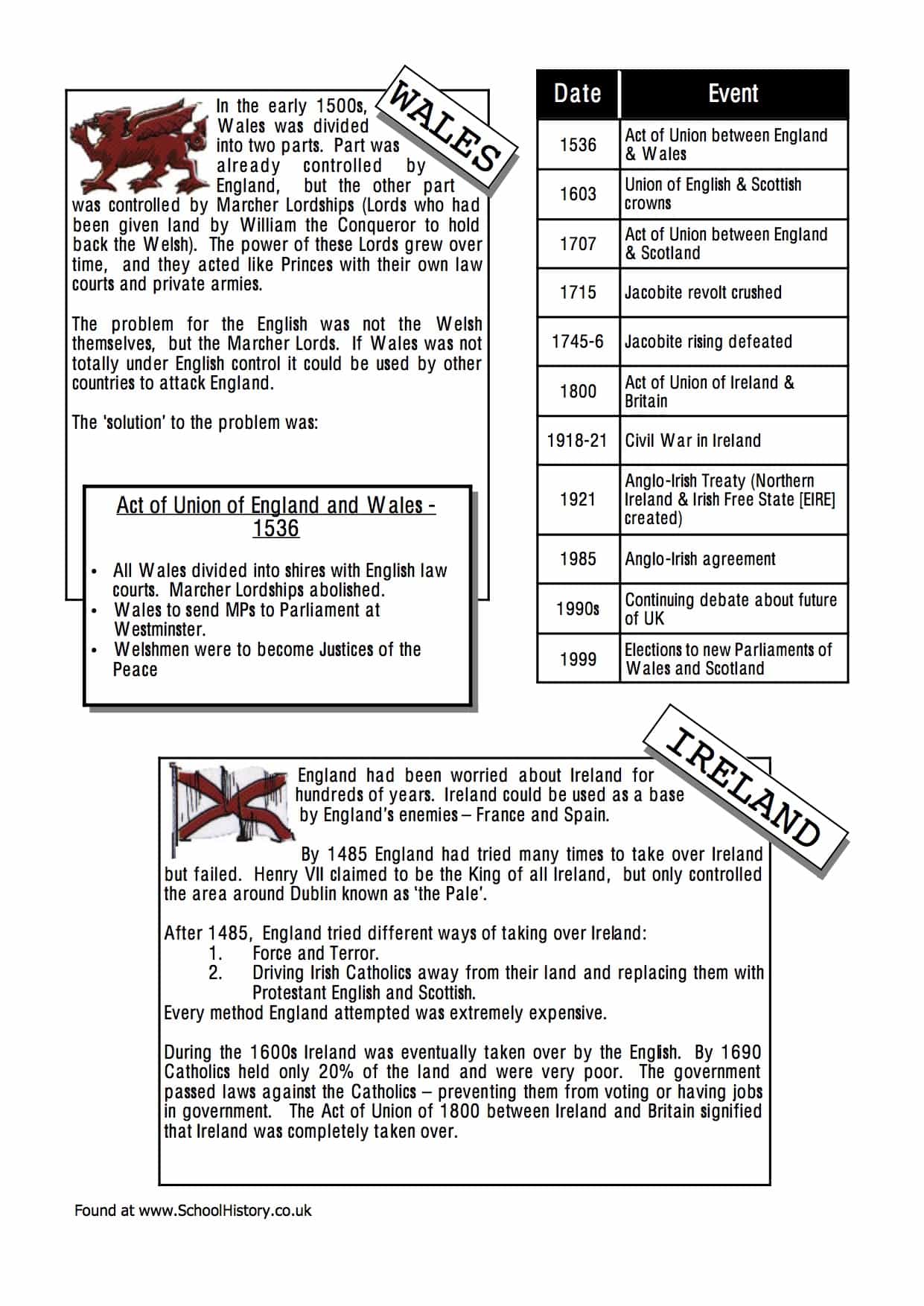 In the early 1500s, Wales was divided into two parts. Part was already controlled by England, but the other part was controlled by Marcher Lordships (Lords who had been given land by William the Conqueror to hold back the Welsh). The power of these Lords grew over time, and they acted like Princes with their own law courts and private armies. The problem for the English was not the Welsh themselves, but the Marcher Lords. If Wales was not totally under English control it could be used by other countries to attack England. The ‘solution’ to the problem was:

Act of Union of England and Wales – 1536
• All Wales divided into shires with English law courts. Marcher Lordships abolished.
• Wales to send MPs to Parliament at Westminster.
• Welshmen were to become Justices of the Peace