Do you want to save dozens of hours in time? Get your evenings and weekends back? Be able to teach about the Bishops' Wars to your students? 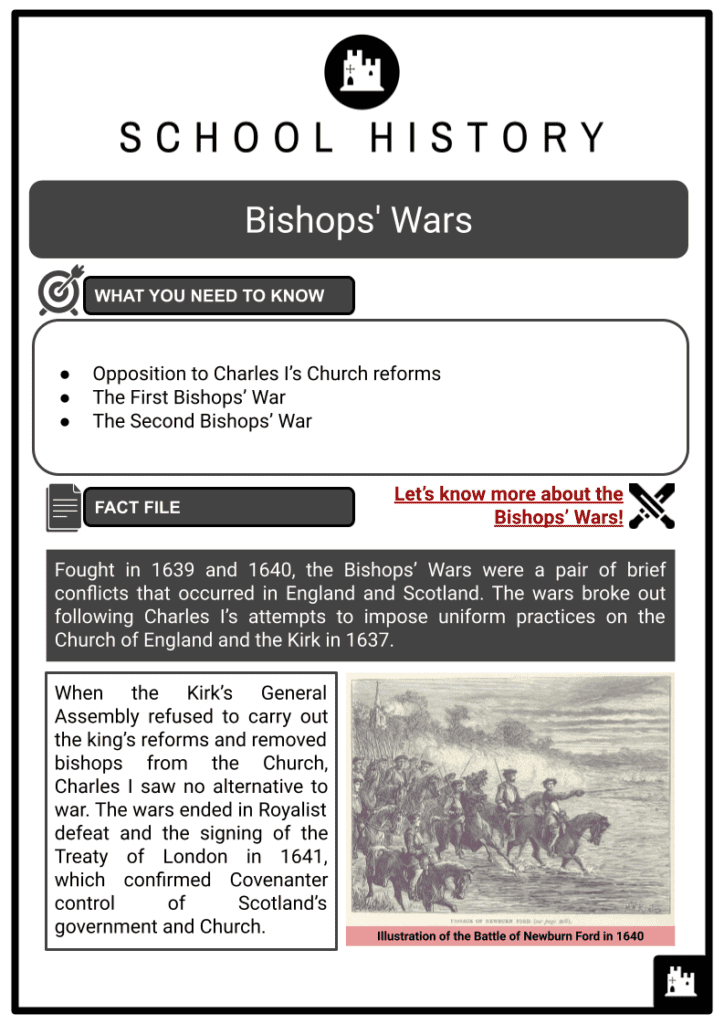 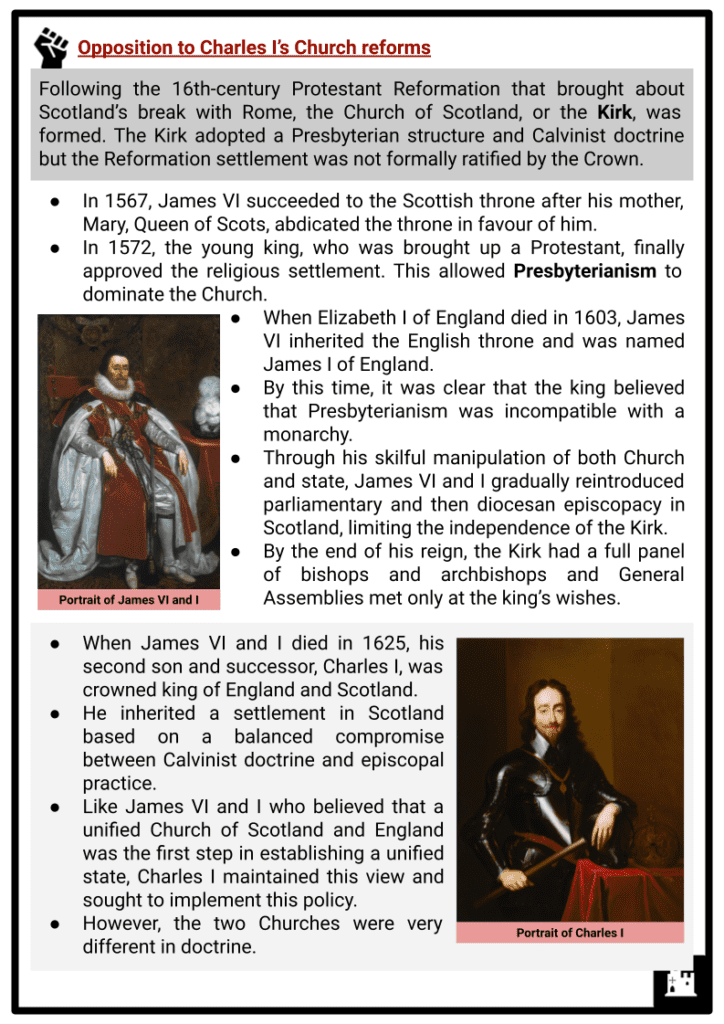 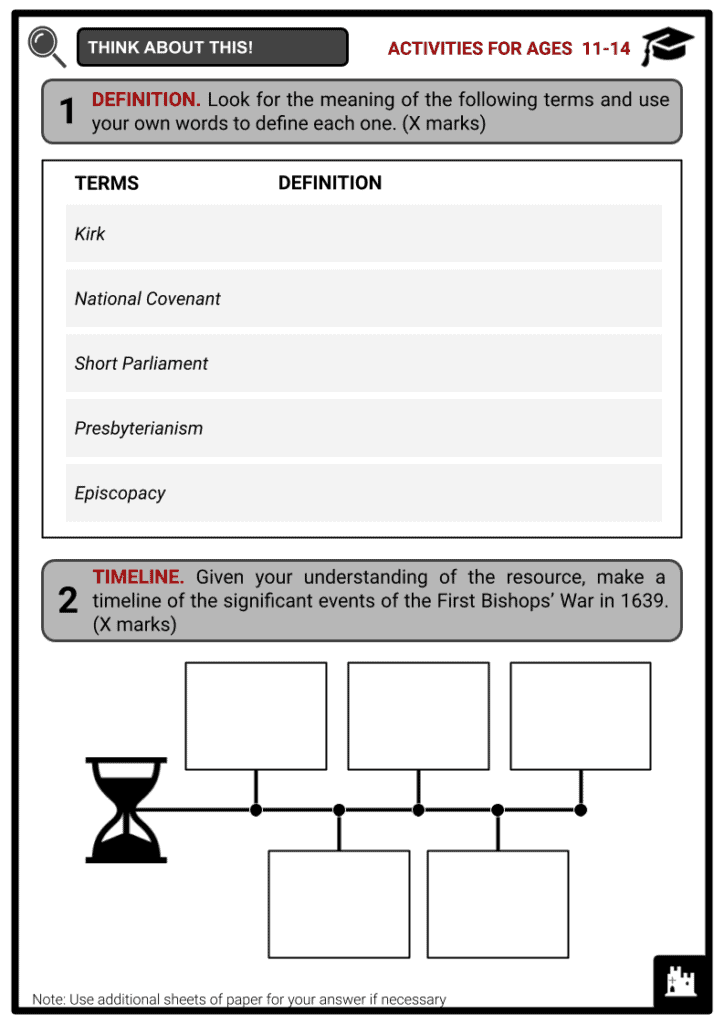 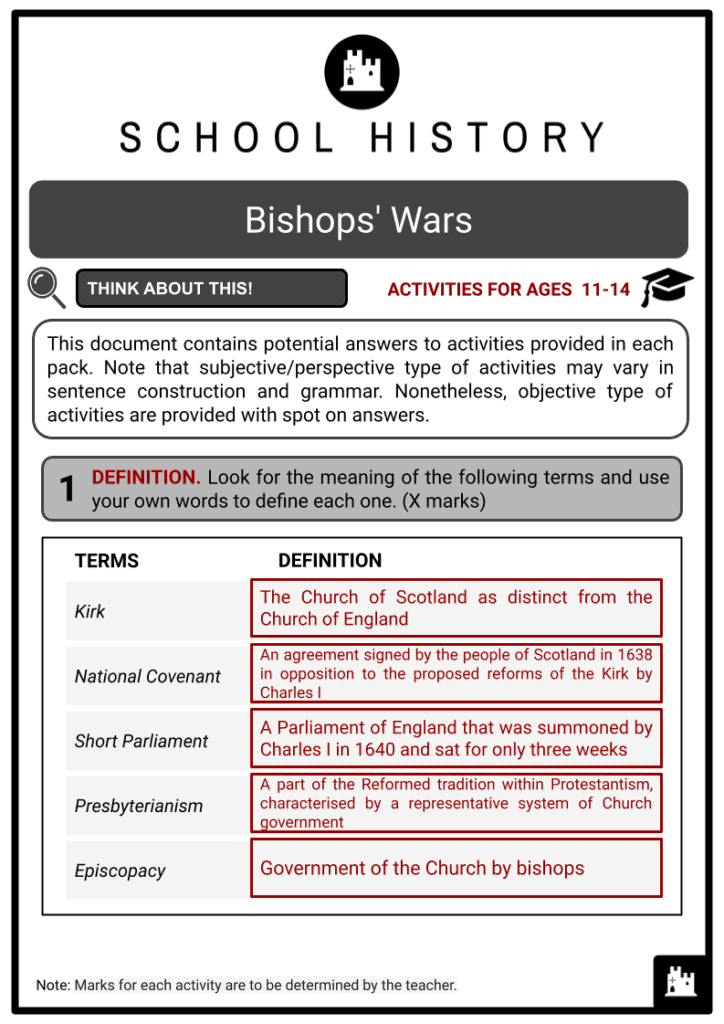 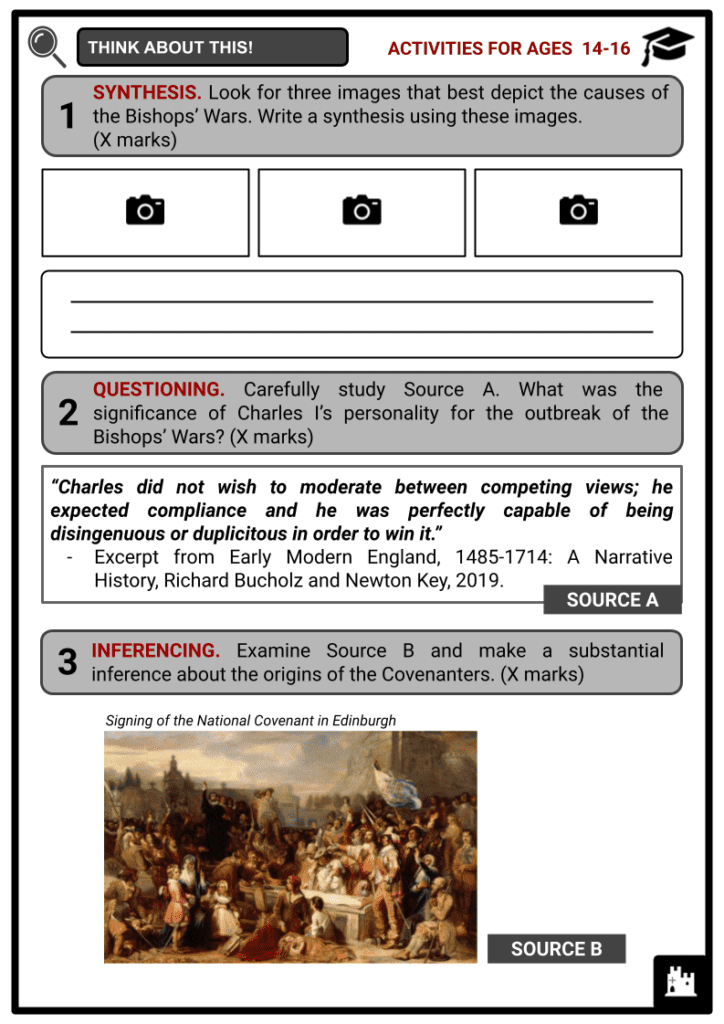 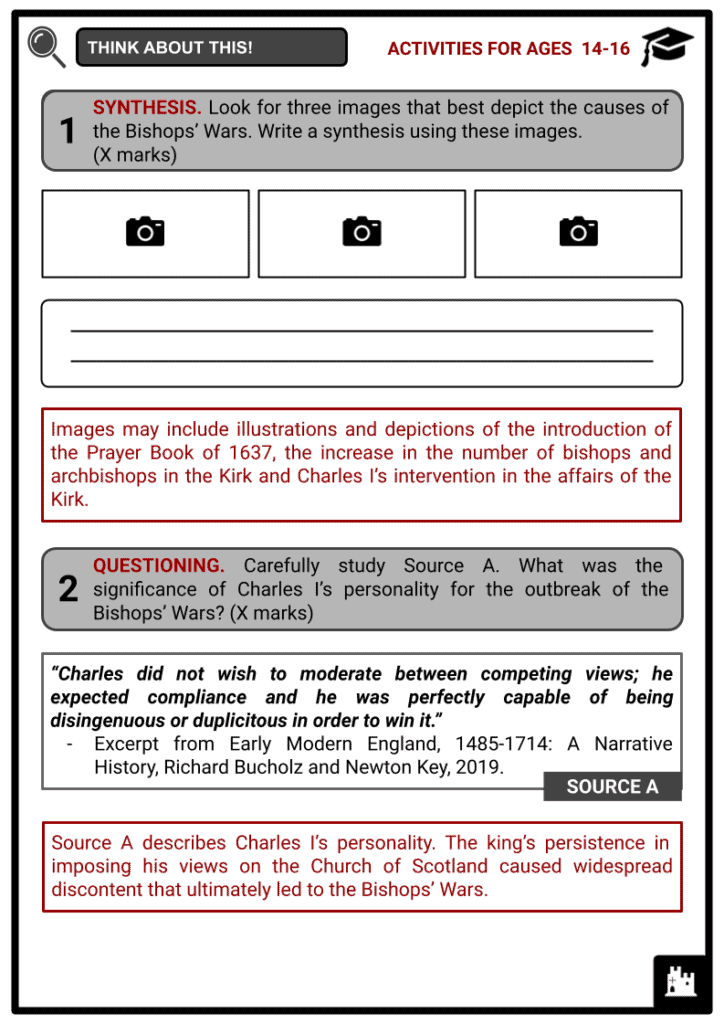 Fought in 1639 and 1640, the Bishops’ Wars were a pair of brief conflicts that occurred in England and Scotland. The wars broke out following Charles I’s attempts to impose uniform practices on the Church of England and the Kirk in 1637.

When the Kirk’s General Assembly refused to carry out the king’s reforms and removed bishops from the Church, Charles I saw no alternative to war. The wars ended in Royalist defeat and the signing of the Treaty of London in 1641, which confirmed Covenanter control of Scotland’s government and Church.