Do you want to save dozens of hours in time? Get your evenings and weekends back? Be able to teach about Queen Anne to your students? 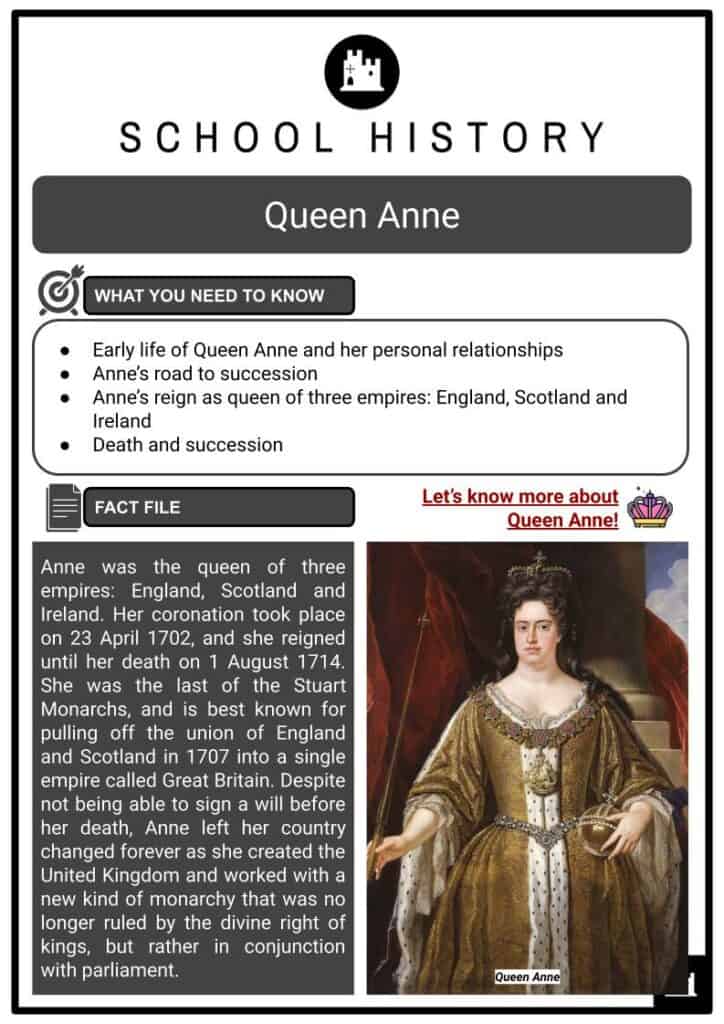 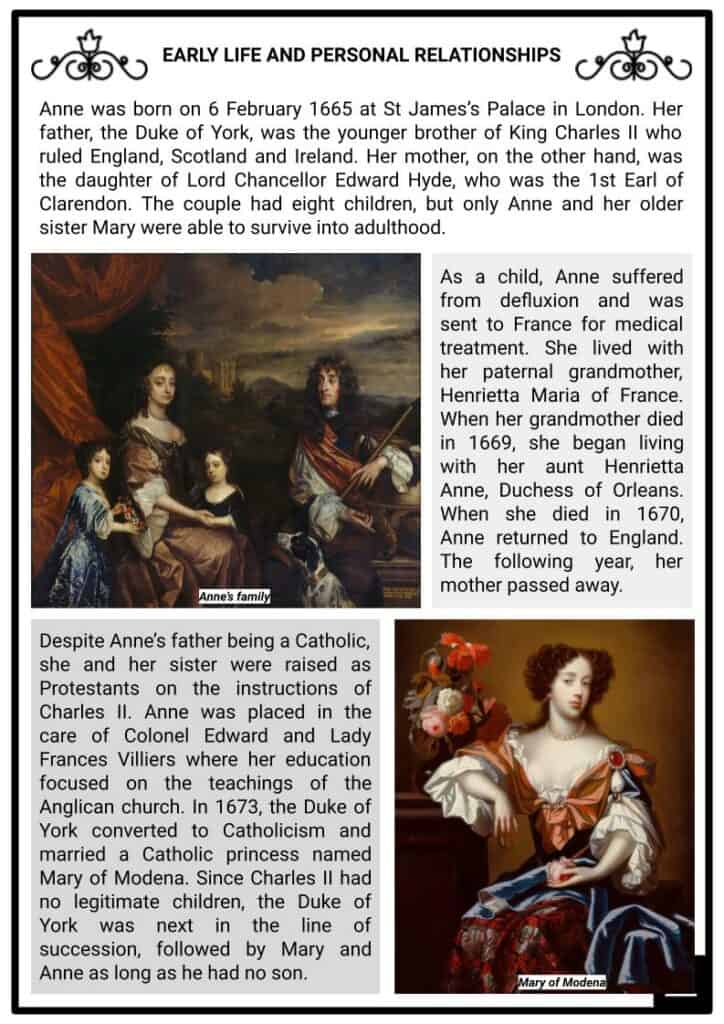 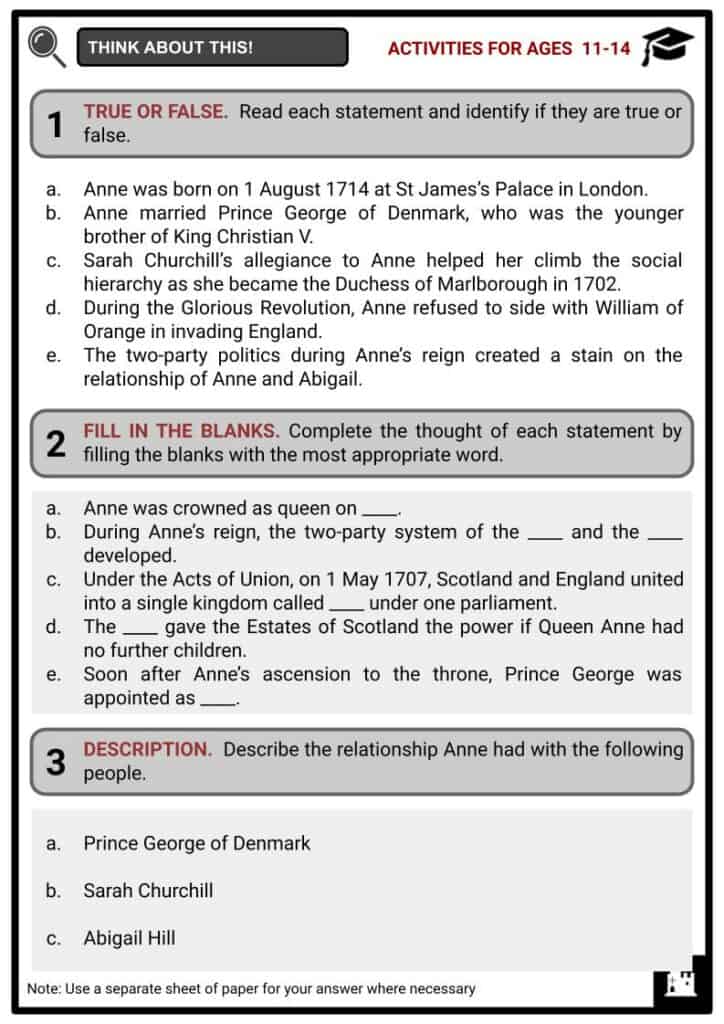 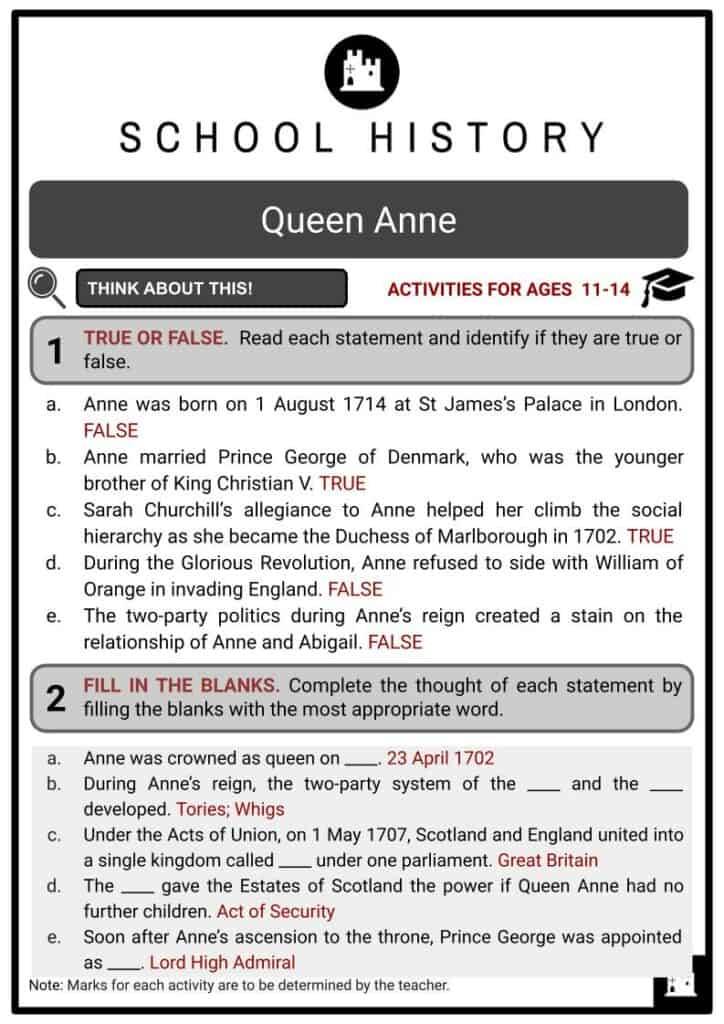 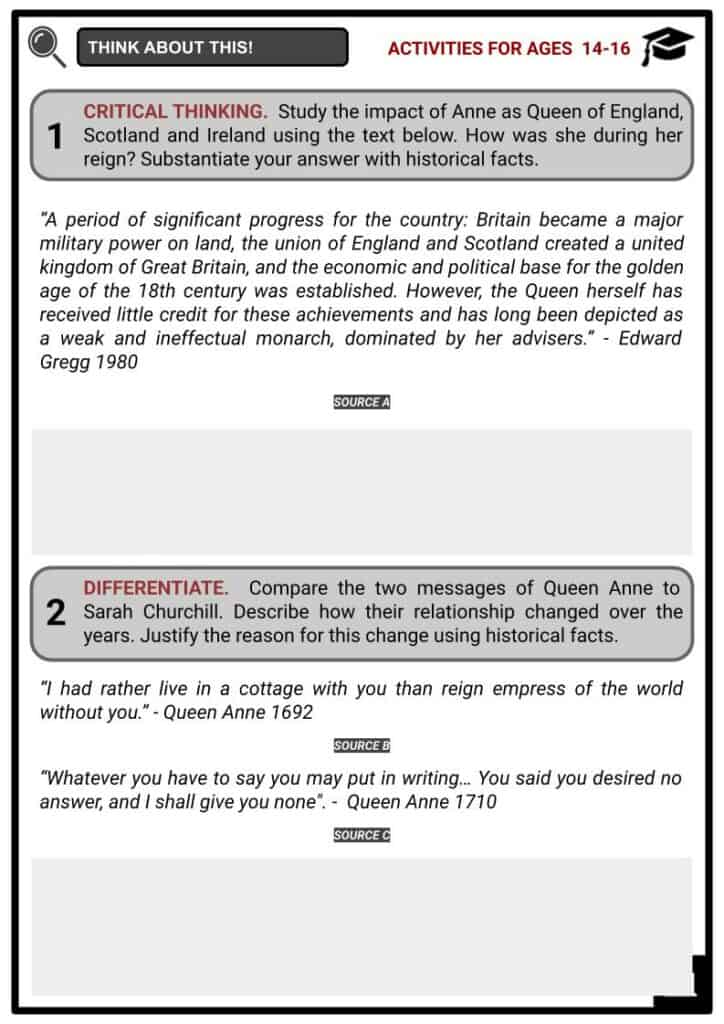 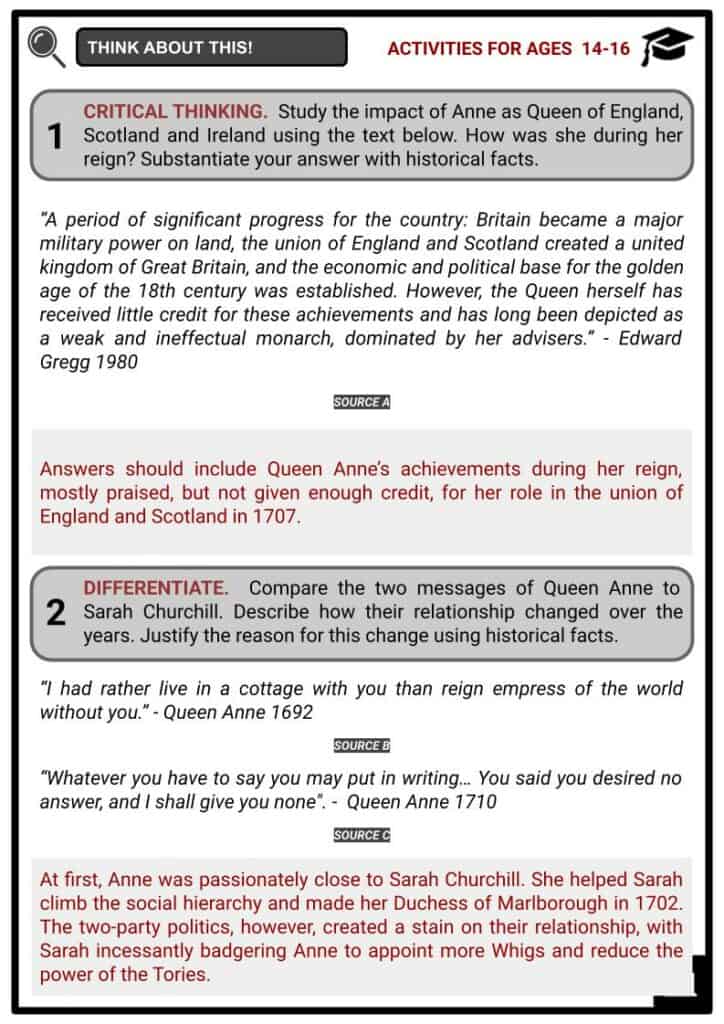 Anne was the queen of three empires: England, Scotland and Ireland. Her coronation took place on 23 April 1702, and she reigned until her death on 1 August 1714. She was the last of the Stuart Monarchs, and is best known for pulling off the union of England and Scotland in 1707 into a single empire called Great Britain. Despite not being able to sign a will before her death, Anne left her country changed forever as she created the United Kingdom and worked with a new kind of monarchy that was no longer ruled by the divine right of kings, but rather in conjunction with parliament.

When the time came that Anne needed to be wed, King Charles looked for an eligible prince who would be welcomed by his Protestant subjects and accepted by his Catholic ally, Louis XIV of France. A marriage treaty then came between Anne and Prince George of Denmark, who was the younger brother of King Christian V.