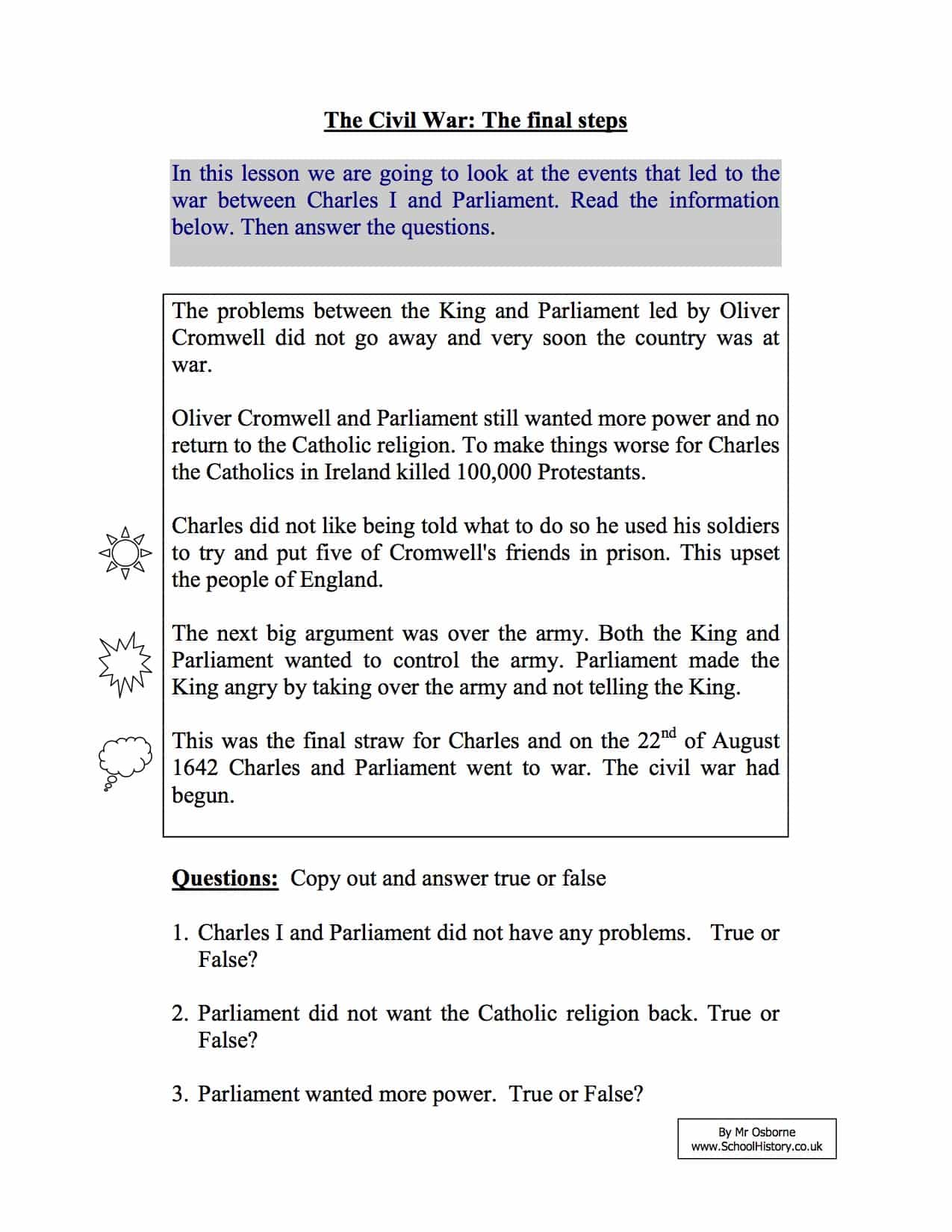 The problems between the King and Parliament led by Oliver Cromwell did not go away and very soon the country was at war.

Oliver Cromwell and Parliament still wanted more power and no return to the Catholic religion. To make things worse for Charles the Catholics in Ireland killed 100,000 Protestants.

Charles did not like being told what to do so he used his soldiers to try and put five of Cromwell’s friends in prison. This upset the people of England.
The next big argument was over the army. Both the King and Parliament wanted to control the army. Parliament made the King angry by taking over the army and not telling the King.

This was the final straw for Charles and on the 22nd of August 1642 Charles and Parliament went to war. The civil war had begun.