Do you want to save dozens of hours in time? Get your evenings and weekends back? Be able to teach about The Long Parliament to your students? 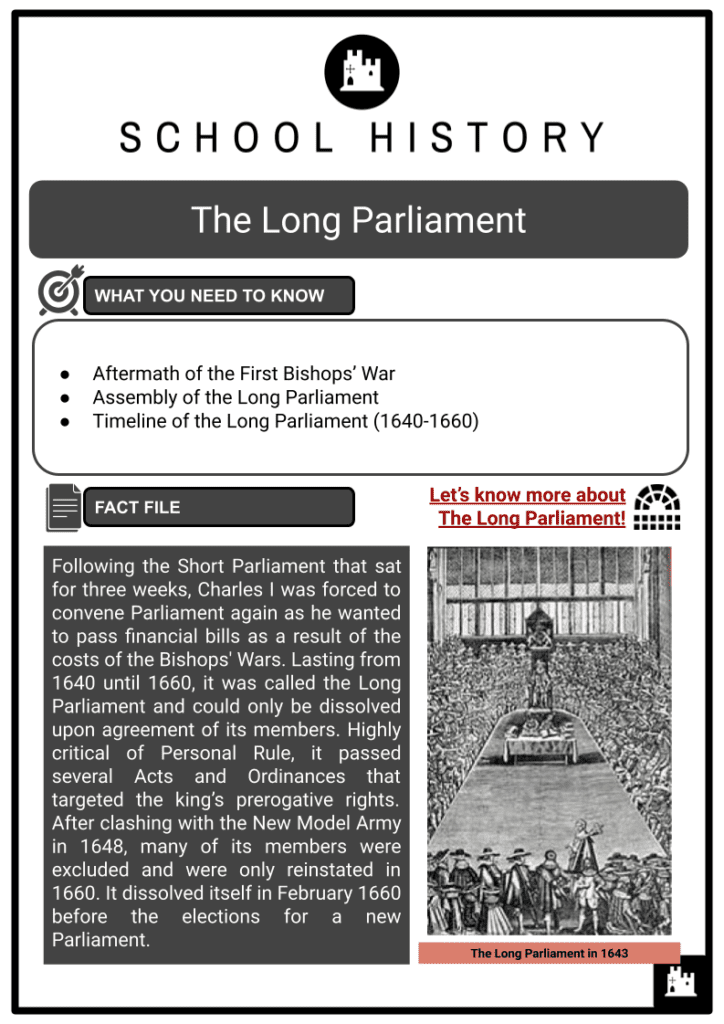 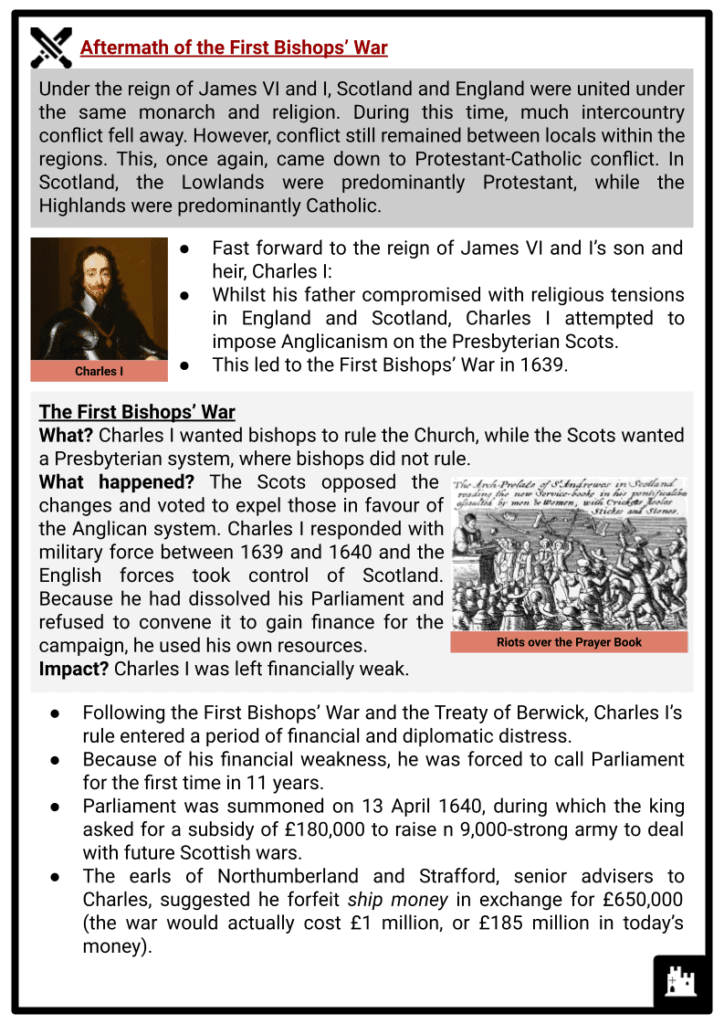 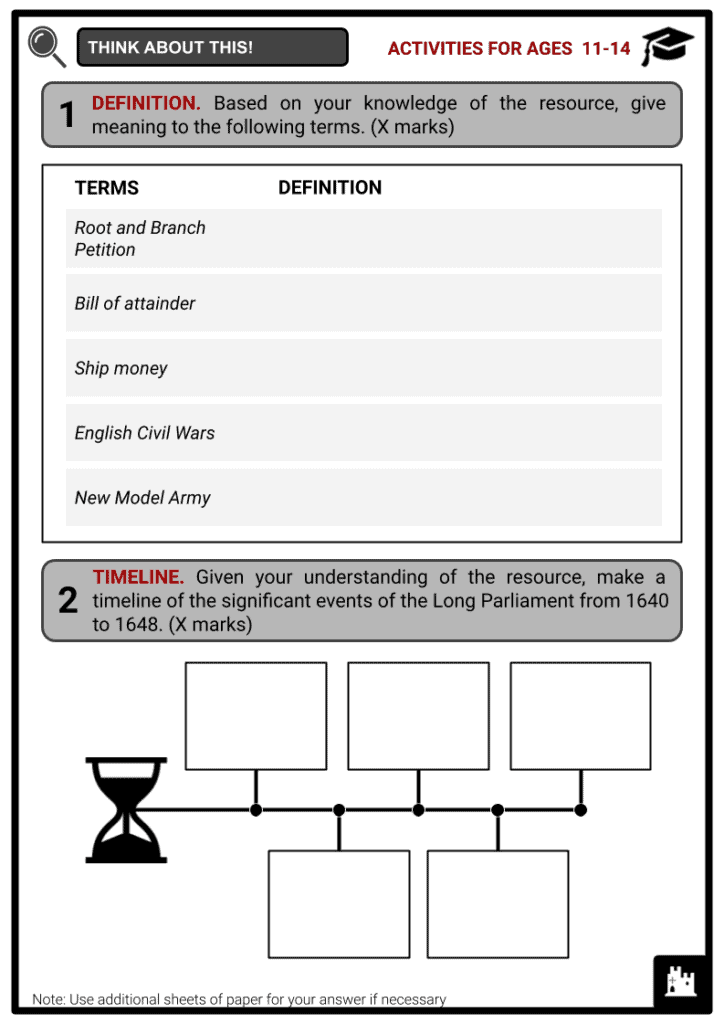 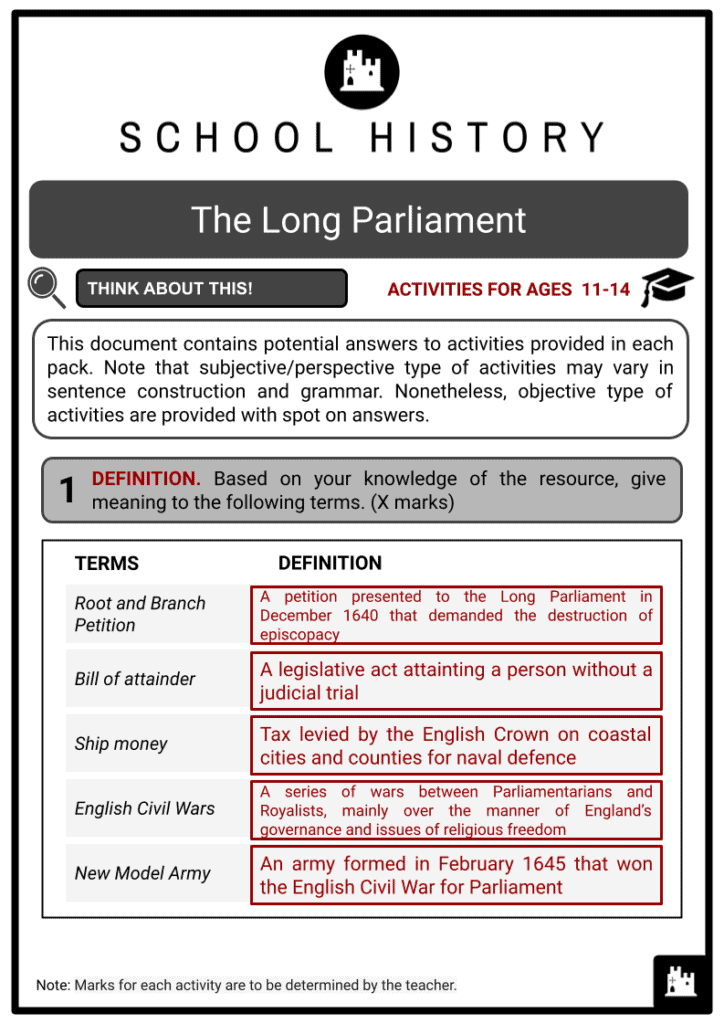 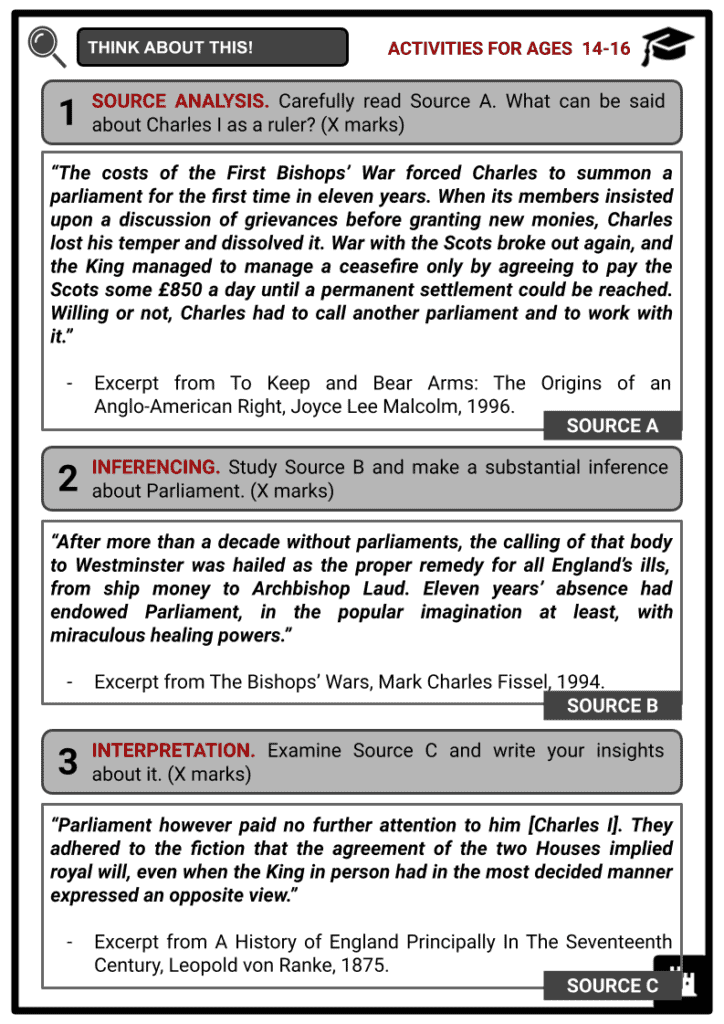 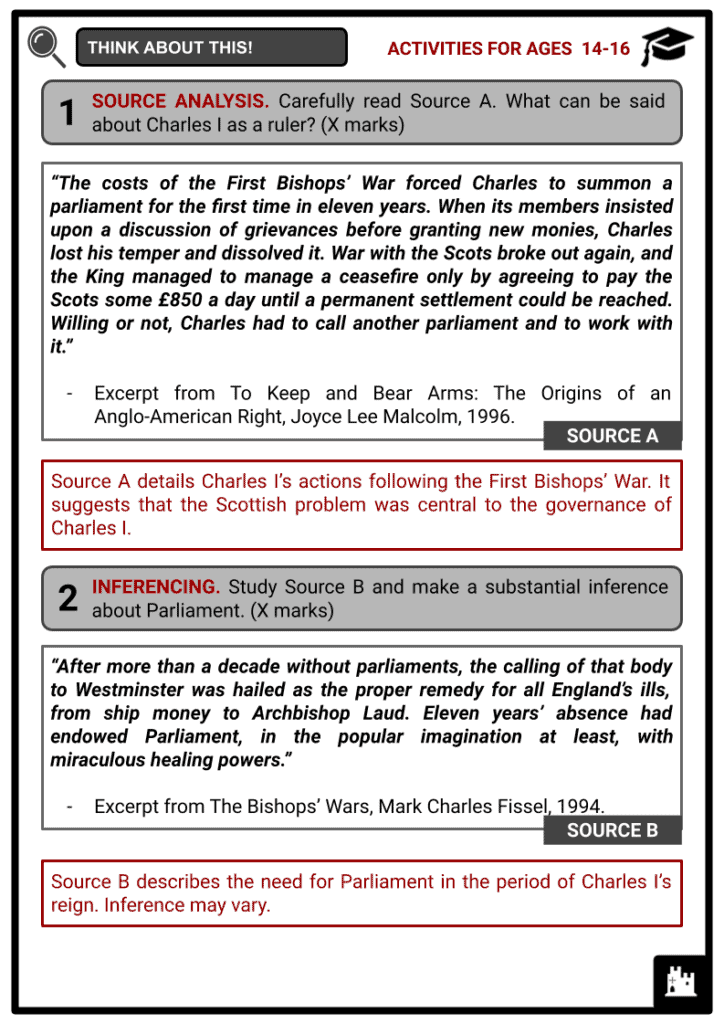 Following the short Parliament that sat for three weeks, Charles I was forced to convene Parliament again as he wanted to pass financial bills as a result of the costs of the Bishops' Wars. Lasting from 1640 until 1660, it was called the Long Parliament and could only be dissolved upon agreement of its members. Highly critical of Personal Rule, it passed several Acts and Ordinances that targeted the king’s prerogative rights. After clashing with the New Model Army in 1648, many of its members were excluded and were only reinstated in 1660. It dissolved itself in February 1660 before the elections for a new Parliament.

Aftermath of the First Bishops’ War

Assembly of the Long Parliament

Between 1640 and 1641, the Long Parliament tore down the structure of Personal Rule and Charles I had to assent reluctantly to the weakening of his royal power.