Do you want to save dozens of hours in time? Get your evenings and weekends back? Be fully prepared to teach any Eduqas GCSE topic 1E?

Every Eduqas topic 1E is covered, and each module comes complete with:

This module is from the Medieval era.

1. The power of the papacy

What was the extent and power of the early medieval papacy?
Required content: Reform of the papacy; influence of Cluny; importance of pilgrimages; the Investiture Contest – papacy against kingship

2. Birth of the Crusades

What factors led to the birth of the Crusading movement?
Required content: The rise of the Seljuk Turks; role of Urban II; the Council of Clermont; Papal Indulgences; the rise of a militant Christianity; Holy Places; individual motives

What factors contributed to the success of the First Crusade?
Required content: Leadership and the role of Byzantium; aims and early battles; the siege of Antioch; capture of Jerusalem; results

What was life like for the Crusaders living in Outremer?
Required content: Establishment of the Crusader kingdoms – Edessa, Antioch, Tripoli, Jerusalem; difficulties encountered; integration with Muslims and Jews

6. Importance of the Crusades

Why were the Crusades important during this period?
Required content: The Crusading Orders; the development of castle technology; importance of the First and Second Crusades; interpretations of the Crusading movement

7. Social and cultural effects of the Crusades

How did the Crusades affect European life during this period?
Required content: Religious intolerance; developments in trade, significance for science and language; political impact upon Europe 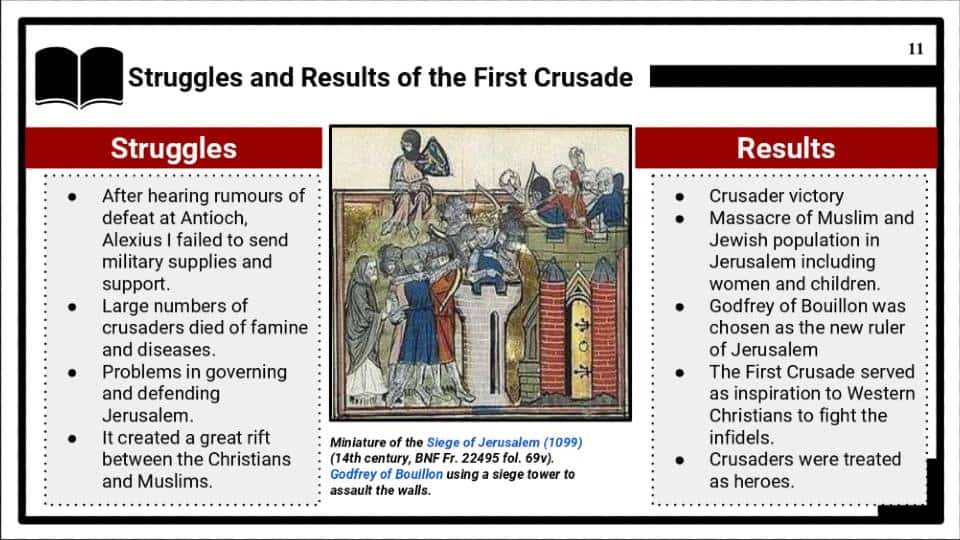 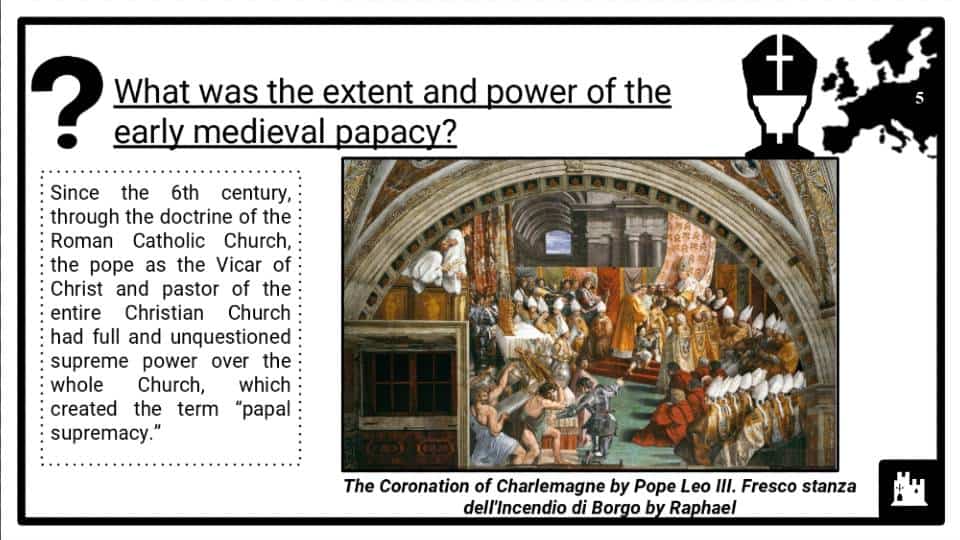 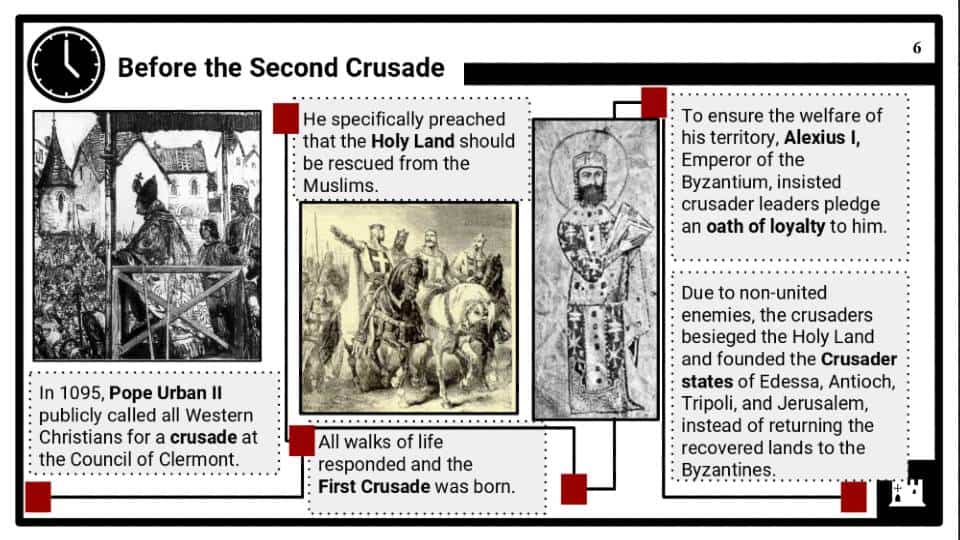 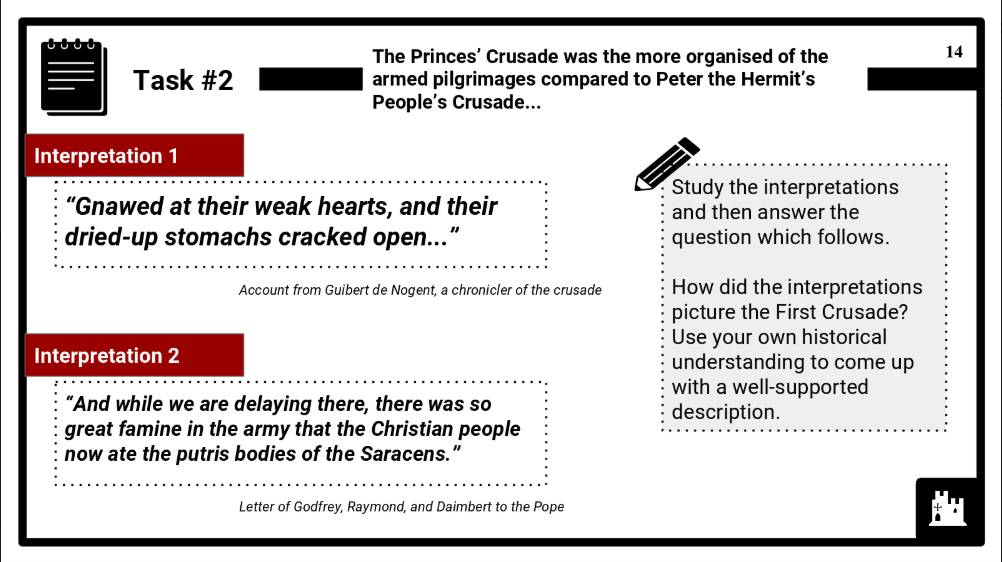