Do you want to save dozens of hours in time? Get your evenings and weekends back? Be fully prepared to teach any Eduqas GCSE topic 2A?

Every Eduqas topic 2A is covered, and each module comes complete with:

Written examinations: 2 hours (comprising two papers of 45 minutes for the Period Study and one hour fifteen minutes for the Thematic Study)
50% of qualification 100 marks (plus 4 marks for spelling, punctuation and grammar and use of specialist terms)
Learners study one Period Study and one Thematic Study, from eight options in total. This component focuses study on substantial and coherent medium and long timescales. Studies in Breadth will provide learners with the opportunity to study history over longer timescales and consequently understand the changing nature of developments and issues associated with particular periods and geographical contexts.

This component encourages learners to develop an understanding of second order historical concepts in particular, including continuity, change, cause, consequence, significance and similarity and difference.

Due to content overlap candidates are not permitted to combine the following options: 1D and 2D; 1G and 2B; and 1H and 2A. See Appendix A from the Eduqas specification for a list of all permitted combinations of options.

How was the U.S. affected by the Great Depression between 1929 and 1945?
Required content: The impact of the Wall St. Crash; Republican attempts to deal with the crisis; life during the Depression; Roosevelt and the New Deal.

The economic impact of WWII and post-war developments

How had the economy of the USA changed by the 1960s?
Required content: Industrial output; post-war affluence; consumerism and suburbanisation; ‘poverty amidst plenty’.

Why was it difficult for African-Americans to gain equal rights between 1941-1970?
Required content: The contribution of Africa-Americans to the war effort; the issue of education – Brown vs Topeka Board of Education; Little Rock High; Montgomery Bus Boycott; the roles of Martin Luther King, Jr. and Malcolm X; Civil Rights legislation.

What were the main political developments in the USA between 1960-2000?
Required content: The domestic policies of Kennedy; Nixon and Watergate; the Reagan Years; changes under Bush Senior and Clinton.

How did American society change between 1950 and 2000?
Required content: Changes in music, entertainment, media and literature; changes in youth culture and student protest; the changing role of women.

Why did relations between the ISA and the USSR deteriorate between 1945 and 1973?
Required content: The Truman Doctrine and containment of Communism; Berlin Crisis 1948-49; Cuban Missile Crisis; U.S. involvement in Vietnam.

The Search for World Peace Since 1970

What has been the USA’s role in the search for peace since 1970?
Required content: Détente and attempts to limit arms; changing relations with China; changing U.S. relations with the USSR; the fall of Communism and the end of the Cold War; U.S. involvement in Iran, Iraq and the Gulf War. 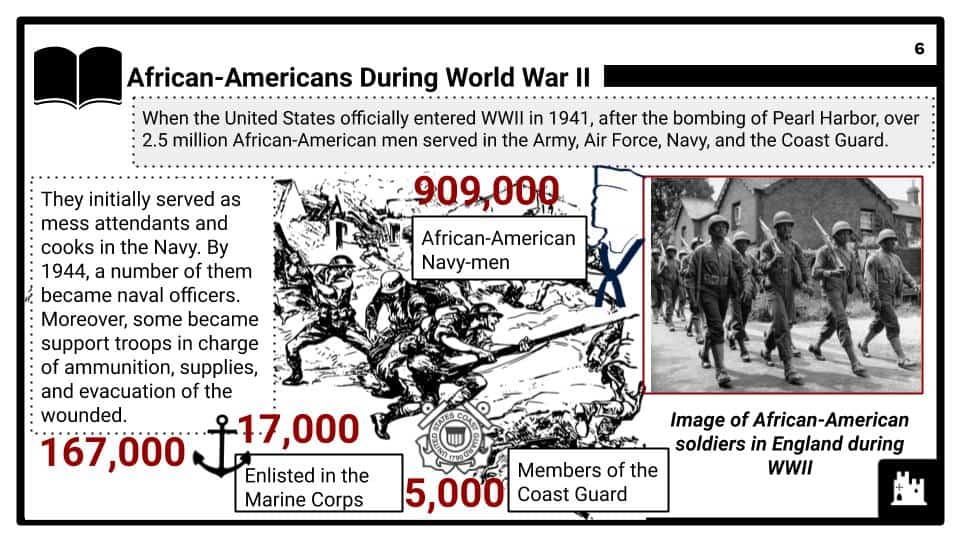 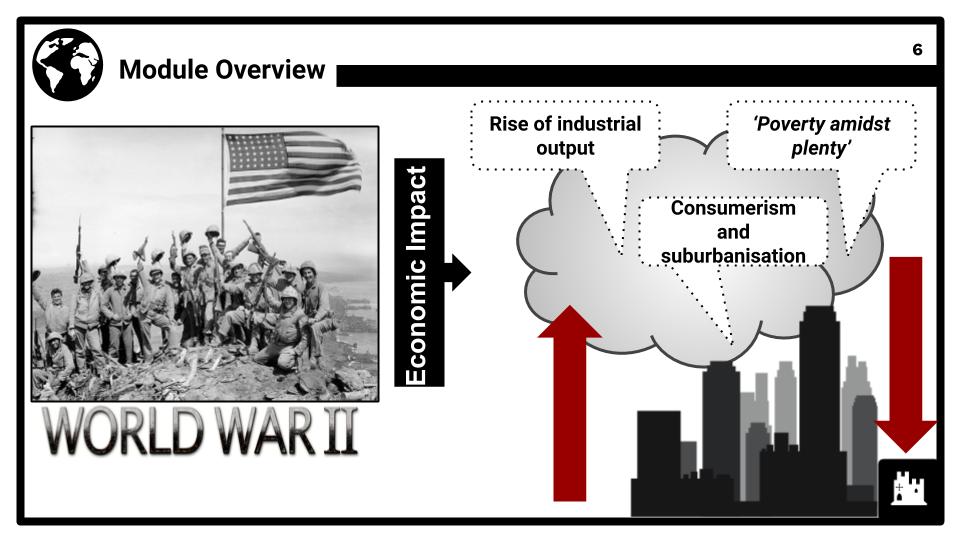 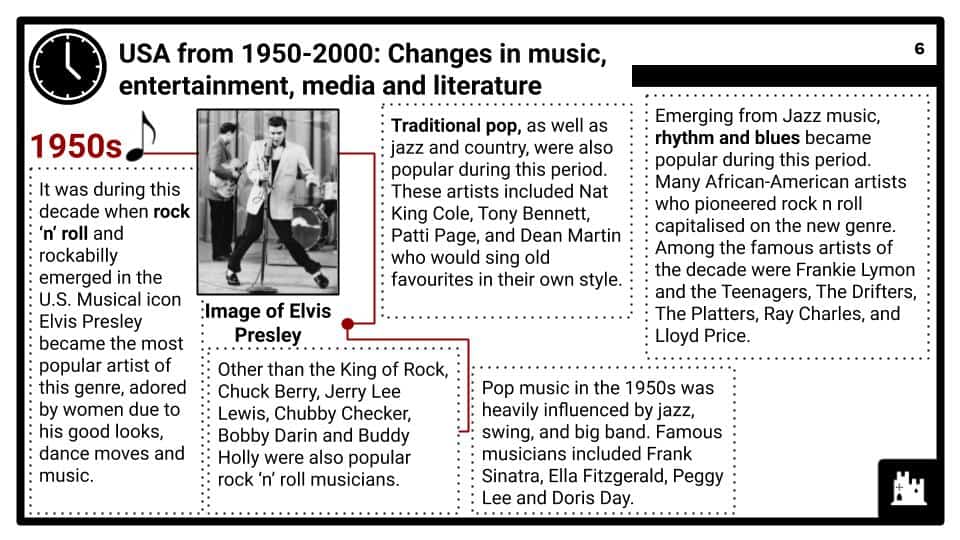 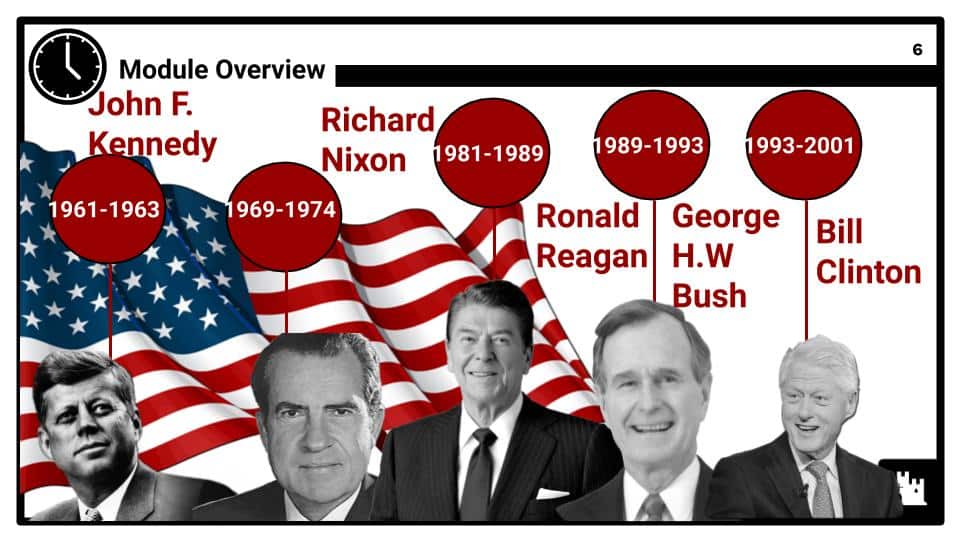 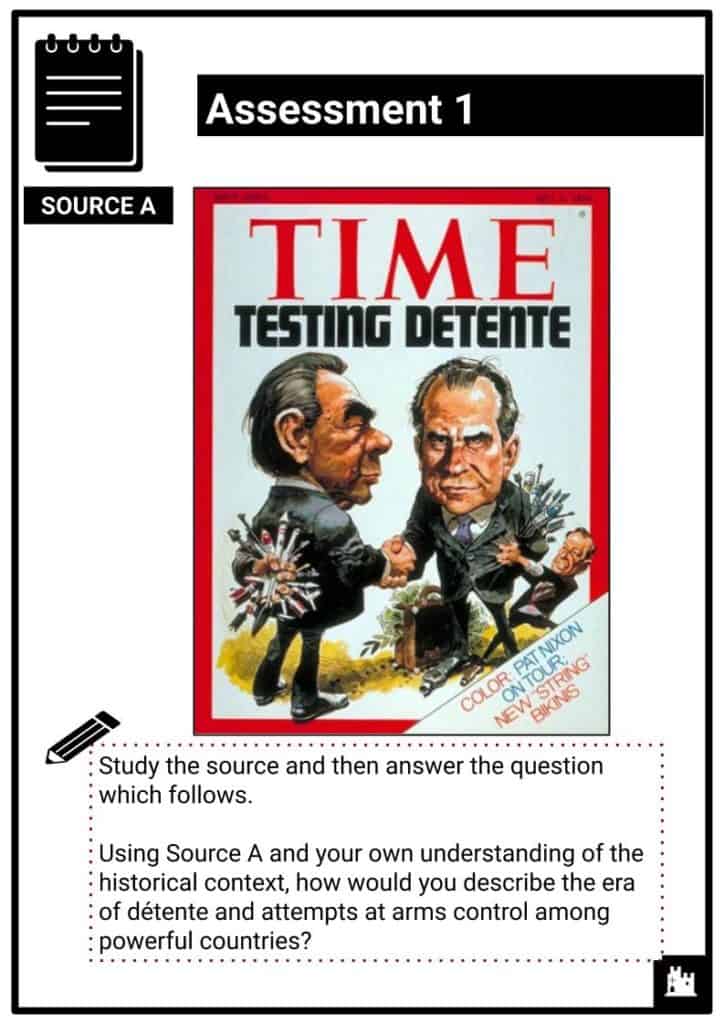 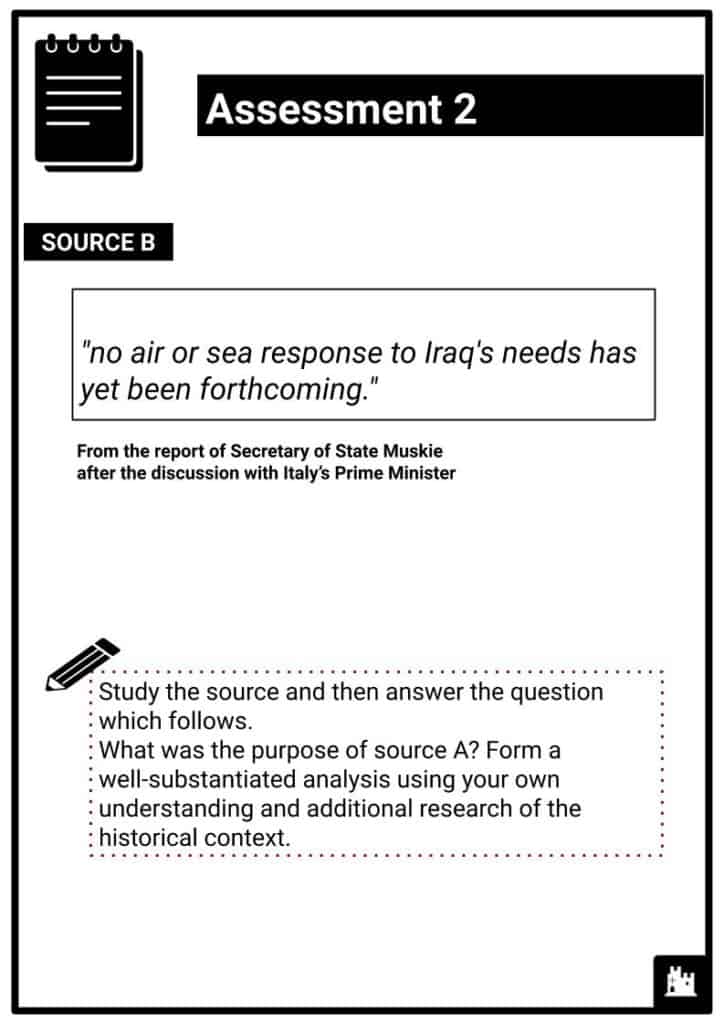