Historical Perspective and Interpretation materials. Teach your student(s) to analyse how historical perspectives and interpretations of an event may vary. Suitable for any budding historian. Download today and use in the classroom or homeschool environment.

This resource covers the key skill of historical PERSPECTIVE AND INTERPRETATION as used in several topics, including

One of the most vital parts of historical inquiry is the concept of perspective. Perspective is a point of view or a position from which people understand an event. Due to different personal backgrounds, people will have varying points of view. Like anyone else, historians do have different perspectives which may affect the way they interpret or write about events.

Using historical perspective as a skill means comprehension of the cultural, social, intellectual and emotional settings that influenced people’s actions in the past. I.e. Hitler’s background and events which led to his dictatorship and later the Second World War.

Despite varying backgrounds and possible subjectivity of this skill, historians should have a deep comprehension of people’s lives in the past and the vast difference with the present. Establishing the historical context of the event or issue is vital before engaging in perspective. I.e. when studying the dissolution of monasteries, Henry VIII’s religious and political policies should be discussed first. 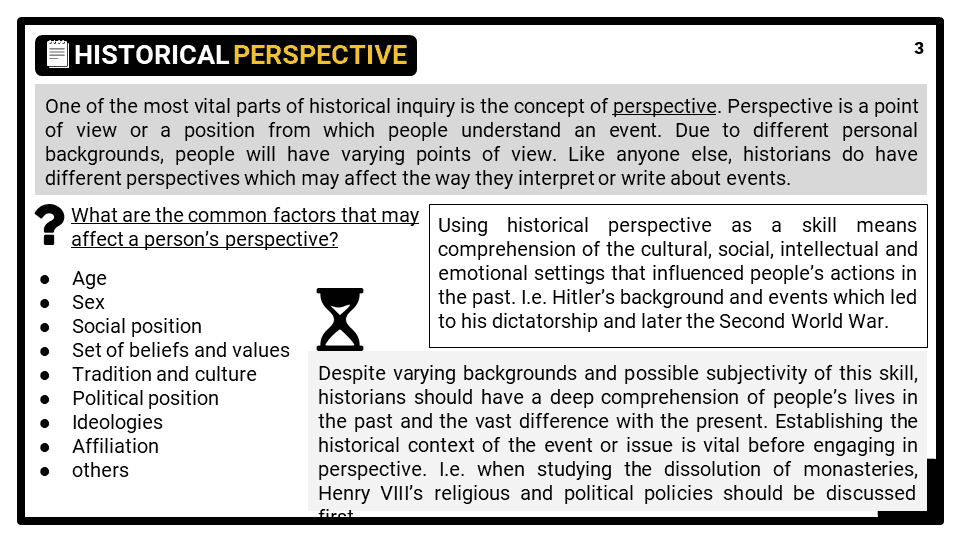 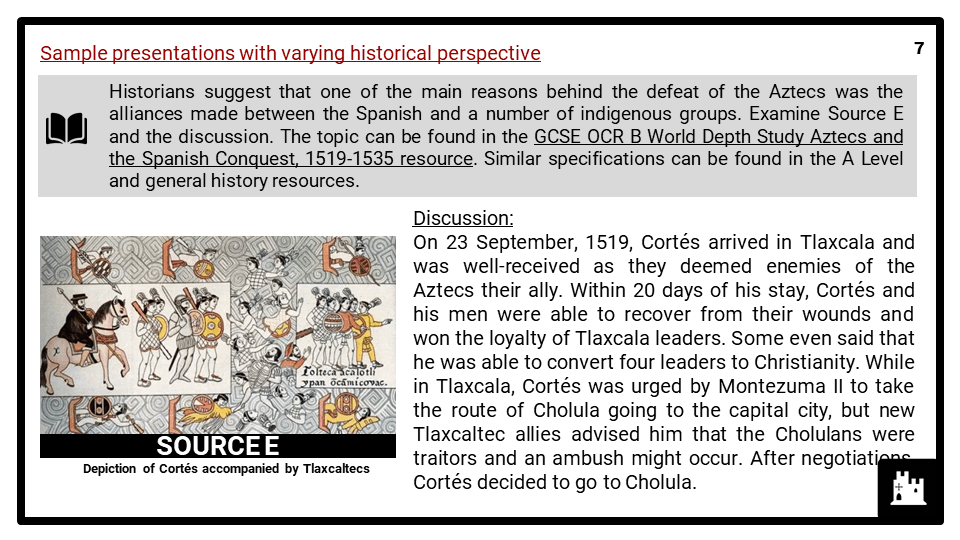 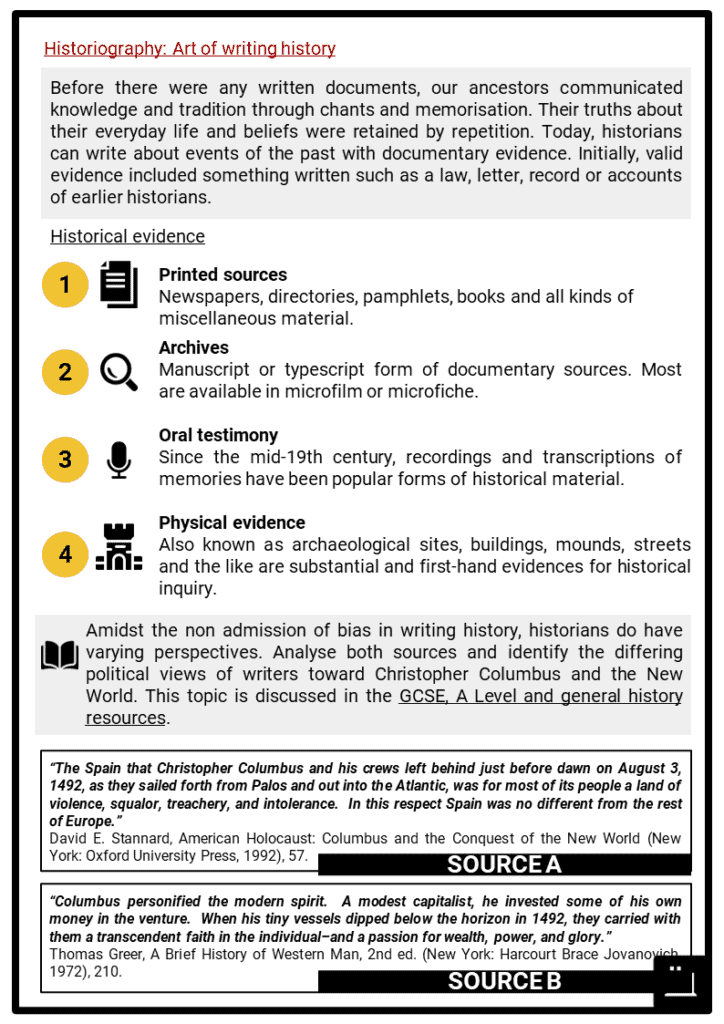 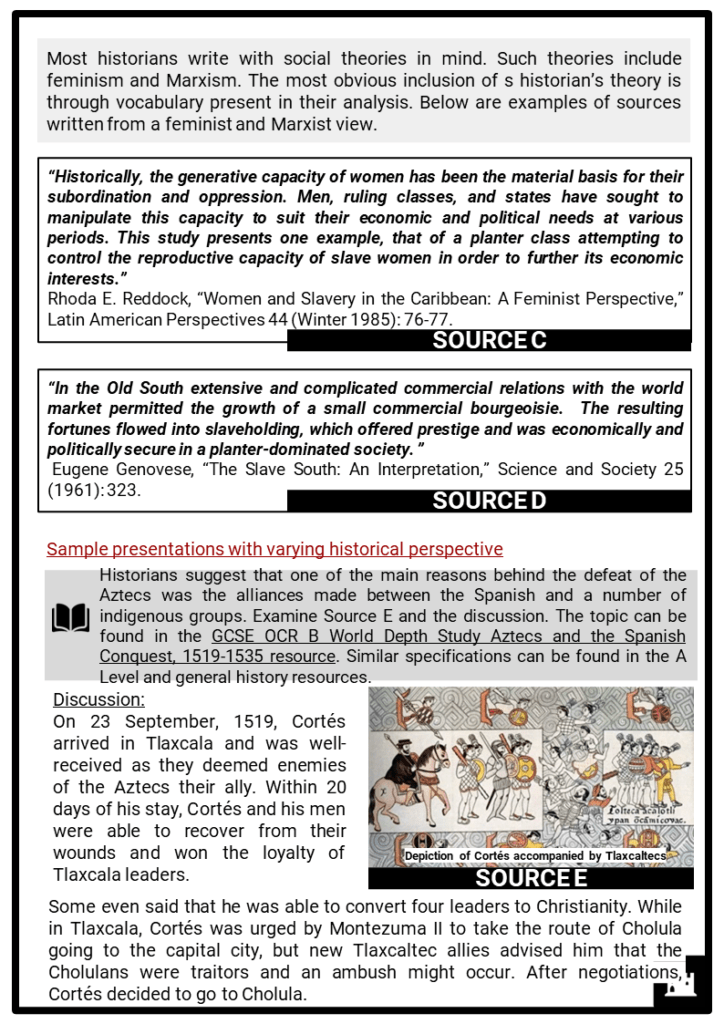