Do you want to save dozens of hours in time? Get your evenings and weekends back? Be able to teach about Charles Darwin to your students? 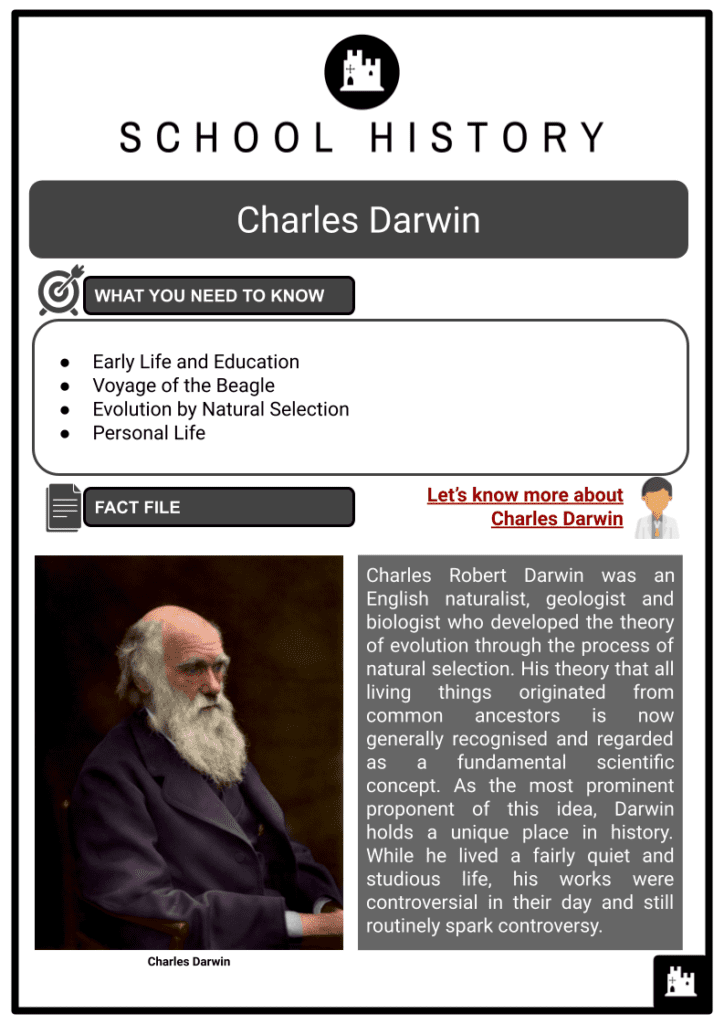 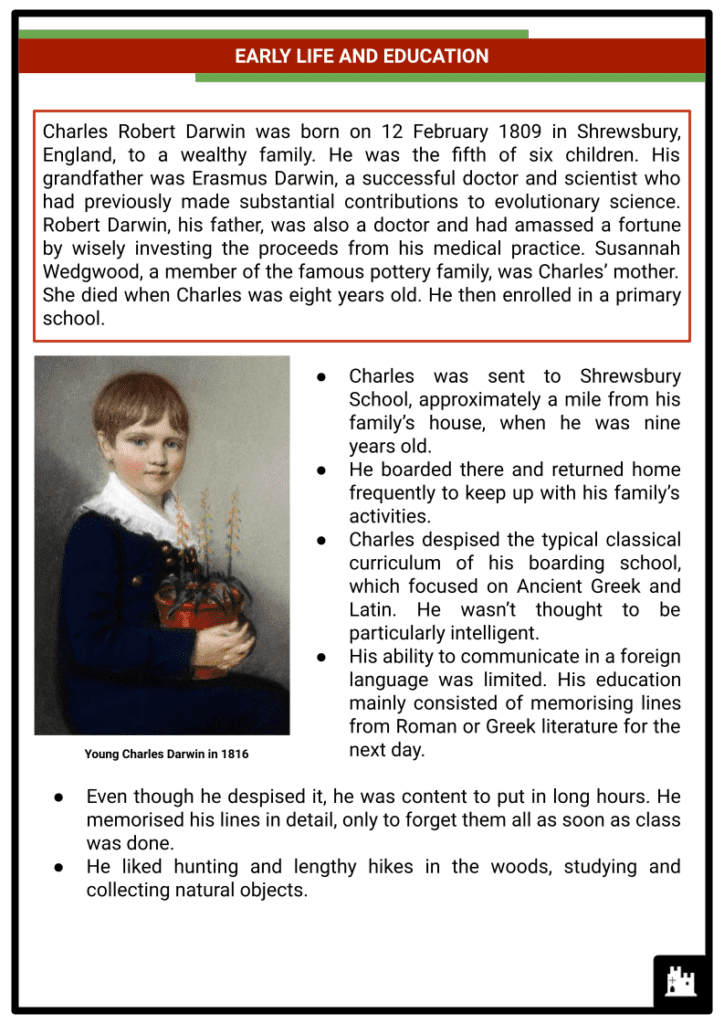 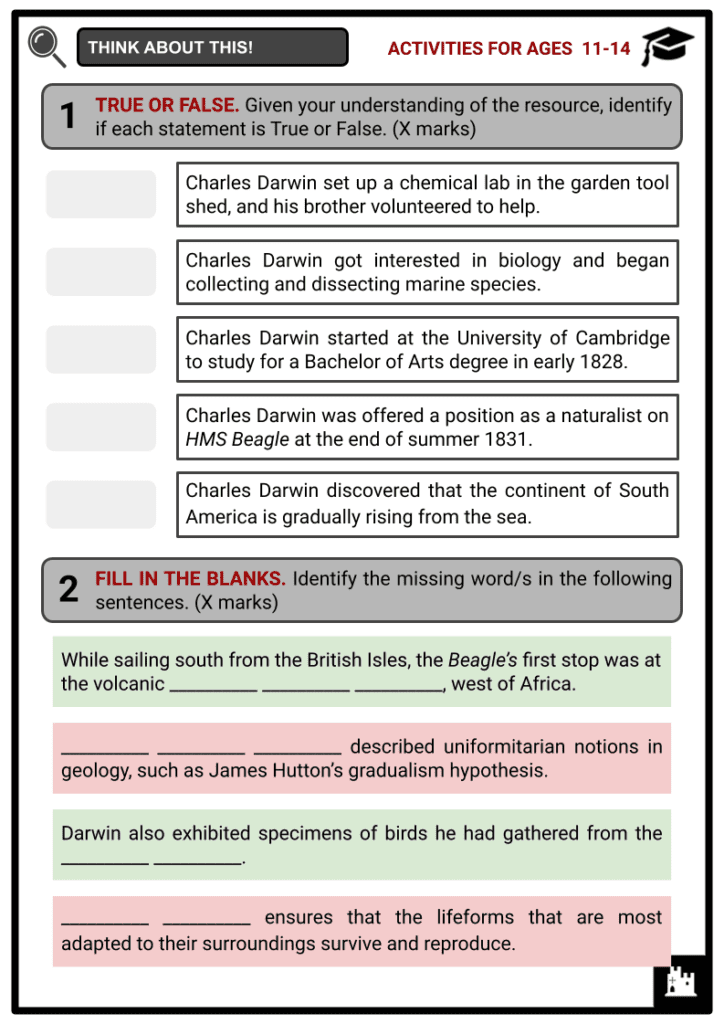 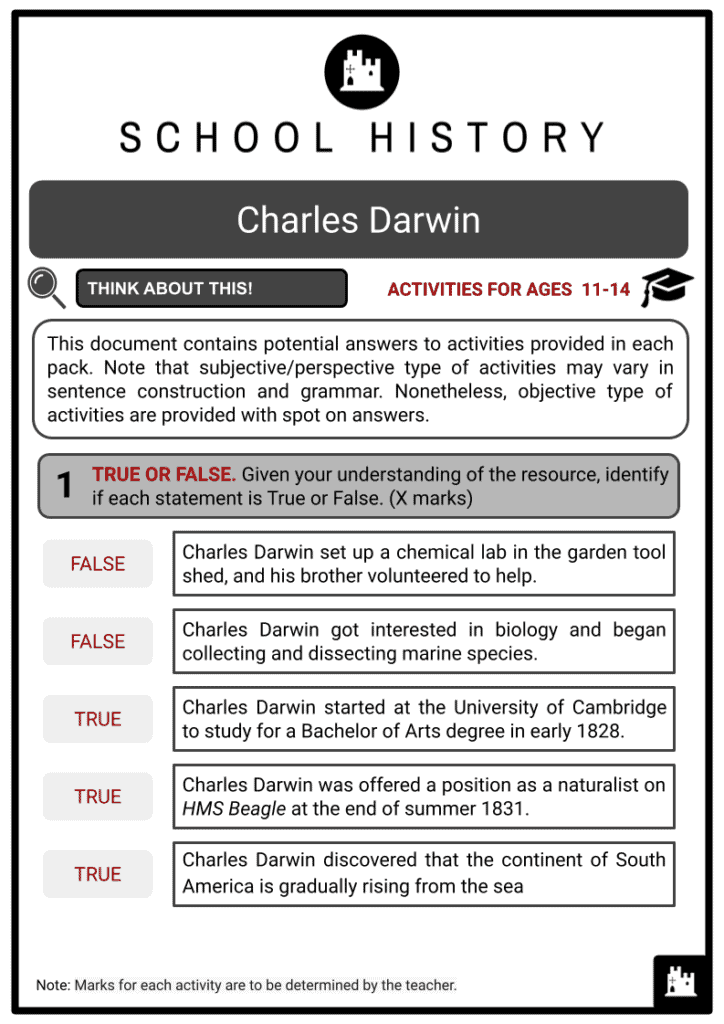 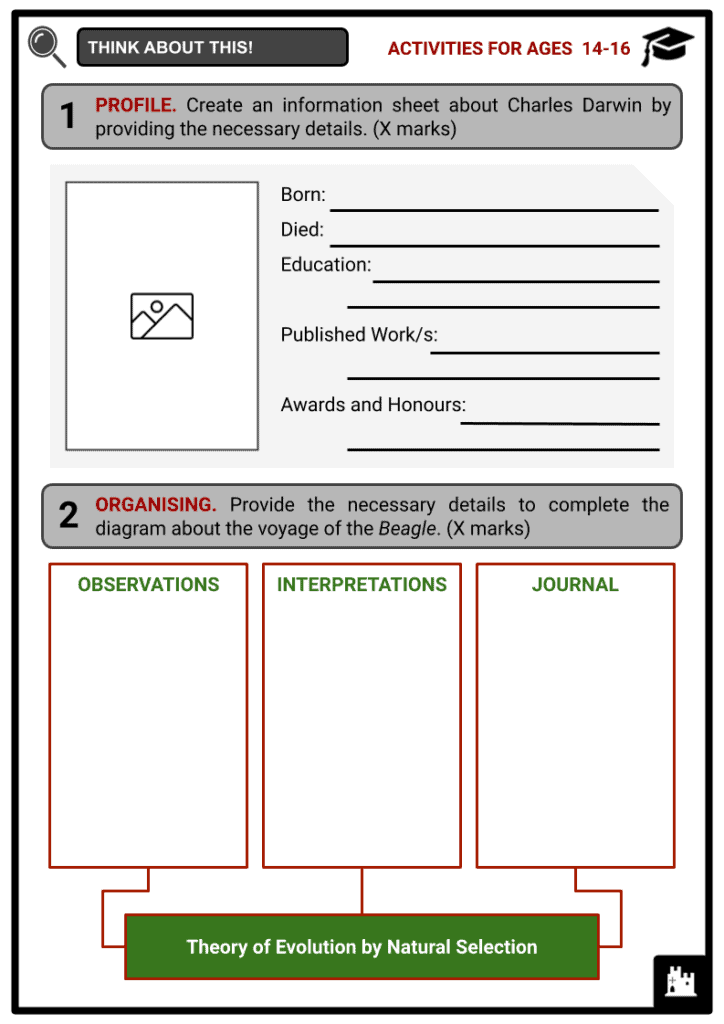 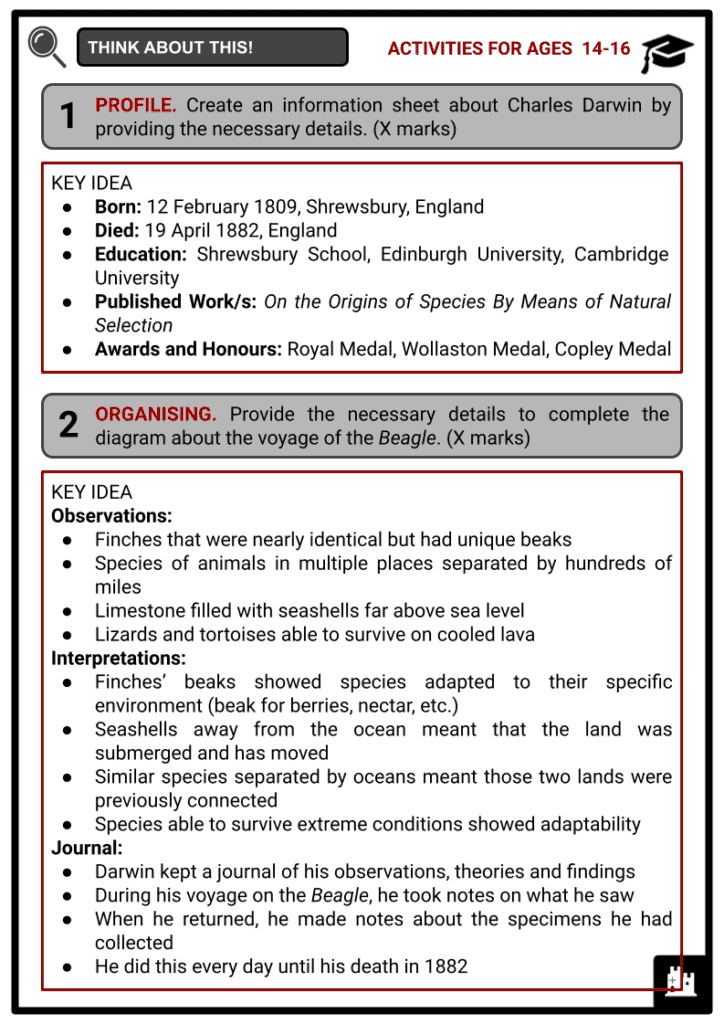 Charles Robert Darwin was an English naturalist, geologist, and biologist who developed the theory of evolution through the process of natural selection. His theory that all living things originated from common ancestors is now generally recognised and regarded as a fundamental scientific concept. As the most prominent proponent of this idea, Darwin holds a unique place in history. While he lived a fairly quiet and studious life, his works were controversial in their day and still routinely spark controversy.

Voyage of the Beagle