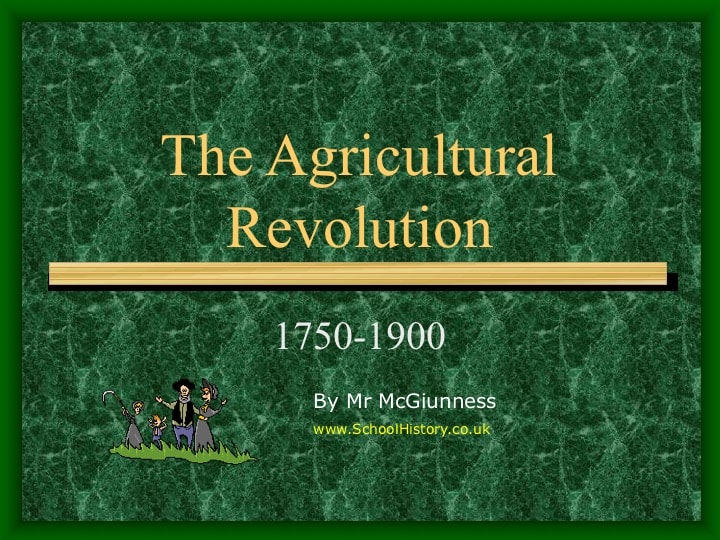 During the early 1700’s, a great change in farming called the Agricultural Revolution began in Great Britain.  The revolution resulted from a series of discoveries and inventions that made farming much more productive than ever before.  By the mid-1800’s, the Agricultural Revolution had spread throughout much of Europe and North America.  One of the revolution’s chief effects was the rapid growth of towns and cities in Europe and the United States during the 1800’s.  Because fewer people were needed to produce food, farm families by the thousands moved to the towns and cities.