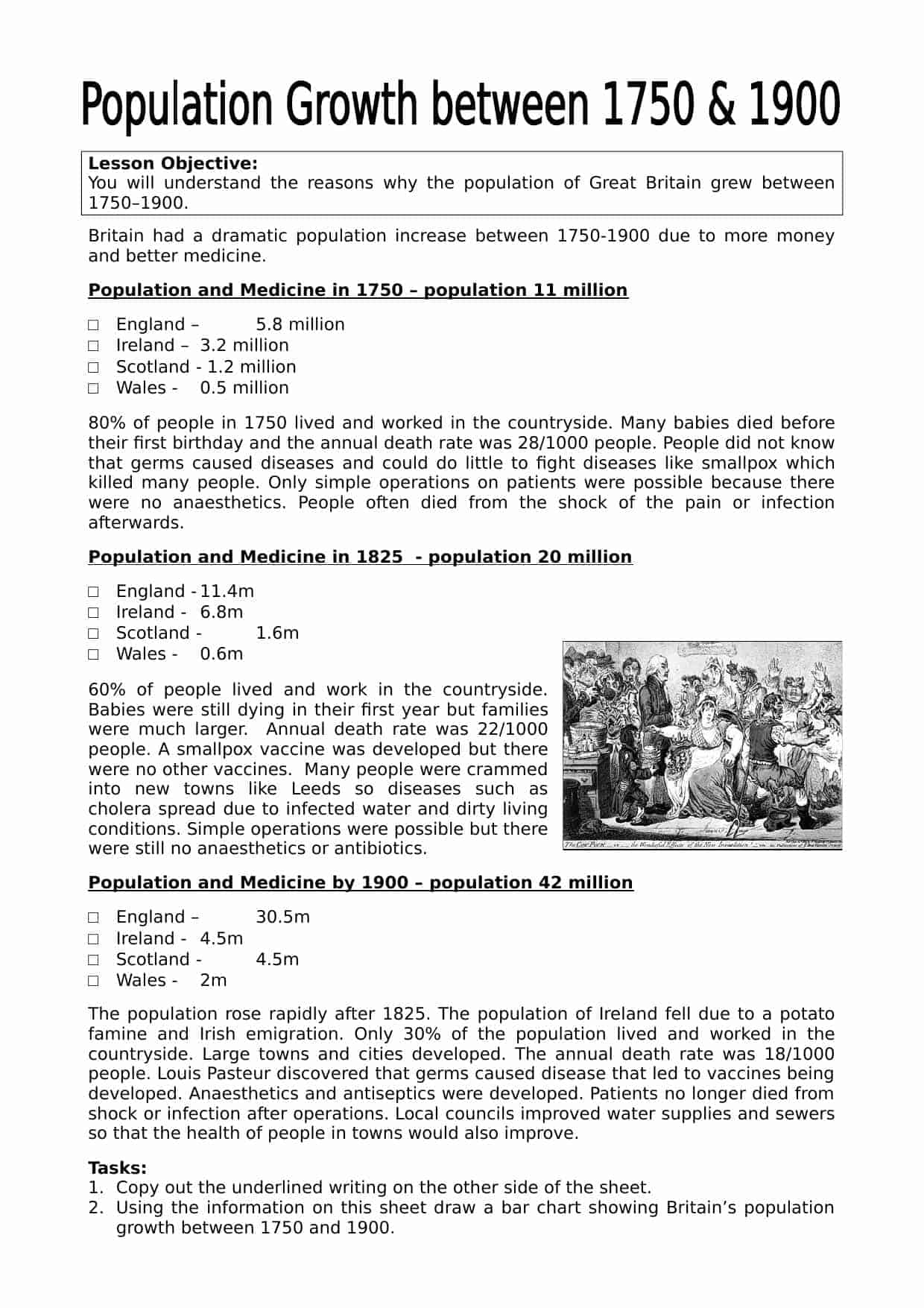 You will understand the reasons why the population of Great Britain grew between 1750–1900.

Britain had a dramatic population increase between 1750-1900 due to more money and better medicine.

Population and Medicine in 1750 – population 11 million

80% of people in 1750 lived and worked in the countryside. Many babies died before their first birthday and the annual death rate was 28/1000 people. People did not know that germs caused diseases and could do little to fight diseases like smallpox which killed many people. Only simple operations on patients were possible because there were no anaesthetics. People often died from the shock of the pain or infection afterwards.

Population and Medicine in 1825 – population 20 million

60% of people lived and work in the countryside. Babies were still dying in their first year but families were much larger. Annual death rate was 22/1000 people. A smallpox vaccine was developed but there were no other vaccines. Many people were crammed into new towns like Leeds so diseases such as cholera spread due to infected water and dirty living conditions. Simple operations were possible but there were still no anaesthetics or antibiotics.

Population and Medicine by 1900 – population 42 million

The population rose rapidly after 1825. The population of Ireland fell due to a potato famine and Irish emigration. Only 30% of the population lived and worked in the countryside. Large towns and cities developed. The annual death rate was 18/1000 people. Louis Pasteur discovered that germs caused disease that led to vaccines being developed. Anaesthetics and antiseptics were developed. Patients no longer died from shock or infection after operations. Local councils improved water supplies and sewers so that the health of people in towns would also improve.