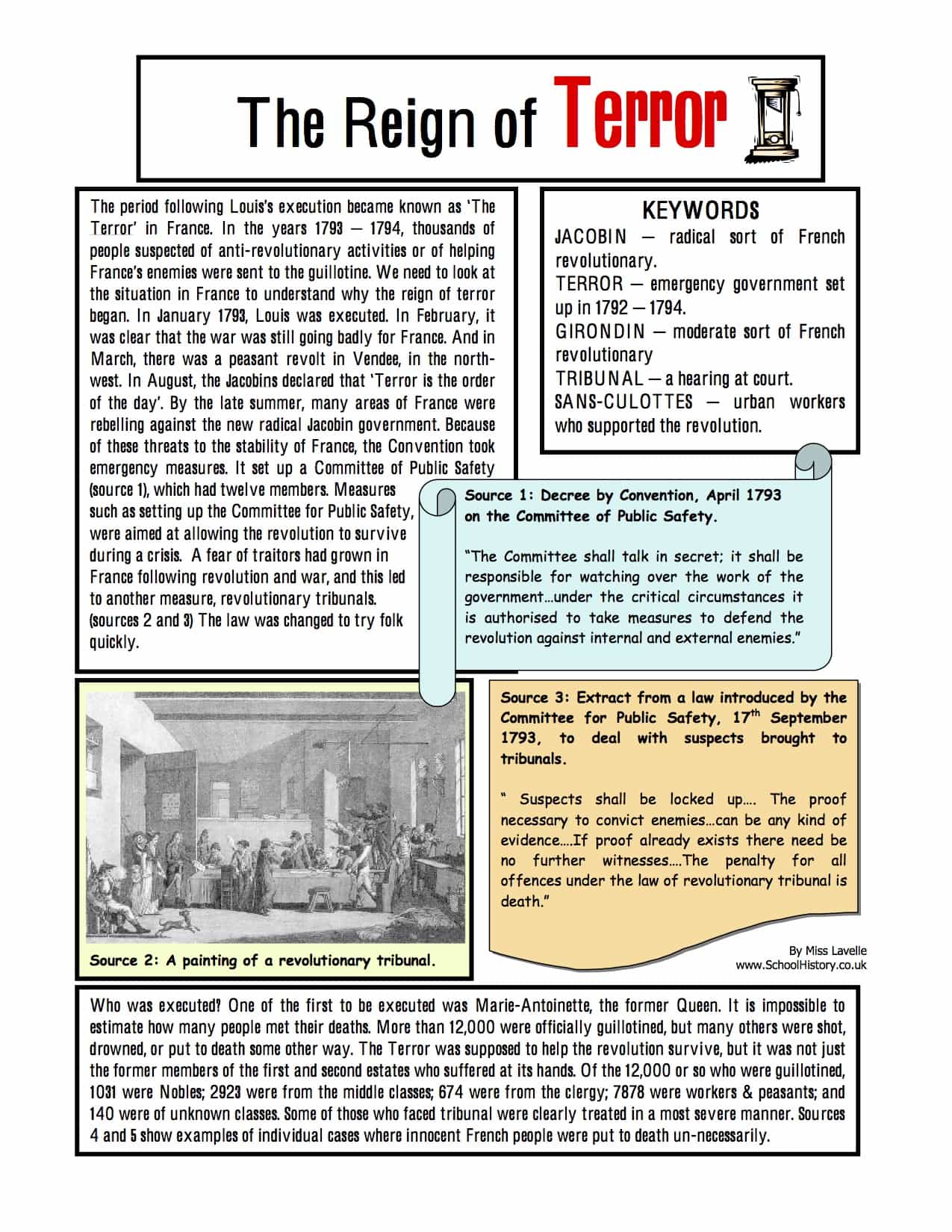 The period following Louis’s execution became known as ‘The Terror’ in France. In the years 1793 — 1794, thousands of people suspected of anti-revolutionary activities or of helping France’s enemies were sent to the guillotine. We need to look at the situation in France to understand why the reign of terror began. In January 1793, Louis was executed. In February, it was clear that the war was still going badly for France. And in March, there was a peasant revolt in Vendee, in the north- west. In August, the Jacobins declared that ‘Terror is the order of the day’.

By the late summer, many areas of France were rebelling against the new radical Jacobin government. Because of these threats to the stability of France, the Convention tookemergency measures. It set up a Committee of Public Safety, which had twelve members. Measures such as setting up the Committee for Public Safety, were aimed at allowing the revolution to survive during a crisis. A fear of traitors had grown in France following revolution and war, and this led to another measure, revolutionary tribunals. (sources 2 and 3) The law was changed to try folk quickly.