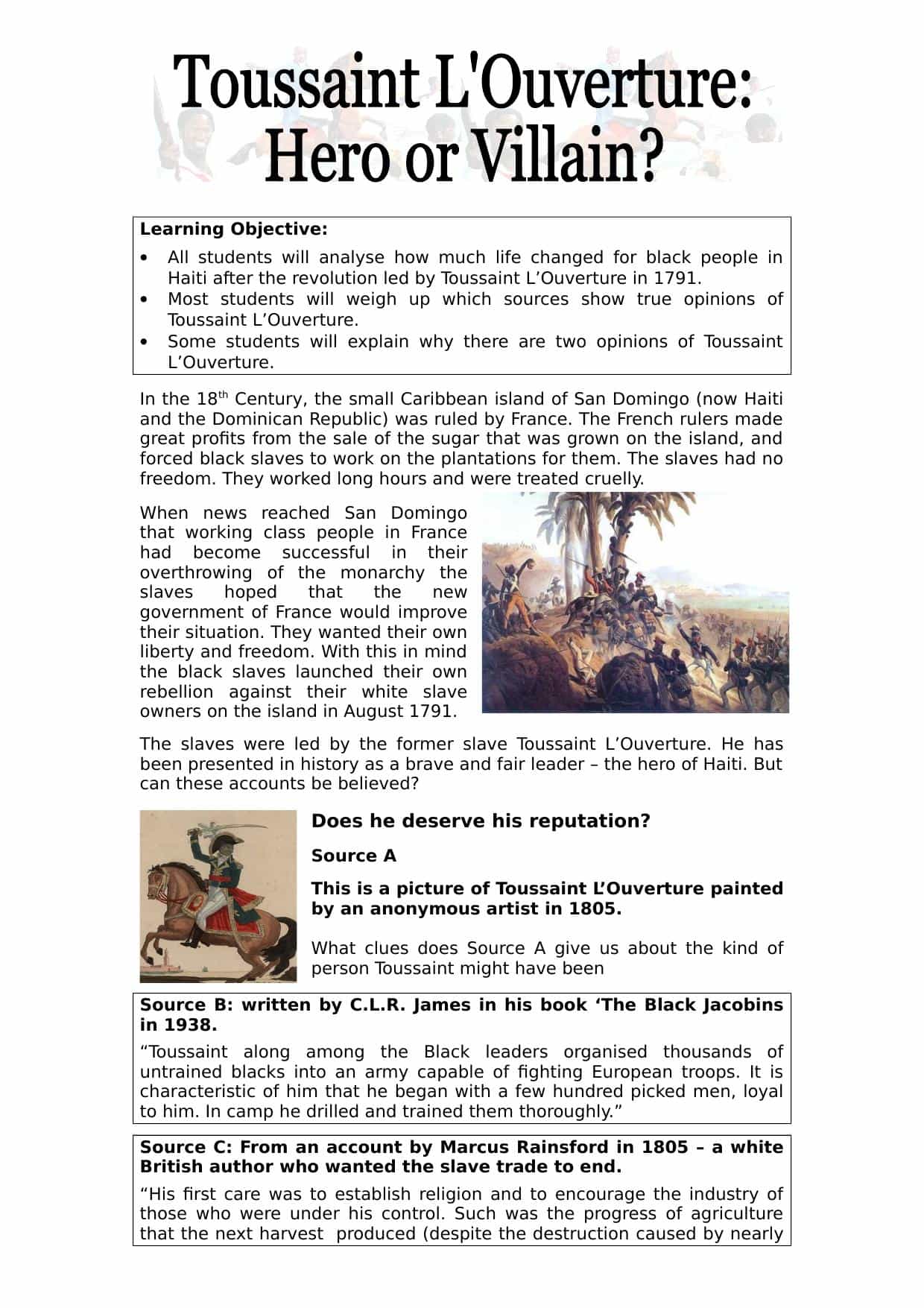 In the 18th Century, the small Caribbean island of San Domingo (now Haiti and the Dominican Republic) was ruled by France. The French rulers made great profits from the sale of the sugar that was grown on the island, and forced black slaves to work on the plantations for them. The slaves had no freedom. They worked long hours and were treated cruelly.

When news reached San Domingo that working class people in France had become successful in their overthrowing of the monarchy the slaves hoped that the new government of France would improve their situation. They wanted their own liberty and freedom. With this in mind the black slaves launched their own rebellion against their white slave owners on the island in August 1791.

The slaves were led by the former slave Toussaint L’Ouverture. He has been presented in history as a brave and fair leader – the hero of Haiti. But can these accounts be believed?