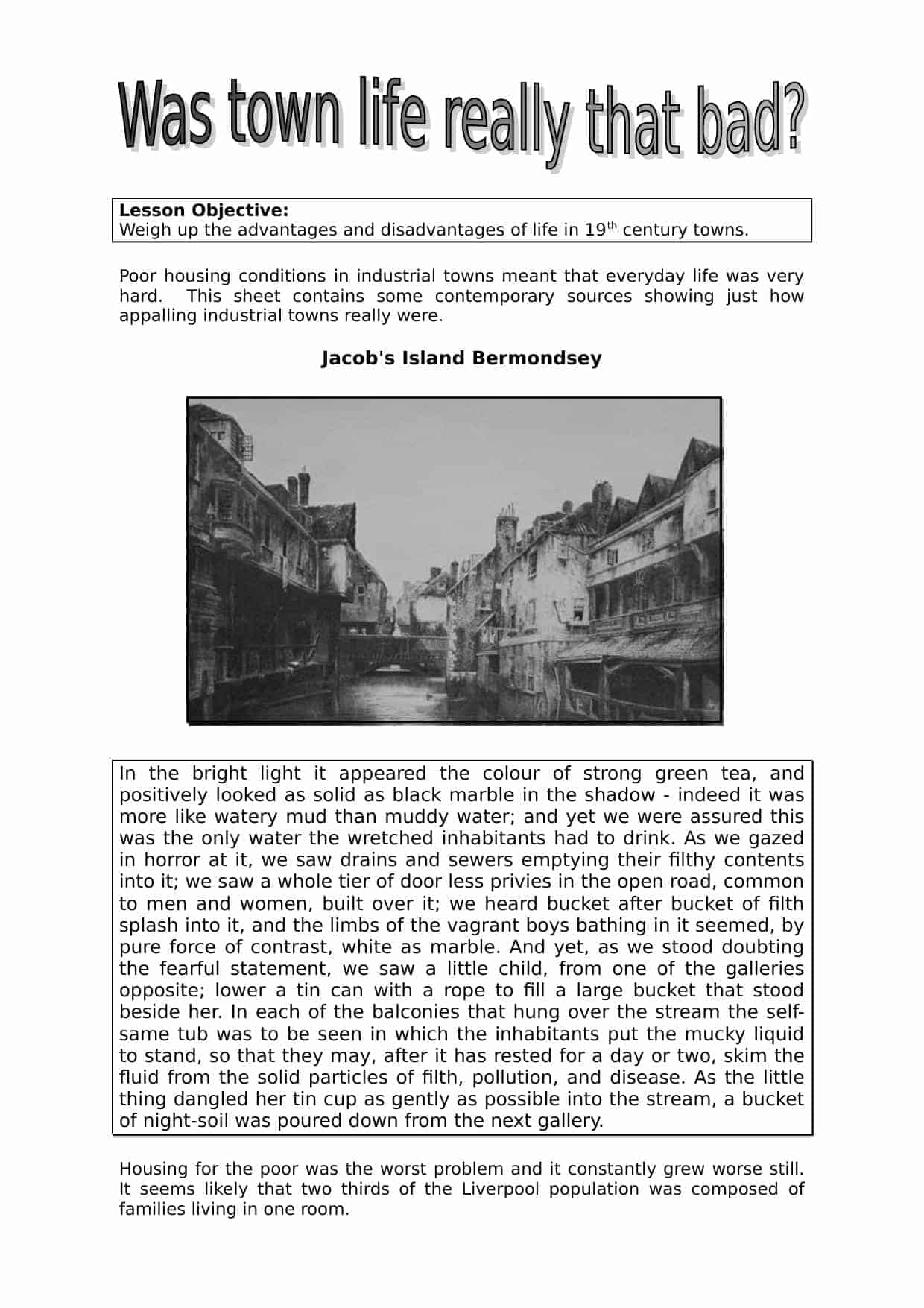 Weigh up the advantages and disadvantages of life in 19th century towns.

In the bright light it appeared the colour of strong green tea, and positively looked as solid as black marble in the shadow – indeed it was more like watery mud than muddy water; and yet we were assured this was the only water the wretched inhabitants had to drink. As we gazed in horror at it, we saw drains and sewers emptying their filthy contents into it; we saw a whole tier of door less privies in the open road, common to men and women, built over it; we heard bucket after bucket of filth splash into it, and the limbs of the vagrant boys bathing in it seemed, by pure force of contrast, white as marble. And yet, as we stood doubting the fearful statement, we saw a little child, from one of the galleries opposite; lower a tin can with a rope to fill a large bucket that stood beside her. In each of the balconies that hung over the stream the self-same tub was to be seen in which the inhabitants put the mucky liquid to stand, so that they may, after it has rested for a day or two, skim the fluid from the solid particles of filth, pollution, and disease. As the little thing dangled her tin cup as gently as possible into the stream, a bucket of night-soil was poured down from the next gallery.

Housing for the poor was the worst problem and it constantly grew worse still. It seems likely that two thirds of the Liverpool population was composed of families living in one room.