Do you want to save dozens of hours in time? Get your evenings and weekends back? Be able to teach about William Pitt, the Elder to your students? 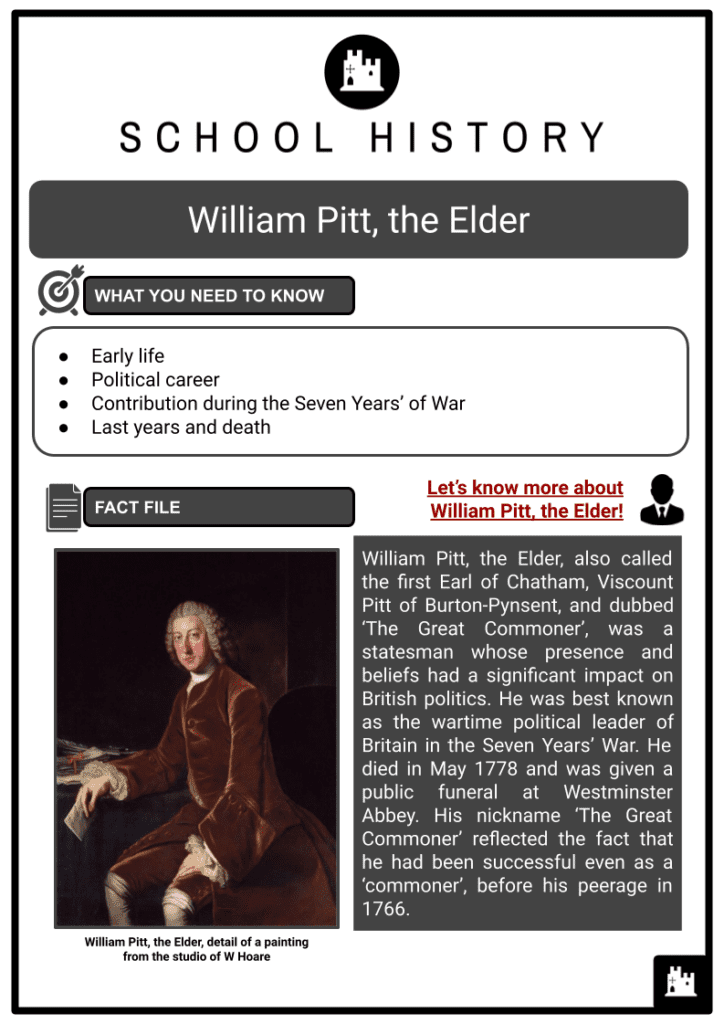 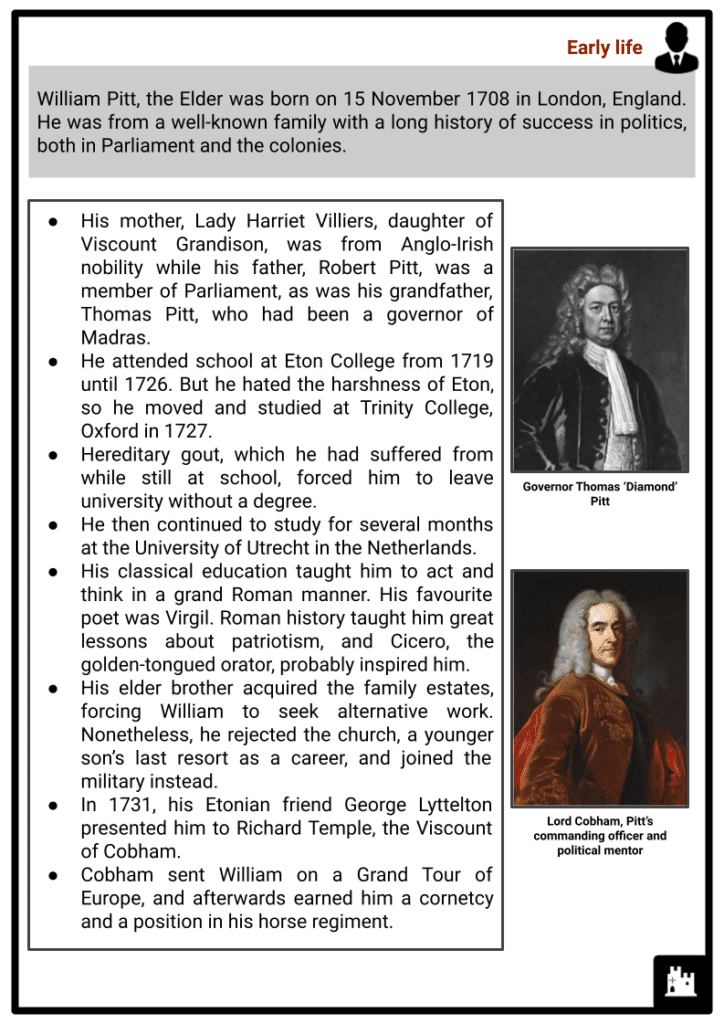 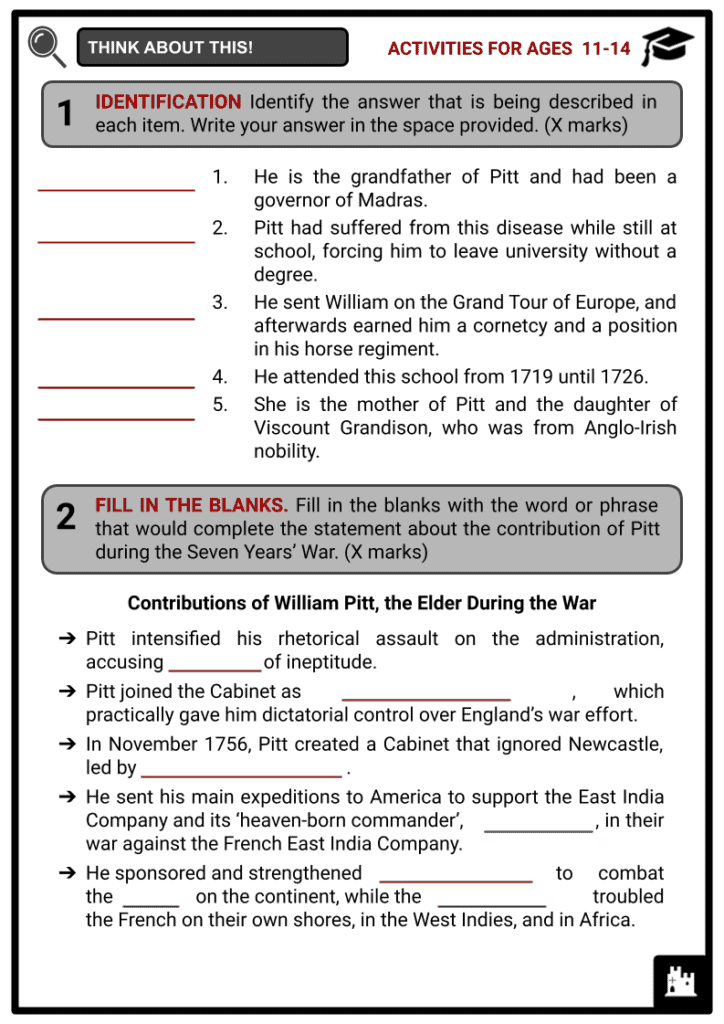 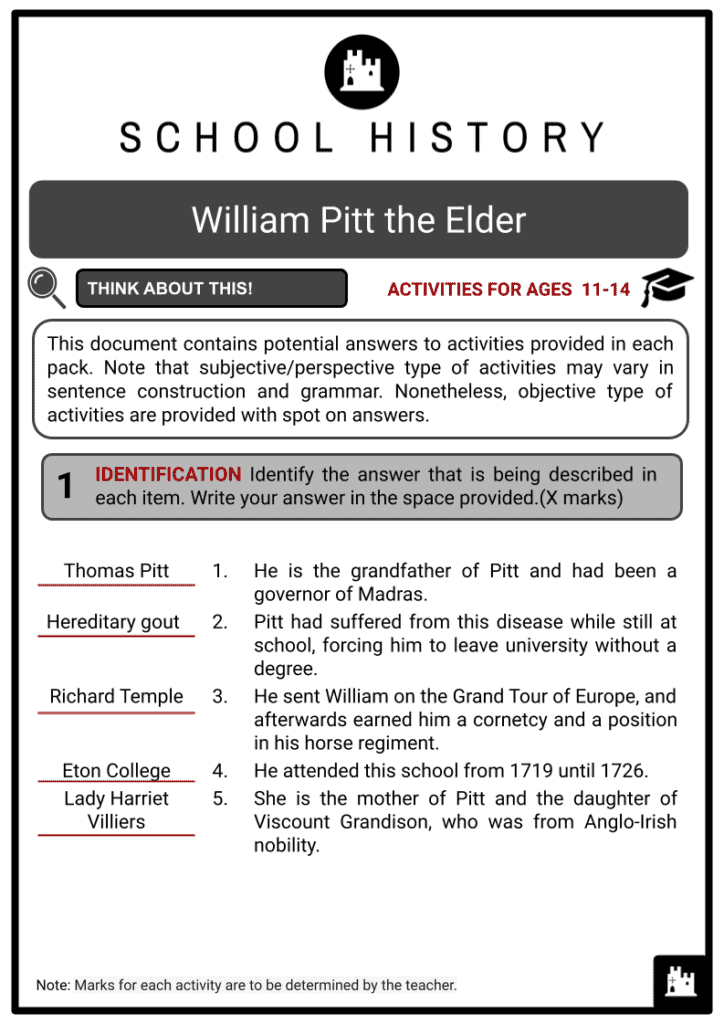 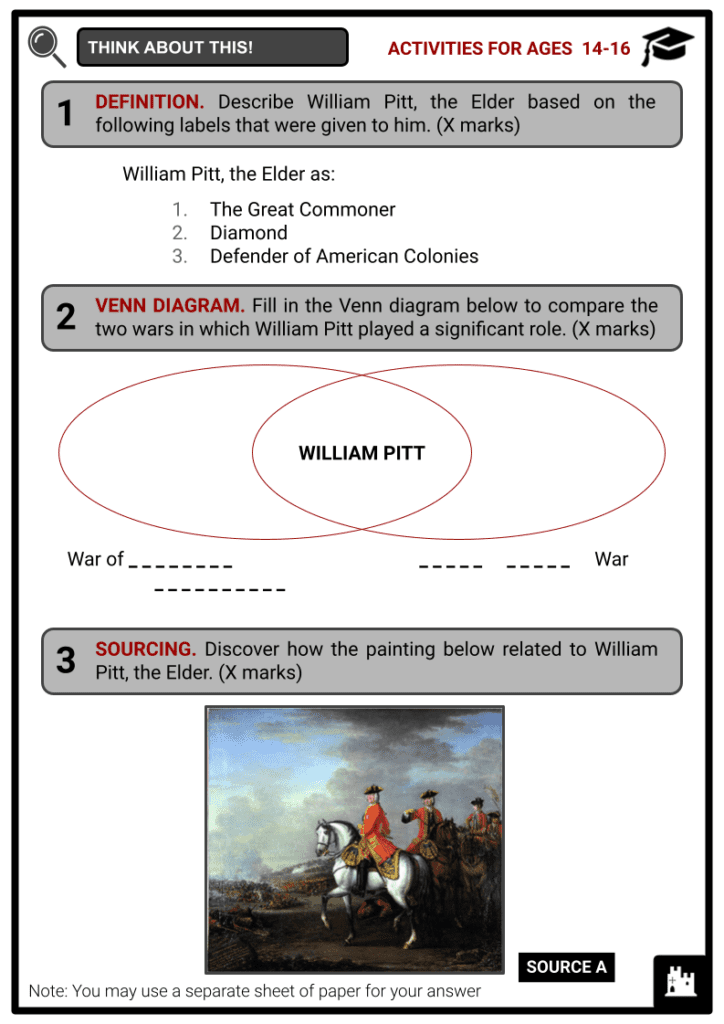 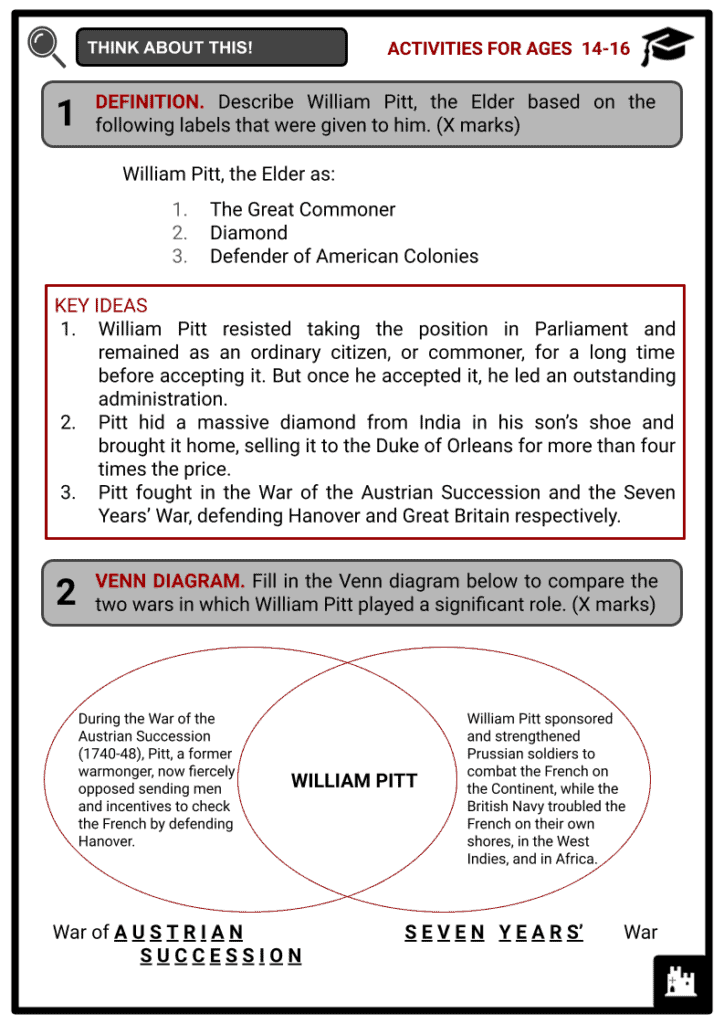 Let’s find out more about William Pitt, the Elder !

William Pitt, the Elder, also called the first Earl of Chatham, Viscount Pitt of Burton-Pynsent, and dubbed ‘The Great Commoner’, was a statesman whose presence and beliefs had a significant impact on British politics. He was best known as the wartime political leader of Britain in the Seven Years’ War. He died in May 1778 and was given a public funeral at Westminster Abbey. His nickname ‘The Great Commoner’ reflected the fact that he had been successful even as a ‘commoner’, before his peerage in 1766.

Contribution during the Seven Years’ War