Teach any The Celts topic, no prep needed!

Do you want to save dozens of hours in time? Get your evenings and weekends back? Be fully prepared to teach any The Celts KS3 topic?

Every The Celts topic is covered, and each module comes complete with:

The Celts were a group of Caucasians living in Indo-Europe from the early Iron Age (1200 BC). The Romans called them Gauls. The Celts were significant in influencing culture, technology, language, and religion across much of Europe and the British Isles. Their style of drawing, sculpture, jewellery and storytelling was also distinctive and easily identifiable.

As the Roman Empire expanded, the Celts came into conflict with them and clashed frequently. Adding inter-tribal conflict to their challenges, the Celts ultimately fell to the Western Roman Empire. When Rome fell, Celtic land became ruled by Germanic tribes.

Learn more about the Celts, their history and impact with our KS3 resources. You’ll find Student Activities, Lesson Presentation, and Revision Notes ready to download below. KS3 resources are ideally suited for Years 7, 8 and 9, or ages 11-14. 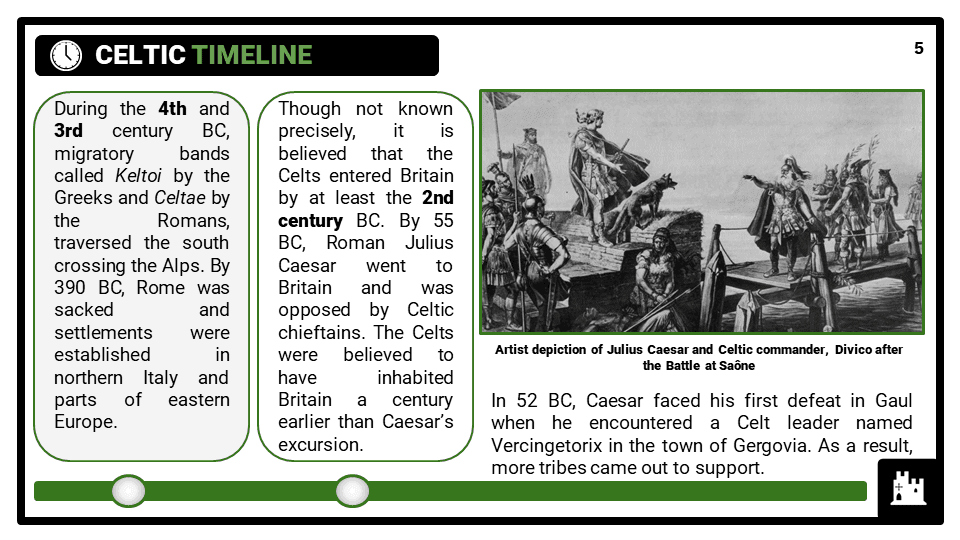 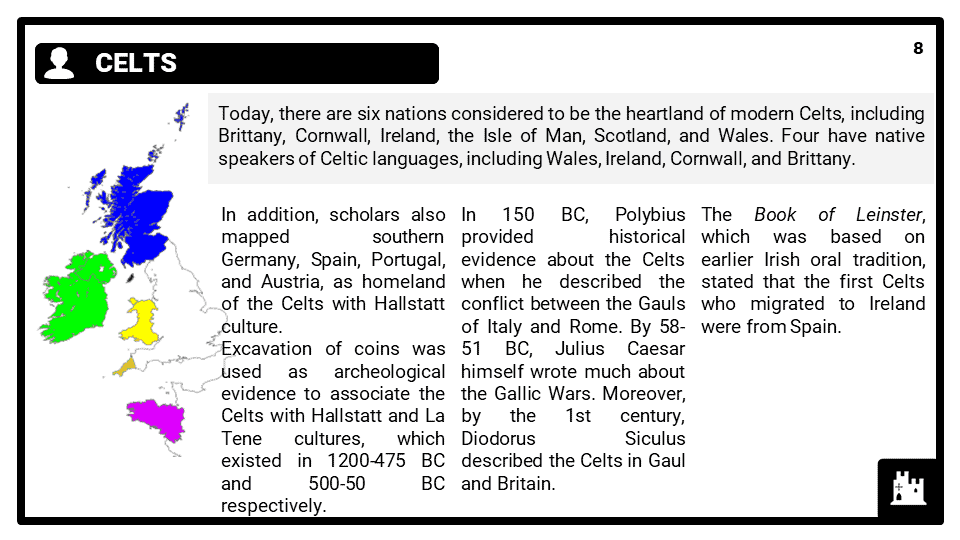 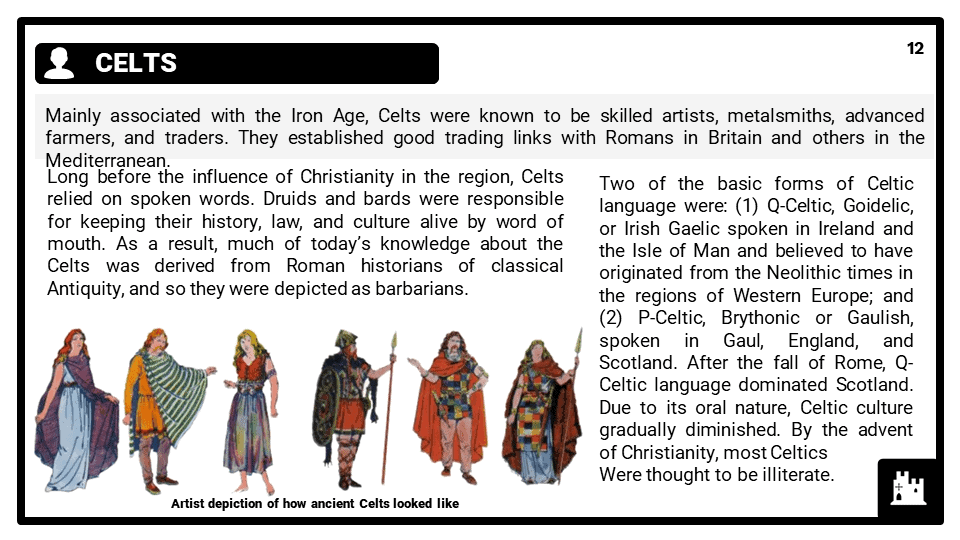 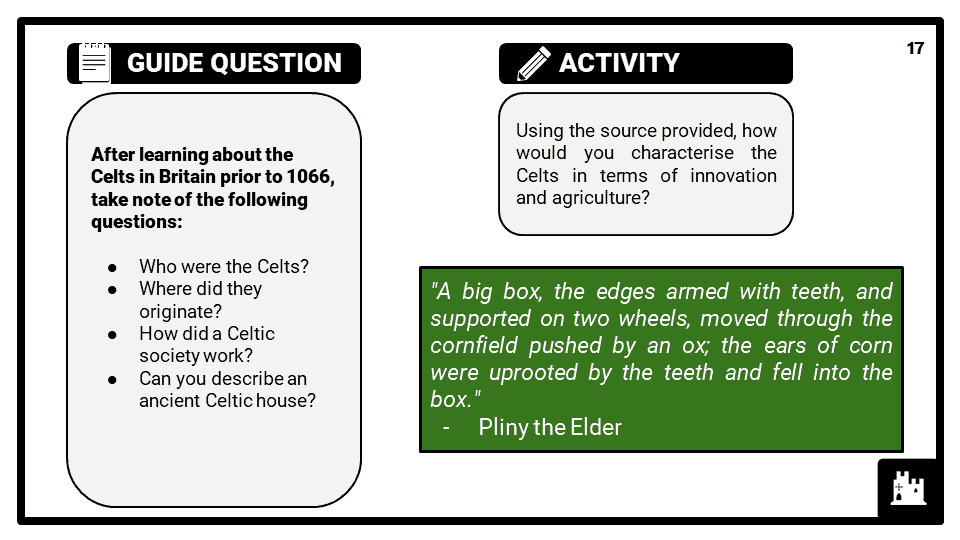 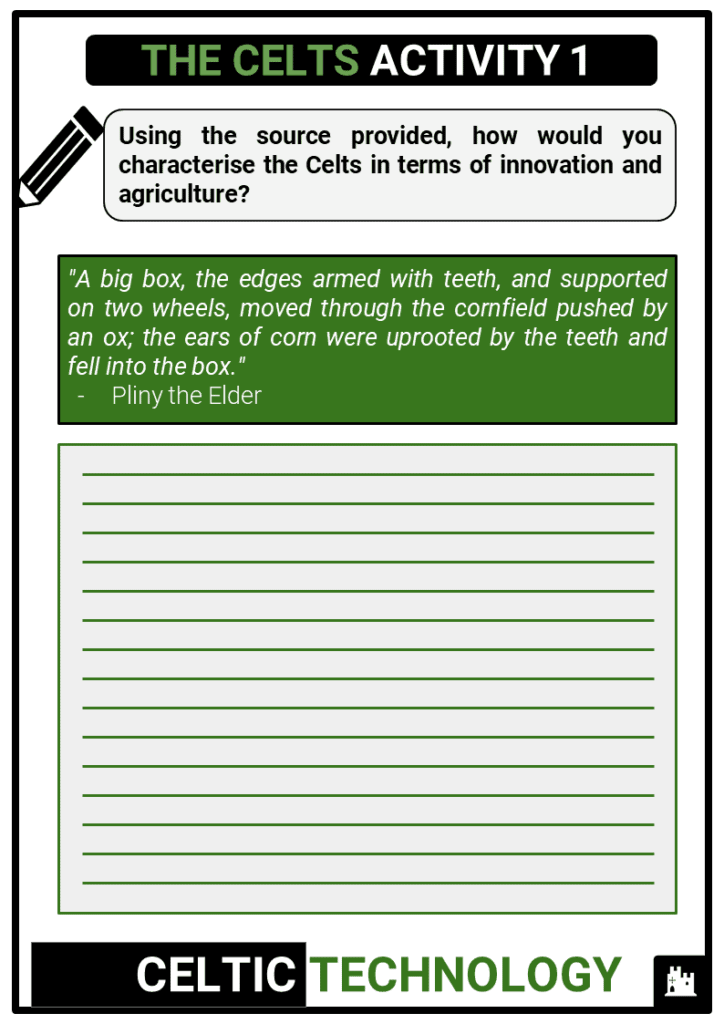 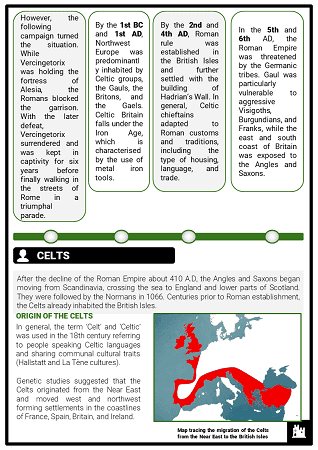 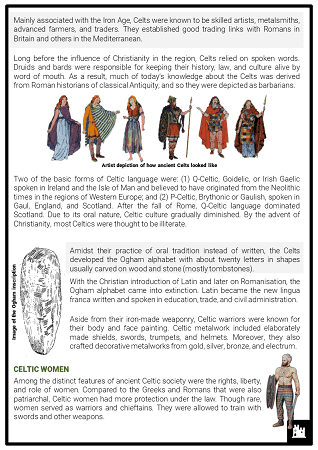