Do you want to save dozens of hours in time? Get your evenings and weekends back? Be fully prepared to teach any English Campaigns ​- Conquer Wales ​& Scotland KS3 topic?

Every English Campaigns ​- Conquer Wales ​& Scotland topic is covered, and each module comes complete with:

In the 11th century, the Normans invaded and conquered England with relative ease. After securing England, William the Conqueror had ambitions to take control of Wales and Scotland too. In 1081, King William led an expedition across south Wales. Thereafter, the Normans continued to penetrate regions of Wales. In Scotland, when Alexander III died in 1286, his dynasty ended too. His granddaughter Margaret, Maid of Norway, was proclaimed his Scottish heir but she died. The following year, Norman descendant Edward declared himself Superior Overlord of Scotland, then John Balliol was named new King of Scots in 1292.

Learn more about the timelines of England’s campaigns to conquer Wales and Scotland, important leaders of the battles during England’s campaigns, and the events comprising the English campaigns in Wales and Scotland with our KS3 resources. You’ll find Student Activities, Lesson Presentation, and Revision Notes ready to download below. KS3 resources are ideally suited for Years 7, 8 and 9, or ages 11-14. 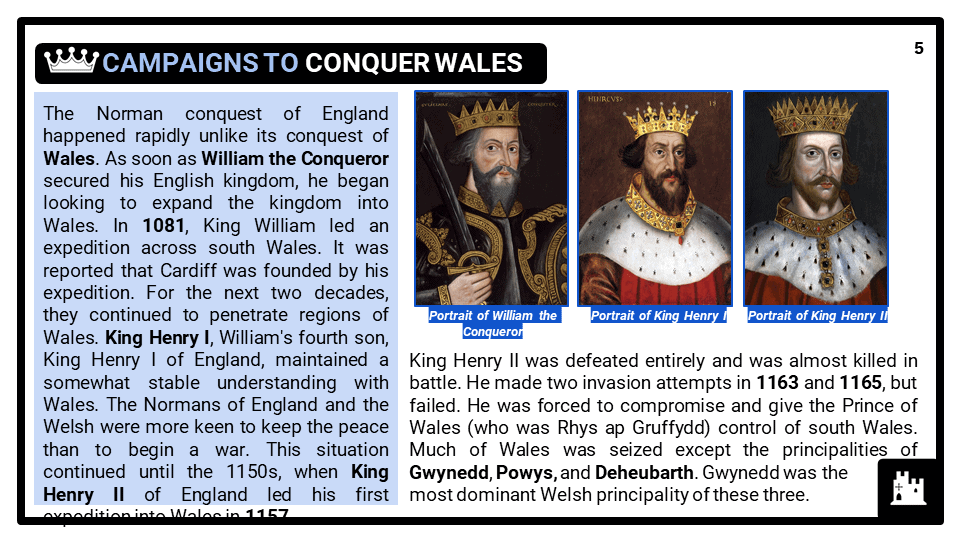 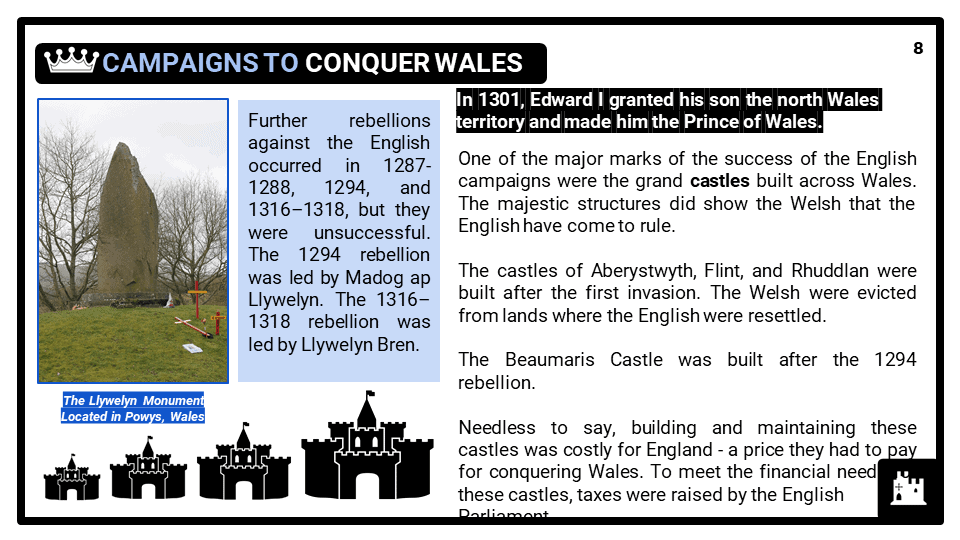 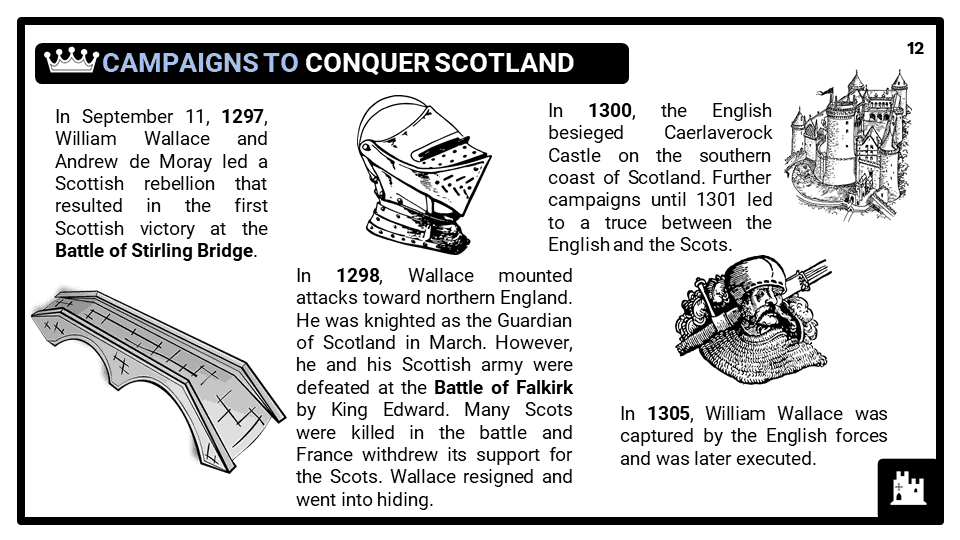 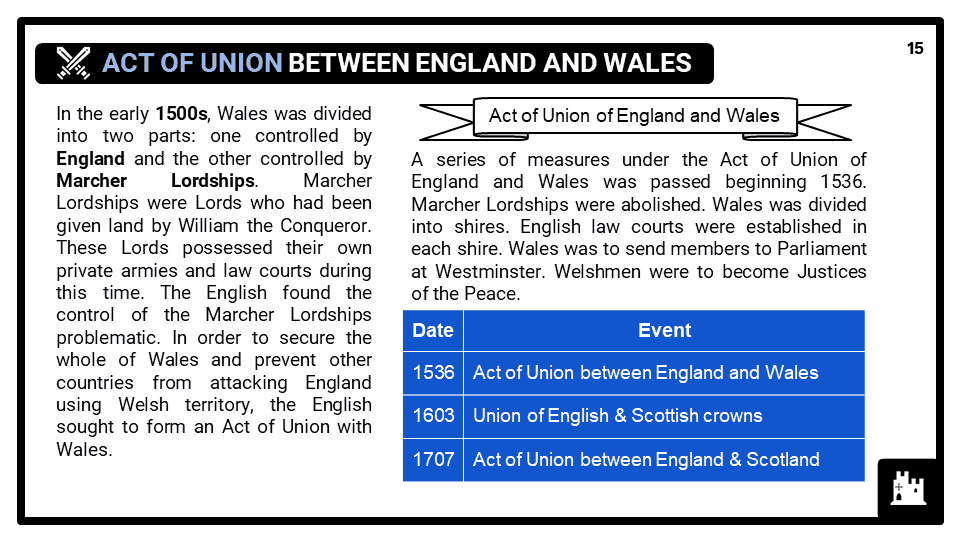 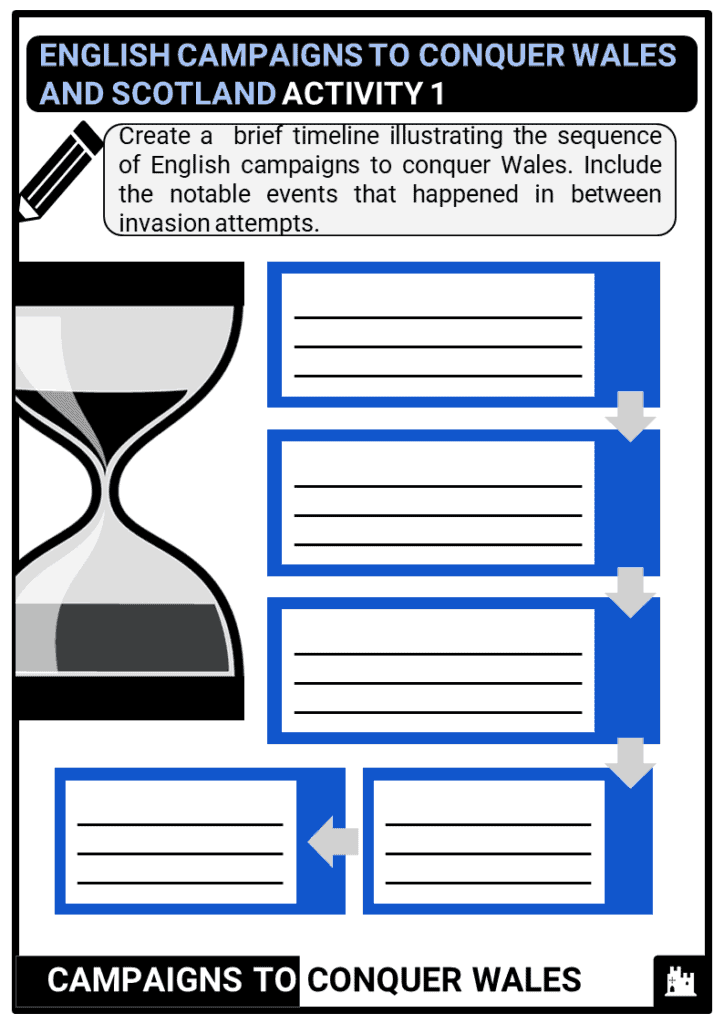 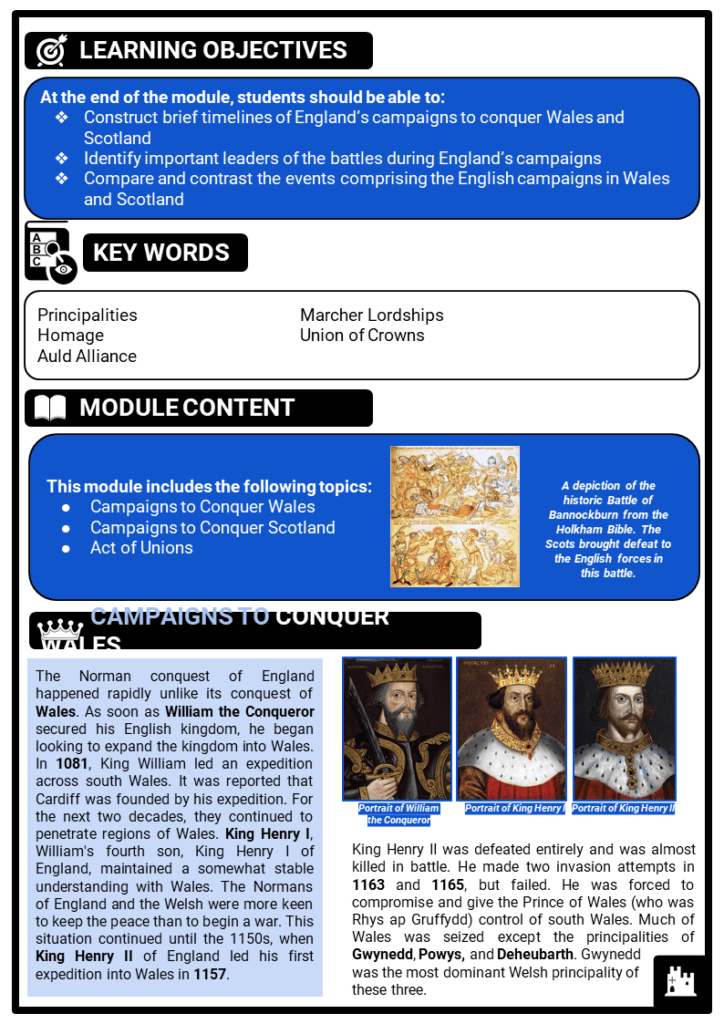 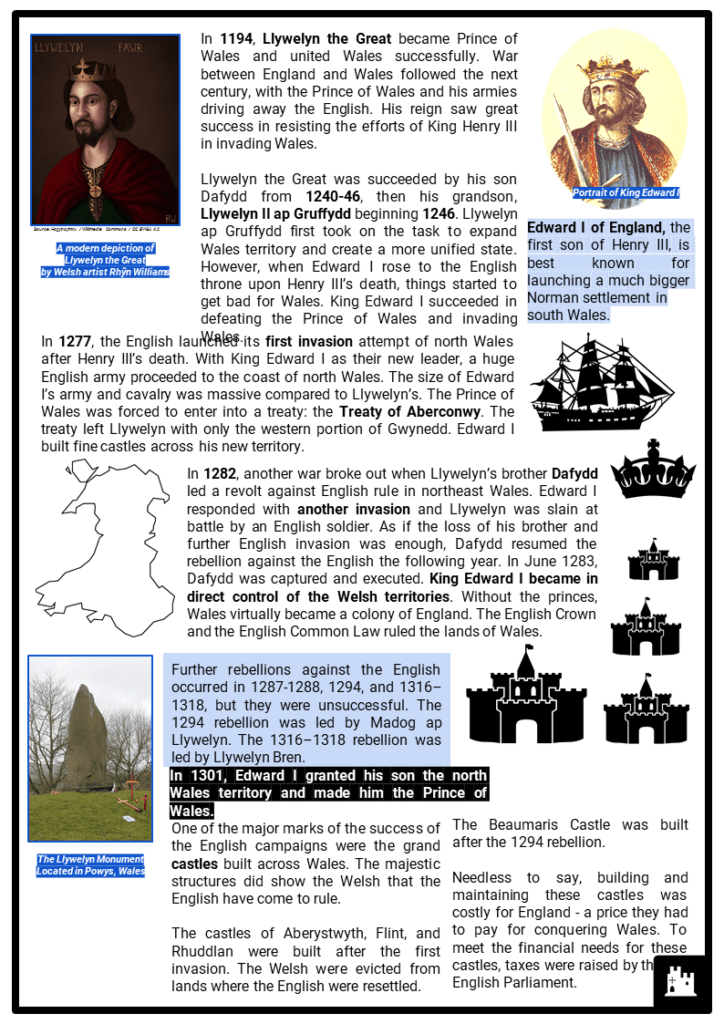