Browse our KS3 Australia and penal colonies teaching resources and student activities that are specifically for teaching KS3 History in years 7, 8 and 9 (Aged 11-14). Rescue your time and save hours of lesson preparation and planning.

Teach any Australia and penal colonies topic, no prep needed!

Do you want to save dozens of hours in time? Get your evenings and weekends back? Be fully prepared to teach any Australia and penal colonies KS3 topic?

Every Australia and penal colonies topic is covered, and each module comes complete with:

Since the 1760s, the Thirteen Colonies in the Americas and Britain had a strained relationship. With the British attempt to tax the colonists without their consent, a revolution under the slogan “No taxation without representation” emerged.

On 4 July 1776, the Continental Congress announced the independence of the Thirteen Colonies from Great Britain. Two years after the British defeat at Yorktown, George III acknowledged American independence in 1783 under the Treaty of Paris. The treaty resulted in the loss of Britain’s most treasured overseas possession. As a consequence, Britain shifted its interests from the Americas to Asia, the Pacific and Africa.

Learn more about the rise of the British Empire in Australia,  British penal colonies and end of transportation with our KS3 resources. You’ll find Student Activities, Lesson Presentation, and Revision Notes ready to download below. KS3 resources are ideally suited for Years 7, 8 and 9, or ages 11-14. 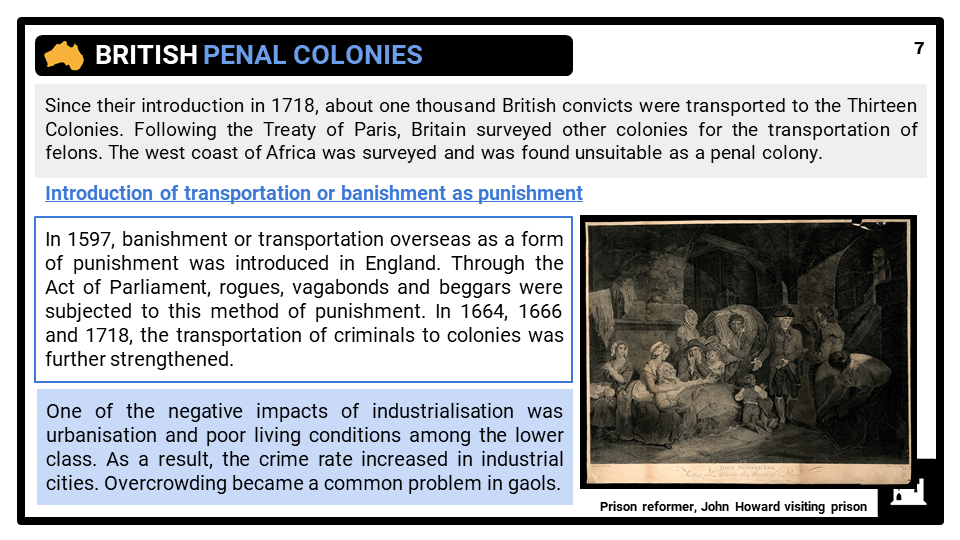 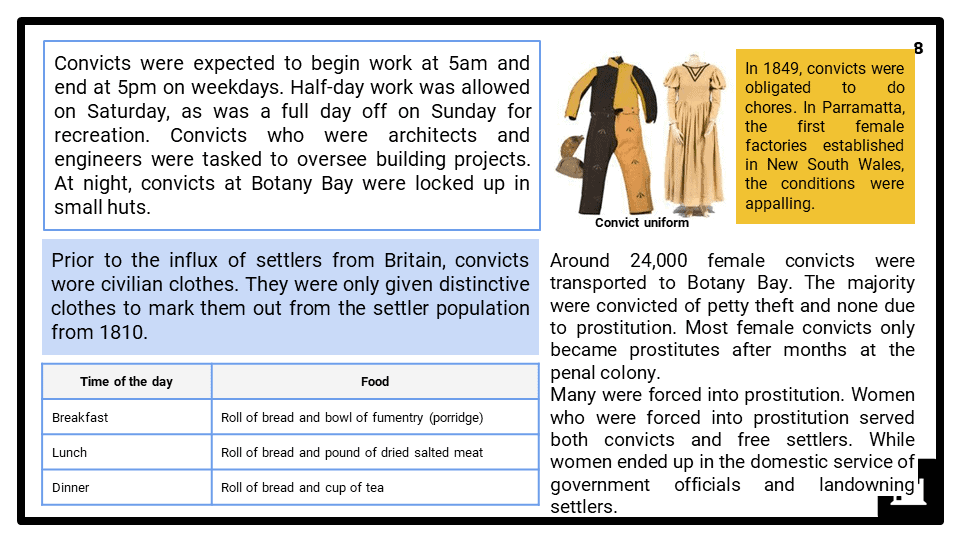 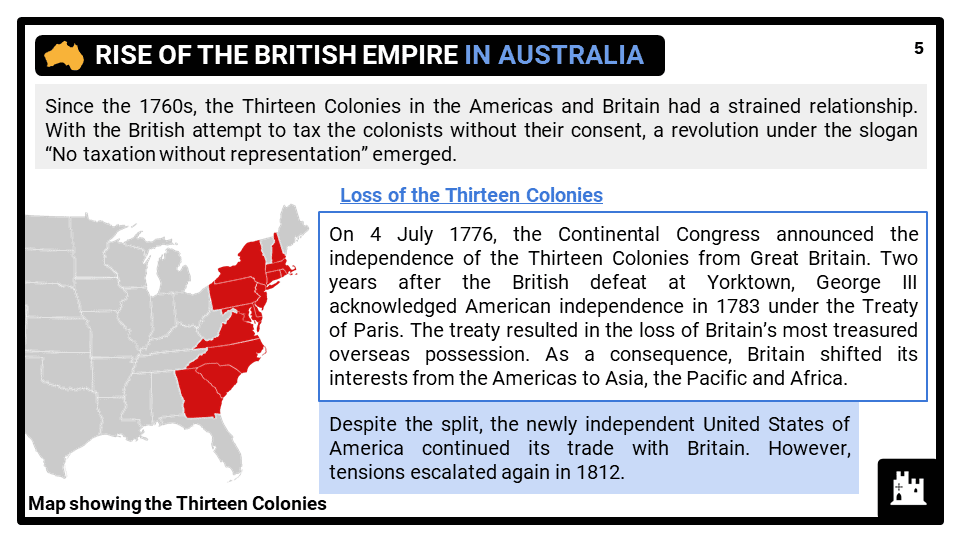 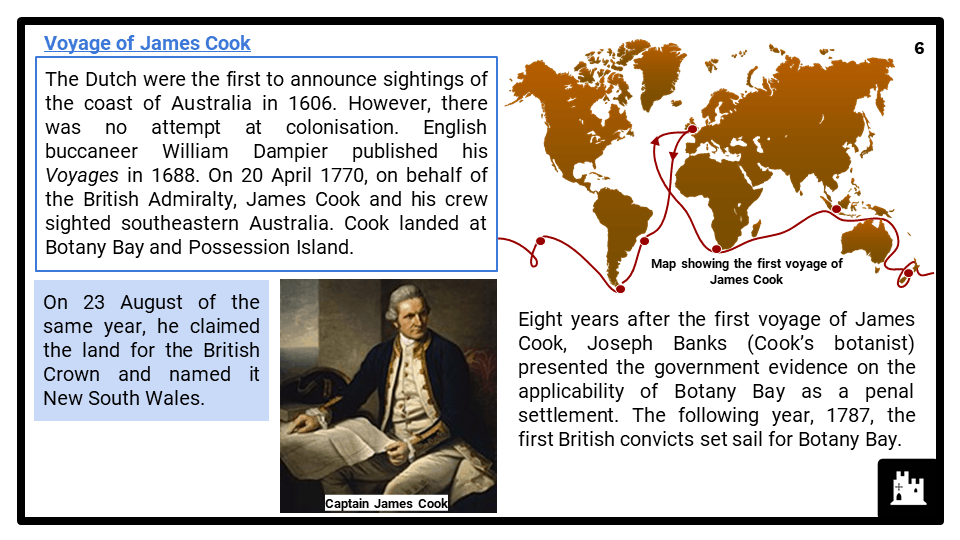 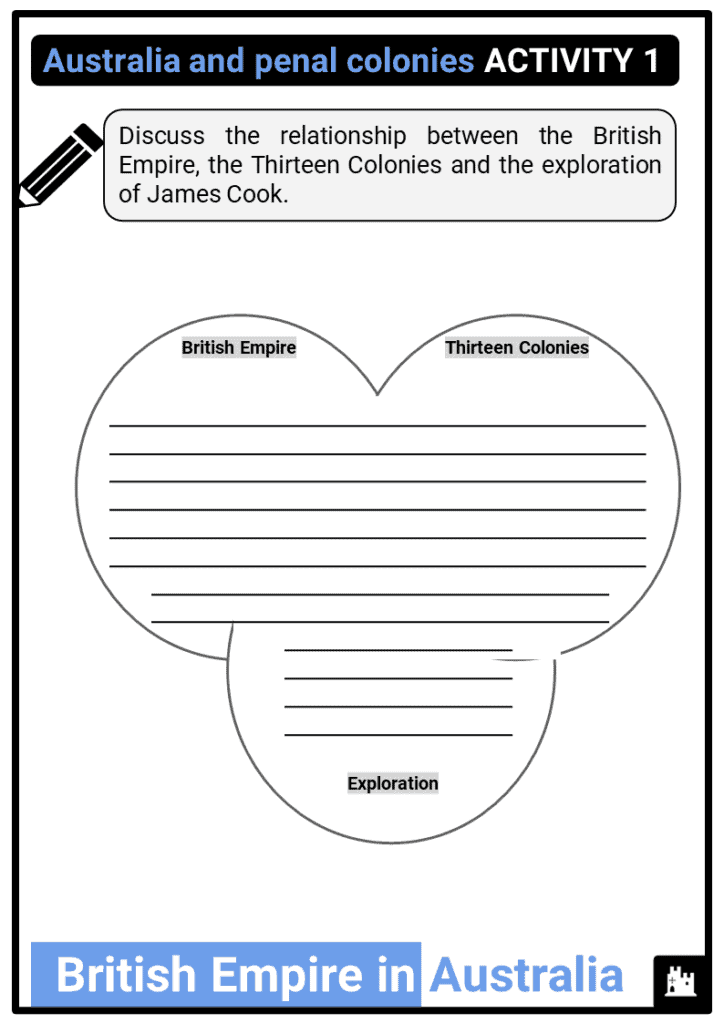 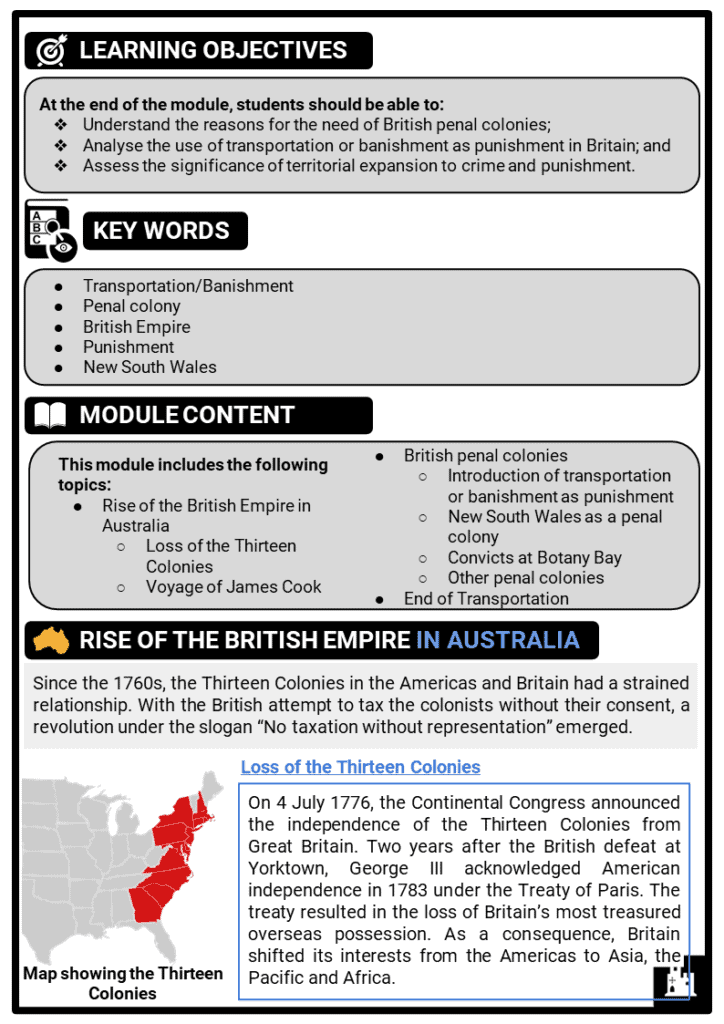 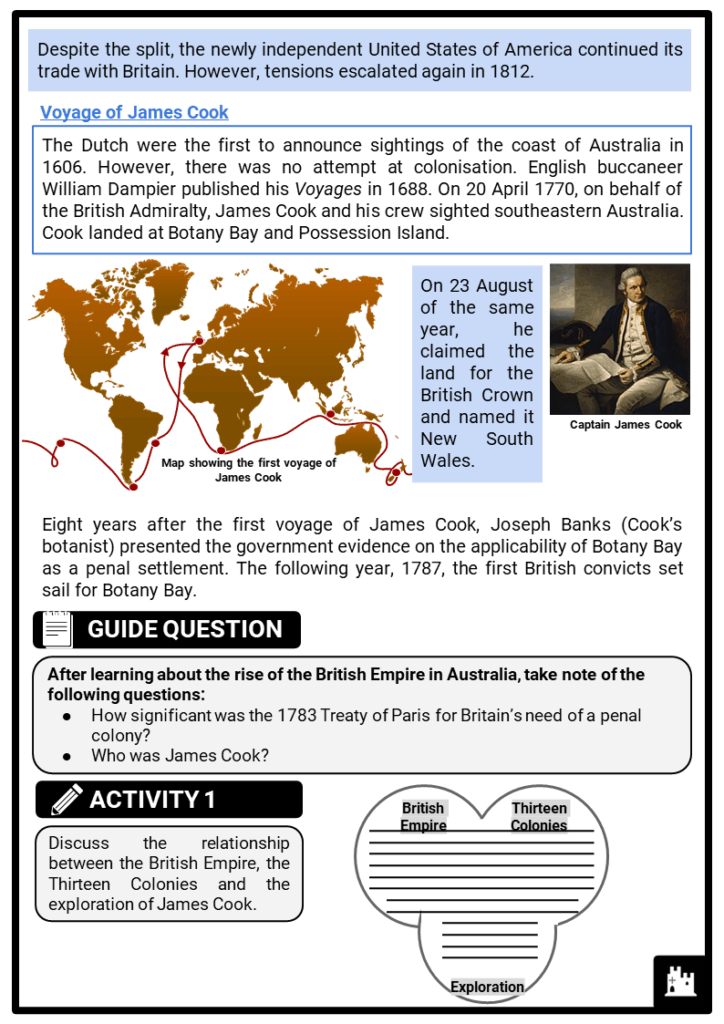