Do you want to save dozens of hours in time? Get your evenings and weekends back? Be fully prepared to teach every aspect of KS3 Teaching Resources.

While British rule of India began in the 18th century, the foundations of colonization were set decades before with the East India Company. Rich in natural resources such as cotton and spices, the Indian sub-continent became the jewel in the crown of the British Empire. Dissatisfied with the lack of representation in governing their land and people, Indian people grew discontent. Following their participation in WWI, India began the fight for independence that other colonies like Australia and Canada had already achieved. 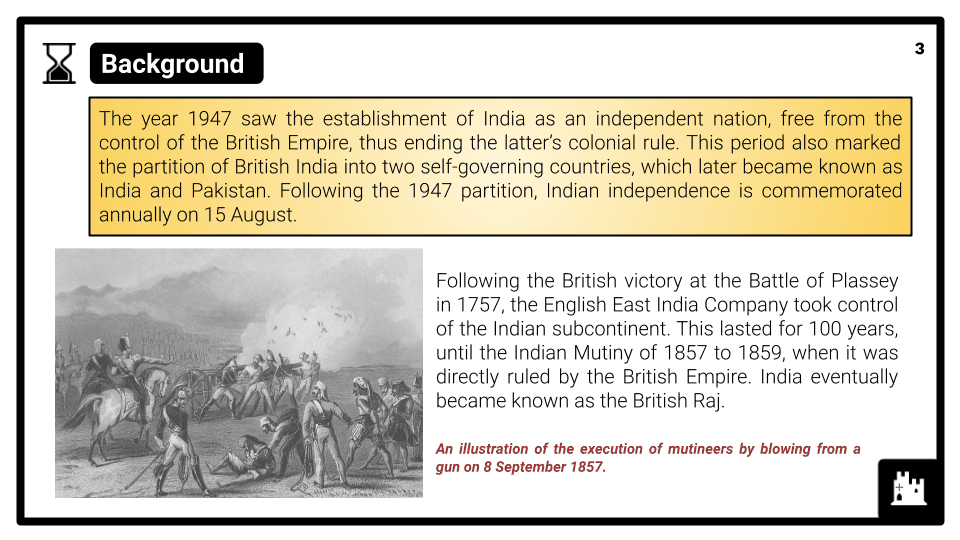 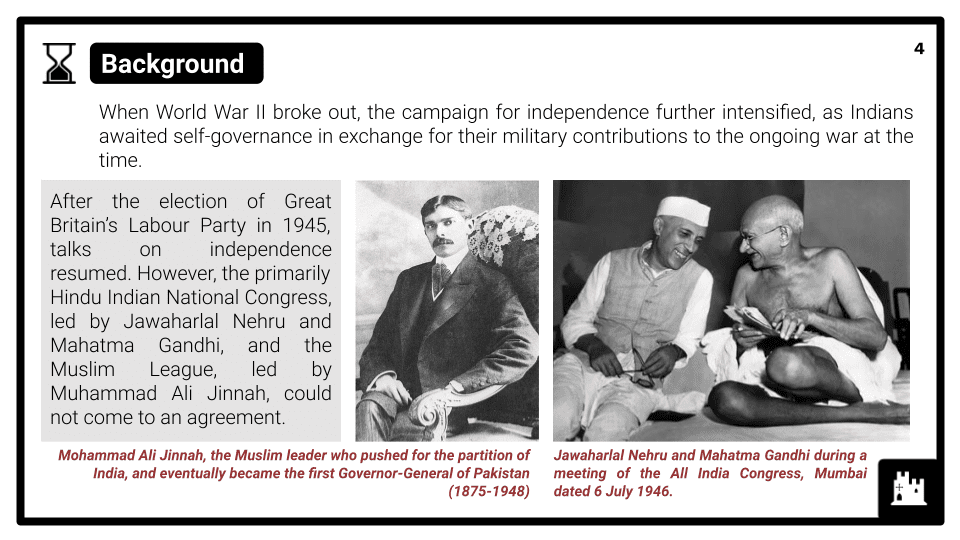 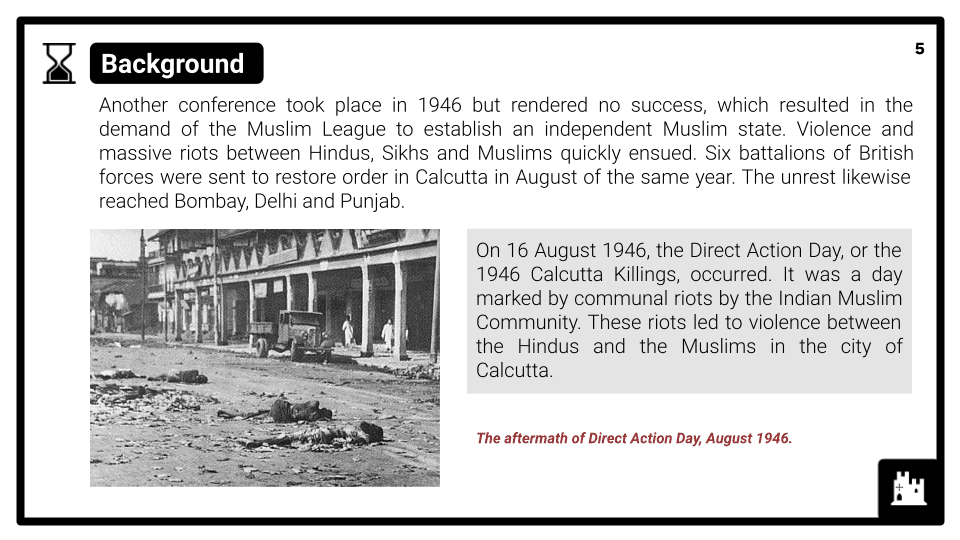 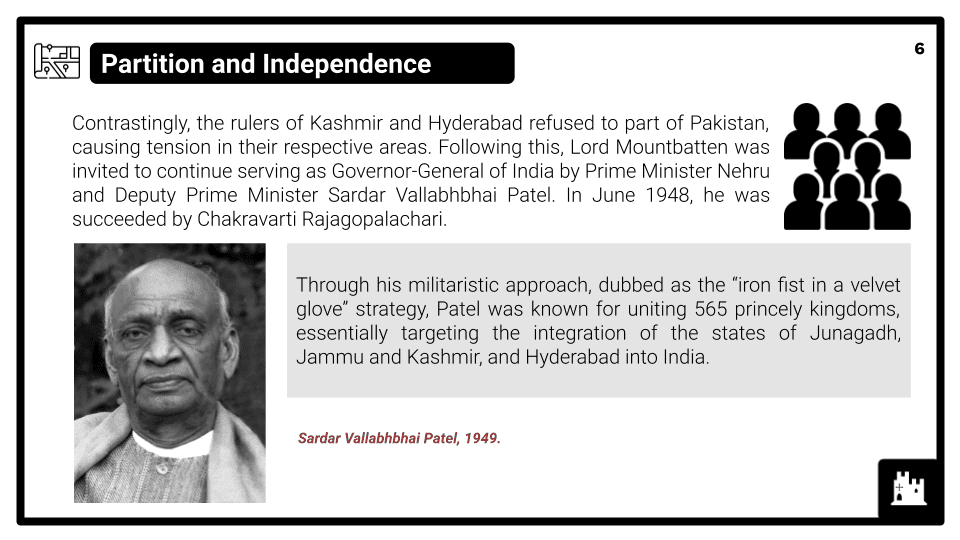 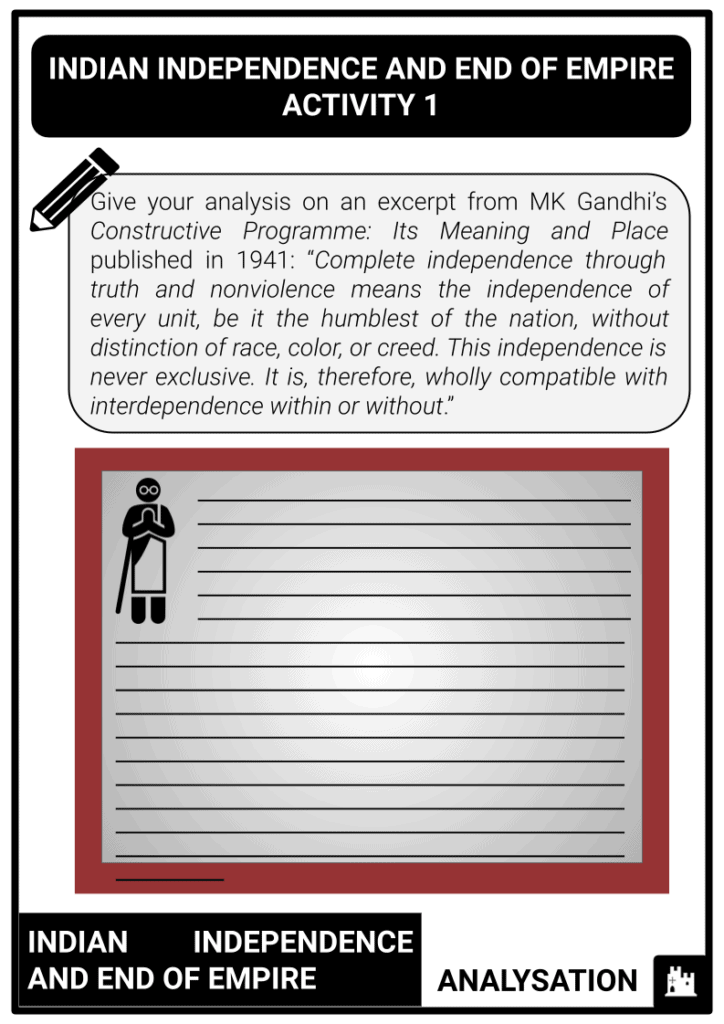 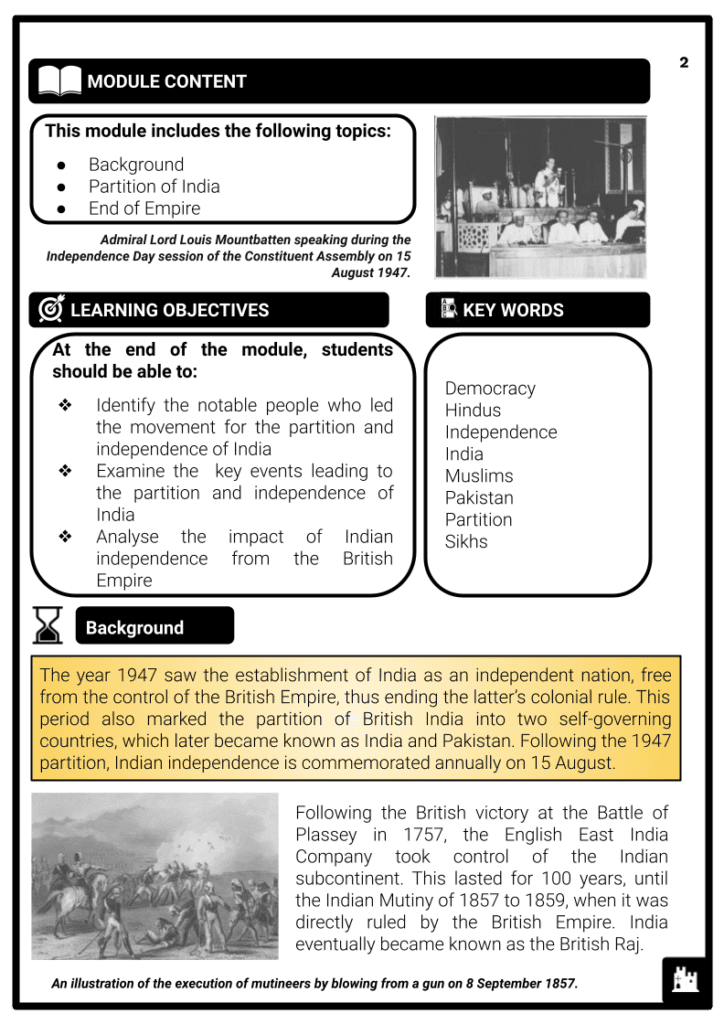 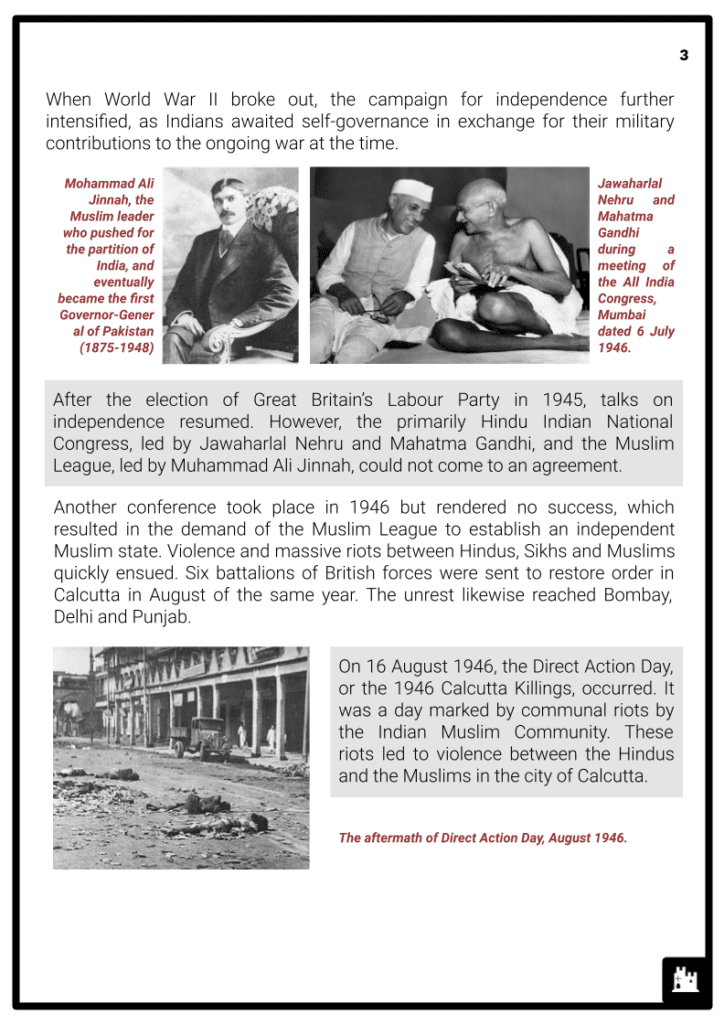