Do you want to save dozens of hours in time? Get your evenings and weekends back? Be fully prepared to teach any Russia, USSR, Communism KS3 topic?

Every Russia, USSR, Communism topic is covered, and each module comes complete with:

Russian history began with the early Mongol invasion and the creation of tsarist regimes. With the coming of industrialisation, many changes occurred to the Russian way of life. Poor living standards and working conditions, along with dissatisfaction with Russia’s involvement in WWI grew discontent and Tsar Nicholas II was overthrown in the Russian Revolution. The newly liberated Russia became known for political upheavals and turn of leadership and ideology. Key figures in the creation of Communism included Marx, Lenin and Stalin.

Learn more about significant events that led to the dominance of Communism in Russia, the roles and nature of various Russian/Soviet leaders, and how the turn of Soviet political events contributed to the development of international politics with our KS3 resources. You’ll find Student Activities, Lesson Presentation, and Revision Notes ready to download below. KS3 resources are ideally suited for Years 7, 8 and 9, or ages 11-14. 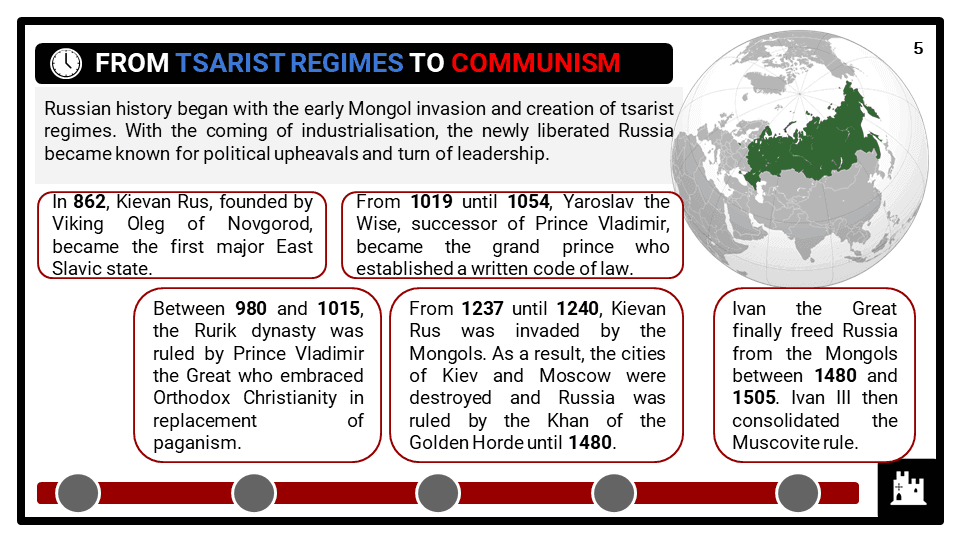 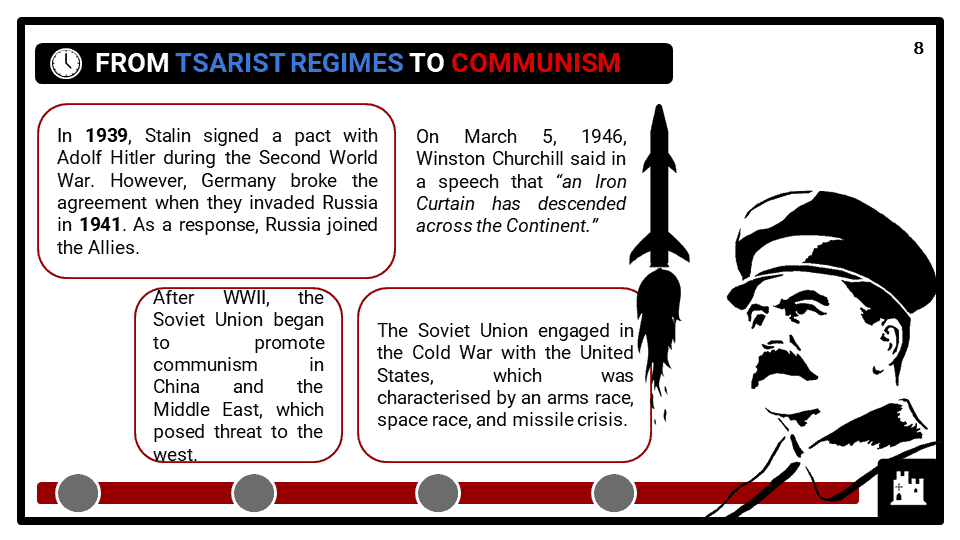 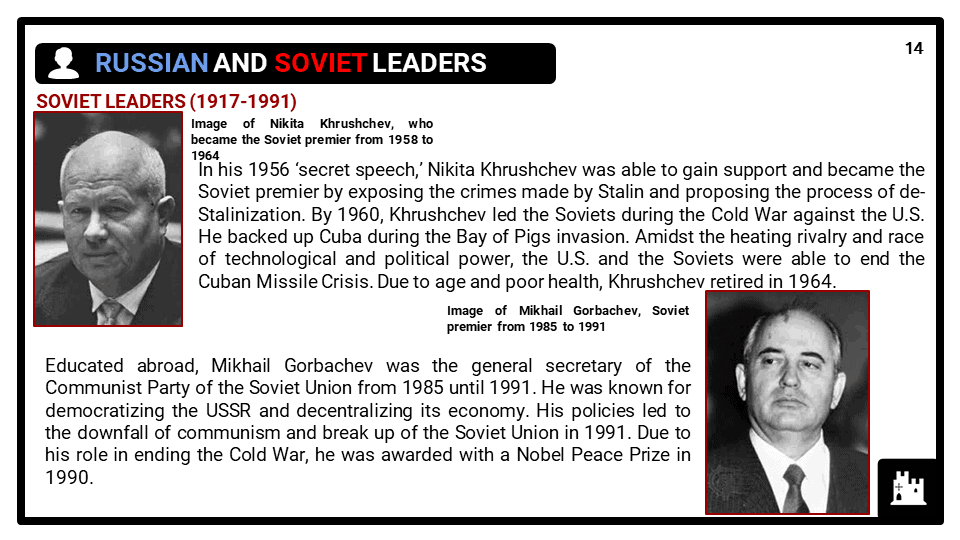 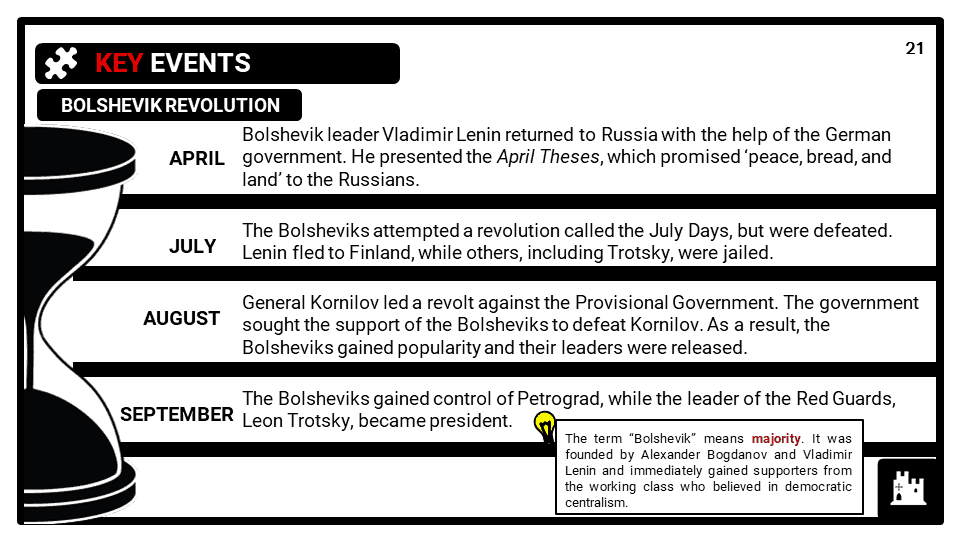 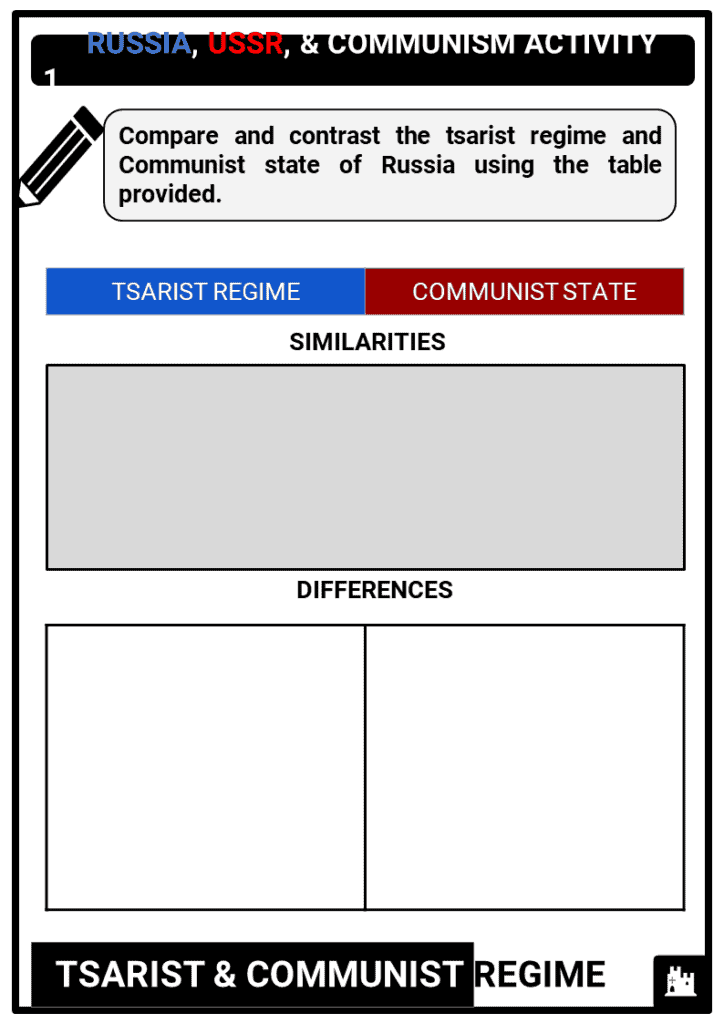 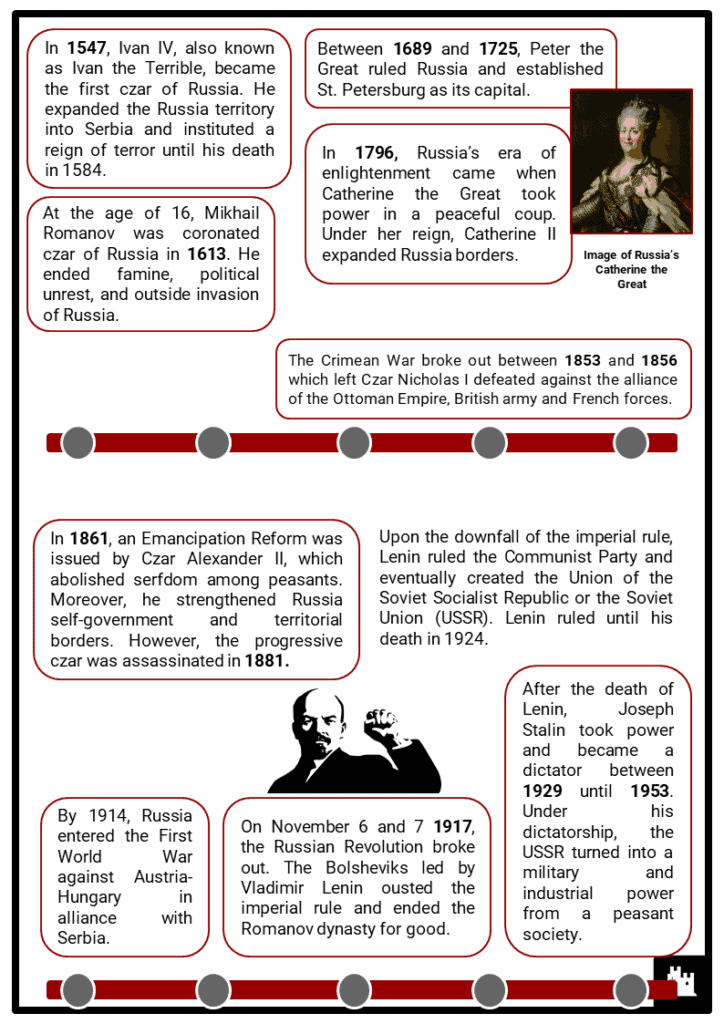 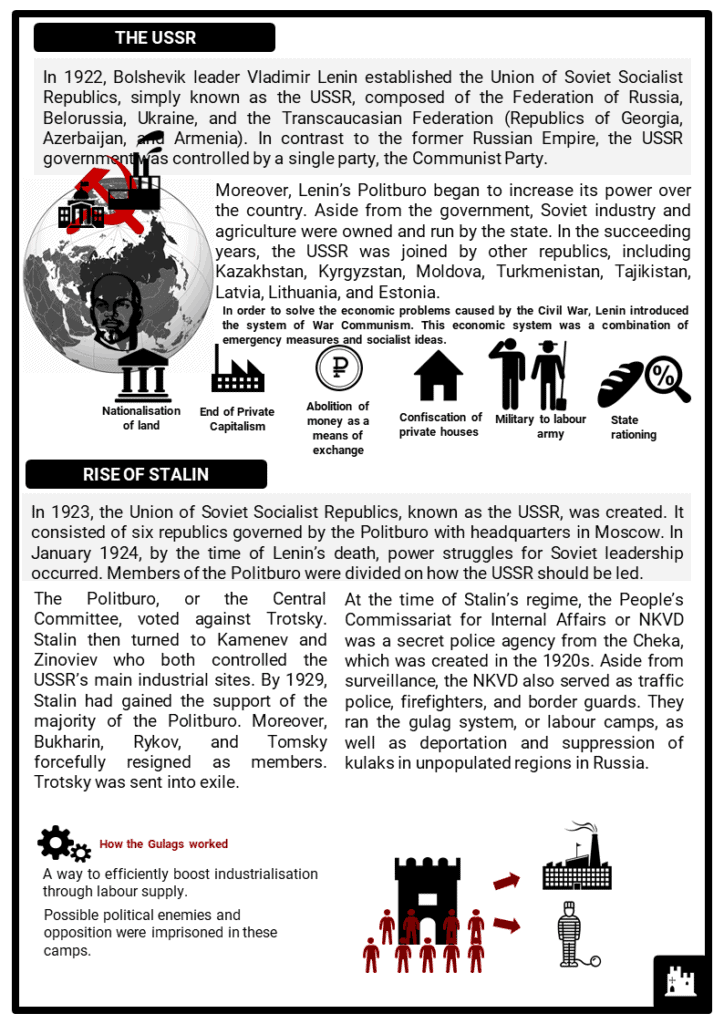