Do you want to save dozens of hours in time? Get your evenings and weekends back? Be able to teach about Constitutions of Clarendon to your students? 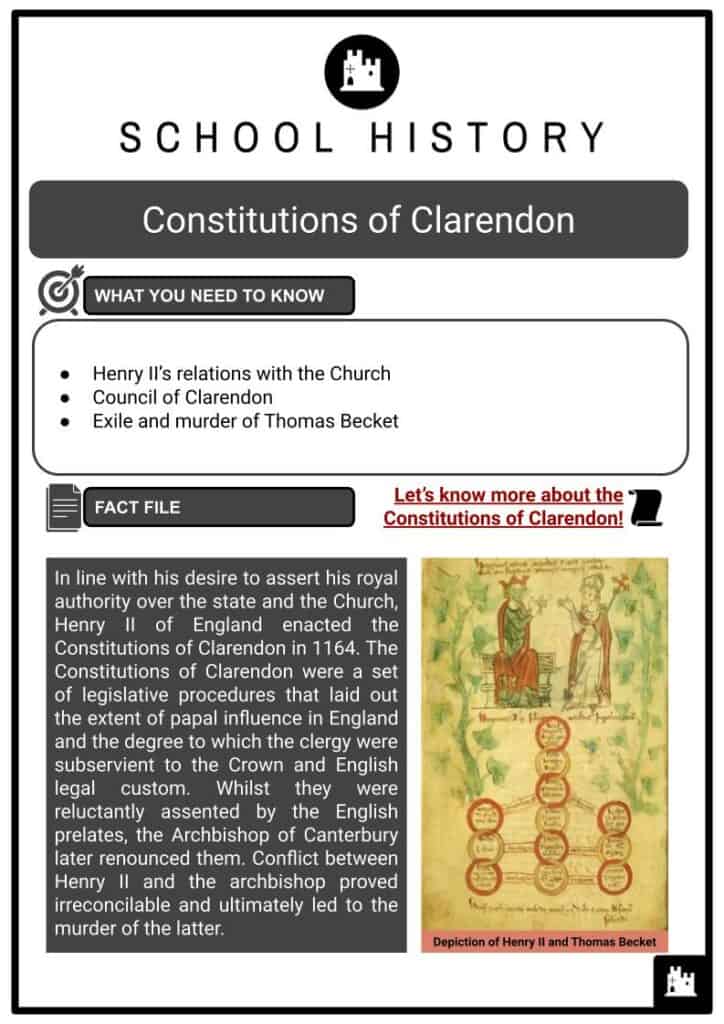 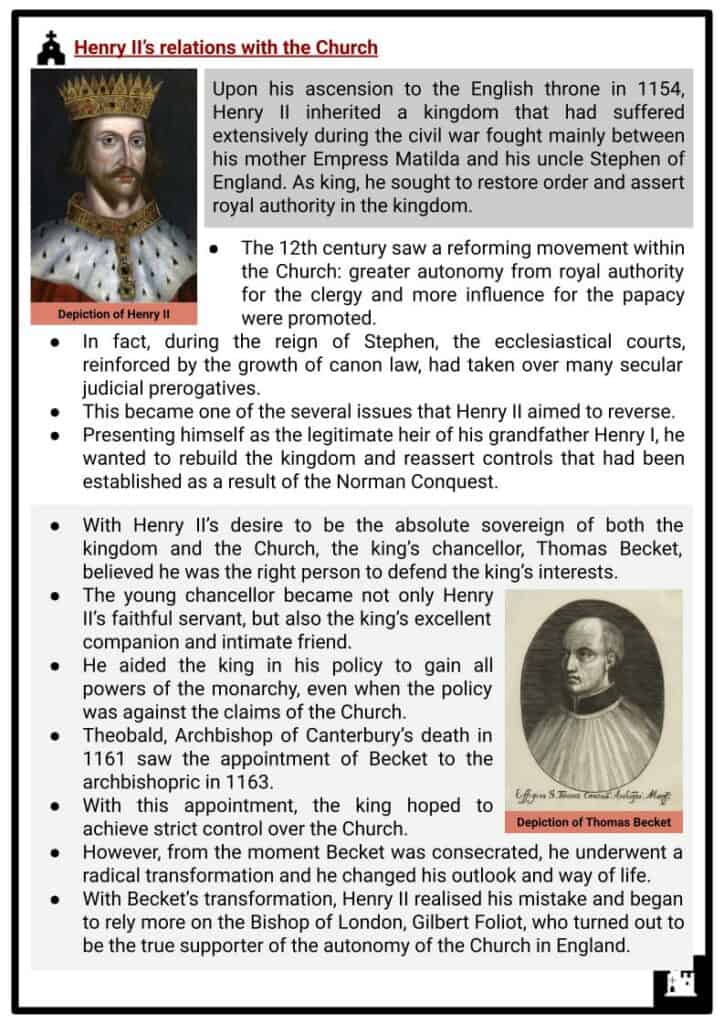 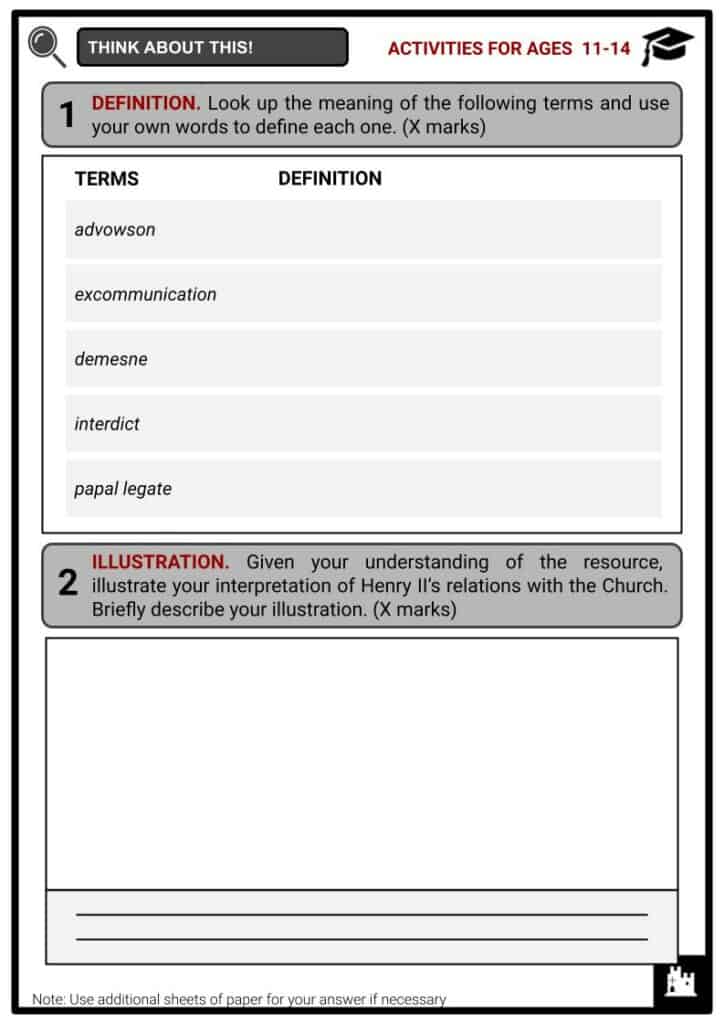 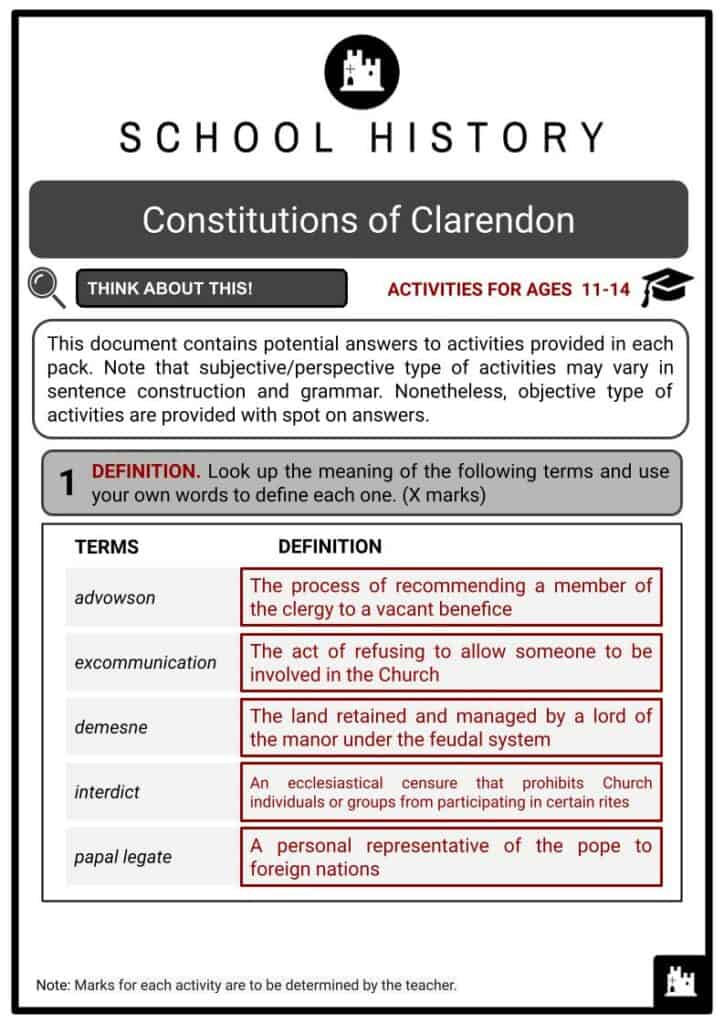 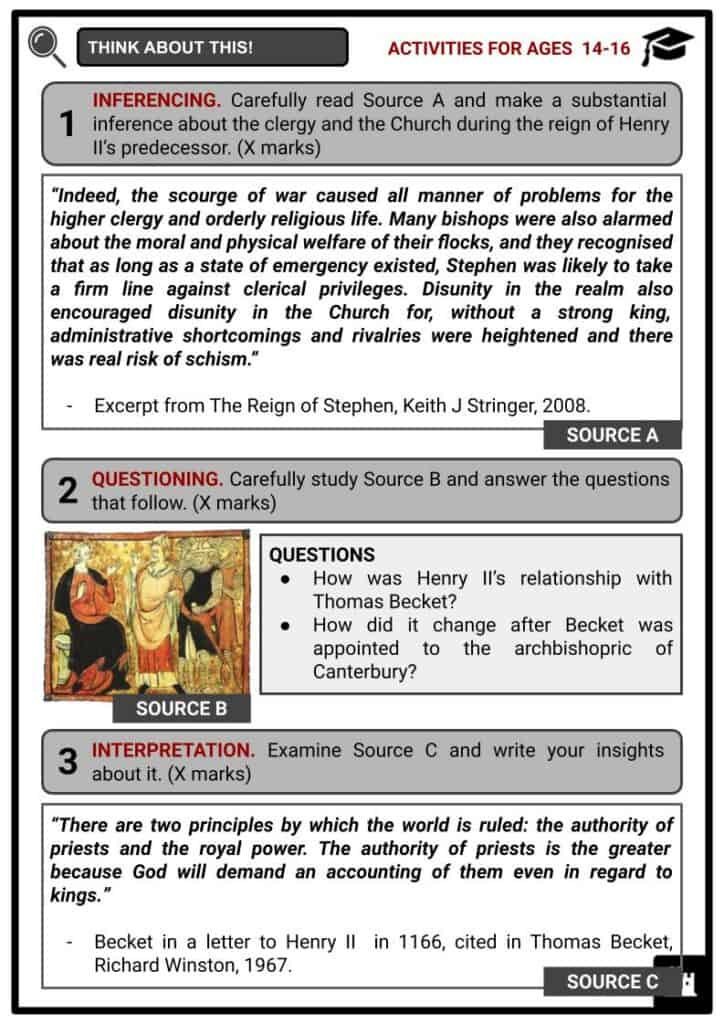 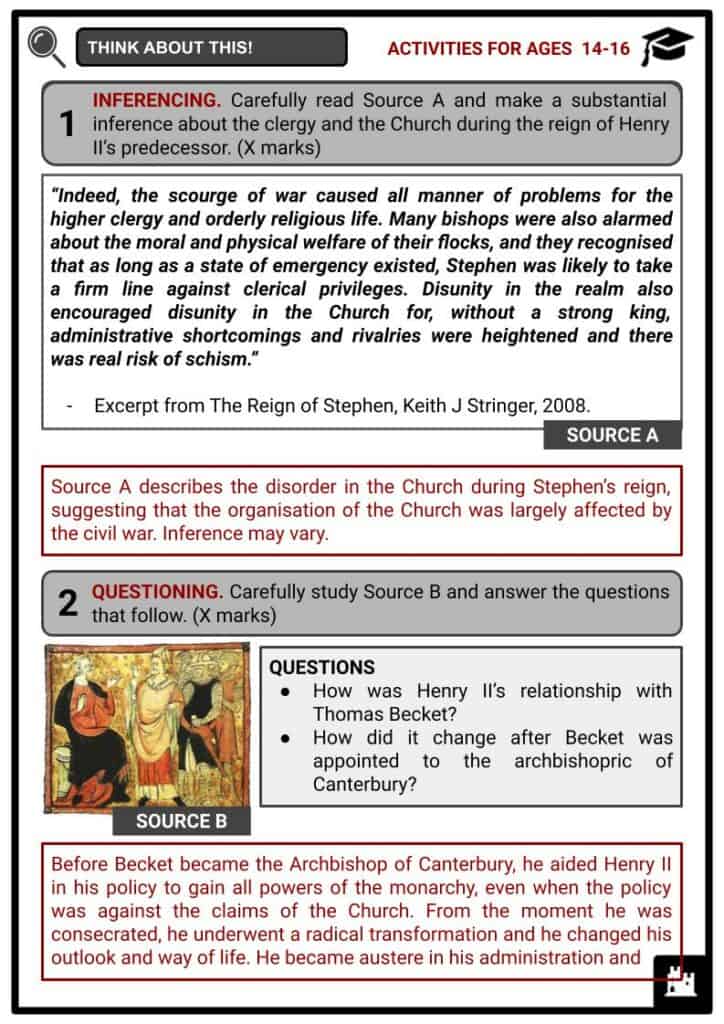 In line with his desire to assert his royal authority over the state and the Church, Henry II of England enacted the Constitutions of Clarendon in 1164. The Constitutions of Clarendon were a set of legislative procedures that laid out the extent of papal influence in England and the degree to which the clergy were subservient to the Crown and English legal custom. Whilst they were reluctantly assented by the English prelates, the Archbishop of Canterbury later renounced them. Conflict between Henry II and the archbishop proved irreconcilable and ultimately led to the murder of the latter.

Henry II’s relations with the Church

Articles of the Constitutions of Clarendon

Exile and murder of Thomas Becket