Do you want to save dozens of hours in time? Get your evenings and weekends back? Be able to teach about Edward the Confessor to your students? 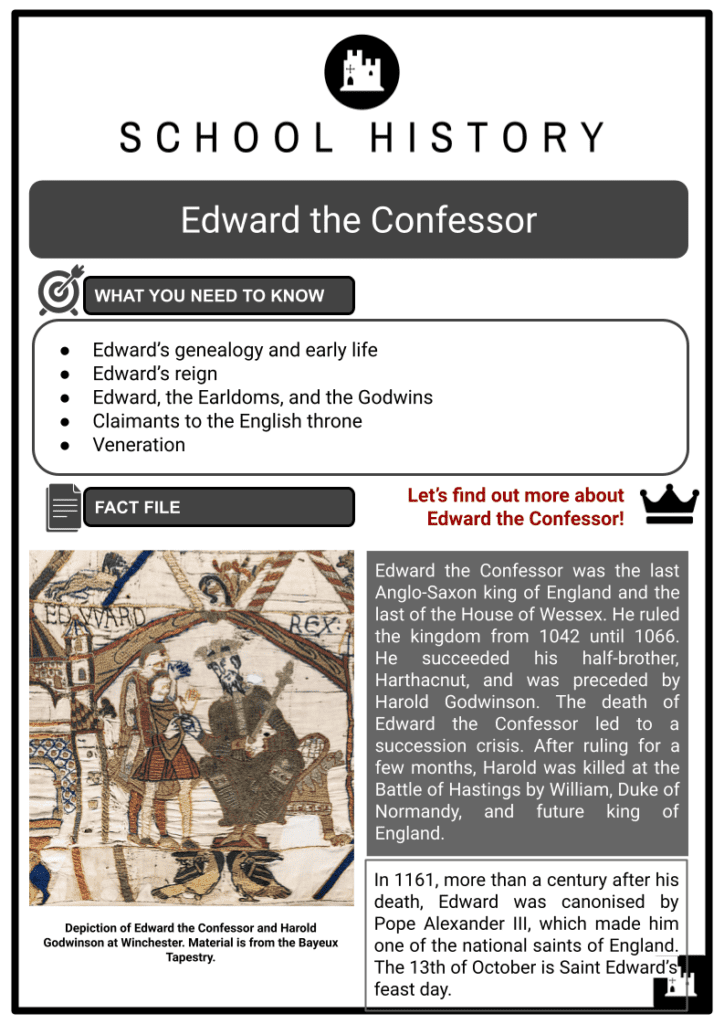 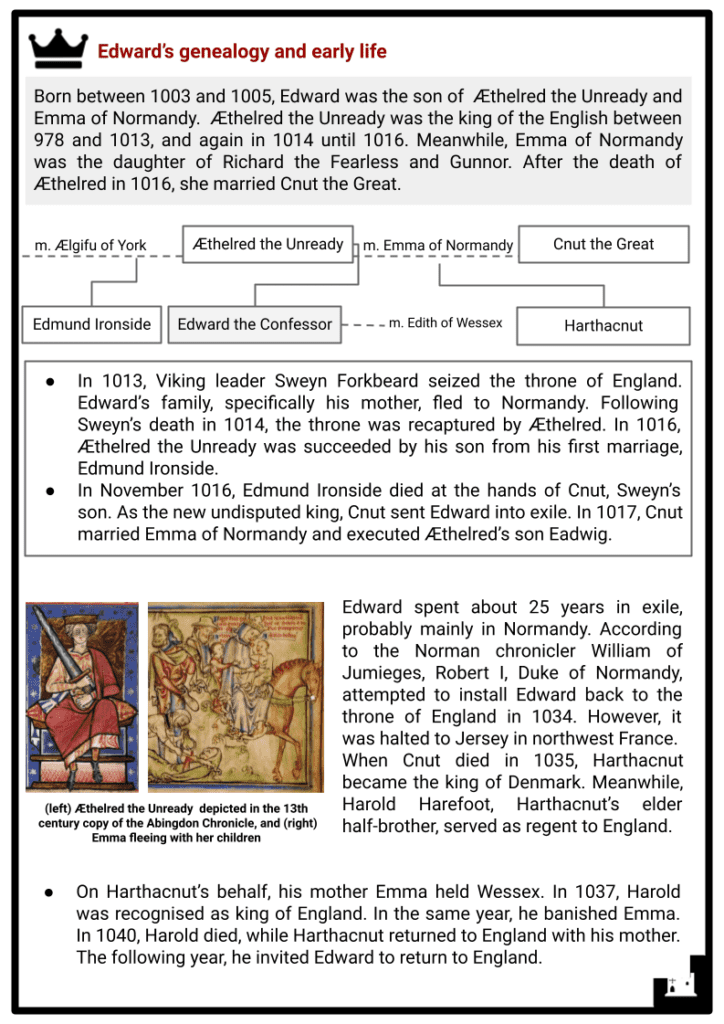 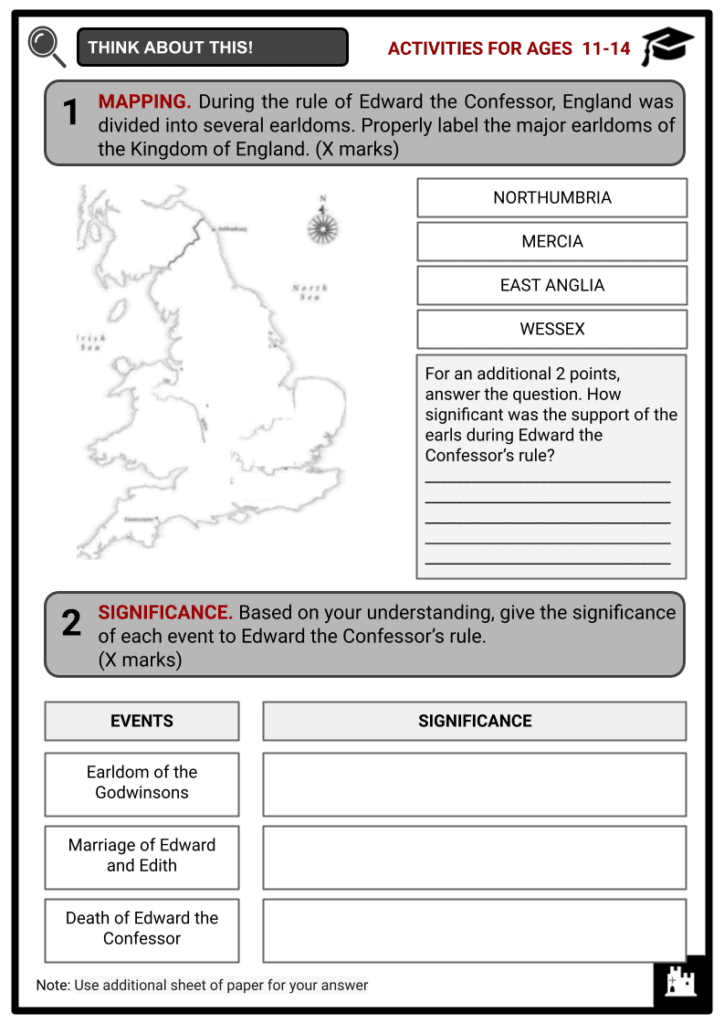 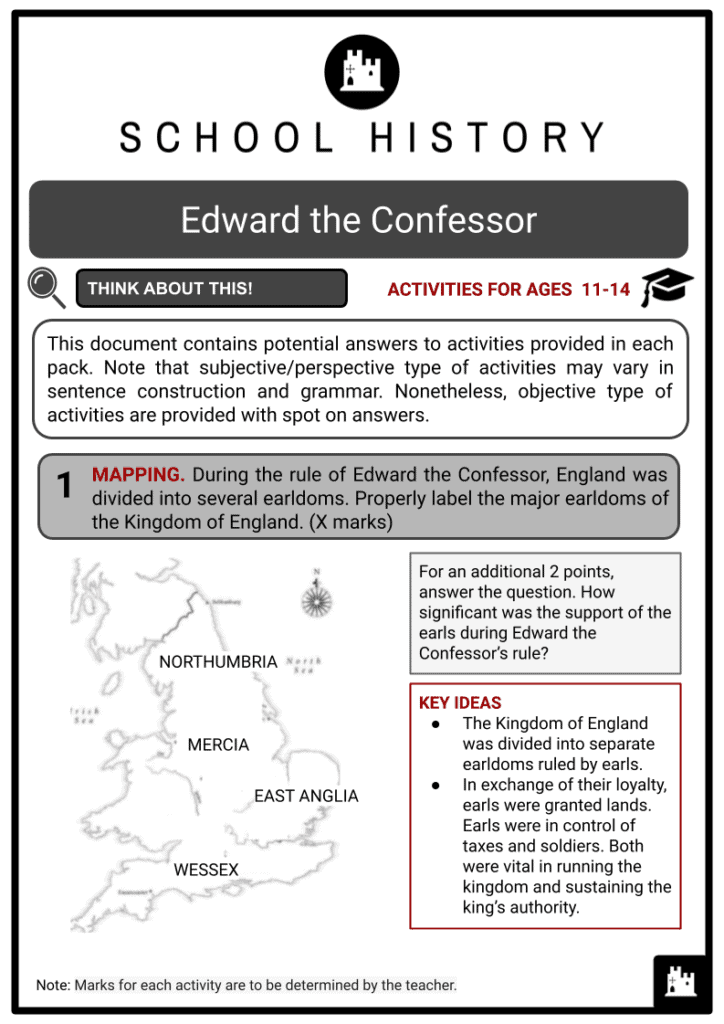 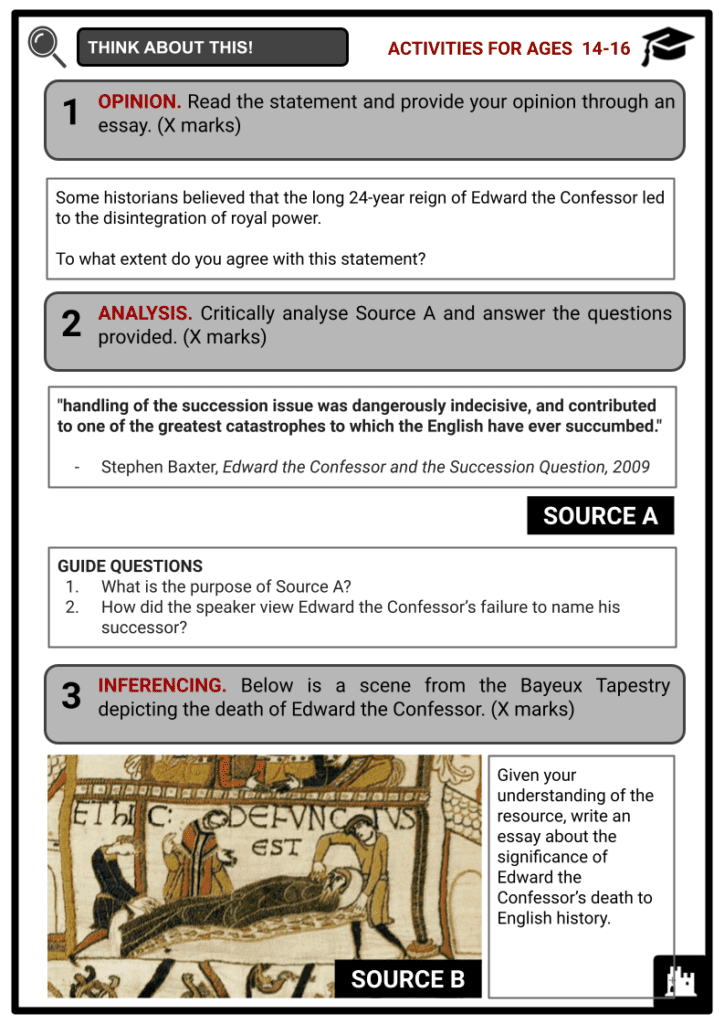 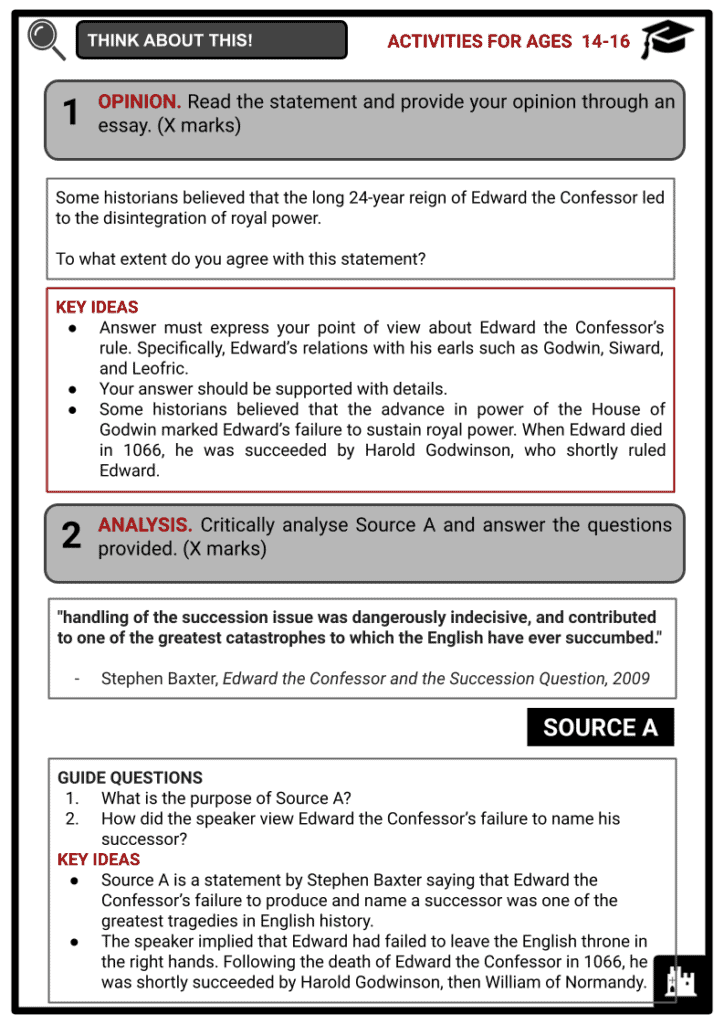 Let’s find out more about Edward the Confessor!

Edward the Confessor was the last Anglo-Saxon king of England and the last of the House of Wessex. He ruled the kingdom from 1042 until 1066. He succeeded his half-brother, Harthacnut, and was preceded by Harold Godwinson. The death of Edward the Confessor led to a succession crisis. After ruling for a few months, Harold was killed at the Battle of Hastings by William, Duke of Normandy, and future king of England.

Edward, the Earldoms, and the Godwins

Claimants to the English throne