Do you want to save dozens of hours in time? Get your evenings and weekends back? Be able to teach about Empress Matilda to your students? 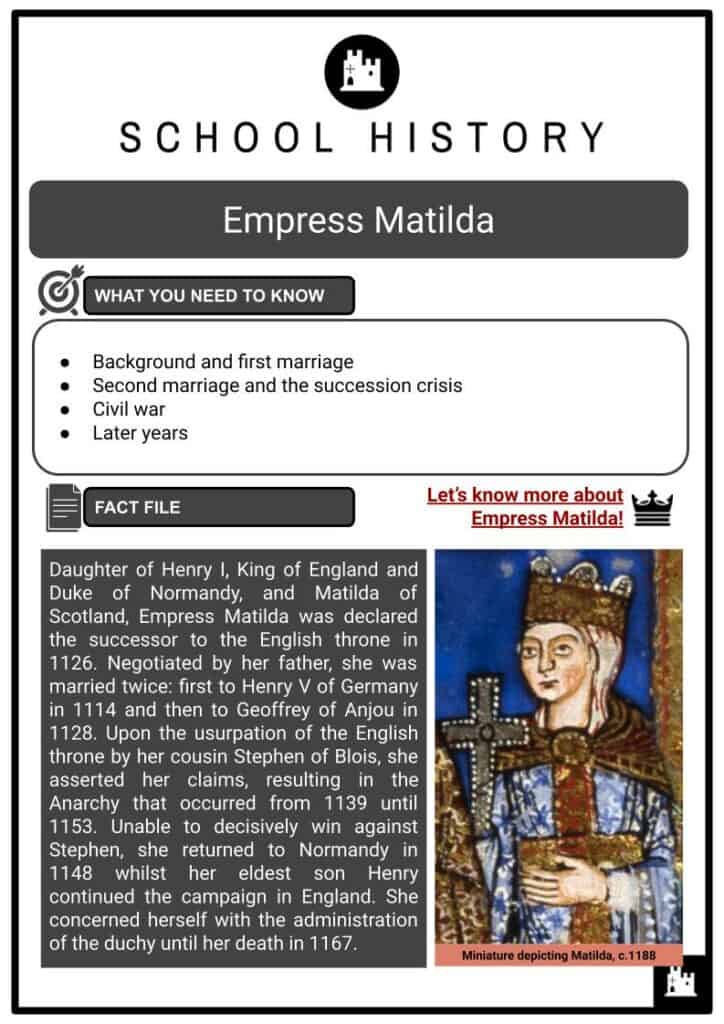 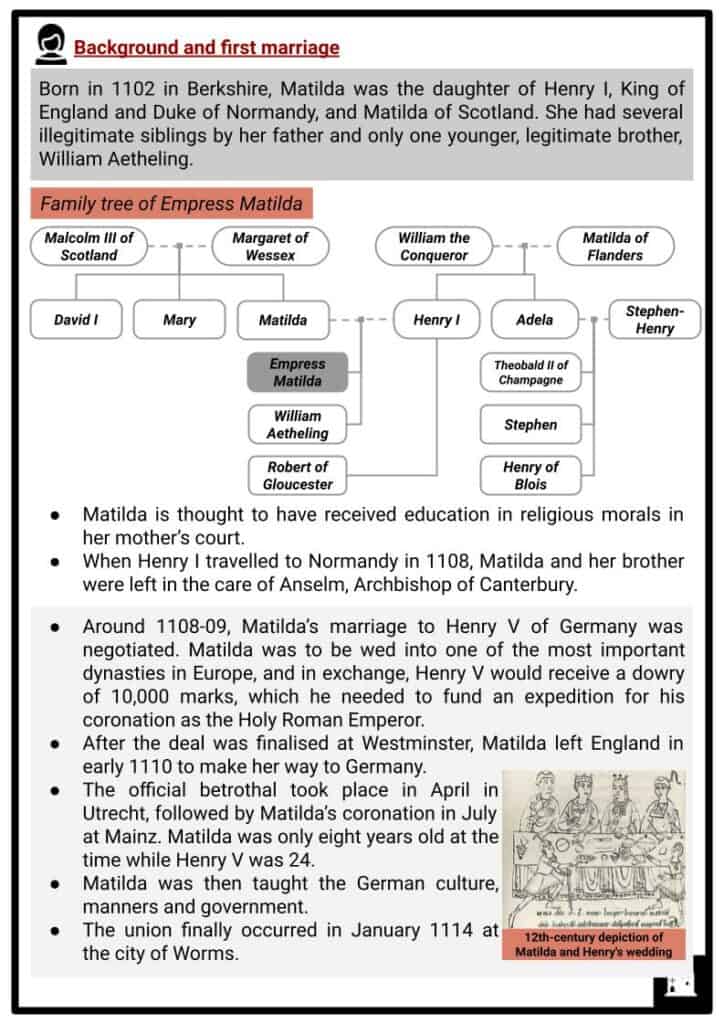 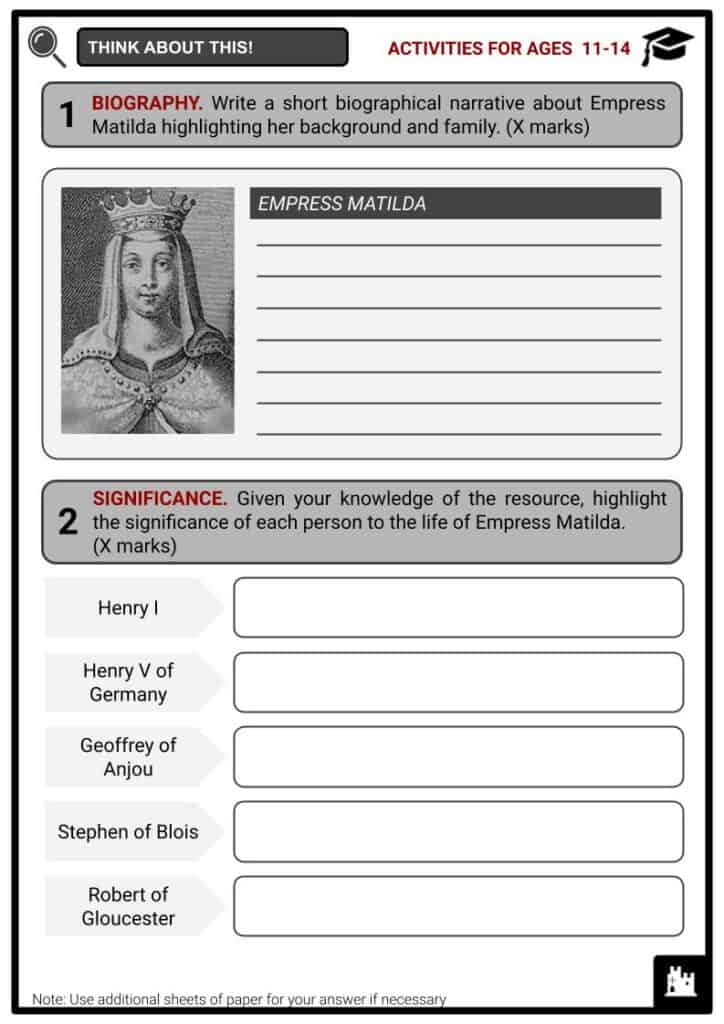 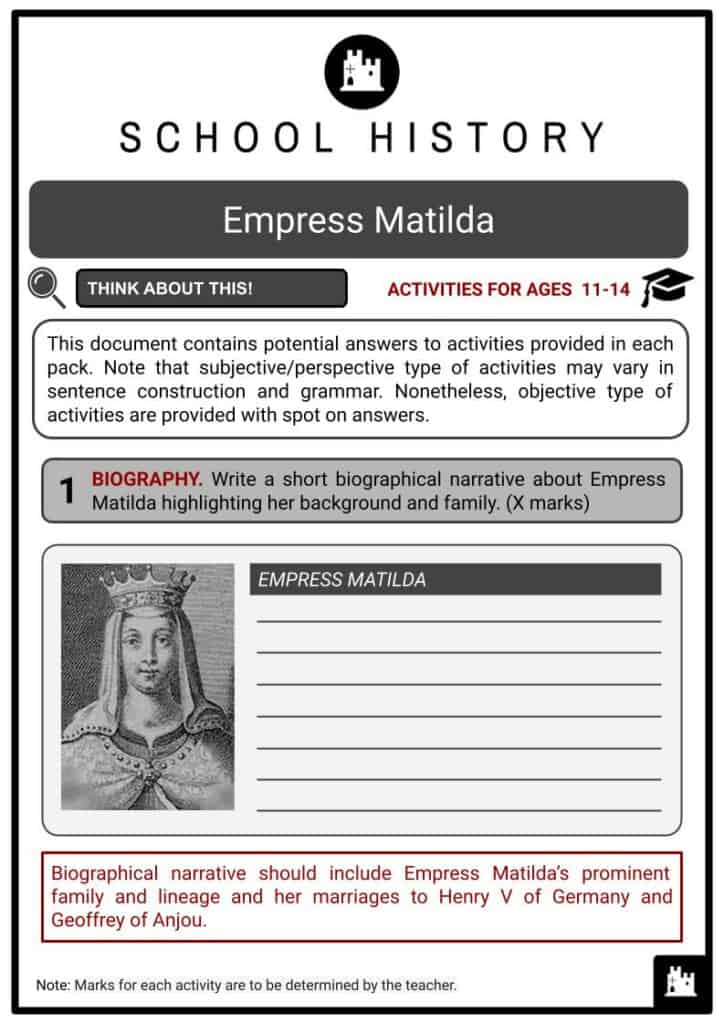 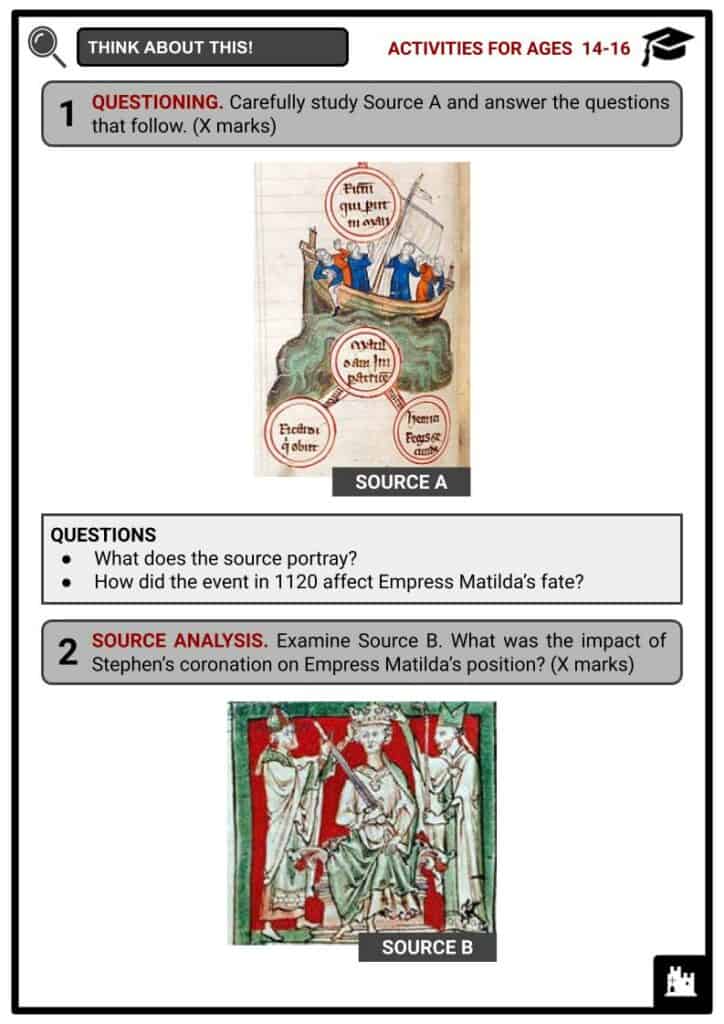 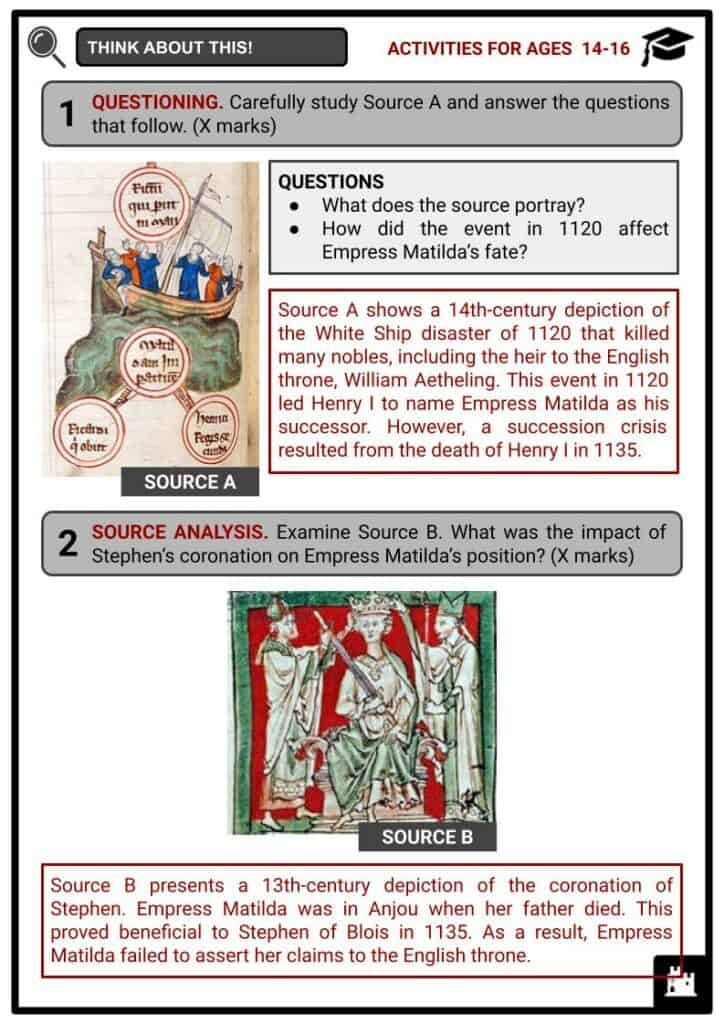 Daughter of Henry I, King of England and Duke of Normandy, and Matilda of Scotland, Empress Matilda was declared the successor to the English throne in 1126. Negotiated by her father, she was married twice: first to Henry V of Germany in 1114 and then to Geoffrey of Anjou in 1128. Upon the usurpation of the English throne by her cousin Stephen of Blois, she asserted her claims, resulting in the Anarchy that occurred from 1139 until 1153. Unable to decisively win against Stephen, she returned to Normandy in 1148 whilst her eldest son Henry continued the campaign in England. She concerned herself with the administration of the duchy until her death in 1167.

Second marriage and the succession crisis

Timeline of the Anarchy