How Did the Feudal System Work?

School History > Medieval > How Did the Feudal System Work?
Free 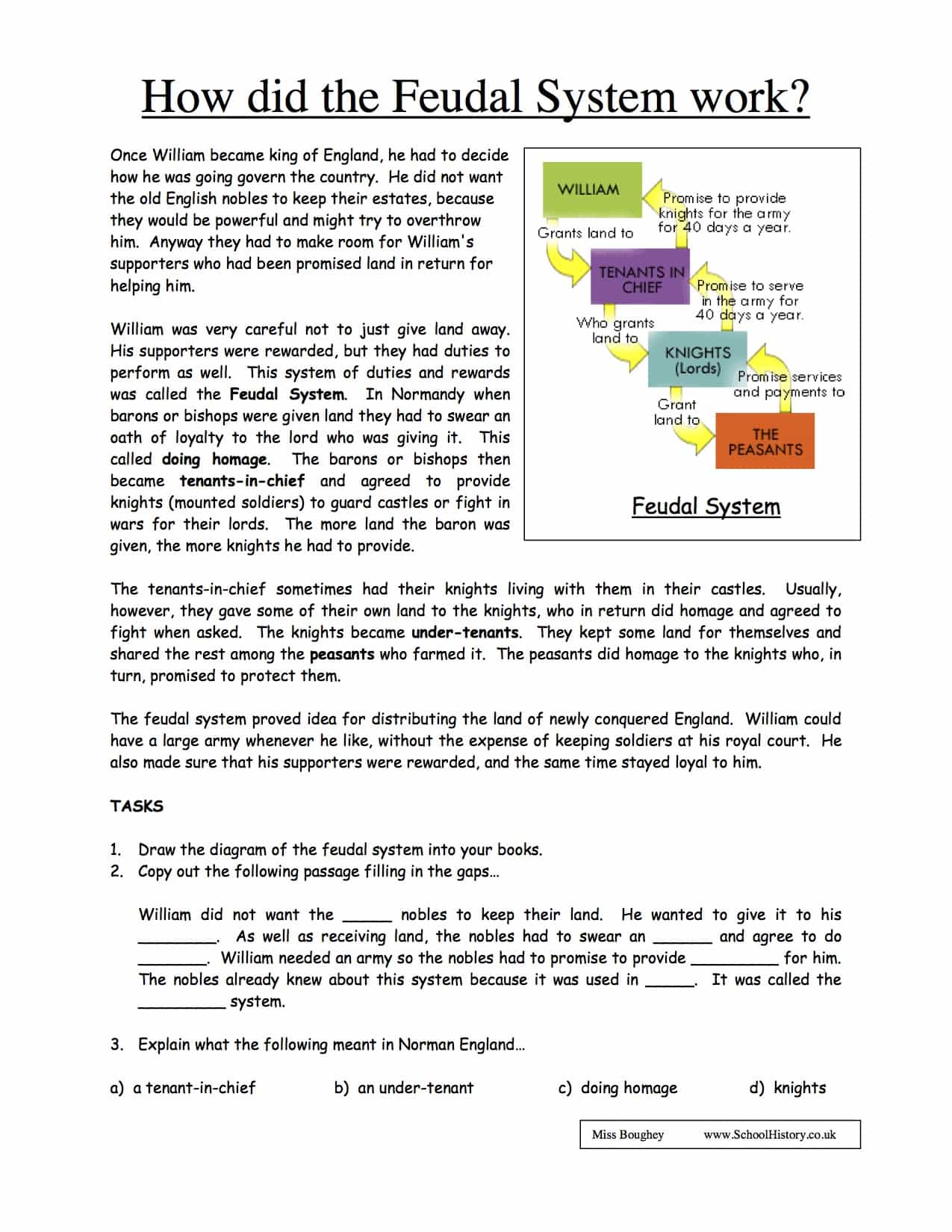 How did the system work?

Once William became king of England, he had to decide how he was going govern the country. He did not want the old English nobles to keep their estates, because they would be powerful and might try to overthrow him. Anyway they had to make room for William’s supporters who had been promised land in return for helping him.

William was very careful not to just give land away. His supporters were rewarded, but they had duties to perform as well. This system of duties and rewards was called the Feudal System. In Normandy when barons or bishops were given land they had to swear an oath of loyalty to the lord who was giving it. This called doing homage.

The barons or bishops then became tenants-in-chief and agreed to provide knights (mounted soldiers) to guard castles or fight in wars for their lords. The more land the baron was given, the more knights he had to provide.

The tenants-in-chief sometimes had their knights living with them in their castles. Usually, however, they gave some of their own land to the knights, who in return did homage and agreed to fight when asked. The knights became under-tenants. They kept some land for themselves and shared the rest among the peasants who farmed it. The peasants did homage to the knights who, in turn, promised to protect them.

The feudal system proved idea for distributing the land of newly conquered England. William could have a large army whenever he like, without the expense of keeping soldiers at his royal court. He also made sure that his supporters were rewarded, and the same time stayed loyal to him.