Medieval Town: Where Would You Choose?

School History > Medieval > Medieval Town: Where Would You Choose?
Free 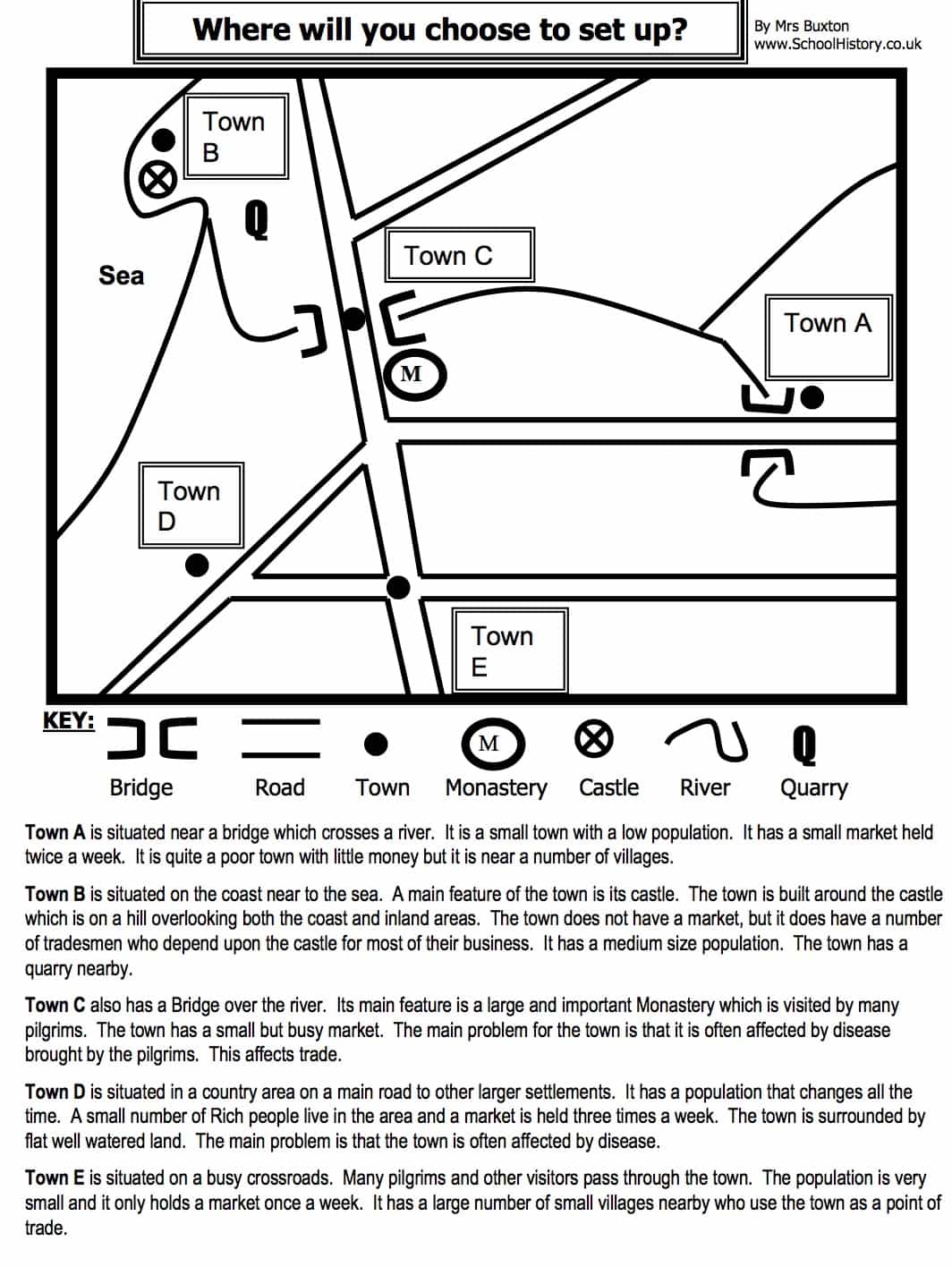 Town A is situated near a bridge which crosses a river. It is a small town with a low population. It has a small market held twice a week. It is quite a poor town with little money but it is near a number of villages.

Town B is situated on the coast near to the sea. A main feature of the town is its castle. The town is built around the castle which is on a hill overlooking both the coast and inland areas. The town does not have a market, but it does have a number of tradesmen who depend upon the castle for most of their business. It has a medium size population. The town has a quarry nearby.

Town C also has a Bridge over the river. Its main feature is a large and important Monastery which is visited by many pilgrims. The town has a small but busy market. The main problem for the town is that it is often affected by disease brought by the pilgrims. This affects trade.

Town D is situated in a country area on a main road to other larger settlements. It has a population that changes all the time. A small number of Rich people live in the area and a market is held three times a week. The town is surrounded by flat well watered land. The main problem is that the town is often affected by disease.

Town E is situated on a busy crossroads. Many pilgrims and other visitors pass through the town. The population is very small and it only holds a market once a week. It has a large number of small villages nearby who use the town as a point of trade.