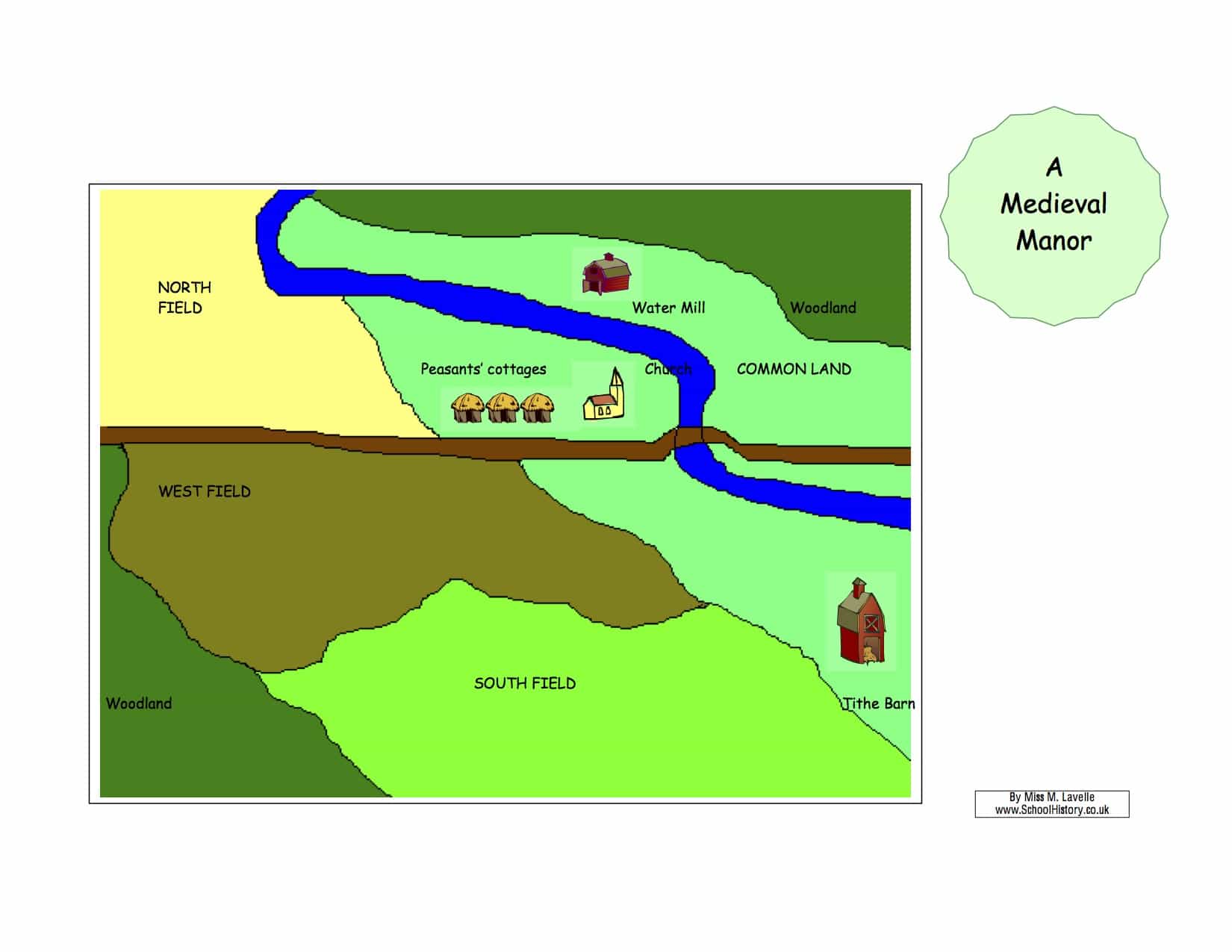 The land that was owned by the lord was called the manor. A manor consisted of a village with land around it. The villeins lived in the village, which was surrounded by three large fields. Each field was divided into long strips. A villein would farm strips in each of the fields. This made sure that everyone had a share of the good land and the bad land. The strips were divided by mounds of earth or by rocks.

Every year, one field was left fallow, or empty, so that the soil could get its goodness back.

Strip farming meant that villeins had to work together. A whole field would be sown and harvested, and each villein worked closely with his neighbour to get his work done.

Villeins lived on the manor in cruck-houses. Their house would have a small garden, where vegetables like carrots and cabbages could be grown. The villeins usually built their own house, and had very few possessions. They would have some animals like pigs, sheep, cows and chickens, but other than their day-to-day tools and equipment, they owned very little.

A Villein’s diet was very different to ours. It did not change very much year in, year out. Sometimes a villein might have meat, usually bacon because pigs were easy to keep. There were no fridges, so meat was salted or smoked to keep it fresh. Poor families often went hungry. One child in every three would die before its first birthday, because there was not enough food.